I've been struggling the last month or so with my reading. I WANT to be reading and life keeps interfering. Also the Raptors being in the playoffs was interfering. But to be fair, Rachel's birthday, Sam's ball games, and having almost two weeks straight of overnight guests also interfered.

However, I have read four books since Sunday so I think I'm back to my regular reading stride -- with a little extra to make up for all the reading I missed. I don't know if you can relate to this but reading relaxes me. When I get enough time to read, I can feel the rest of life falling into place. When I don't get enough reading time, I get stressed and have a harder time focusing. (Hmmmm... you may have noticed that my reading/books blog label is "Addicted to Books." There may be more truth to the "addicted" part than I originally realized.) All this is to say, here are the books I've been reading lately (where "lately" is defined as the "last two weeks"). 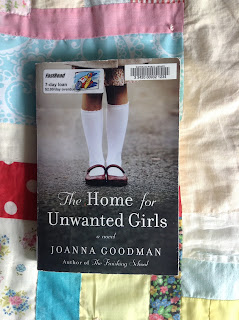 This is our One Book, One Community book and it's about teenage pregnancy in Quebec (one of the Canadian provinces) in the 1950s. It's also about how many of the babies who were given up (taken away), were eventually labelled as psychiatric patients. This was because the system received more funding from the government for psychiatric patients than for orphans/unwanted children. It's a story of loss, love, hope, tragedy, and overcoming hardships. And it makes me more grateful than ever that I was adopted and not put into the foster care system. (And this is not knocking foster care -- like everything else, it's not perfect but it's trying hard.) 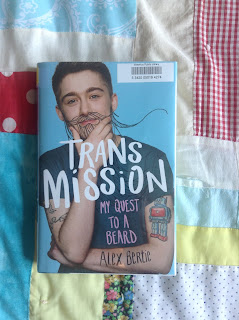 When Dave and I went to see Come From Away for my birthday we had time to spare so we looked around Indigo for a bit. Indigo had a whole display of diverse books and I took pictures of the ones I thought looked interesting. This is one of those books. I feel like it's a textbook for anyone who thinks they might be trans and wants to know how to address some of the complications which come along with that. Alex Bertie tells his story and gives, what I would think, is a TON of helpful advice -- from how to tell your parents to discussions about hormones and surgeries to more. This book opened my eyes even more to all the myriad of issues trans people have to think about which I, as a cisgender person, am not even aware of. 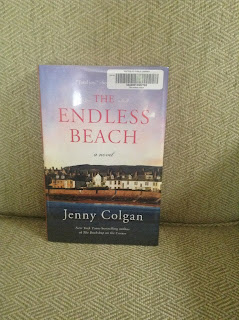 Jenny Colgan is an author I've discovered recently and most of her books are feel good reads about women who start over -- for one reason or another. This book follows the same characters from The Cafe By the Sea and it goes deeper into some of their stories. There was a twist in this book which had me full out SOBBING at one point -- I just didn't expect it and it was so sad. I haven't found this to be the case with Jenny Colgan before so you have been warned. It's still a really good book -- just not quite as cheery as the others of hers I've read. 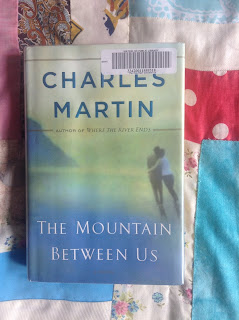 My blog friend, Erika, (who is now more of an Instagram friend because she doesn't blog as much -- boo), recommended this book ages ago. Our library has a three week loan period and you can renew books twice. I'd had this book once before for the full nine weeks and just hadn't read it. Then I had it for another nine weeks, and with eight weeks and four days gone, I finally picked it up. And then I. Couldn't. Put. It. Down. I started reading it late at night (after the Raptors won the NBA finals and I'd already stayed up way too late watching the game and the post-game interviews), and then I read this book for another three hours. It sucked me in. It's a story of a man and a woman who survive a small plane crash and then have to get themselves out of the mountains they're stuck in. It's also a story about love. And it is so worth reading. If I'd known how engaging it was, I would have started it the day I brought it home from the library for the first time. 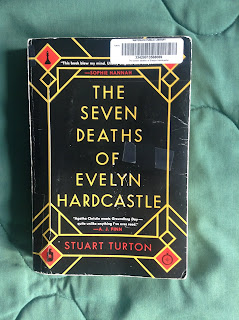 So did you know that Americans sometimes have different titles than the British? And guess which system Canadian publishers favour? (I gave you a hint there with my spelling.) Yeah. So sometimes when I see a bunch of American readers raving about a book, my trusty library lets me down and I CANNOT find it. I'm looking at you My Grandmother Asked Me to Tell You She's Sorry. Grrrr. It turns out that My Grandmother Sends Her Regards and Apologises is the exact same book. It took me forever to figure out that this is the exact same book as The Seven 1/2 Deaths of Evelyn Hardcastle. Apparently, the original title was too confusing with The Seven Husbands of Evelyn Hugo so it's marketed differently in the States.

ANYWAYS... This book is the perfect book to read if you like twisty, what's going on here, stories. It's a mystery but really different from other ones I've read lately. I really want someone else to read it so I can talk with them about what happened. Let me know if you've picked it up. 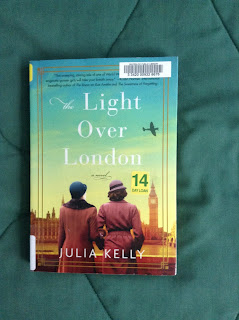 I devoured this book in a day. It was a good read, with an unexpected twist. It's a World War II story but it's also so much more than that. Louise leaves her small British village and signs up with the women's branch of the British army. This book goes between Louise's experiences and her romance with a pilot, and present day Cara who is trying to sort her life out after her divorce. I would pick this book up because it's not your typical love story. And it's World War II in London and we all know I am really loving that time period right now. (And while I've seen this book compared to The Lilac Girls and The Alice Network I would not do that. This book was good but those books were AMAZING!!!) 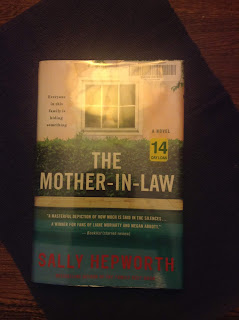 I ended up reading this book quite quickly as well. The story moves between past and present. In the present Diana, Lucy's mother-in-law, has died. In the past, their relationship has been rocky. As we get to know both Lucy and Diana, and the rest of the family, it turns out that their relationship is not quite what it seems. What really happened and how is it all going to end? This book kept me engaged and I just wanted to finish it and see how it all turned out. 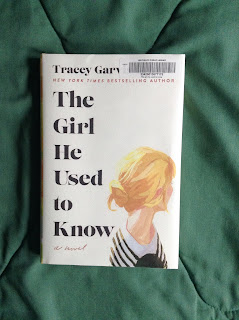 I heard about this book from Emily and I loved it. Like "read it in one sitting" loved it. I just thought the whole story was well done and I was not paying enough attention because the final part of the book took me by surprise. I want to know "what happens next" but maybe it's good that I don't know, because I will continue to write these characters' story in my head. And I just thought that Annika's relationship with Janice was beautiful. Yes, this is a love story but it is also a best friend story.

So that's what I've been reading lately. What should I pick up next? I mean, it's not like I have a stack of 13 books already out of the library with 21 holds I'm waiting for. I definitely need more book recommendations! Ha!
Posted by Natasha at 06:39