I want to devote a separate post to the scheduled princess meet and greets from our cruise. These were the only two events (Princesses and Frozen) which we had to reserve free tickets for and we had them on two different days. Again, I was so impressed with how much time each character gave to Rachel. 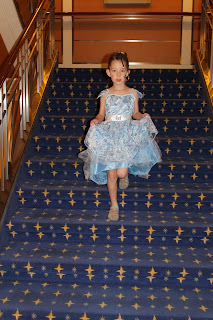 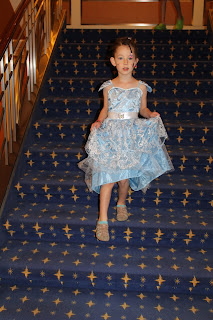 We only brought one princess dress for Rachel to wear but we could have probably bought another one. She loved walking down the stairs "like a princess" -- her interpretation! 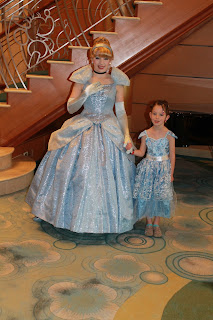 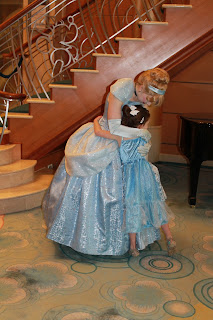 At our first gathering we met four princesses. The first one was Cinderella. When Cinderella first greeted Rachel she twirled her, and since I wasn't expecting it, I wasn't ready to get a picture, so I asked if she could do it again. I'm so happy she did. Rachel was so excited to get to dance with Cinderella :) 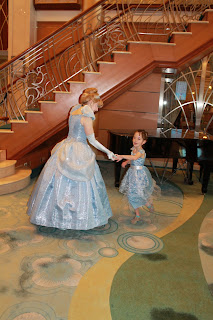 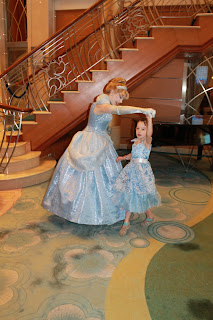 Next up was Belle who was dressed for the ball. 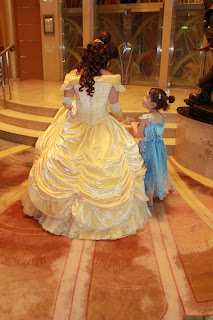 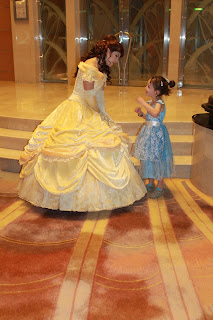 I love how Rachel is telling her something and Belle is listening intently. I just loved how engaged they all were with Rachel. 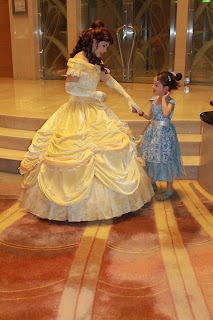 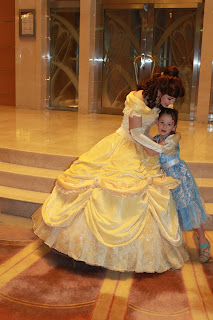 We didn't know much about Princess Tiana but she became one of our favourite princesses. 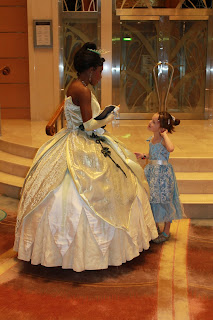 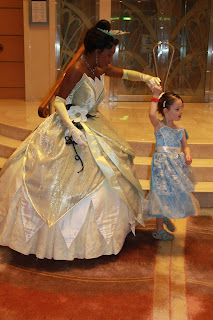 Rachel got to dance with Princess Tiana too :) 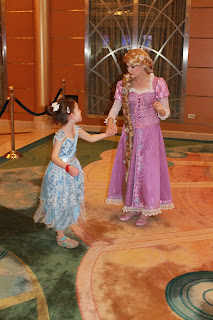 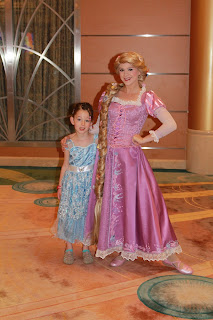 Last up was Rapunzel. Sam was along for all of this but just wanted the autographs of the princesses. He didn't want pictures taken with them. He even wore his pjs for the meeting (ha!). 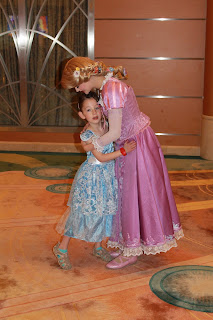 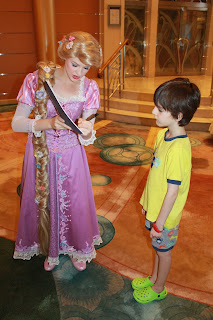 The next day we had our Frozen Meet and Greet. 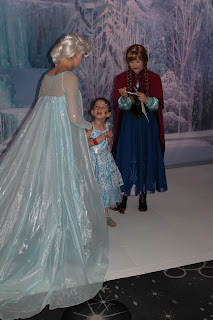 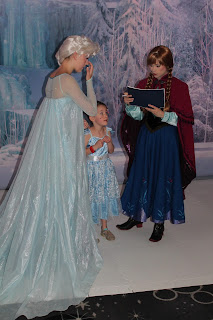 Again, I just loved watching the interaction between Rachel, Elsa, and Anna. 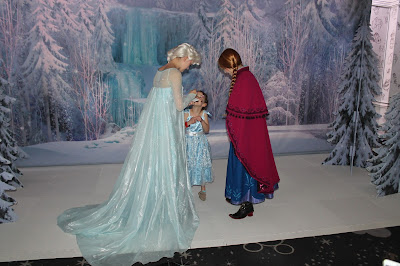 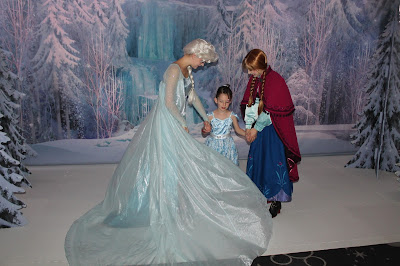 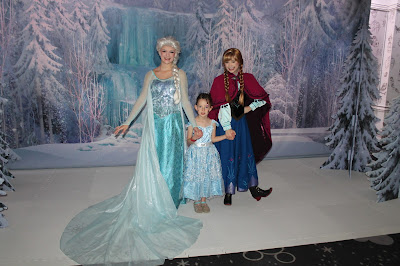 As we were leaving the Frozen Meet and Greet we randomly ran into Princess Tiana in the art gallery. Rachel was excited to show Tiana some of her favourite pictures and I was so impressed that Tiana took the time to interact with Rachel -- especially since she was probably supposed to be somewhere else. 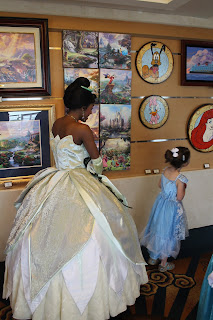 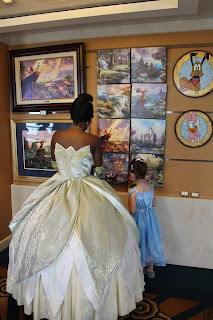 There's a part of me that rebels at all things "princess" and we don't tend to make a big deal of them normally. But I have to say, there was a small part of me that wished I was Rachel's age and could be as unreservedly excited about meeting real princesses as Rachel was. I know that these will be unforgettable moments for Rachel.
Posted by Natasha at 07:43