For the first time since about mid- December, we had a fairly normal week this past week. (Read: We've slept at home for two weeks in a row which is a record.) However, I did complain to Dave at one point that it was too much to have "Valentine's Day, the Olympics, and spelling tests all in the same week." Although I've heard that Valentine's Day requires less work all around after about Grade 6. Phew. 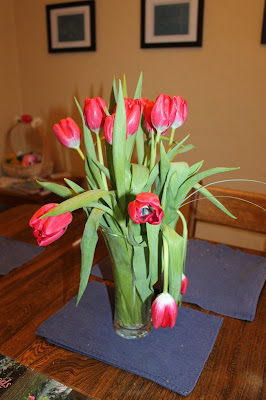 February 10, 2018 -- We had to shovel snow every day and were running out of places to put it. This was just one of our three big snow piles. 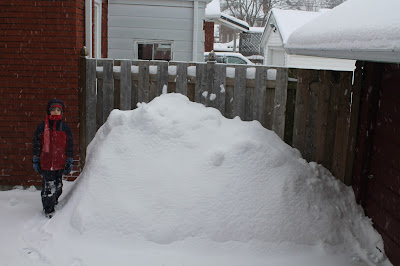 February 11, 2018 -- For some reason, Winter decided we needed freezing rain on top of all our snow. Rachel independently started chipping ice for us. 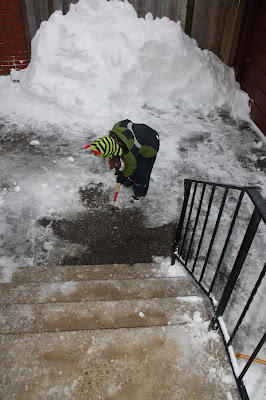 February 12, 2018 -- Dave knows I am much happier if I buy my own flowers. Here are the pink tulips I picked out for Valentine's Day. 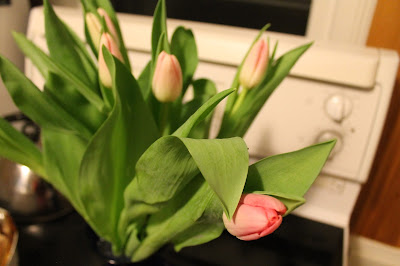 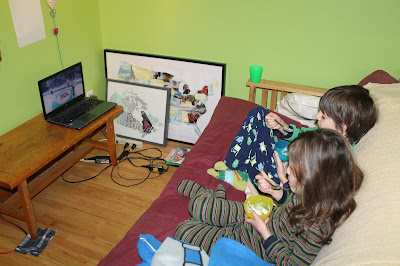 February 14, 2018 -- Rachel reminded me the night before that we hadn't decorated for Valentine's Day. When I went to get our festive tablecloth out of the holiday box, it wasn't there. I must have decided it was too wrecked to keep last year. We made do with a pretty tablecloth from Dave's grandma, red and pink Fiestaware plates, and lots of pink and red tulips. 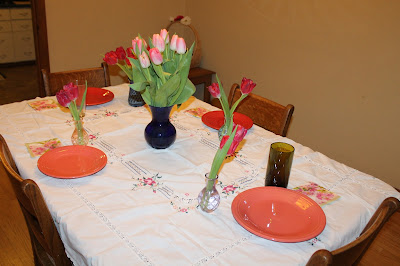 February 15, 2018 -- I have been so excited to get back to normal with walking after a couple of months of travel, illness, and being out of routine. However, my ankle complained this day. (I was born with club feet and wore casts for the first year of my life to fix them. Every once in a while my ankles get "unhappy" and I wear a tensor bandage for a few days until they feel better.) 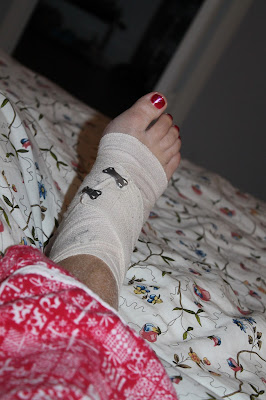 February 16, 2018 -- We celebrated Willem's birthday a few days early and he let me make my Olympic rings fruit pizza for dessert. 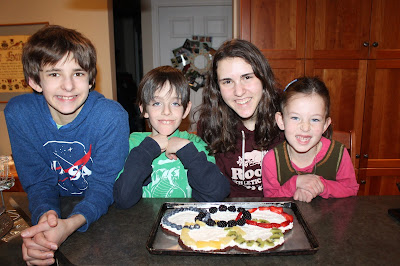 As a little bonus, here's my photo of the day from February 7, 2014 -- four years and ten days before this: 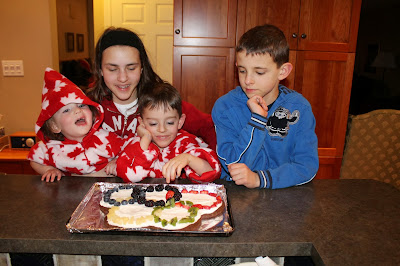 February 17, 2018 -- When Sam was about six months old I joined the local MOPS (Mothers of Preschoolers) group in Edmonton. One morning we were presented with a menu planning pad where we could plan a week at a time. I used it all up and the next year, when they couldn't find the same pad, the organizers handed us the one below. Since then (about eight years), I have been menu planning for a month at a time. It helps make life so much more sane. I am so sad that this month is the last sheet. I have bought another one but it isn't as awesome :(

Also, just because I have all the meals planned out for each day doesn't mean that a) meals don't get switched around or b) meal ideas don't get tossed out the window if I'm sick/don't feel like cooking/we randomly decide to go out. However, I would say about 90% of the meals go off as planned which I think is pretty good. 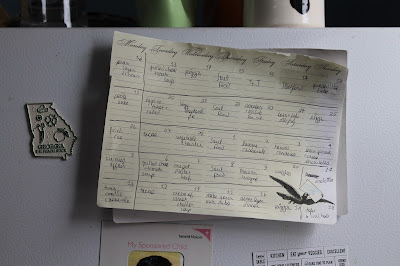