We Ate Lunch With A Giraffe 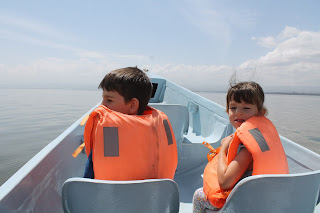 Yesterday we had a day adventure to Crescent Island Game Preserve. We took a boat to get there and it was so much fun. I LOVE being on the water. I think Rachel liked it too! 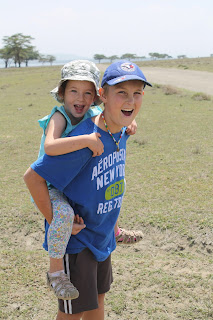 Rachel was a little tired and got spoiled with a piggyback ride from Ben. She was pretty happy about it. 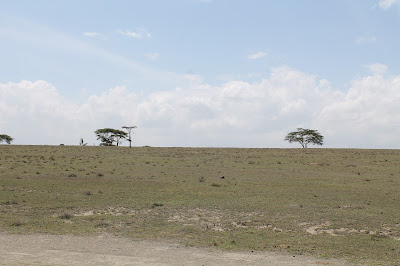 It was amazing to set foot on the island and see no other people, just an expanse of land. We started walking and it wasn't long before we spotted a giraffe. I had no idea what to expect and it was just hanging out, eating. 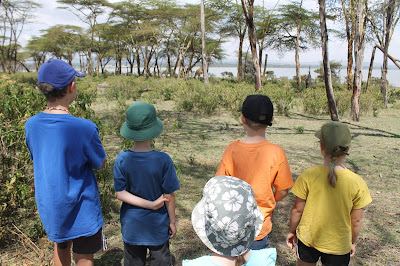 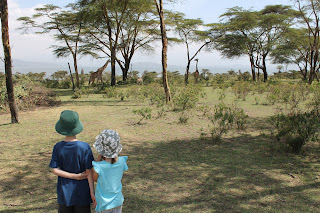 It was unafraid of us and just kept eating while we took a lot of pictures. (And by "a lot," I mean we took 396 pictures yesterday and I managed to pick "only" 23 for this blog post. You're welcome!) 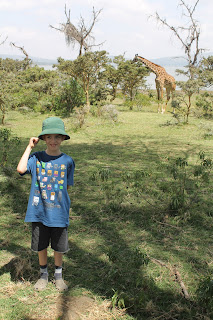 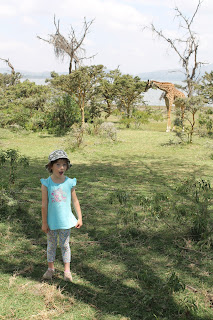 The kids are saying, "Check out that giraffe behind us!" It was maybe fifty to one hundred feet away. 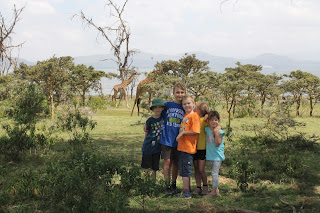 Since the giraffe was just hanging out and eating lunch, we decided to join it (after taking a few hundred more pictures!). We had a snack of hard boiled eggs, dates, and cookies. It was delicious! When the giraffe saw we were leaving, it decided it had somewhere new to lead us. It turned out that it wanted us to meet its friends. It was so cool! 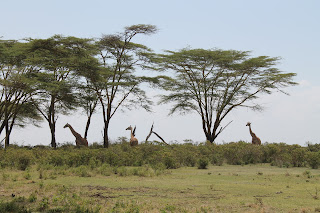 Besides giraffes, we got to spend some time with wildebeests, zebras, and gazelles. 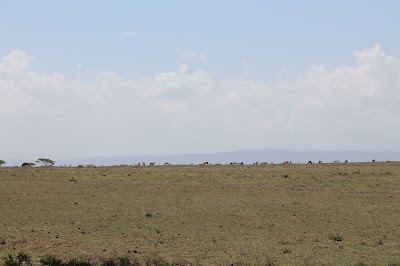 Do you see all the animals out on the plain? 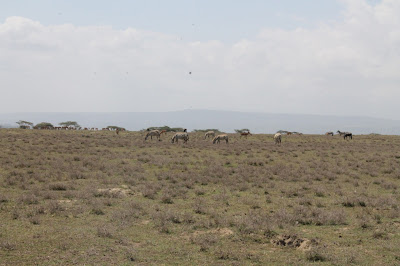 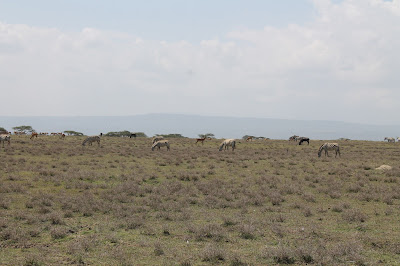 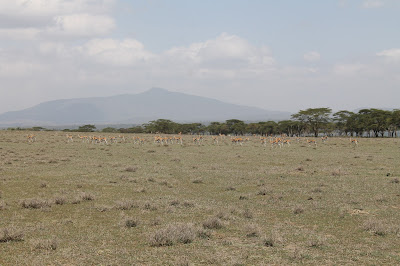 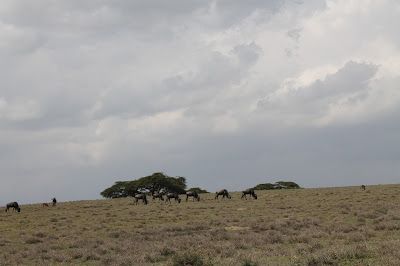 ...and some wildebeest having lunch. We spent about half an hour taking family pictures with this as a background. It was pretty incredible. 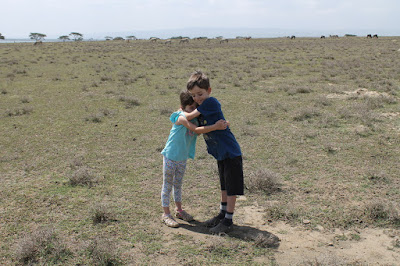 Just a couple of siblings hugging with about two hundred animals behind them. Craziness! 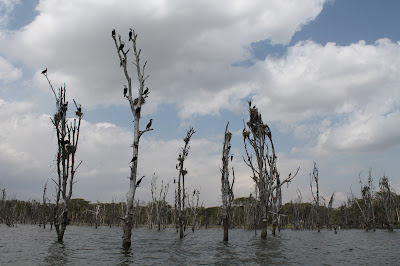 Our boat ride back took us past some Cormorant nests. We have about thirty pictures of this, but I decided to just show you one. If you're interested I can post some more :) 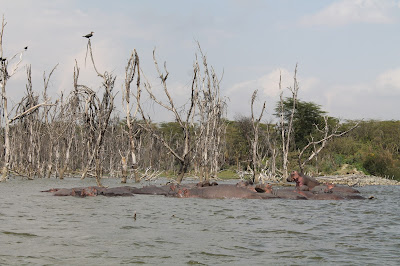 However, I will share three of our one hundred pictures of hippos hanging out. We probably passed about five groups of at least ten hippos each. They were all having afternoon naps. 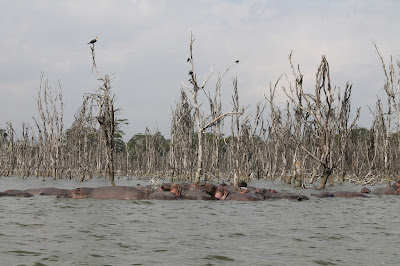 The hippos just sleep all over each other. Safety in numbers, maybe??? 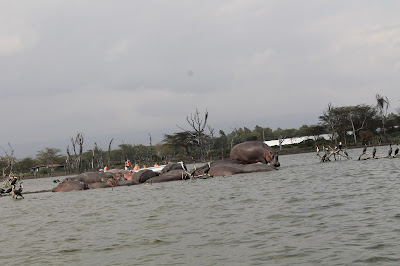 So before we left for Kenya, three different people warned us about hippo attacks. I always thought they were cute little (big!) things, and after hearing these warnings, I was a lot less naive about them. In this herd (pack? What do you call a group of hippos anyways???), one of the hippos decided to stand up and check us out, and I got a little nervous. That might be why this picture is sideways. Ha!

Yesterday also happened to be our ninth anniversary. Instead of gifts, we try to have a new experience together every year. I have to say, after eating lunch with a giraffe, it's going to be hard to top this year's anniversary celebrations!