It's the first What's Up Wednesday of 2022. January has been a crazy month for us so I'm thankful for this way of documenting it. As always, I'm linking up with Shay at Mix and Match Mama and Sheaffer at Sheaffer Told Me To.

One thing that pervades this post, that you may not know if you're randomly dropping by today, is that I had a spontaneous pneumothorax (random, partial lung detachment) a few weeks ago. I am fine now (YAY!) but I was on bed rest for a week, and had numerous hospital visits for monitoring, so that definitely defined our month. If you want to read more, you can check out this post here where I go into a little more detail.

image from here
What we're eating this week... After two weeks of not doing much cooking (thank you to my church and our parents for feeding us for a few weeks), Dave and I started cooking again this week. Dave made veggie pulled pork this past Saturday and I made pumpkin penne a couple of nights ago. As you will see under "what I'm excited about," my parents are currently living a little closer right now, so they fed us some delicious meals for about a week, including a really good chicken-vegetable noodle soup. 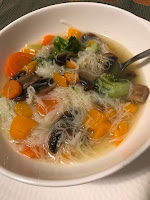 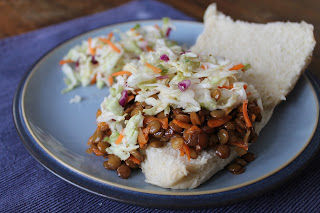 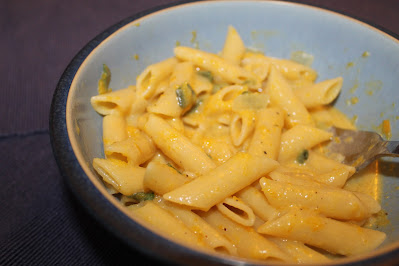 What I'm reminiscing about... Well, if you read the post I linked to above, you will know that I experienced this same health issue back in 1999 and 2000. So I've been reminiscing about that time. 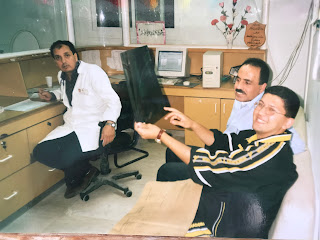 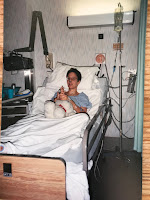 In 1999, I was working in the Middle East as a human rights observer. At one point, I thought my lung might have detached so I went to the hospital for x-rays. The translator who came with me is the one holding the x-ray, and unlike the Canadian system, they gave me my x-ray to take home. I have it in a box downstairs somewhere :) In February 2000, after my second pneumothorax I was told that if I wanted to fly again, I would need surgery to fix the issue. Obviously, not ever flying again wasn't an option so I had surgery. 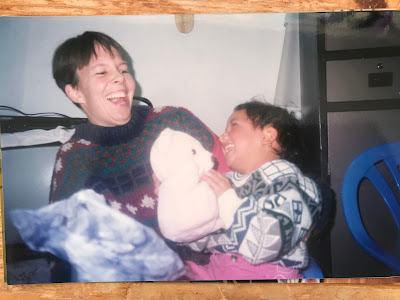 Me, back in the Middle East after my lung surgery. I was so much younger and my hair was so much shorter!!!

What I'm loving... January tulips!!! It took me about a week to find them in grocery stores and I was starting to worry that they might not ever arrive due to the supply chain issues but they have since made an appearance. I especially love that my friends brought me the bouquet on the right (with hyacinths too) while I was on bed rest. 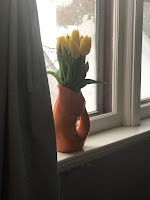 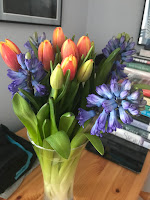 What we've been up to... Besides my health issues, we've had a lot going on. 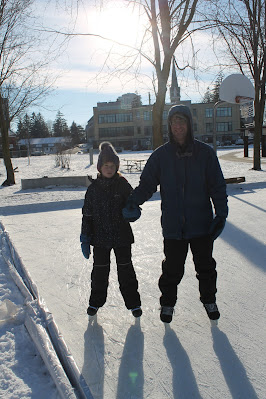 We've been skating at our neighbourhood rink a few times. 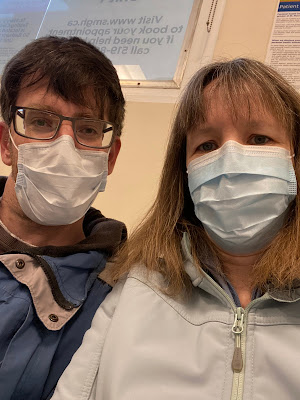 Dave and I had a couple of "dates" in hospital waiting rooms -- hahahaha!!! 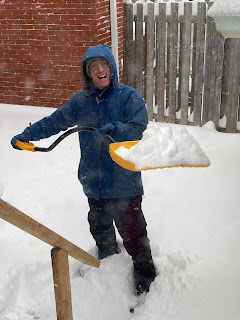 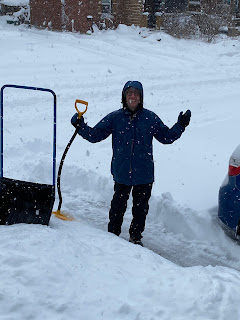 Dave turned 40 on a snow day so spent his birthday shoveling! We'll celebrate more appropriately when our province gets out of its current restrictions and we can gather in larger groups again. 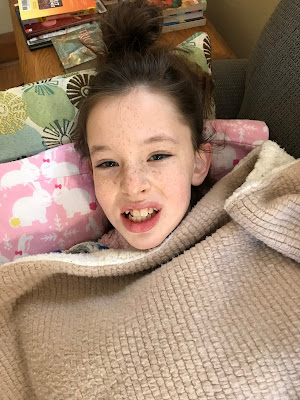 Rachel had dental surgery to remove seven teeth and get some other ones fixed last week. As she was waking up from anesthesia, she kept opening her mouth to show us work had been done.
(She gave me permission to post this picture.)
What I'm dreading... My lung healed without surgical intervention, but I do have a few restrictions, and a slightly higher possibility that I could have the same issue again in the future. If I do, I would likely need surgery to fix the issue so I'm dreading the thought that I might need to go through this all again in the near future. Blah.
What I'm working on... I've been doing a decluttering challenge and the January goal is to work on the kitchen. So I've been going through everything in our kitchen, trying to figure out what we should keep and what we can get rid of. We're not hoarders, but oh boy, do we have a lot of unnecessary items. Ugh. 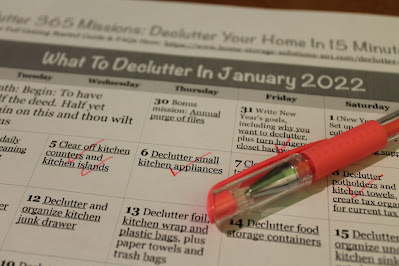 What I'm excited about... Our neighbours who live three doors down went to another country for four months and mentioned that if we knew anyone who might want to house sit, they'd be open to that. So.... my parents are living on our street for the next few months!!!!!!!!!!!!!!!!! Normally, they live three provinces away so we're sooooo excited for this new development. The kids love stopping by for an after school snack and visit and I love stopping by just because!!! The closest we've ever lived to my parents is a five hour drive so we are all really loving having them in close proximity!!!
What I'm watching/reading... On Monday night I got sucked into our school board's trustee meeting, which was live streamed on YouTube. There was a bit of controversy at last week's meeting and the community was responding to it this past Monday night. So I watched the presentations and learned quite a bit about how our school board works. It was vvvveeerrryyy interesting. I may end up watching another one at some point but I found out that they basically have a two hour meeting every week and I just can't commit that much time so this won't be a regular occurrence.
In more interesting watching, the week that Bob Saget died was the week I was on bed rest so I spent a lot of time watching Full (and Fuller) House clips and crying.
As to reading, well, let's just say that being on bed rest contributed greatly to my January reading. Currently I'm reading the following two books:

What I'm listening to... While the kids did start off 2022 with a week and a half of remote learning, thankfully they went back to school last week so I'm no longer listening to that! Also, since Dave's desk is set up at the end of our bed, I spent a lot of time listening to his work meetings, while I was on bed rest. I'm so happy I'm now back to listening to the routines of school as I'm back at work!!!
What I'm wearing... Well, this month was defined more than I would have preferred by hospital gowns, which are totally in fashion! Hahaha!!! Again, I'm so glad I'm back to wearing regular clothes! 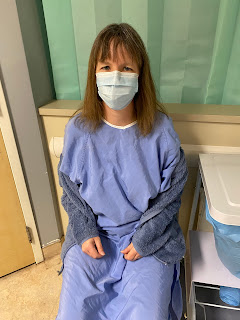 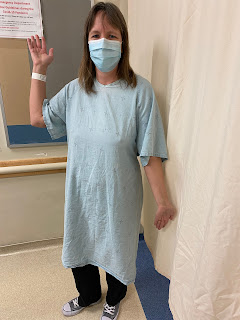 What I'm doing this weekend... Our library is doing an Amazing Race so we're planning to participate in that and I found a really cool looking light show in a small town near us so we're hoping to go and check that out too. It could be a really great weekend!

What I'm looking forward to next month... Probably next month enough restrictions will be lifted that we can belatedly celebrate Dave's birthday.

What else is new... I think I've covered everything... See you back here next month when, hopefully, life will be a little more normal for us. Fingers crossed and prayers being said :)

Labels: Addicted To Books, Birthdays, Flowers, Rachel, We Are Healthy (Or Not), What's Up Wednesday, Yummy food