Maasai Beading Is Not For Amateurs! 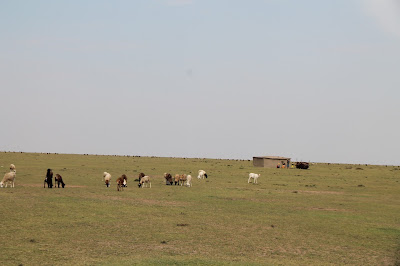 After an unintentional blogging break, I am returning to continue telling you about our Kenya trip. Last I left you, we were on safari. And one of the things we had an opportunity to do was to visit a Maasai village. These villages are basically one man with his wives and possibly some houses for older children, if they are married. 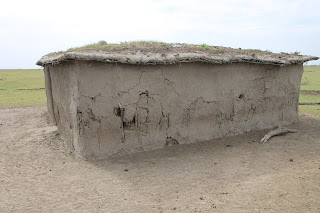 One thing I found really interesting was that the houses are built by the women and take one to three weeks to build. They look quite small but this one had five rooms inside. The picture on the right is the cooking fire with a spot for the dishes. With five of us in the room, it was quite crowded. I don't think I can accurately explain how hot and confining these houses are. I can't imagine how difficult it is to raise a family there. 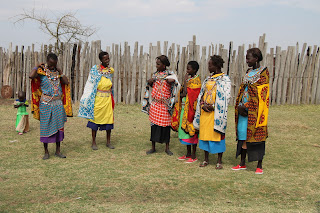 After we had toured the house and learned a little about the Maasai way of life, the women sang a song of welcome to us. 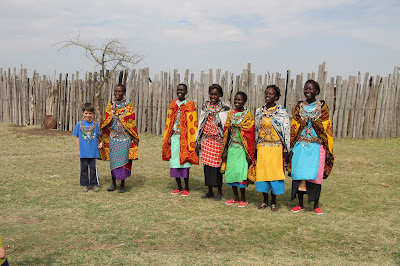 And then they pulled us into the dance with them... 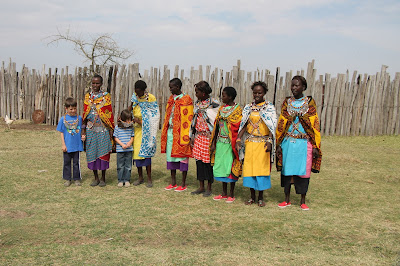 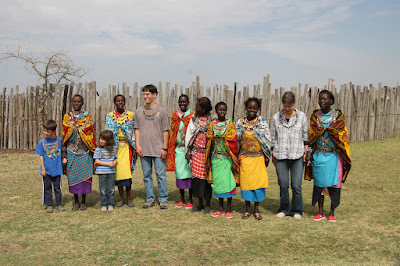 ...and somehow figured we would get the hang of it!
We didn't. 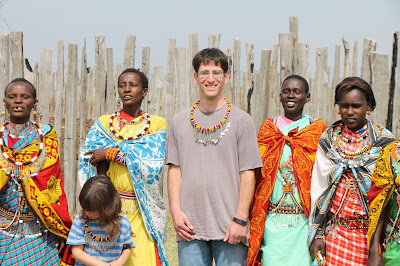 Normally Dave wouldn't have been included in the women's dance but would have been part of the men's one. However, since all the men were away, Dave got the chance to test his Maasai dancing skills as well! 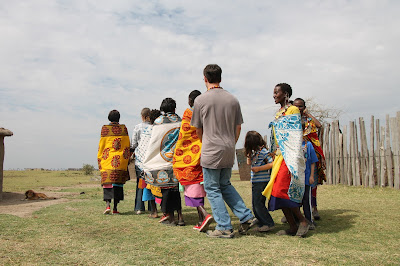 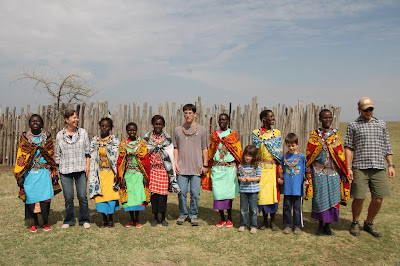 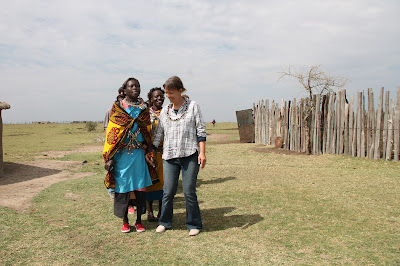 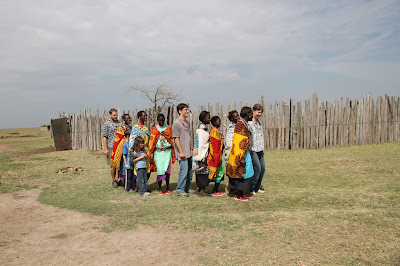 Sorry (but not really) for the overkill of pictures but this was such a special and unique experience. I will never forget it. 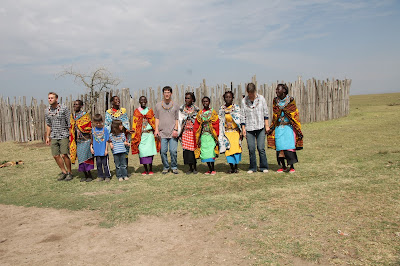 After the dance we got the chance to ask each other questions. I asked a question about how they learned the song and the dance, but I will be forever grateful that our translator misinterpreted the question, and instead thought I wanted to know how they made their jewelry. 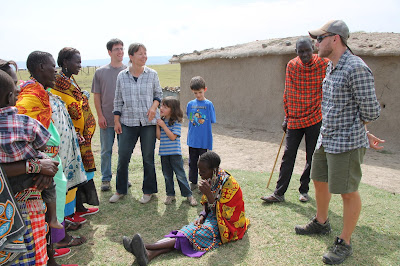 The next thing I knew, one of the woman had brought out a necklace in progress and was showing me how to bead. 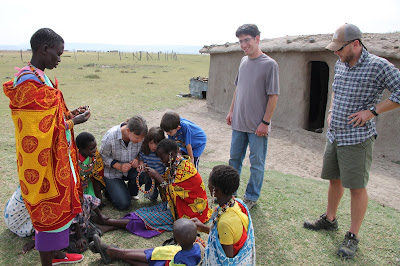 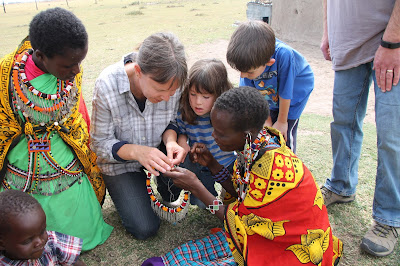 Let's just say, I was not an expert! It took me forever to get the first three beads on the string. 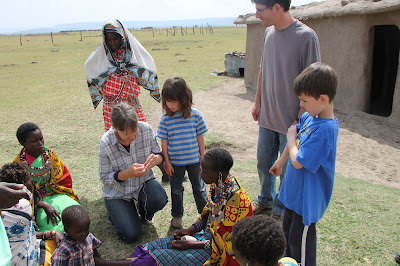 But then the woman encouraged me to do another three, so she must have seen some ability in there somewhere! I learned that the Maasai women bead in their free time so they get really good at it, really fast. 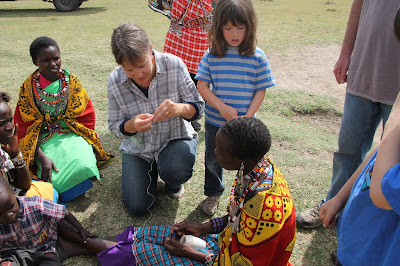 Later that day we had another unique opportunity when our driver, Dennis, showed us, along with another Maasai warrior, how to make a fire with two kinds of wood. It's called a "Maasai matchbox!" And I really wish I could remember what the two kinds of wood were. Argh. 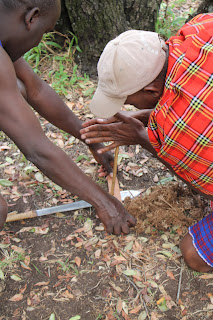 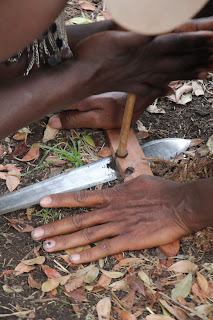 Sam got a chance to try his hand at it too! 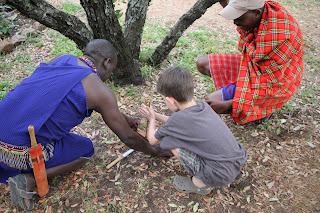 As did Rachel and Dave. And let's just say that none of us would ever eat cooked food again if we had to depend on our fire lighting skills :) 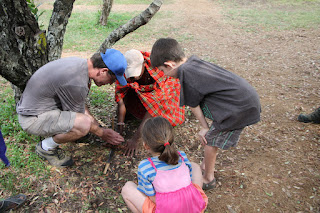 This was such an incredible day to get the chance to learn just a little bit about the Maasai culture. It really made me appreciate how luxurious our North American lifestyle is, despite the lack of beading skills.