Throwin' It Waaaaay Back

I meant to get to this post up yesterday and then the title would have been way more appropriate. Oh well. When we were in southern Alberta to celebrate my aunt and uncle's 60th wedding anniversary, we were also very close to the Royal Tyrrell Museum, which is all things dinosaurs! 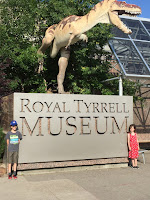 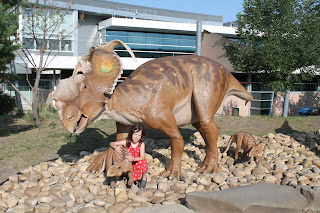 I was able to visit this museum a few times as a kid and the last time we were here was when Sam was four months old. The kids were the perfect age to enjoy the museum this time. 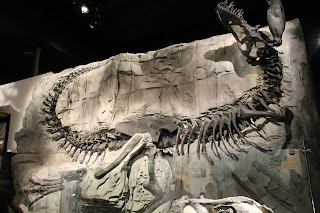 The museum had so many complete dinosaur skeletons and a ton of really interesting displays. We also bought the kids a scavenger hunt book which helped them engage with the museum. 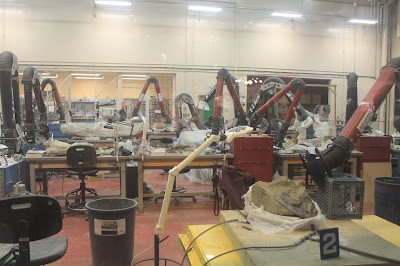 Above is the room where fossils are cleaned up and below is an actual paleontologist at work. When fossils are discovered, they get encased in cement in the field. Then they are moved and cleaned up at the museum. 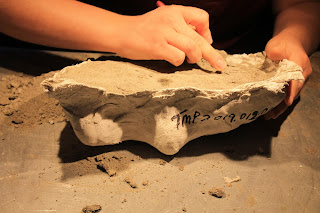 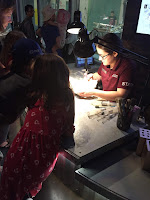 I had a gazillion questions for this paleontologist which led Rachel to exclaim, "Mommy, you have as many questions as dinosaurs had teeth! Yikes." One fact we discovered is that dinosaurs had the ability to keep re-growing their teeth so while humans have only two sets of teeth, dinosaurs might actually have had hundreds of sets. 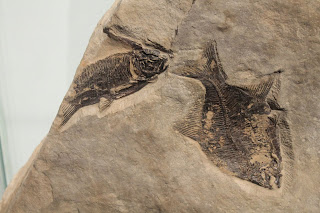 I thought these fish, which were millions of years old, were really cool. There were all sorts of interesting facts along with all these fossils, but I won't bore you with them here. Needless to say, I was often trailing well behind the rest of my family! 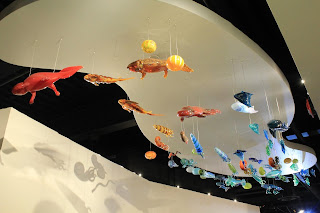 One thing I didn't remember about the museum was the cool art displayed in a few places. I LOVED the glass fish hanging from the ceiling. And in the picture on the right are blown glass interpretations of fossils of pollen and spores magnified from 350 to 1,500 times their actual size. 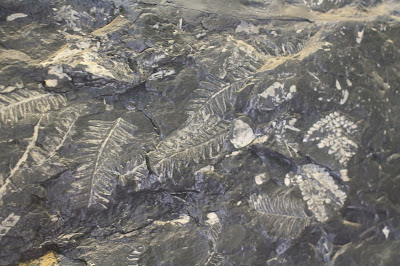 I also loved how the fossils of ferns were captured in this piece of rock. 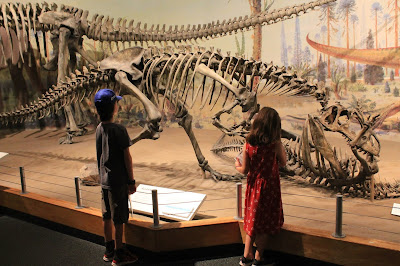 There was one large hall of dinosaurs with a ton of huge dinosaur skeletons. It was always very clear which parts of the dinosaur were the actual bones and which were casts. 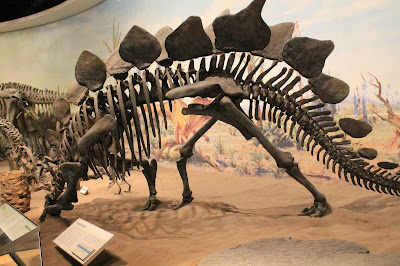 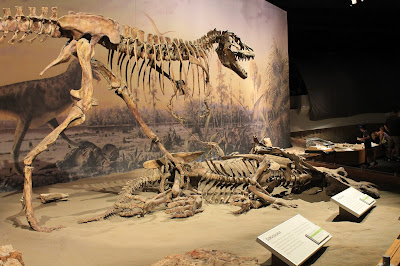 Of course we had to recreate this photo from ten years ago. Maybe we'll have to recreate it again in ten years! Hahaha!!! 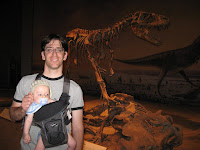 We spent about three hours at the museum and I have a million more (where "a million" equals "241") pictures I could have shared with you but I just wanted to give you a small taste of what we experienced. 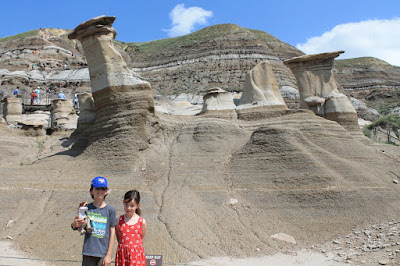 After we left the museum, we drove out to the hoodoos. The hoodoos are "geological formations that have become internationally recognized icons of Alberta's badlands. The distinctive appearance of the hoodoos was created through the deposit of materials during the Cretaceous Period between 70 and 75 million years ago. Hoodoos are composed of sand and clay from the Horseshoe Canyon Formation. The solid, strong capstones protect the softer, underlying base creating their unique mushroom-like shape." You can read more about them here which is also where the explanation was taken from. 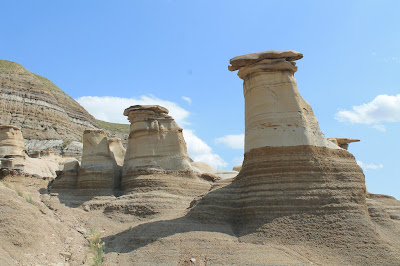 It was pretty amazing to be in the midst of a very unique part of our country. And I'm already looking forward to our next trip to this museum.

To read about the final days of our trip go here.
Posted by Natasha at 11:46