While I may not be posting my photos on a regular basis my PAD2018 project is still going strong -- most of the time. Really it should be called "A Photo Four Out Of Every Five Days" but that just doesn't have the same ring! Ha!

I'm starting this post with a photo from May 29 which, as you may remember from my last post, I didn't think I had taken one that day. It turns out I was wrong.

May 29, 2018 -- Sam has his own radio in his room and he has started listening to Blue Jays games up there. Even though you can't tell that's what he is doing in this picture, I wanted to capture this moment. 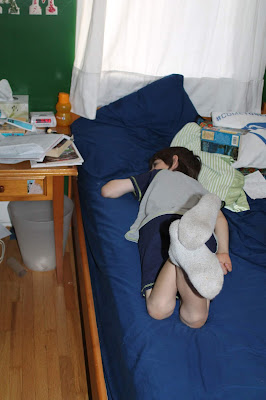 June 1, 2018 -- About mid-May I was really frustrated with the kids and took the iPad away for the rest of the month. Sam was really good about not asking for iPad but you can imagine that the first chance he had on June 1, he was ready to go!

And actually, I think the break was a good thing because he hasn't used it, or asked for it, all that often since. 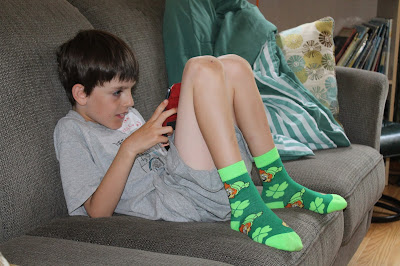 June 2, 2018 -- We were doing yard work this day and Sam picked me a bouquet of miniature flowers. Awwwww! 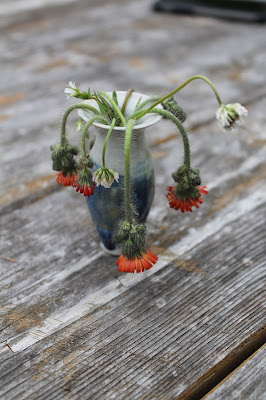 June 3, 2018 -- Speaking of flowers, I was having a conversation after church with a friend about the symbiotic relationship between ants and peonies. So I took a closer look at our peonies after church and, sure enough, they were covered with ants. I took this picture (even though close ups of insects are not my favourite) to remember that conversation. 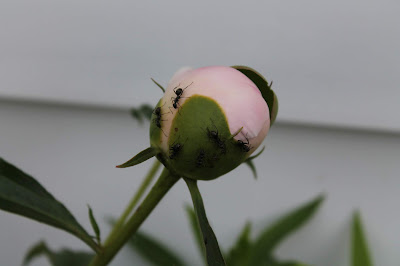 June 4, 2018 -- After about a week of extreme heat, we went back down to cooler temperatures and Rachel decided that her new pool cover up was her sweater. Ha! 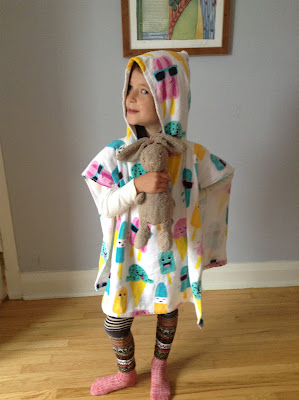 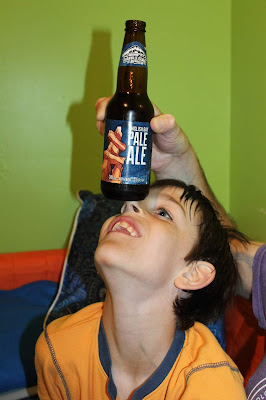 June 6, 2018 -- Janice gave me NovelTeas for my birthday and here was the wisdom on my teabag this day. I LOVE this!!! 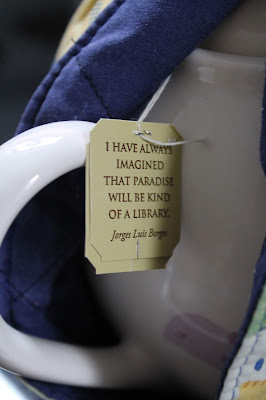 June 7, 2018 -- Our province had a vote this day. I loved that the kids got to see us cast our vote and then feed the ballot into the ballot reader. I think it's important to involve them in the political process as much as possible. 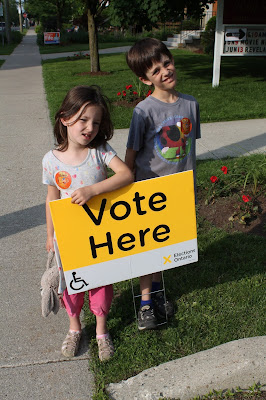 June 8, 2018 -- I've been posting every book I read on Instagram on Fridays. This was my #natashareadsonfridays post for this day. It was a week of good books. 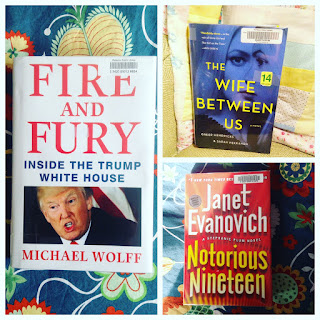 June 9. 2018 -- Since we didn't celebrate Father's Day last year, and Rachel's birthday was on Father's Day this year, I surprised Dave with an early Father's Day celebration this day. Dave loves breakfast so I made this delicious frittata. Yum! 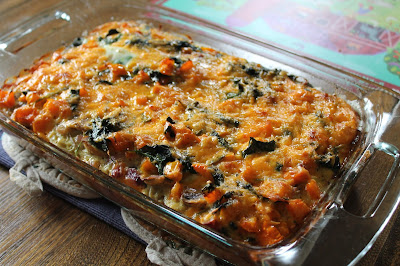