Every year for Sam I've made him some sort of cupcake-cake. I'm not an artist and cupcake-cakes are (somewhat) easy. So when Rachel turned one last week I said, "I'll make a cupcake-cake." However, it took us awhile to figure out the theme for her party and it was sort of (kind of -- she didn't really have one!) ladybug based. I did find a ladybug cupcake-cake online (it's number 24) but there weren't many directions with it. At least not the kind an unartistic person like me needs! So Dave graciously made me a pattern based on the photo. 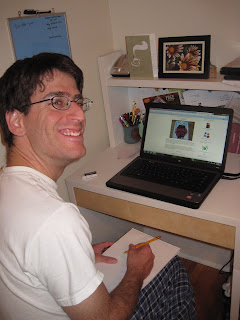 This is the kind of thing I can follow! 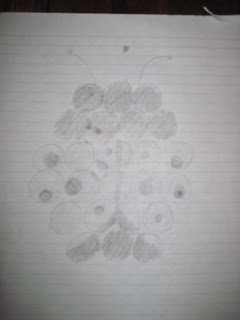 I made the cupcakes... 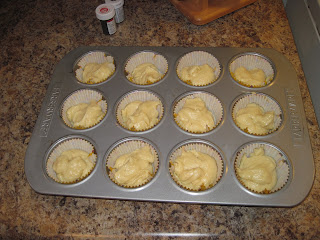 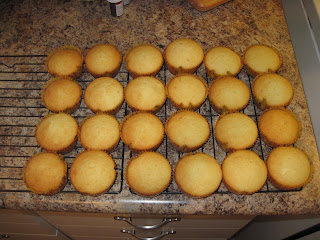 Then I madly hunted around the house
until I found something flat which was
big enough to hold all the cupcakes.
I finally found the top of a RubberMaid bin. 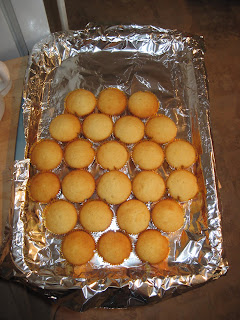 I made icing. It is very hard to get true black
and true red icing so I ended up with more
pink and grey icing. I figured Rachel wouldn't care! 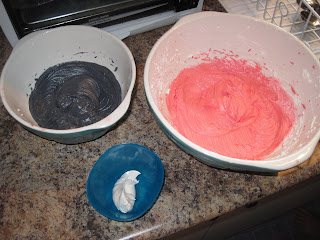 I iced the "head" and the "tail."
It looked very odd at this point. 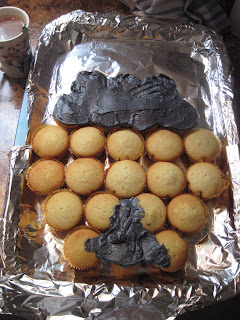 I added the red icing to the body and it
looked a bit better. This cake used A LOT of icing. 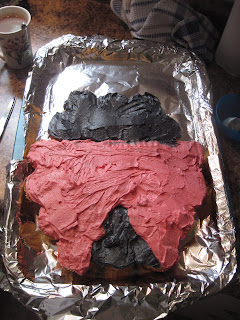 I added the eyes, the spots and the line down the middle. 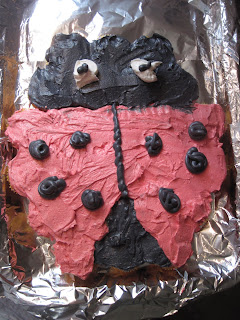 I added black licorice to make the antenna
and Volia! A Ladybug Cupcake-cake.
And only one person didn't know what it was :) 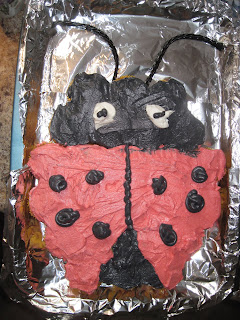