Once again this is just a post of random pictures in no particular order. I think they date back about three weeks and just don't fit into a cohesive post so enjoy! 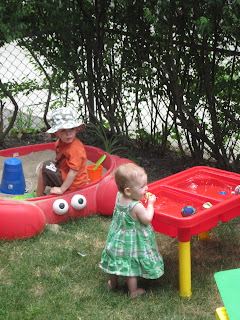 Playing outside has definitely become the
new favourite activity for our kids. 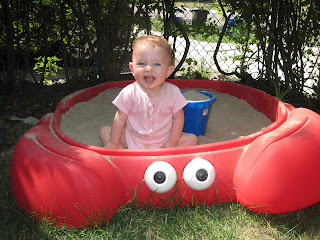 Between the sandbox and the water table,
it's been a great way to beat the heat. 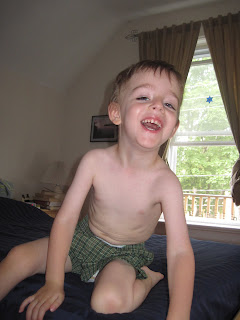 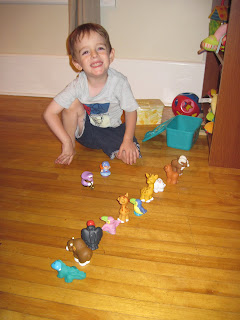 Sam wanted me to take some pictures of him.
I love how he has all the animals lined up! 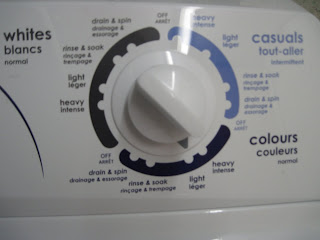 We got a new washing machine. As is one where we can actually read the dial.
Despite the blurriness of this picture, see how you can tell which cycle you're on? 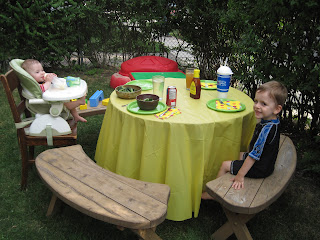 We have really been enjoying eating outside lately. But we only do this when it's cooler outside than inside. So on super-hot days it's still cooler to eat inside. Sam likes watching jets and exclaiming, "We're on a flight path tonight!" The one night we actually must have been on a flight path because a plane flew over our heads about once a minute! 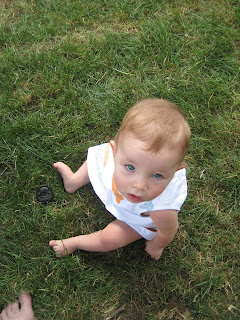 I just think this picture of Rachel is hysterical!
I love the look on her face! 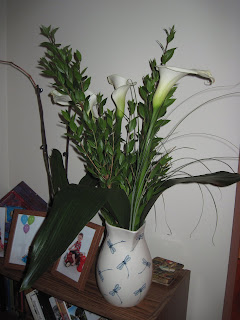 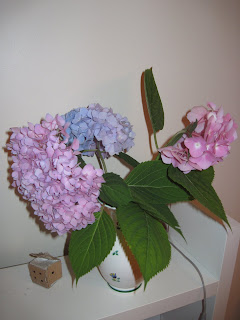 These are the flowers my parents sent us for our anniversary on the left (they're my wedding bouquet) and some hydrangeas Marika let me take home after our visit to them over the July long weekend. Flowers make me so happy! 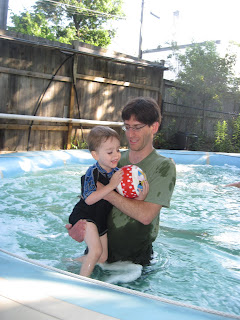 We had care group at Wes and Shirley's and Sam was scared to go in their pool. Dave made the ultimate sacrifice and went in the pool in his clothes with Sam. 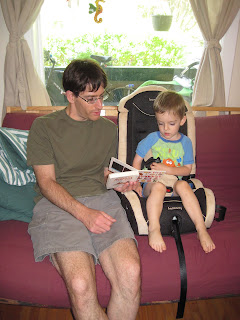 We finally moved Rachel out of her bucket seat. When we bought a new car seat we realized it was simpler to put Rachel in Sam's car seat (as it could go rear facing) and then move Sam into a new forward facing/booster seat. After Dave set it up, Sam wanted to try it out! Ha ha ha! (It's now properly installed in our car, by the way!) 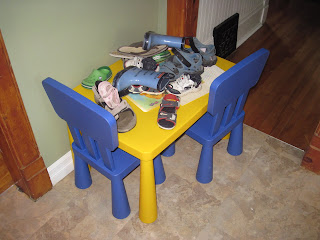 And one day I turned around and there was the scenario above. Sam and Rachel had been playing a game, although I have no idea what it was. It was oddly reminiscent of this!
Posted by Natasha at 09:36