This is a not-so-hostile takeover of the blog by Dave, who is a frequent subject of, but very occasional poster to, the blog. Before getting to the post itself, I need to offer a brief explanation of the takeover.

As you may remember from way back in May, our celebration of Natasha's 40th birthday was a bit haphazard, as we were in the midst of moving to K/W. However, we are now (almost three months later...) finally getting around to throwing a belated 40th birthday/housewarming party, and I am using the event as an excuse to follow through on some of the birthday celebrations that were missed around Natasha's actual birthday.

One of these celebrations was writing a series of Natasha-themed blog posts -- for my birthday, Natasha wrote a list of 30 things about me (based on this blog), and I had intended to return the favour. Now, with the belated birthday party looming, I am seizing the opportunity -- and control of this blog -- to write the posts.

So, without further ado, on to the blog post itself! As you may have guessed from the title, I am not actually writing 40 things about Natasha, per se, but am instead posting 40 photos, grouped around four themes.

The first theme is "Natasha the Waterloo North-ian". For those who may not know, Natasha has been a member of Waterloo North Mennonite Church for the past 15 years or so, and it has been a major part of her life -- she has been very involved in Sunday School, worship planning, small group, going to church league softball games, etc., etc. We also got married there, have had both of our kids dedicated there, and are once again becoming involved in various ways at the church.

However, I see this involvement as a broader indication of Natasha's commitment to her communities. Whether they are centred around faith (either church or synagogue), families (the New Mom's group in Edmonton, various "adopted families" in K/W) or other interests (Folk Festival in Edmonton), she dedicates amazing amounts of time, energy, and spirit to these communities, and everyone involved is much richer for her involvement.

Here are some pictures from the last few years that highlight this side of Natasha. 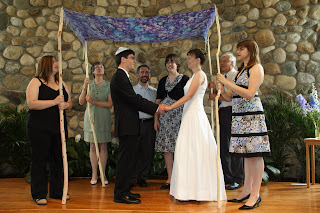 Getting married under a chuppah at church (June, 2008). 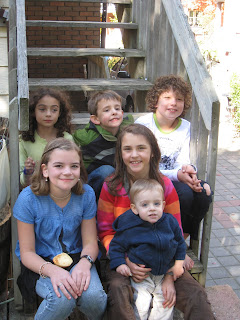 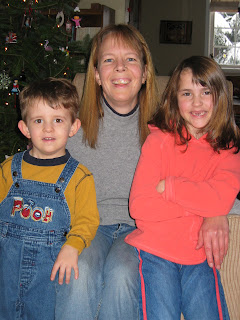 This was a picture on Natasha with a close friend from church (June, 2009). However, her friend asked that we not post pictures of her on the internet so we have removed this picture to respect her privacy. Thank you for understanding. 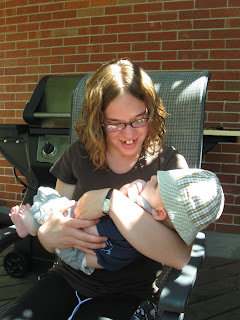 Sam with Vanessa, who Natasha mentored for many years (June, 2009). 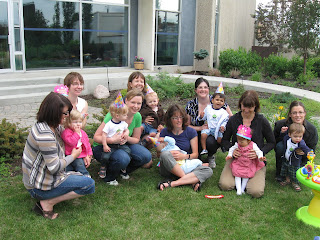 Natasha and Sam (back row, middle) with other New Mom's families,
gathered for a collective first birthday party (July, 2010). 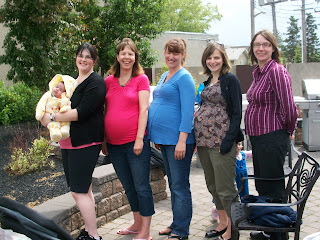 Several moms from the New Mom's group were
pregnant at the same time with the "next generation" (June, 2011) 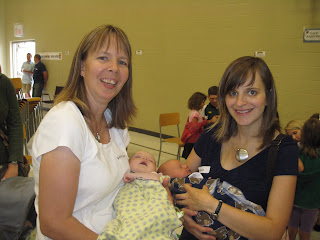 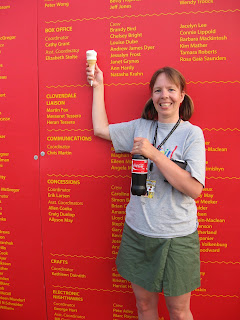 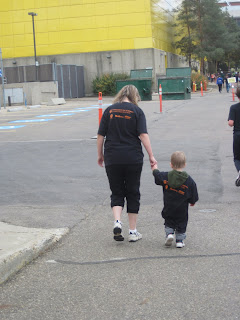 Running with Sam at the Turkey Trot, a fundraiser
my department participated in at the U of A (October, 2011).

Stay tuned tomorrow for the next post in the series: Natasha the Krahn!
Posted by Dave at 09:41