After arriving in White Plains late last night, we woke up this morning and, after a hearty breakfast of bagels and lox, we gradually figured out a plan for the day. After initial thoughts of heading into the city for a cruise around Manhattan, we took a look at the cold weather forecast and cloudy skies, and decided to pursue some low-key activities a bit closer to home. 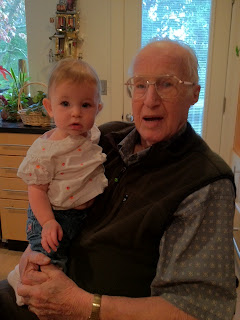 Rachel hanging out with her great-grandpa after breakfast.

First on the list was "Two by Two", a petting zoo that was put together by a local Episcopalian church. It featured a kangaroo, a tortoise, a pair of ducks on leashes, and various other critters. Rachel was tired after an early morning (she decided to wake up at 7:15 for some reason) but Sam had a great time, as you can see... 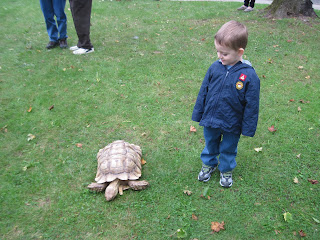 Sam enjoyed checking out the tortoise... 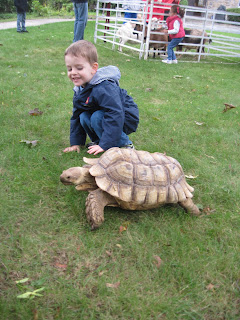 ... and even challenged it to a race! 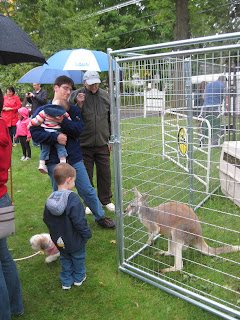 The zoo even included a kangaroo!
Rachel, unfortunately, slept through the entire visit :(

Another highlight were two ducks, who were on leashes
and were relatively game for being taken on "walks" 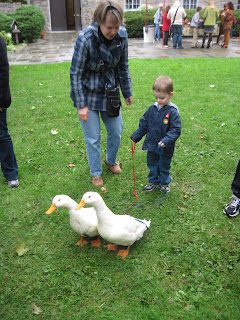 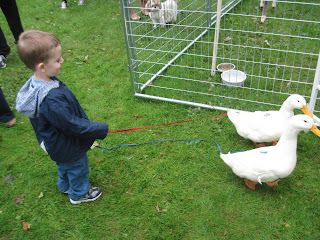 ... although it was not always clear who was leading who. 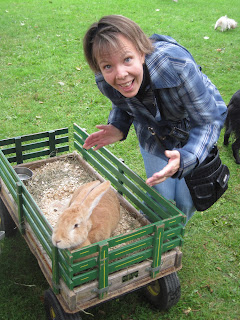 Finally, we have a shot of Natasha with a surprisingly large rabbit.

Next, we visited the Greenburgh Nature Center which was a short drive away in  Hartsdale. This was, apparently, once a small mansion that has been converted into a small nature centre/zoo.

The path from the parking lot to the nature centre was quite nice, and included some woods-y walkways. 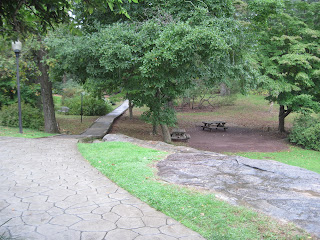 The nature centre itself had a mix of reptiles and other creatures in glass enclosures, and there were staff on hand to give visitors a chance to touch the animals. 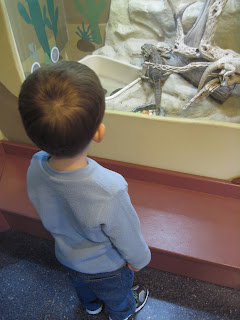 Sam checking out a large lizard of some sort. 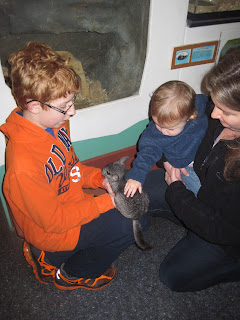 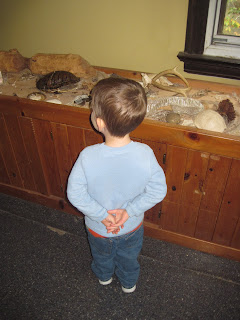 Sam, in his usual "Prince Philip" pose, standing at the
"you CAN touch anything on this table" display. 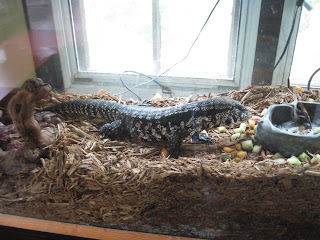 Another large lizard of some sort (clearly zoology is not my strong suit). 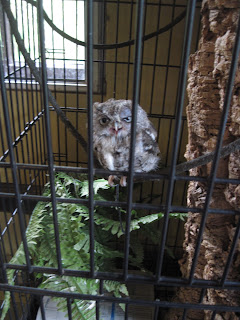 A screech owl, who made some pretty entertaining faces. 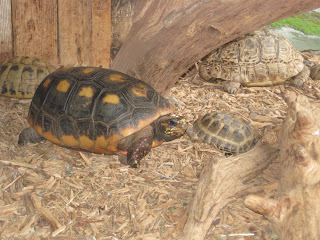 An elongated tortoise (along with several other regular-length (?) tortoises). 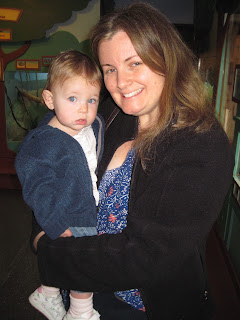 Rachel and Elisabeth hanging out.

Elisabeth took Rachel through the whole top floor, since Natasha was less than thrilled with the tarantulas, cockroaches, and other critters on display. 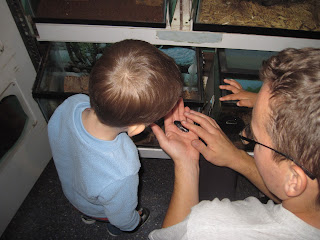 Speaking of cockroaches, Sam got to see one up close! 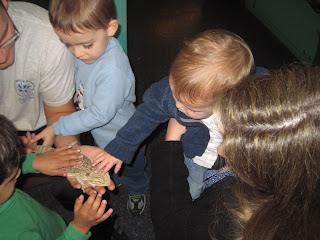 Rachel and Sam also got to pet a frilled lizard.
The lizard seemed okay with having its personal space invaded. 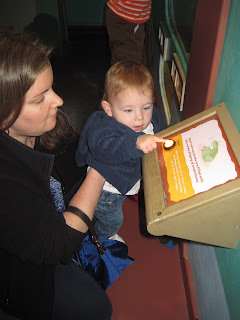 This display, which played frog and cricket sounds when the button was pressed,
was a definite highlight for Rachel.

After all this activity, it was time to head back to Bobbi and Simon's for lunch and a nap. What will this evening hold? Stay tuned to find out... :)
Posted by Dave at 16:50