Tonight we finally got around to carving our pumpkin. I'm glad it was the only thing we planned to do tonight because from start to finish the process took two hours! A few nights ago I drew a bunch of different options on paper for Sam as he described different faces to me. Then he picked the one he liked best and Dave drew it onto our pumpkin. 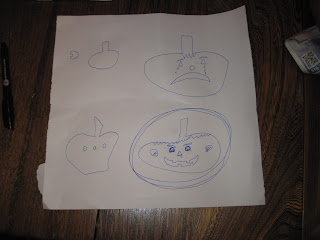 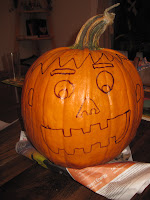 We gathered all our carving supplies, spread out newspapers and got ready to go. Sam was excited to use a (table) knife to help carve. 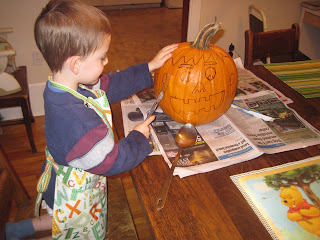 We managed to convince him that using the big spoon to scoop out the insides would also be fun. Here we are ready for the first cut! We put Rachel in Sam's booster seat to watch the proceedings and she insisted on wearing his bib, which made me laugh :) 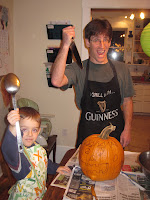 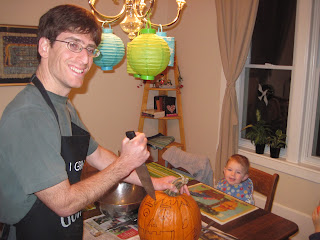 Finally, we got the top off, after a lot of work cutting around all the hair. And then it was time to scoop out the insides. Last year Sam didn't want to put his hands inside a pumpkin and this year he was all for it. 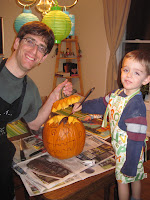 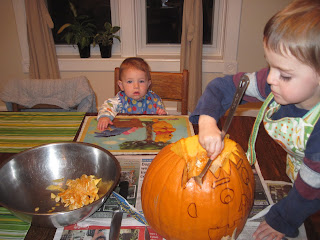 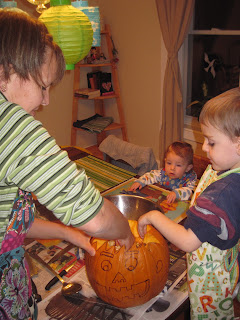 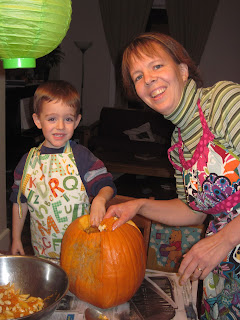 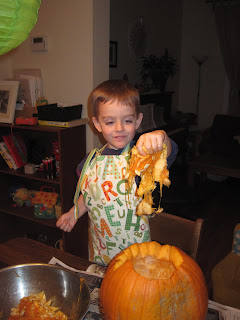 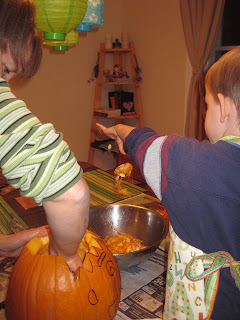 Rachel wasn't so sure about the whole process thought, especially at first... (I love her "Are you kidding me?" look here! Ha ha ha!!!) 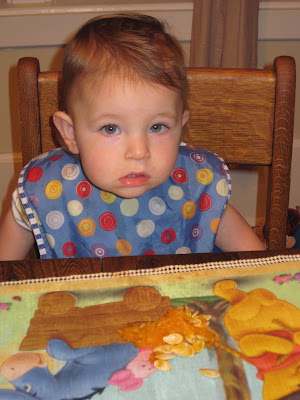 ...but then she got right into it. 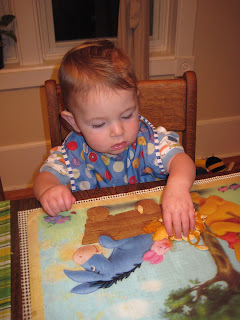 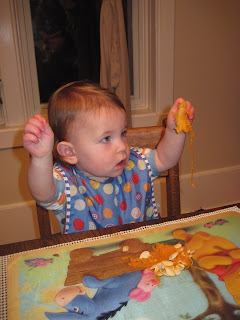 Here I am showing off my scraped wrist from all the hair points. Boo :( 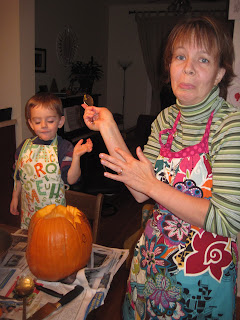 Then it was time to get down to the details. Dave did the first round of carving each piece and I did some of the fine tuning. Sam assisted by throwing pumpkin pieces back into the pumpkin, which actually wasn't all that helpful! At some point during this process Sam asked, "Who's Jack?" and we said, "A Jack-O-Lantern is what a carved pumpkin is called." Sam thought about this for awhile and said, "I'm calling ours Leaf-O-Lantern instead." 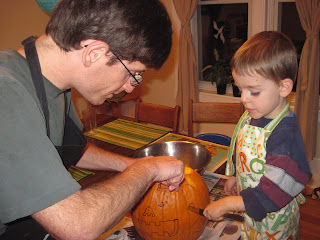 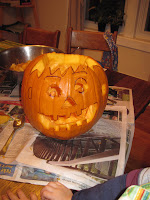 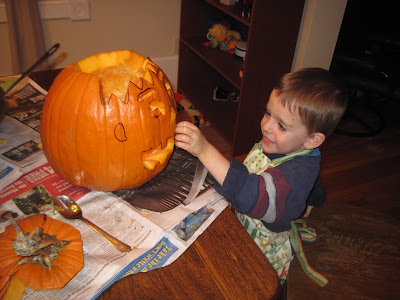 I took the opportunity to cook up some of the pumpkin flesh we were scraping out of Leaf and also decided to cut up the second of the three pumpkins I had actually bought for freezing. Sam wanted to get in on the chopping action so he cut up random bits of pumpkin with his table knife. 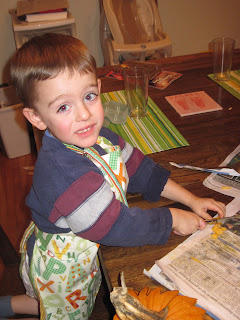 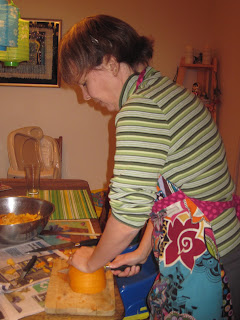 Dave did some very painstaking cutting and now Leaf has arms and hands, which was Sam's request. 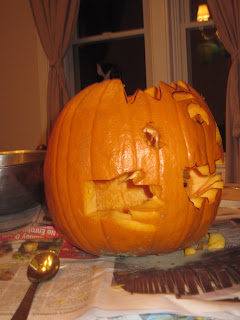 And then it was time to light the candle and see what Leaf looked like. 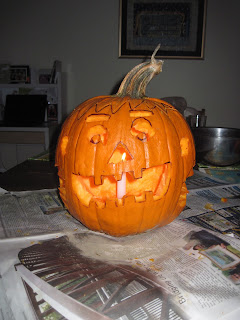 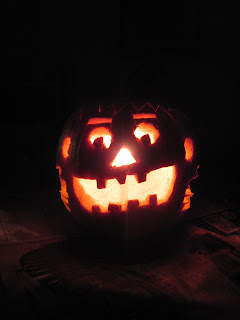 This was the point at which Sam started singing, "Happy Birthday to you!" and Dave and I officially lost it :) But of course, if there is a candle burning why wouldn't you sing Happy Birthday?!?! So Happy Birthday to our very own Leaf-O-Lantern! A fun evening was had by all. 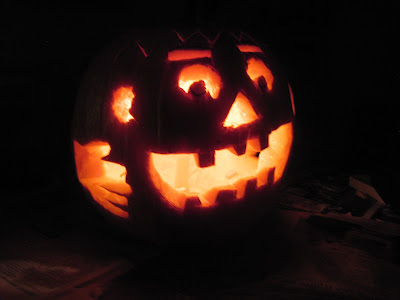