Heading Out Of Town 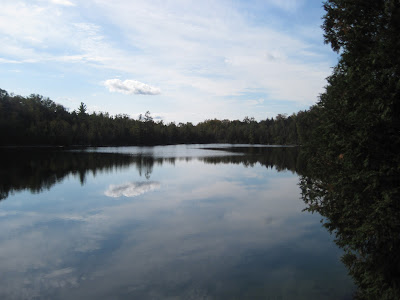 On Saturday our care group went to Crawford Lake, a conservation area near Milton. Normally we just get together at someone's house and eat together but this was a neat outing and I had never been there before. We had so much fun! Our care group is our small group from church and there are seventeen people in it. We are four families and we try to get together about once a month. Some of the people (including me) have been meeting since December 2001 so we've got some history together. 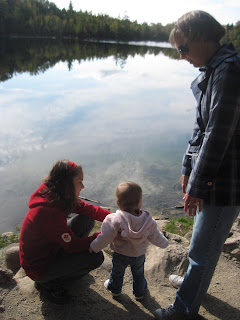 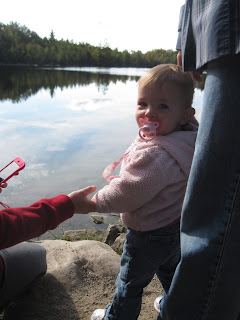 There is a boardwalk around the lake so we walked around it, visiting, enjoying the sites and generally having fun. We had brought the Chariot which took up the entire width of the boardwalk so I felt a little bad about that. Especially since Sam didn't really sit in it at all. He was too busy looking at things and hanging out with the other kids. There are nine kids ages 1 to 14 in our group so it is a bit of a spread but the mix seems to work. 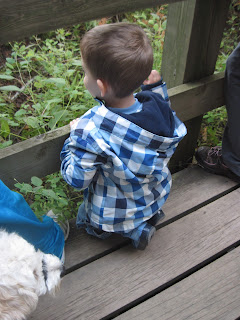 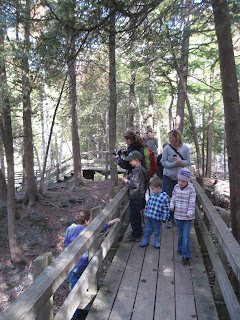 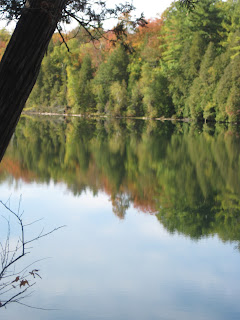 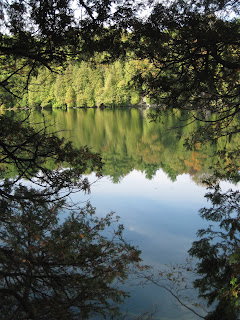 After we walked around the lake we ate a picnic lunch inside because the wasps were awful. Boo :( But lunch was very good. 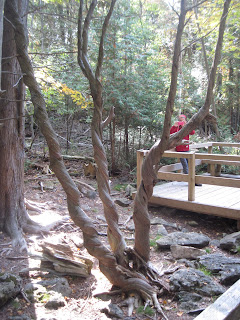 We were going to briefly check out the longhouses at the recreated 15th century Iroquoian Village and then head home because our kids were tired. So Dave went to throw things (including the camera) in the car and I took the kids to the village. However, we got very distracted there because they had a ton of lacrosse sticks and tennis balls and we all started "playing lacrosse", by which I mean we all threw the balls at each other trying to catch them. It was so much fun! We played for about half an hour and I laughed so much! Margaret spent a lot of time with Rachel and Sam spent a lot of time chasing the balls. Eventually most of us figured out how to catch the balls because it was tougher than it looked.

I wish I had some pictures from the village because it was all constructed out of poles and it was a sight to see. But you will have to imagine how cool it looked because it was pretty neat. 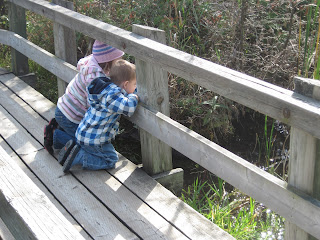 And then we headed home so everyone could nap. I love our care group. I love getting together with this fun group of people. It feels like we are extended family, getting together with a large group of cousins to play with. I wish my kids had a bunch of cousins like I do (21 on one side, 11 on the other) but they only have four cousins in total. With care group though, I feel like they get a dose of the large extended family feeling and I love it so much. Joining this care group all those years ago was one of the best things I've ever done.

And going to Crawford Lake was pretty awesome too!
Posted by Unknown at 09:11