Am I French?: Part the Third 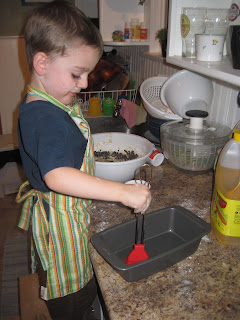 (This is a continuation of my thoughts about parenting, kick-started by reading the book, "Bringing Up Bebe: One American Mother Discovers the Wisdom of French Parenting" by Pamela Druckerman. For Part 1 see here and for Part 2 see yesterday's post. Also, there is no Hymn of the Week this week because we didn't go to church. And stay tuned for a "special week" coming tomorrow!)

There are a few aspects of French parenting I wish I could embrace more whole-heartedly, or I wish I had known about when my kids were born. For instance, Sam and Rachel were awful sleepers. Rachel was more difficult to deal with because she slept really well until about five months when she slept in two hour stretches for THREE. WHOLE. MONTHS. I thought I was going to go insane. I probably was insane. I was sooooo tired. French parents know about "The Pause" and they practice it. "The Pause" is when a baby wakes up, you allow it to try and go back to sleep on its own instead of jumping up to attend to its every (possibly imagined by the parent) need. "It strikes me that the French genius isn't coming up with a novel, mind-blowing sleep trick. It's clearing out the clutter of competing ideas and focusing on the one things that truly makes a difference." (p 48). And it's not seen as ignoring the baby, for as Druckerman says, "For the French, teaching a small baby to sleep isn't a self-serving strategy for lazy parents. It's a crucial first lesson for children in self-reliance and enjoying one's own company." (p 53). I wish I had known about The Pause, and been convinced that teaching a baby to sleep was so important, before I'd had kids. 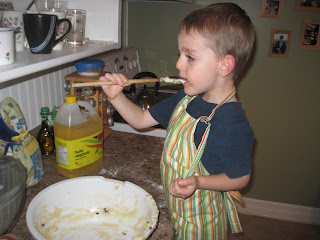 I joined a gym this summer. After thirteen months of not feeling good about my body, I felt like it was worth it to spend some money to get back in shape. But I felt, and still do feel, somewhat guilty about it. Money on a gym? Taking time away from the kids for something that feels inherently selfish? "For some American moms, there's something morally righteous about committing to motherhood at the expense of their bodies." "It seemed selfish to take time away from their babies to tend to their fat or even to talk too much about it." (p 125). These sentences summed up my feelings perfectly. French moms view it in a whole different light. They get back their pre-baby bodies as soon as possible. And not only that, "What's different about French moms is that they get back their pre-baby identities too." (p 129). What? I had a pre-baby identity?!?!?! What was it??? I need to work on that one :) 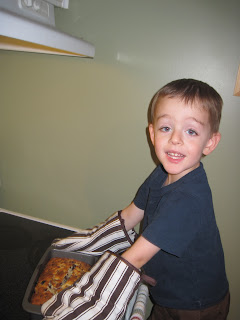 Another thing I am challenged to work on is my style of parenting. "The parents I see in Paris today really do seem to have found a balance between listening to their kids and being clear that it's the parents who are in charge." (p 93) I fully agree with this but, as Druckerman, I lean towards being authoritarian and not authoritative. I want to embrace Druckerman's philosophy at the end of the book, "I see it as my job to stop my kids from being consumed by their own desires. But I also try to say yes as often as I can." (p 260).

So there you have it, my parenting style, my thoughts on parenting and more than you probably wanted to know about my parenting philosophy. I encourage you to read this book and decide for yourself where you fall in the spectrum of parenting Druckerman writes about. 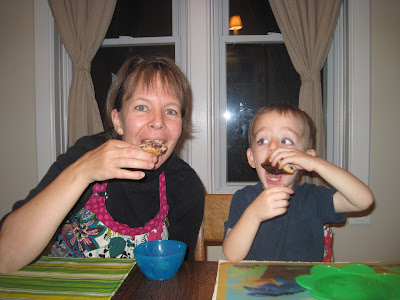