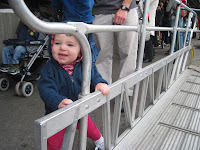 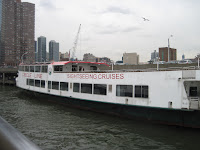 Yesterday afternoon we took a sightseeing cruise up and down the Hudson River to the Statue of Liberty. Pre-kids I used to travel with an empty notebook and a pen so that I could take notes on things like this because there is usually a lot of interesting information that I can never remember. However the thought of taking notes didn't occur to me until the guide said something interesting and I realized I had nothing to write the tidbit down on. Oh well. Anyways, if you are ever in New York City and looking for something fun to do, I definitely recommend a Circle Line Sightseeing Cruise. We did the 75 minute Liberty Cruise and it was really good. And I definitely want to do a longer one next time we are able to come to the city. 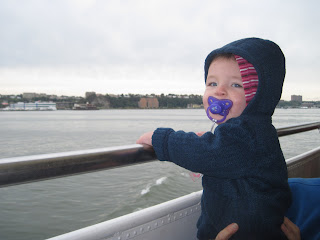 Rachel spent almost the entire time with Dave's aunt and really enjoyed herself. 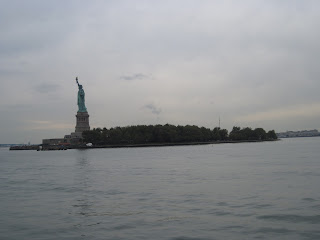 The famous lady. I didn't realize that The Statue of Liberty is one of the only statues (in the US? in the world? Where was my paper again?!?!?!) dedicated to an idea, rather than a memorial. 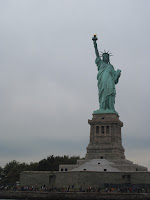 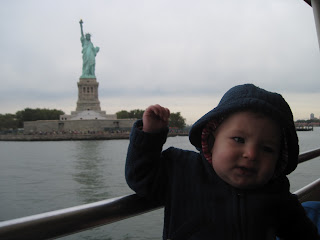 Once we were in New York Harbour there was so much to see. Sailboats, the bridges over the East River, Staten Island Ferry. And even though it was a grey-ish day it was so fun to be ON the water. 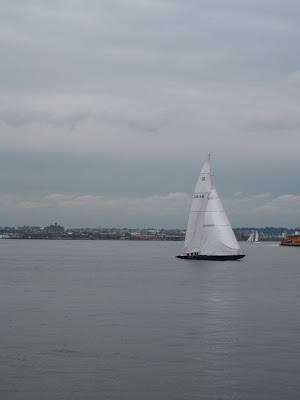 Then we saw the famous New York Skyline, including the new World Trade Centre buildings. The tallest one is called the Freedom Tower. I've been to New York City a few times before but this cruise gave me such a different perspective of all of Manhattan and its buildings. 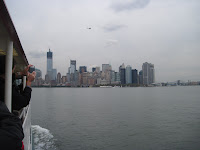 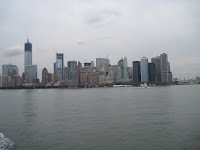 Finally, we saw the pier where Titanic was supposed to have docked. The picture on the left shows the pier and a grey building which houses a memorial to the Titanic. On the right are the Chelsea Piers which are mostly used to film TV shows now. The Empire State Building is in the background. 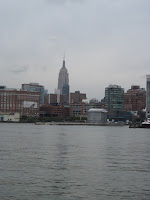 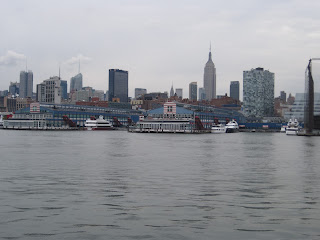 I love being on the water in general but as I said above, I thought this was an excellent way to see Manhattan and get a bit of a different perspective on the city. And the kids really enjoyed it too which is always a bonus. Next time though I'll try and remember to bring my pen and paper so I can remember some of the interesting facts to share :)
Posted by Unknown at 11:03