January 19, 2014 -- There was a Vespa near the washrooms at the place where we celebrated Dave's birthday with his family. This is not the greatest picture but I love Sam's expression as he "rides the Vespa to my bed!" 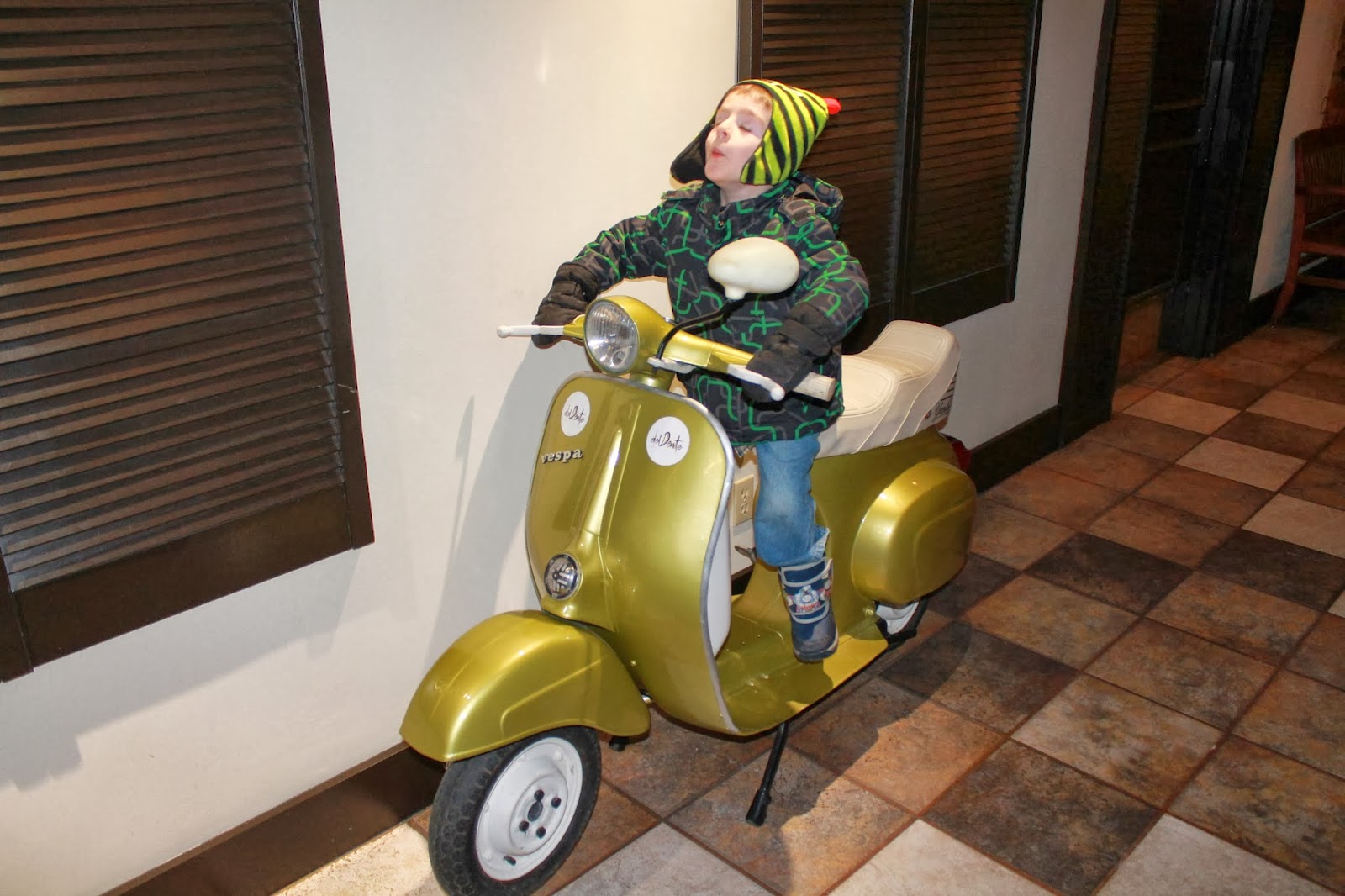 January 20, 2014 -- I drank Earl Grey tea from Janice in my new mug from Jen on this cold day. Since both kids were at home all day, tea was a necessity. 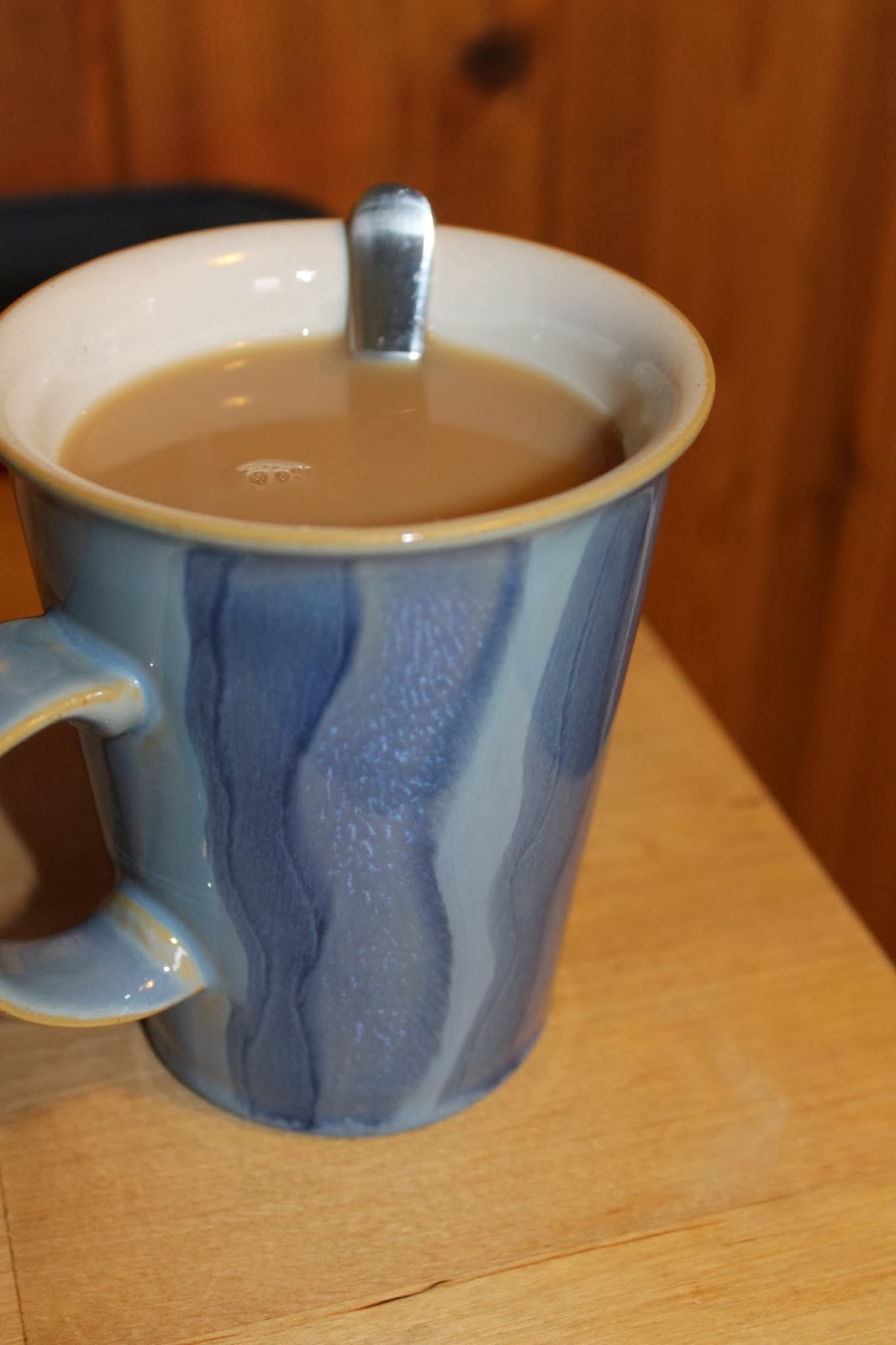 January 21, 2014 -- Sam and Rachel both stayed home this day. Rachel was sick and Sam was "too tired" for school. Since it was brutal windchill (-30C), I was happy to just be inside. They took a break from watching Franklin videos to have some tea. 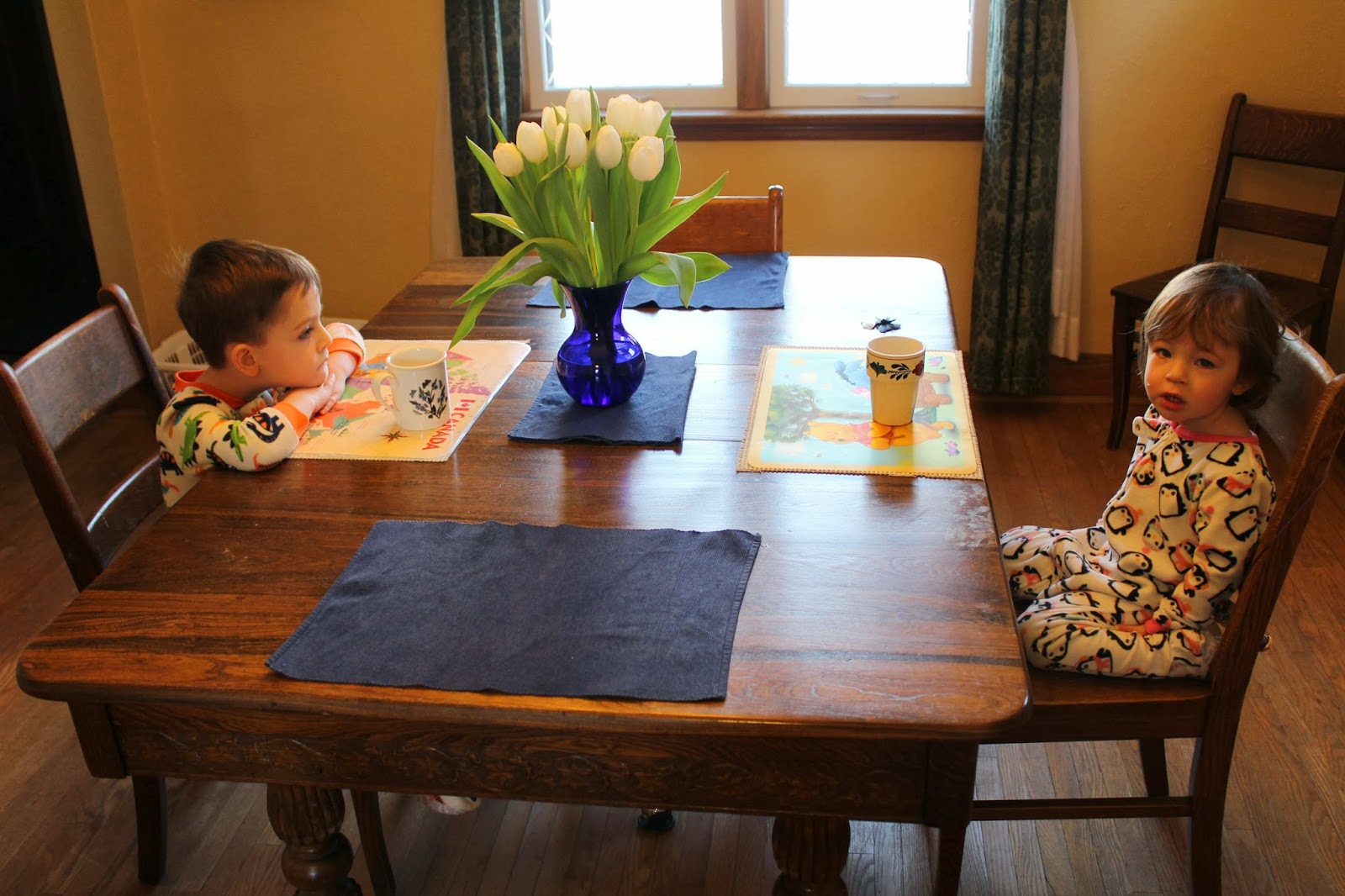 January 22, 2014 -- Rachel coughed pretty much All. Day. Long. so I was busy holding her or trying to help her feel better but I did notice that my previously pure white tulips were showing streaks of red. Weird. 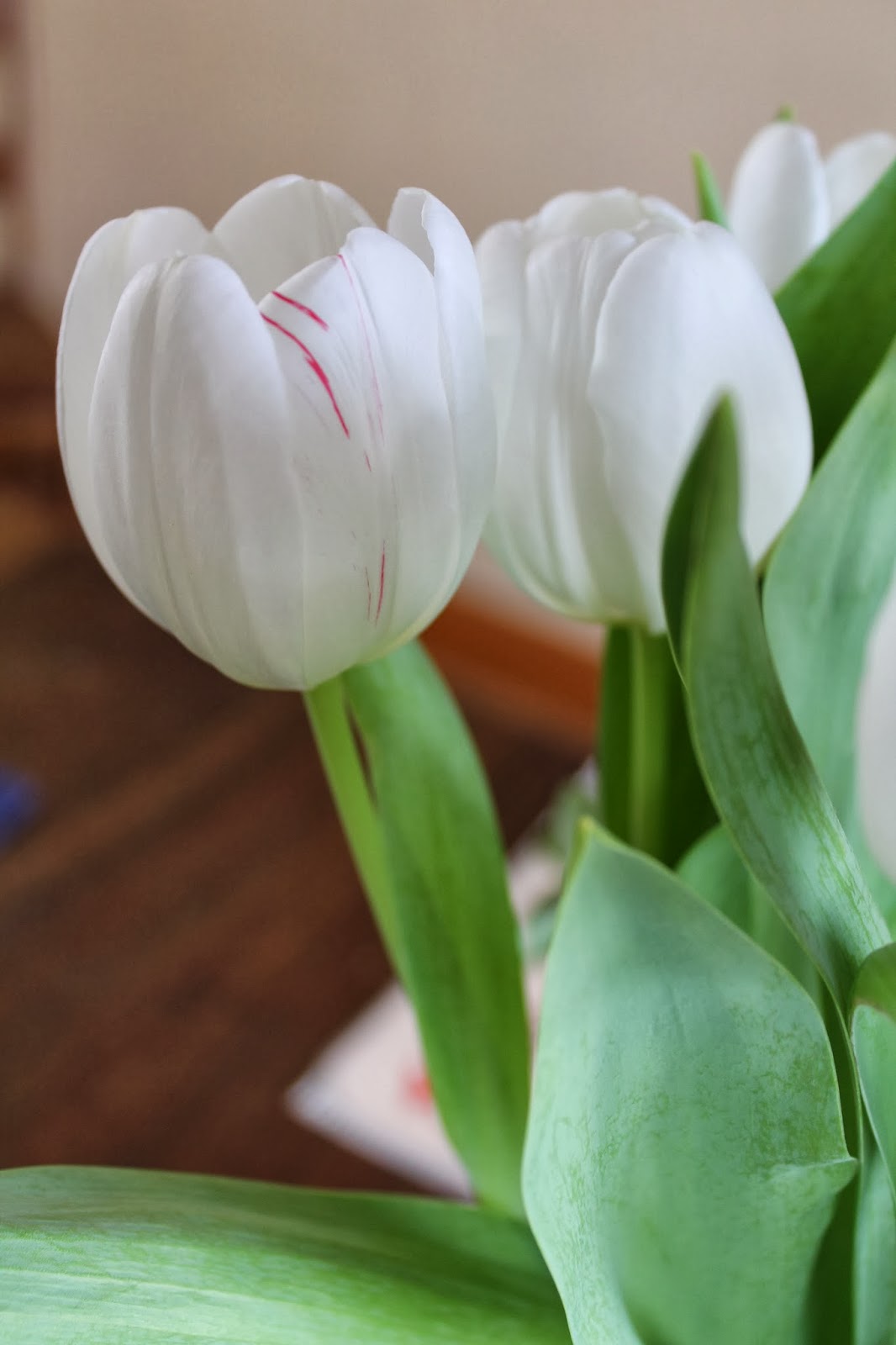 January 23, 2014 -- I got Rachel's cold so I spent most of the day in bed. Throughout the day my nightstand acquired nasal sprays, a Kleenex box, the phone, some New Zealand trip planning aids, and a "special drink" made for me by Sam. 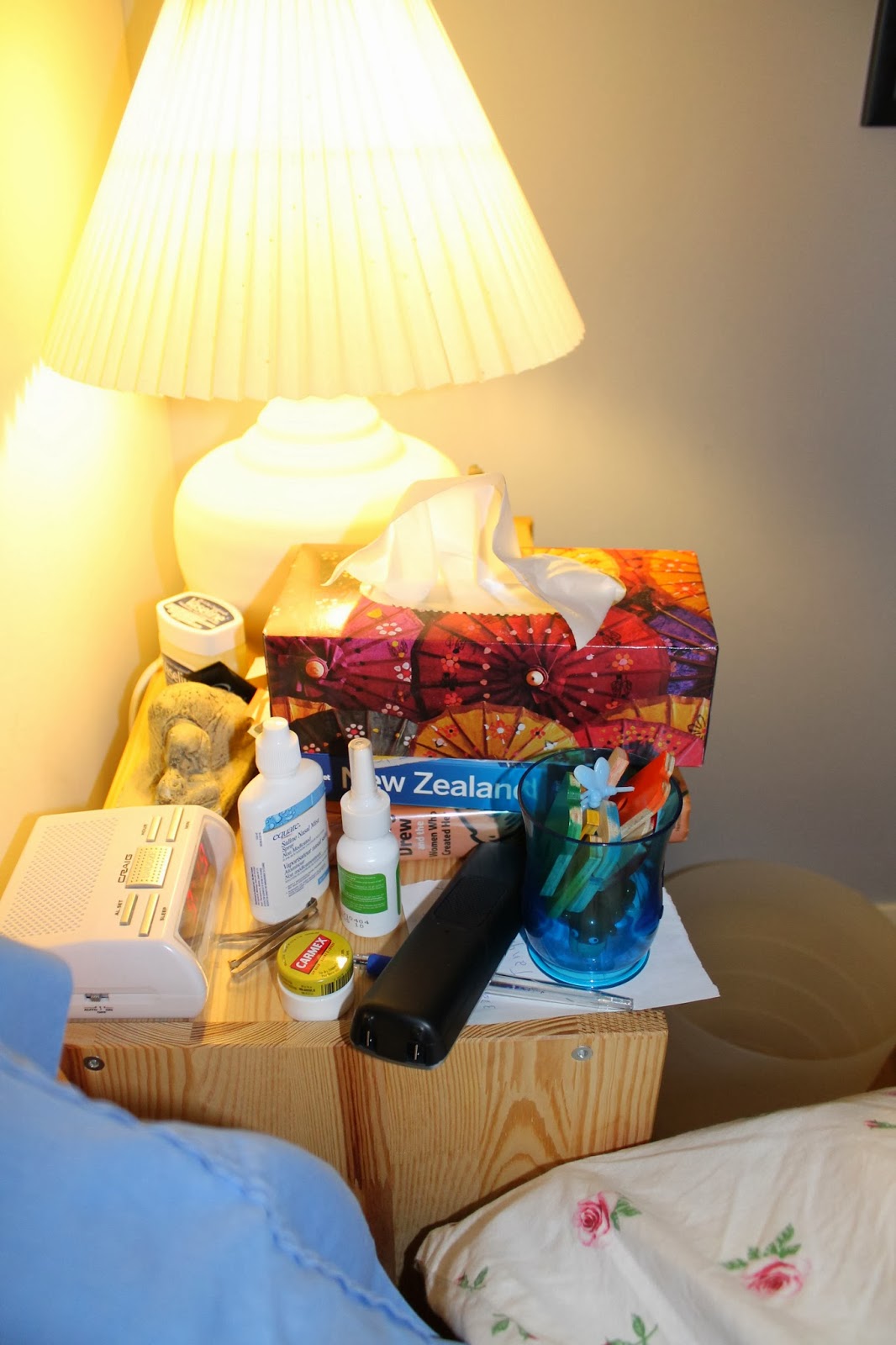 January 24, 2014 -- Even though I spent a lot of the day in bed, or on the couch, Dave celebrated Shabbat with the kids, in the midst of chaos! I took this picture after eating a small supper and before going back to bed. 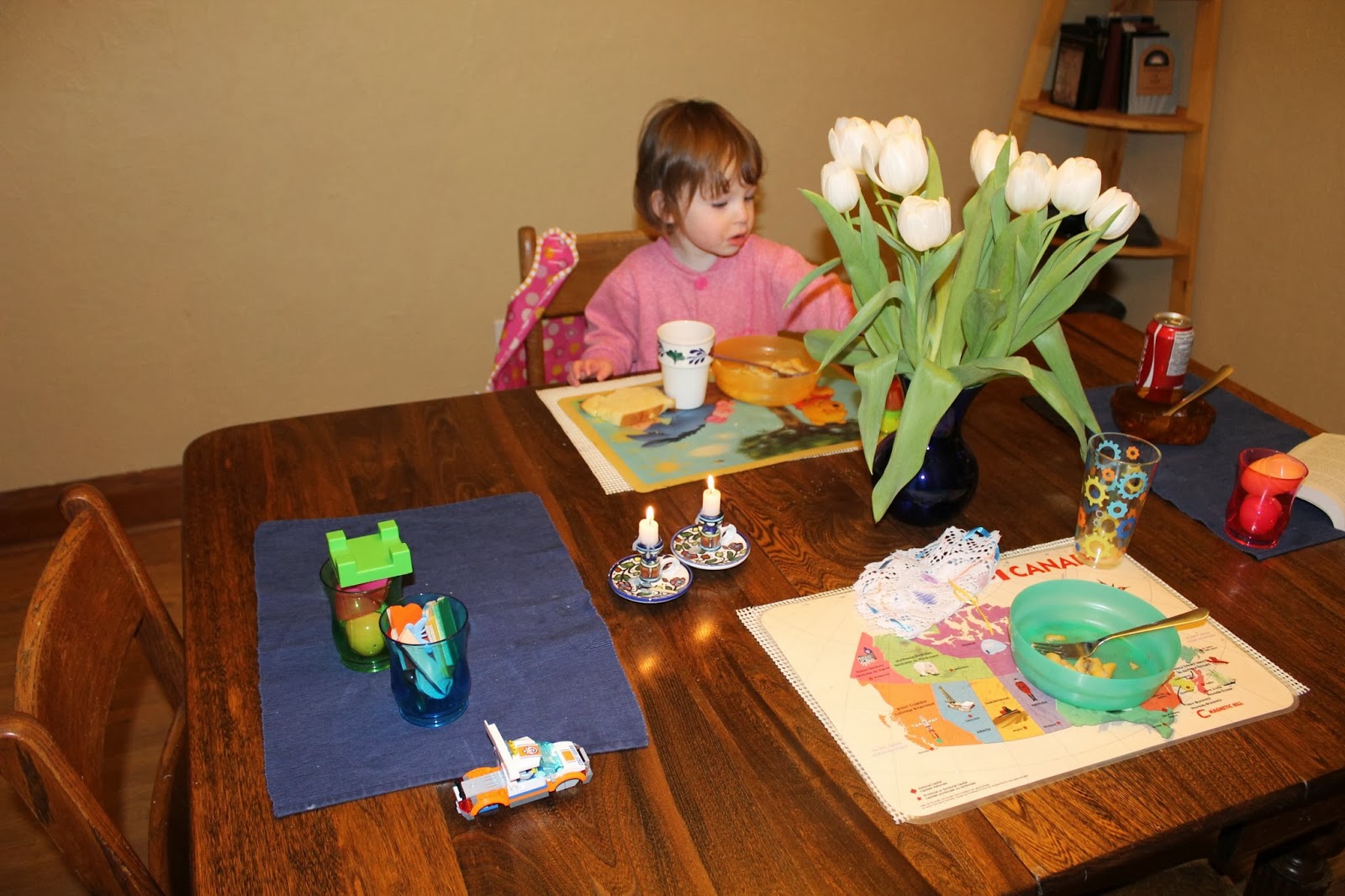 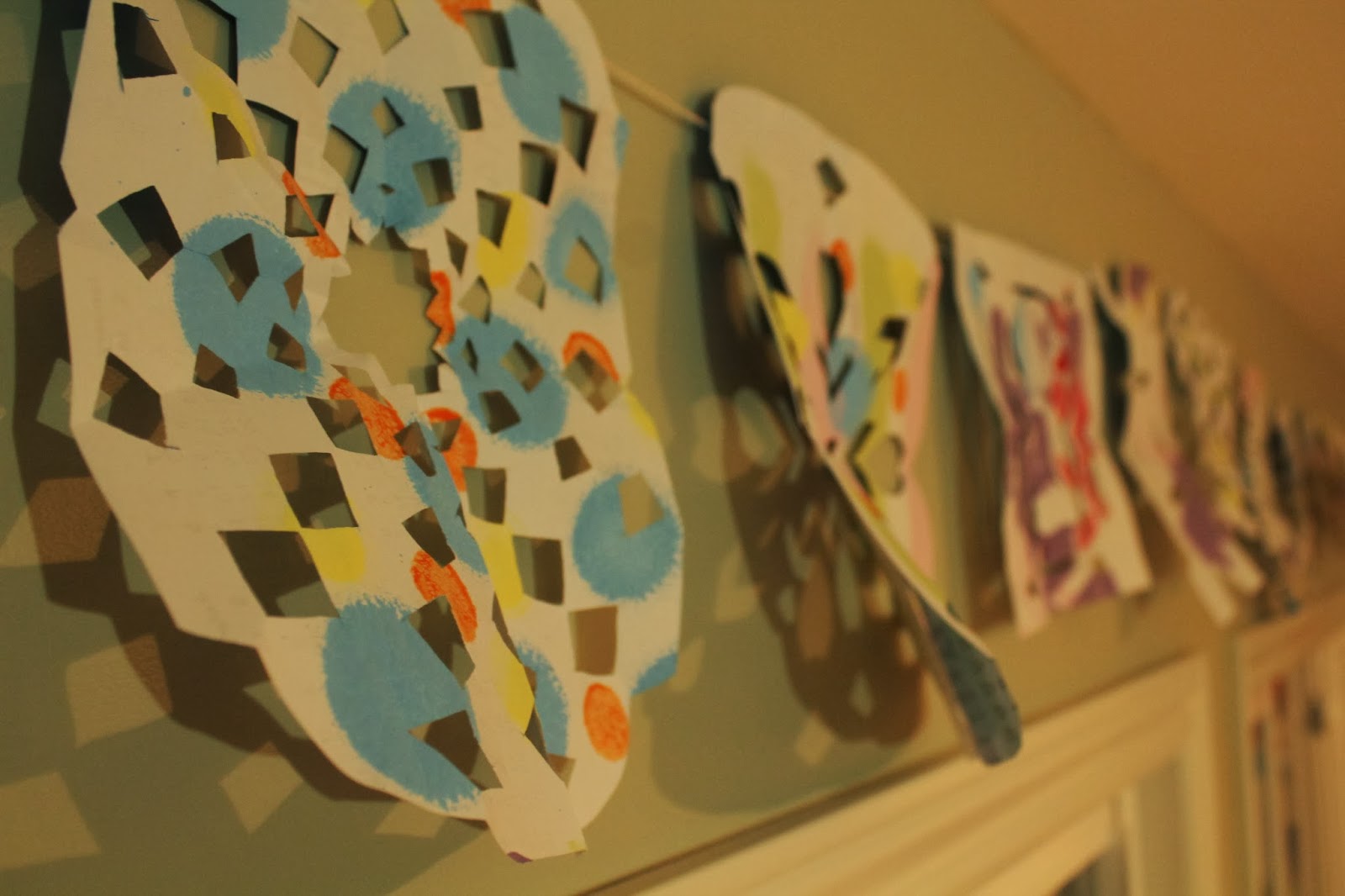