I'm Really Not A Snake Person

On the Thursday we were in Hilton Head, it was pouring rain in the morning so we had a quiet morning at the timeshare and then made our way to the Coastal Discovery Museum in the afternoon. We also bought tickets for the Low Country Critters show, which we were told started at 2. So we meandered our way over to the pavilion. 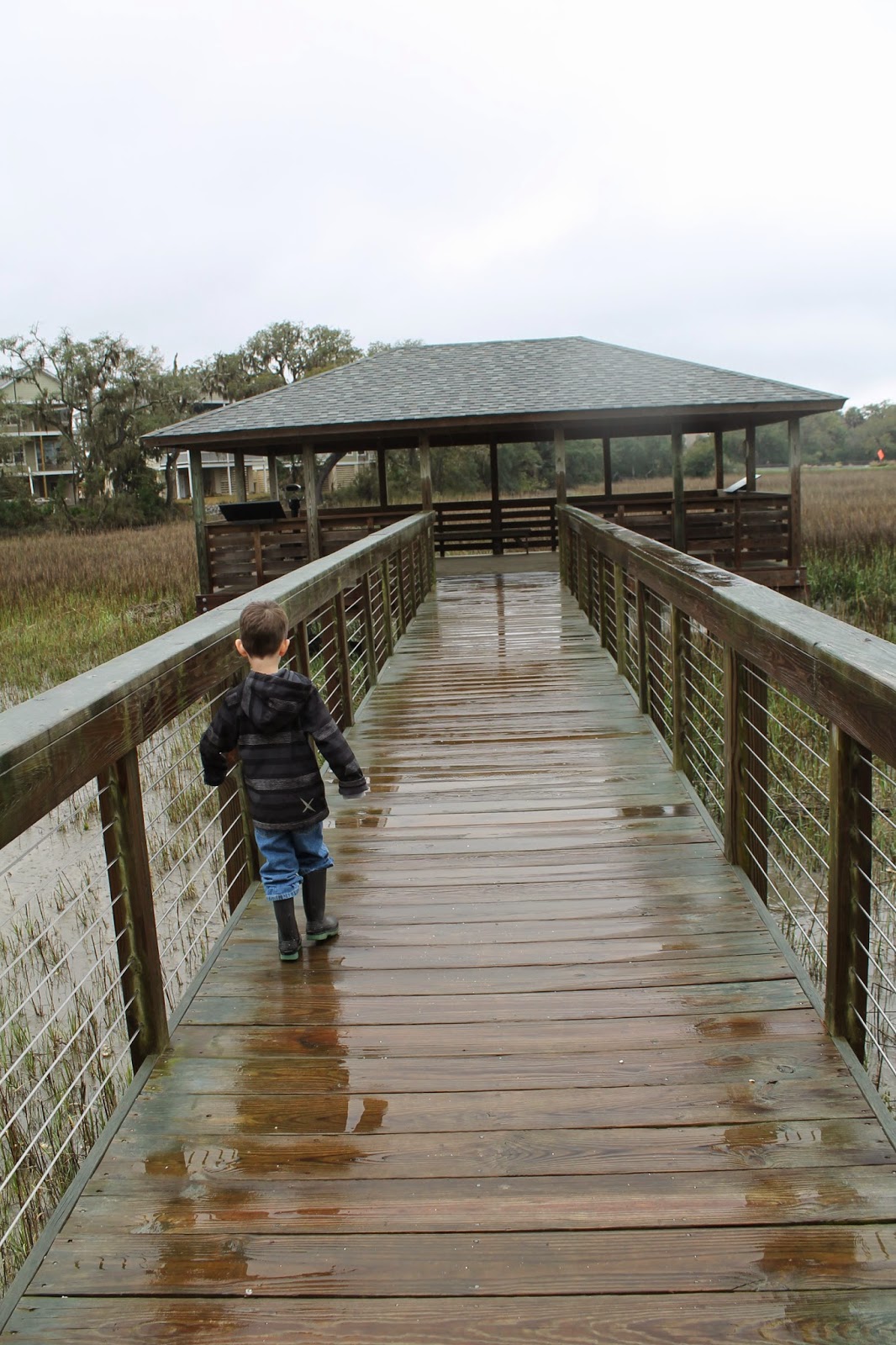 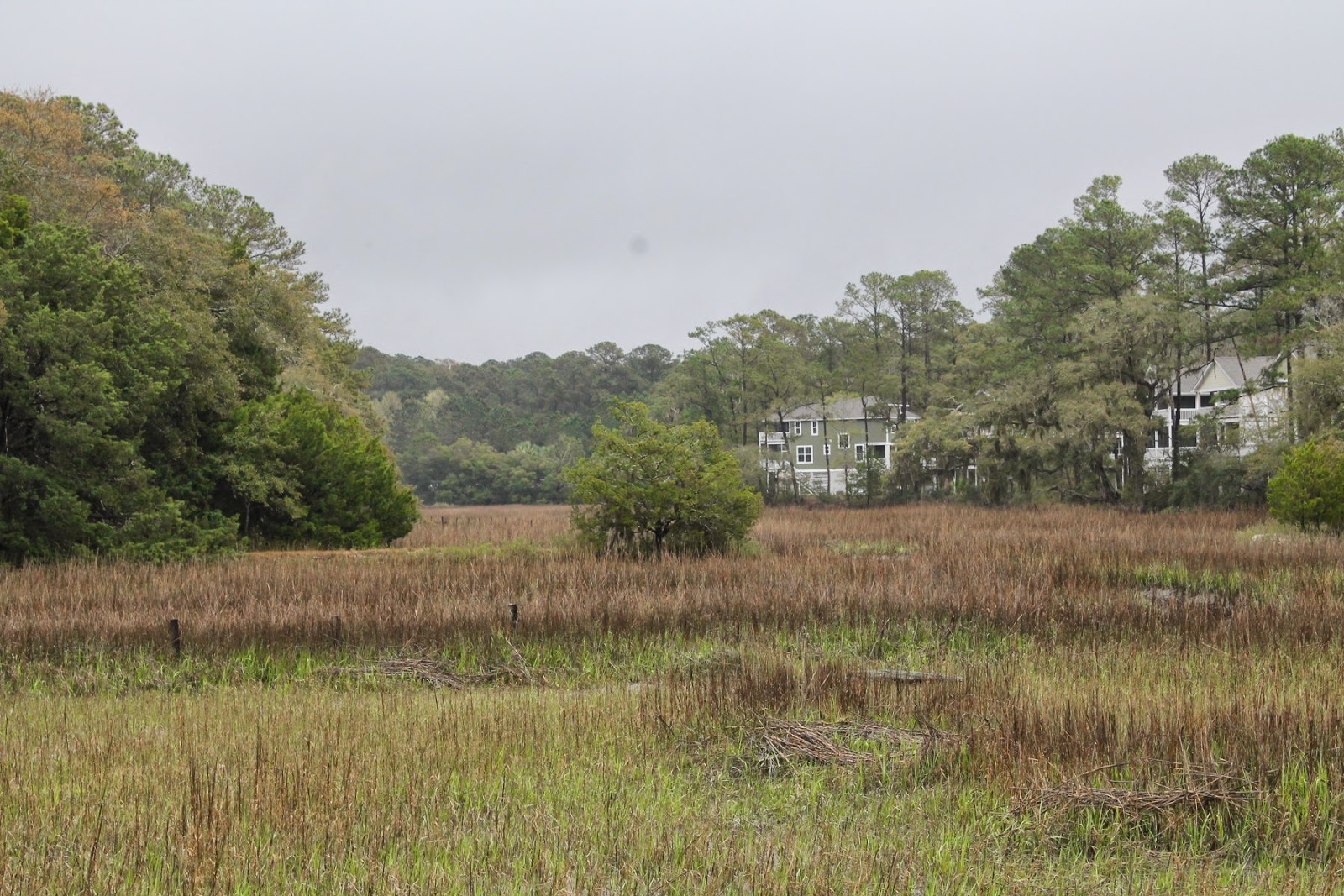 I just love these pictures of the four kids on the boardwalk. 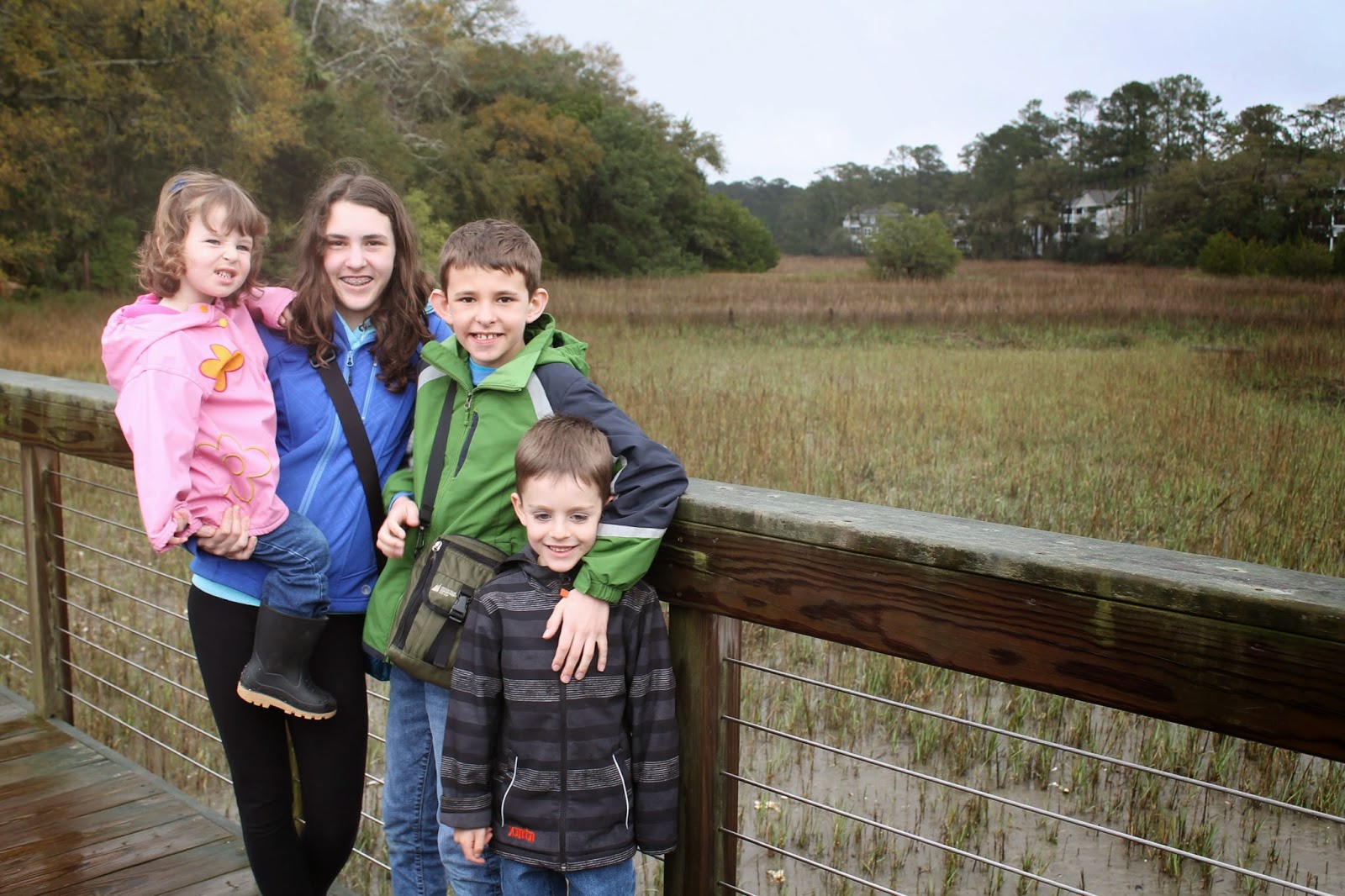 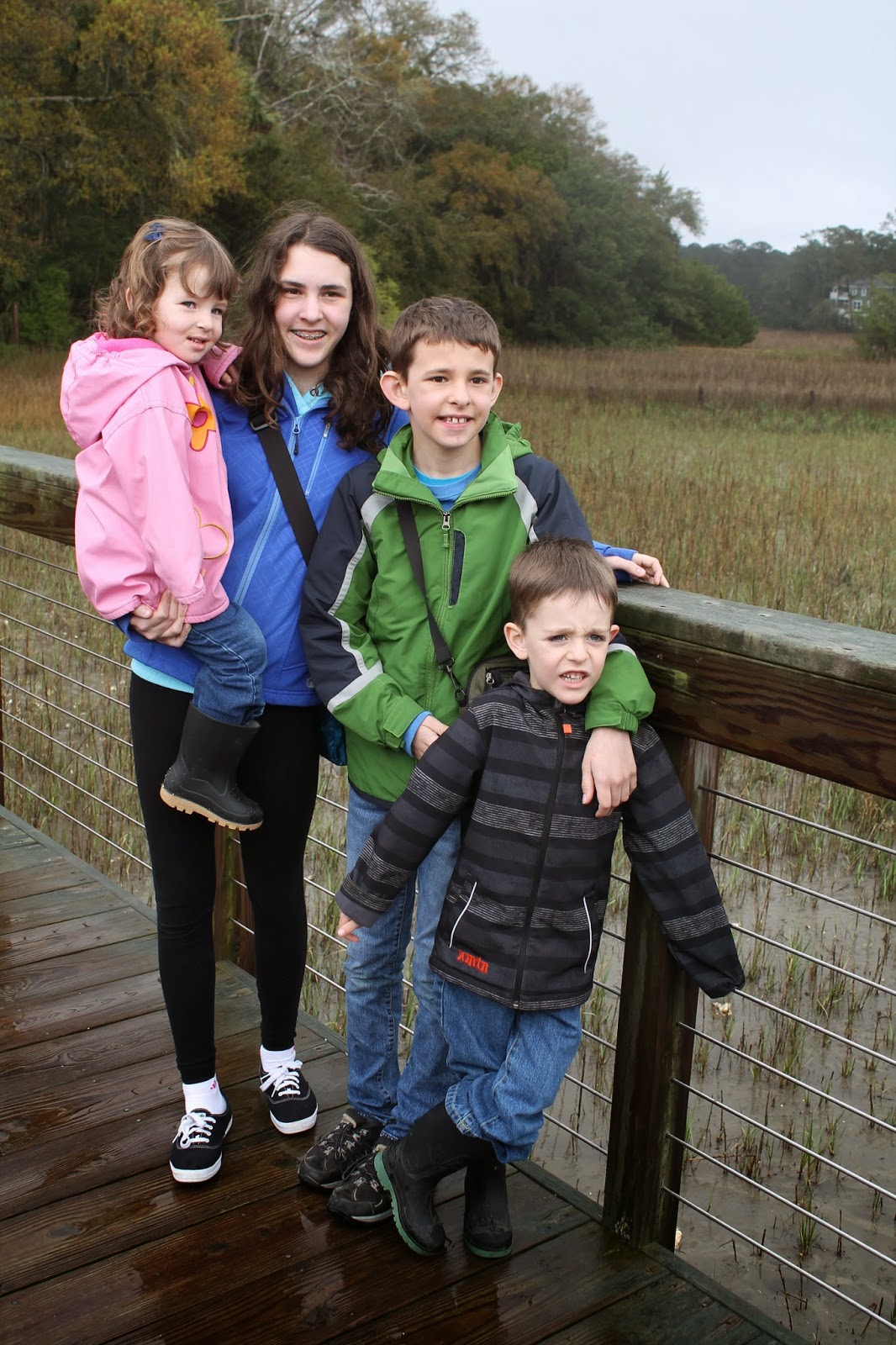 When we got to the pavilion, the people running the show were packing up. "Sorry," they told us. "We were only running until two." We were rather annoyed (at the tickets sellers, not at them) as we had basically been killing time for forty-five minutes. But Joe, the owner, took pity on us, and pulled all his animals out again.

Soon we had more critters hanging off of us than we knew what to do with. I instantly declared myself the official photographer! 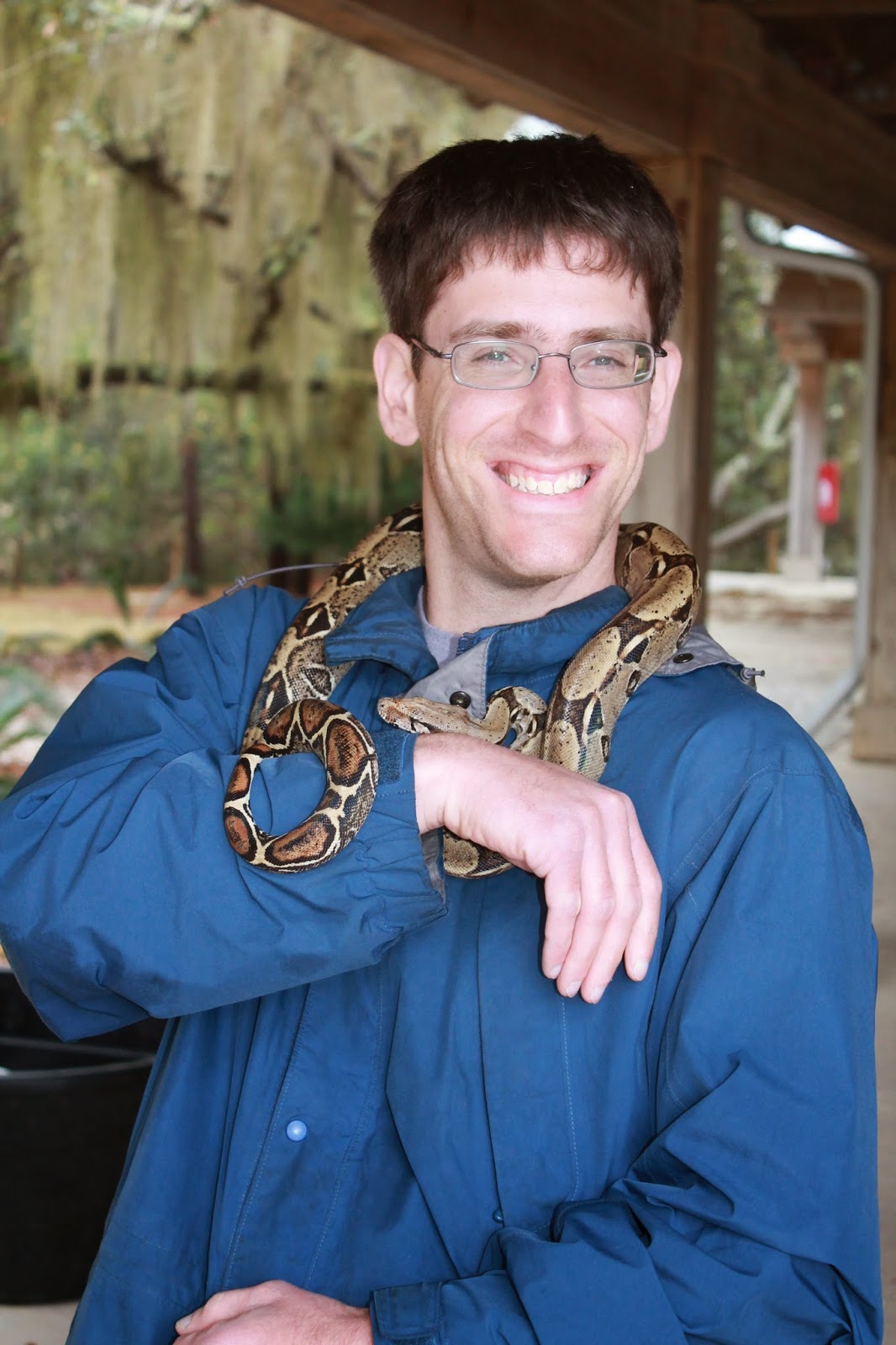 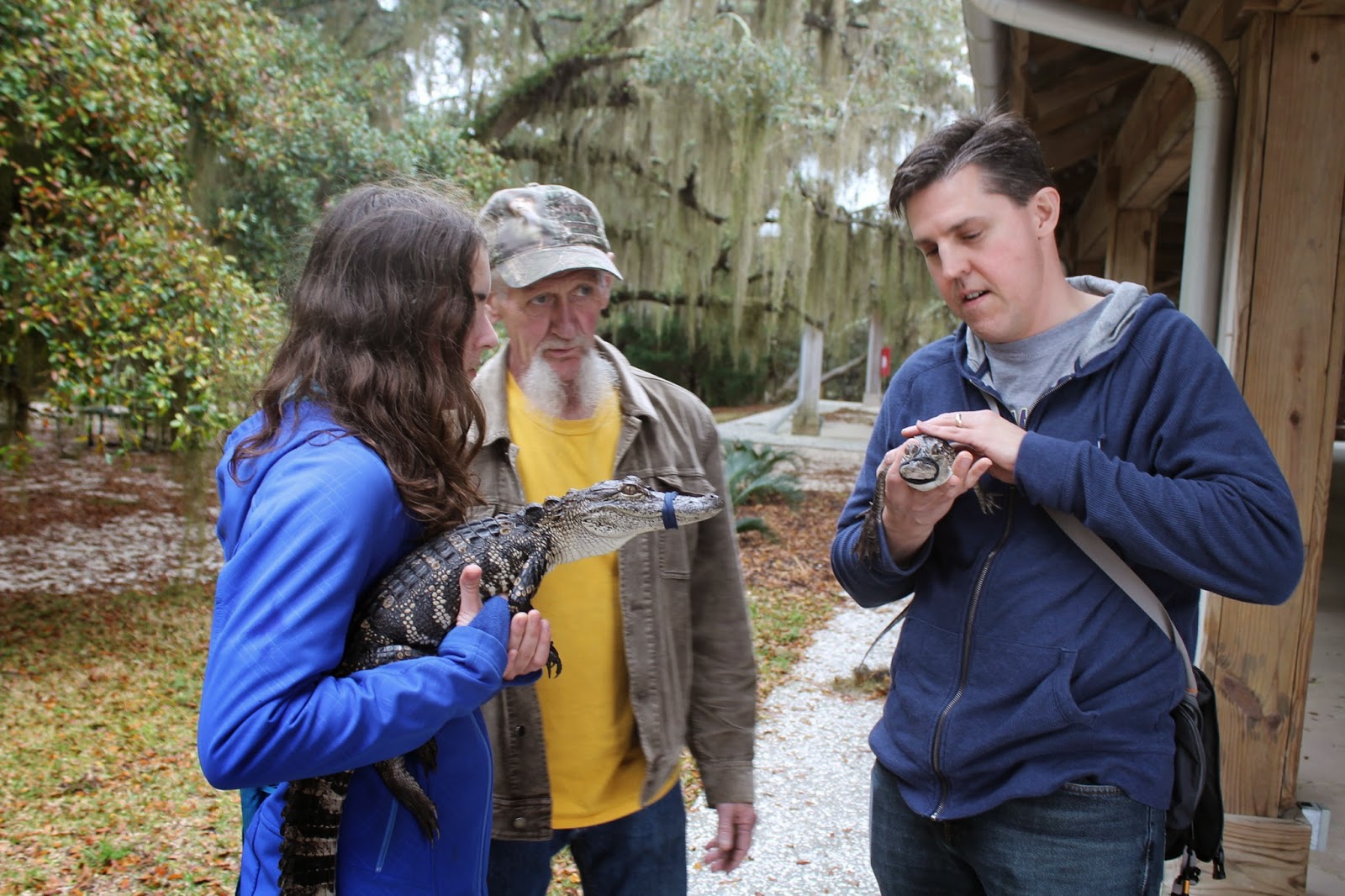 But Joe wouldn't stand for that, and before I knew it, I was up close and personal with an alligator. Yikes! 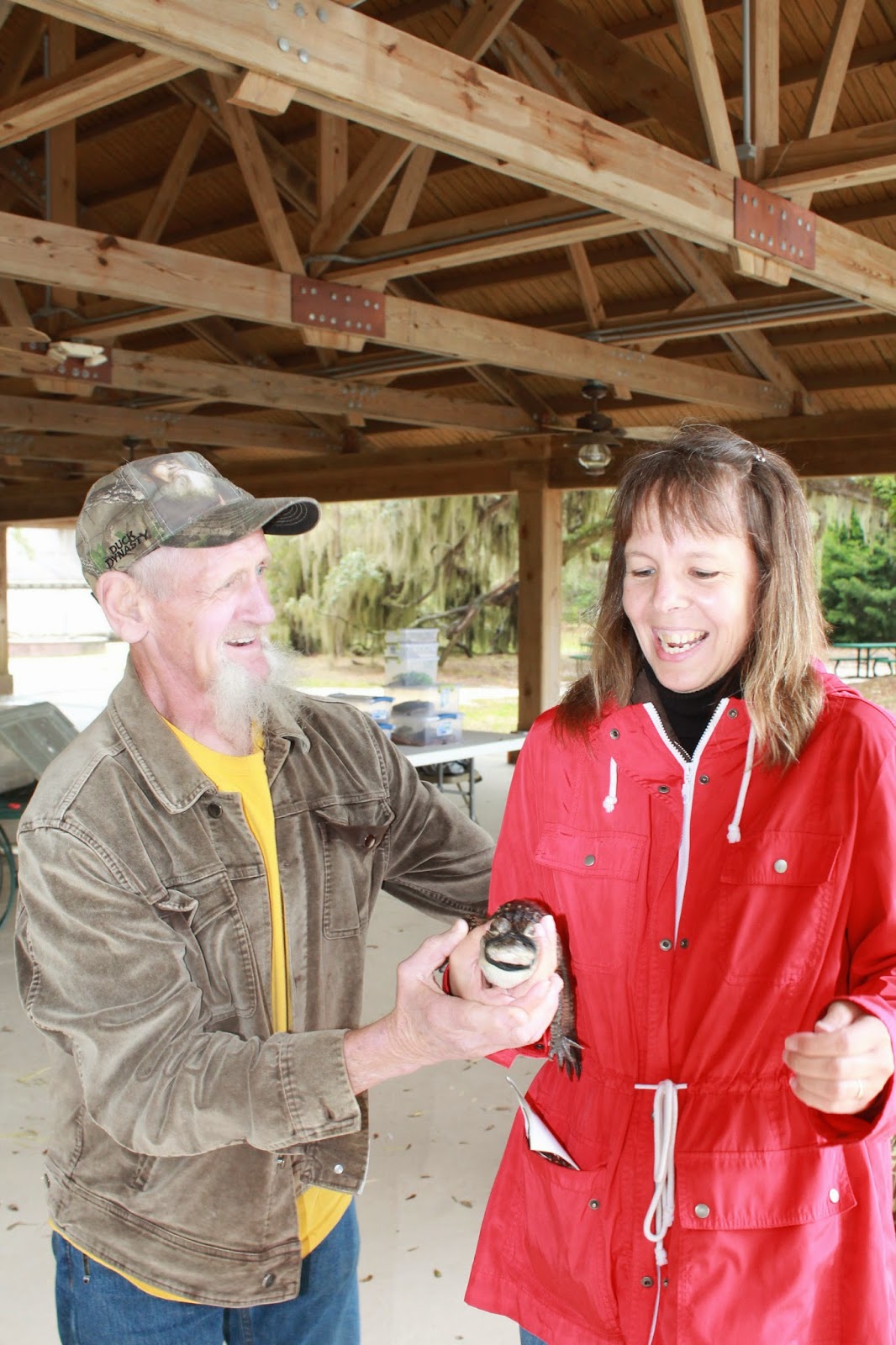 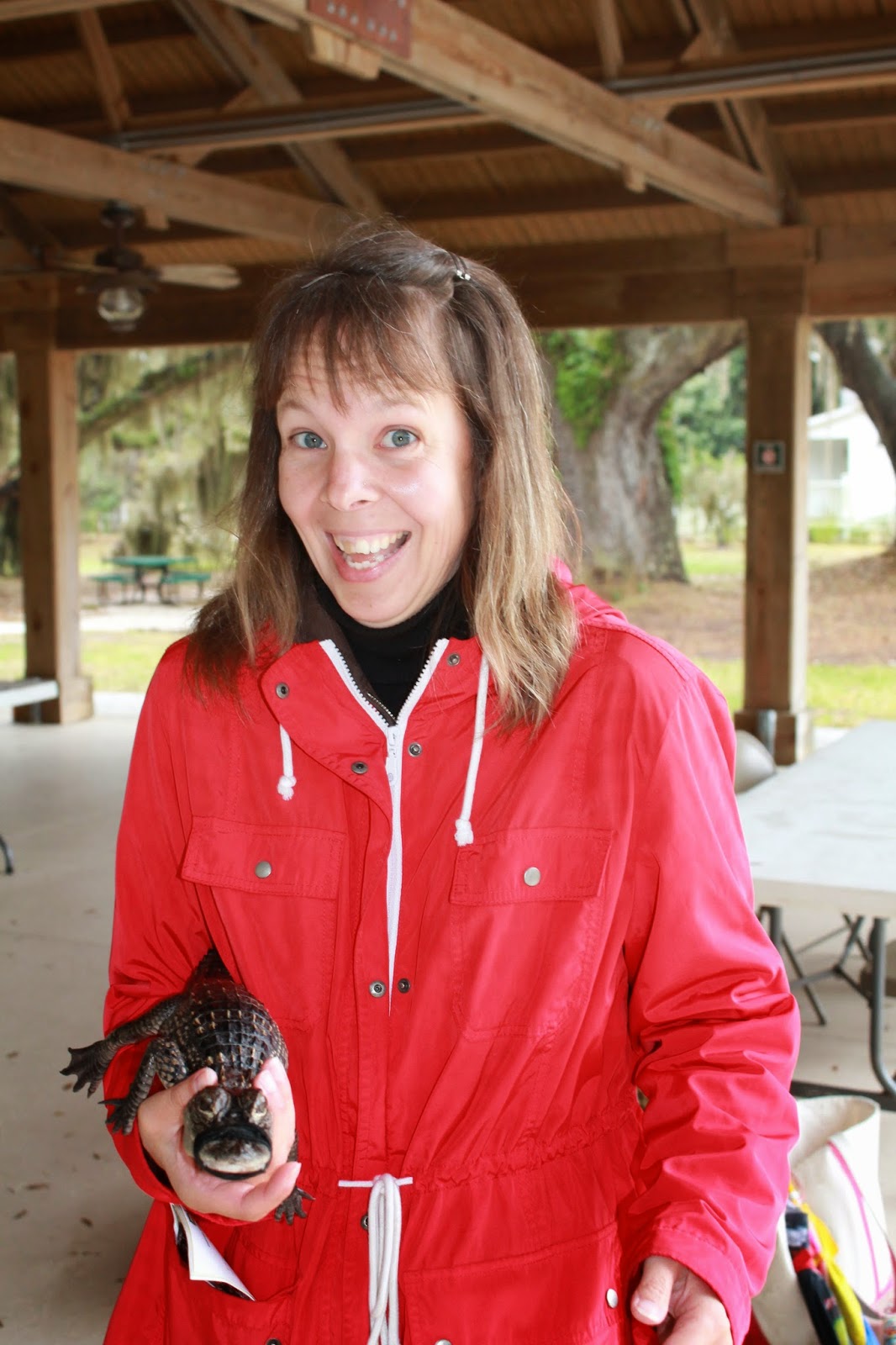 And Sam and Rachel were petting snakes. Double yikes! I really can't stand snakes so I either wiped the memory of taking these pictures from my mind, or Tim took them. I really don't know. 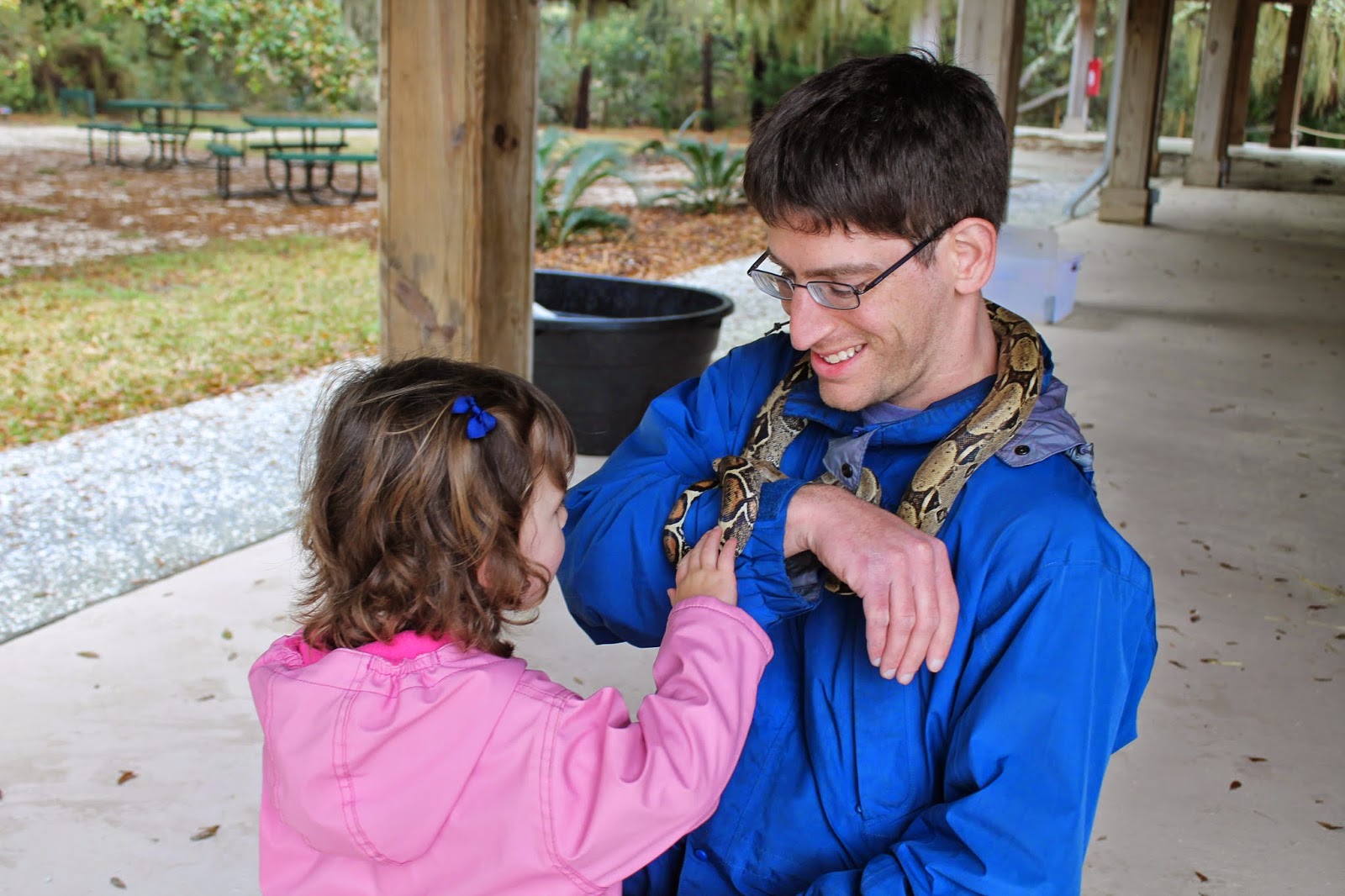 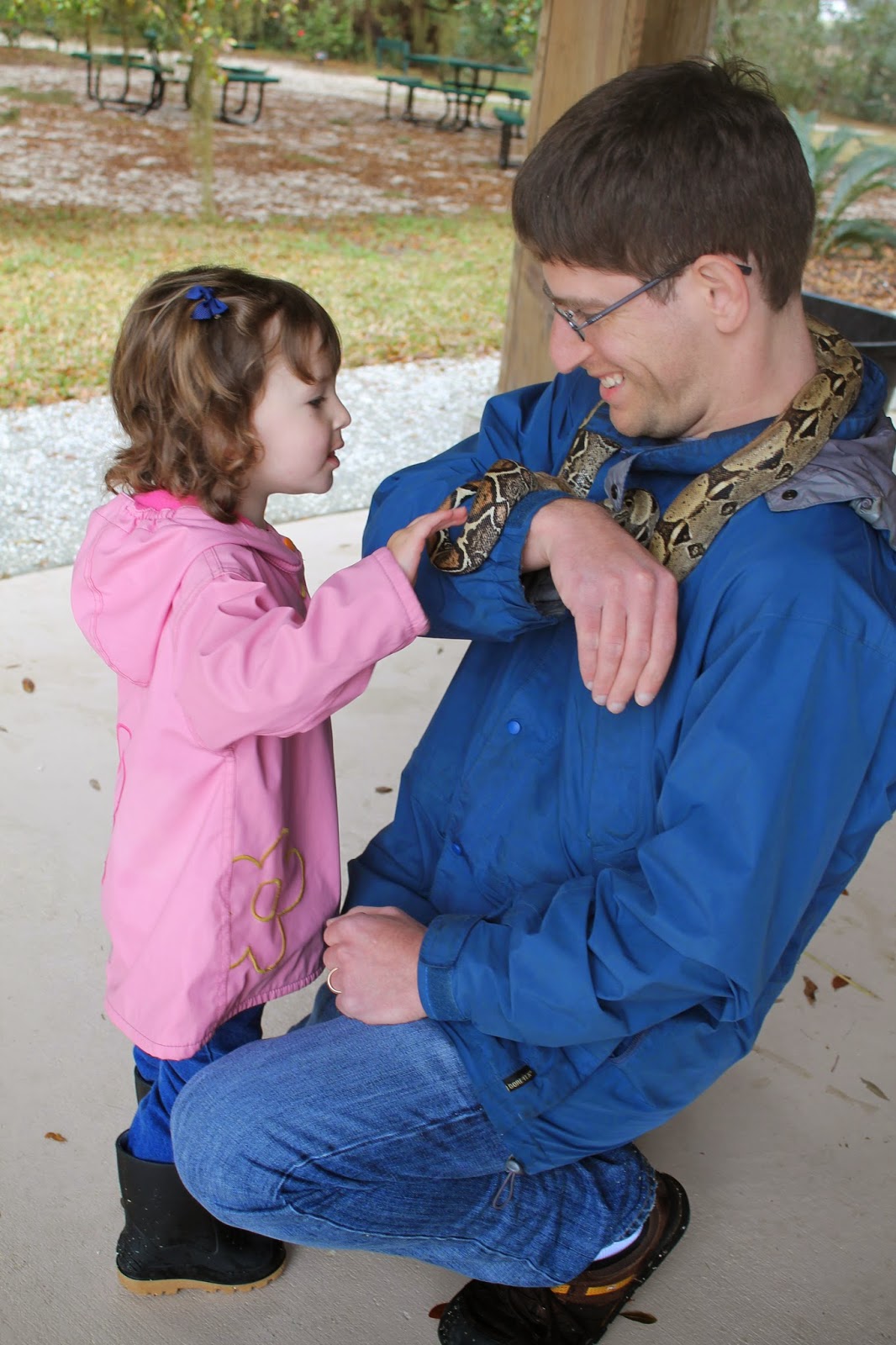 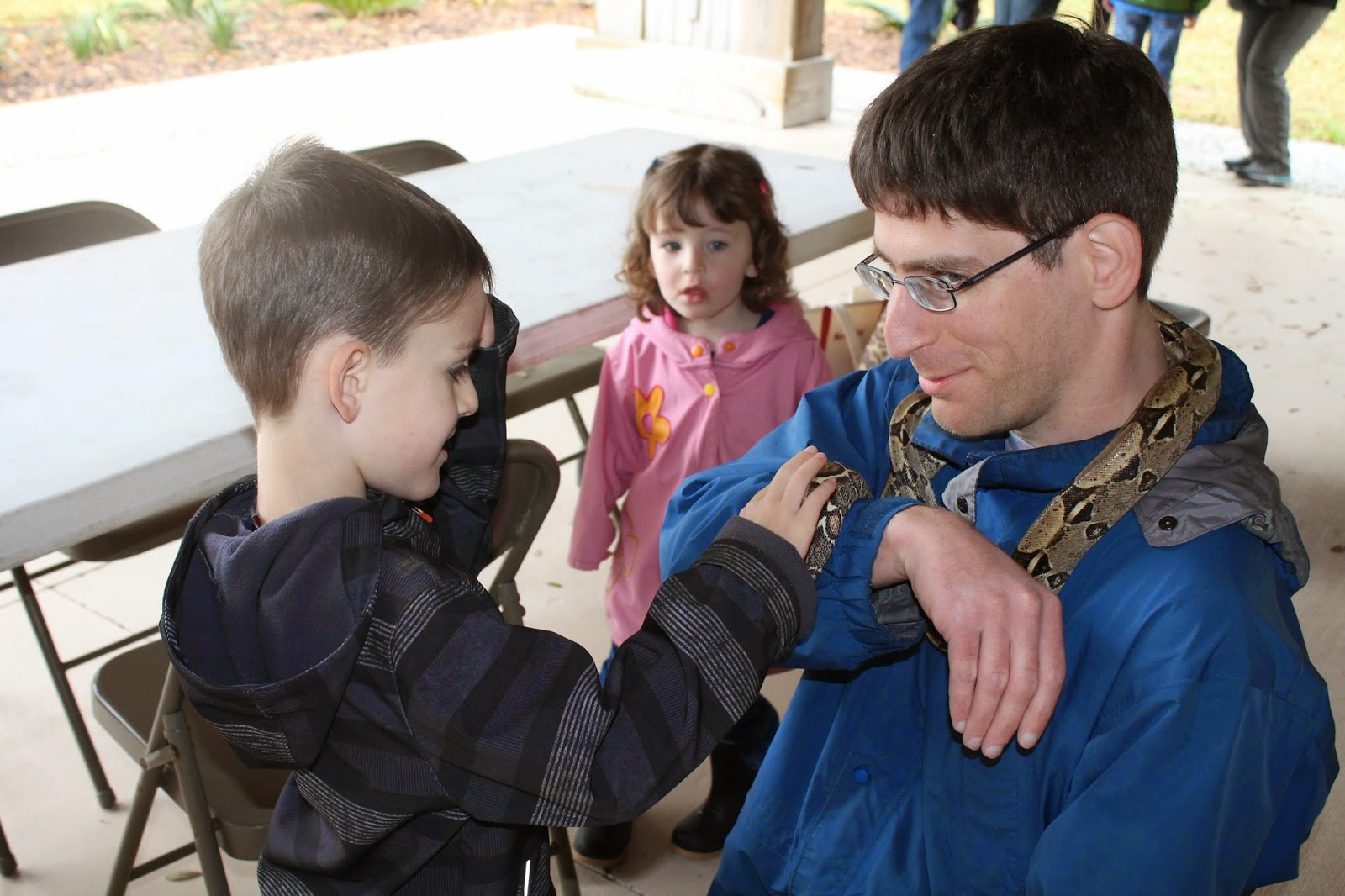 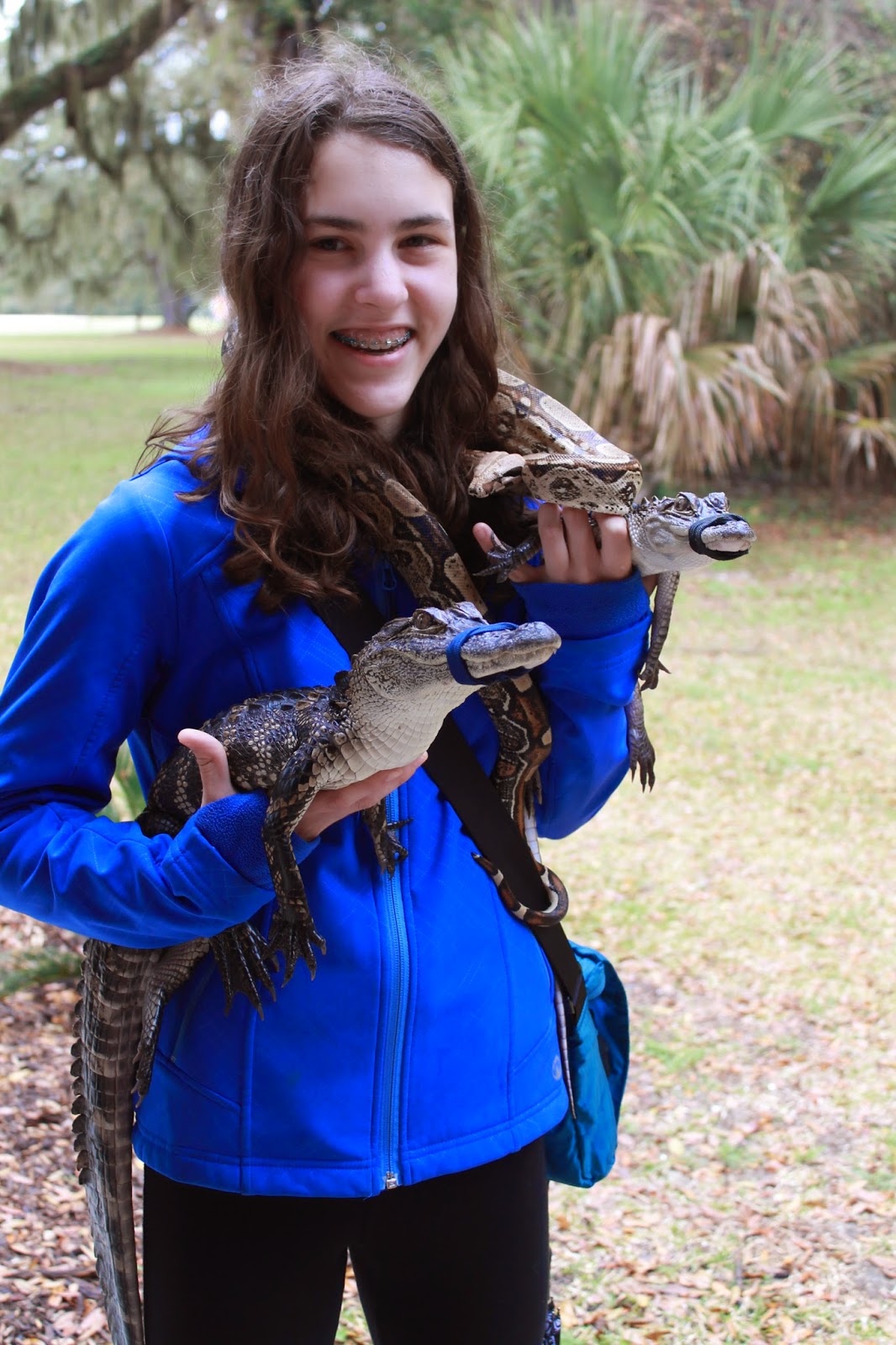 Then Joe said we should get pictures with all eight of us holding animals. Sadly, Rachel wanted to hold the bunny sooner than we were ready to take the picture, and decided she was done with it quite quickly. 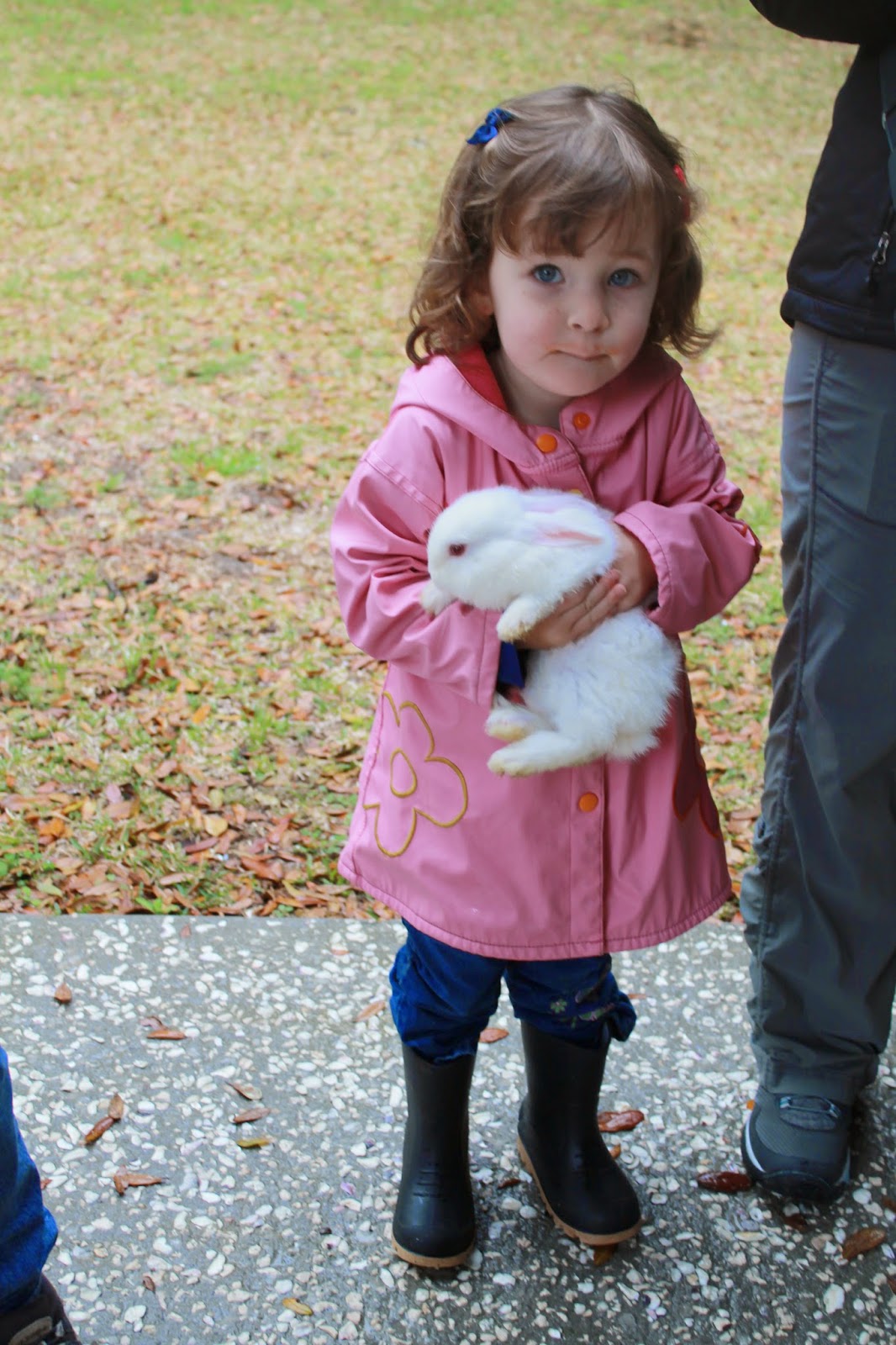 But the rest of us got in on the action. I refused to stand on the snake end of the picture and poor Tim ended up holding a really big, really smelly turtle. 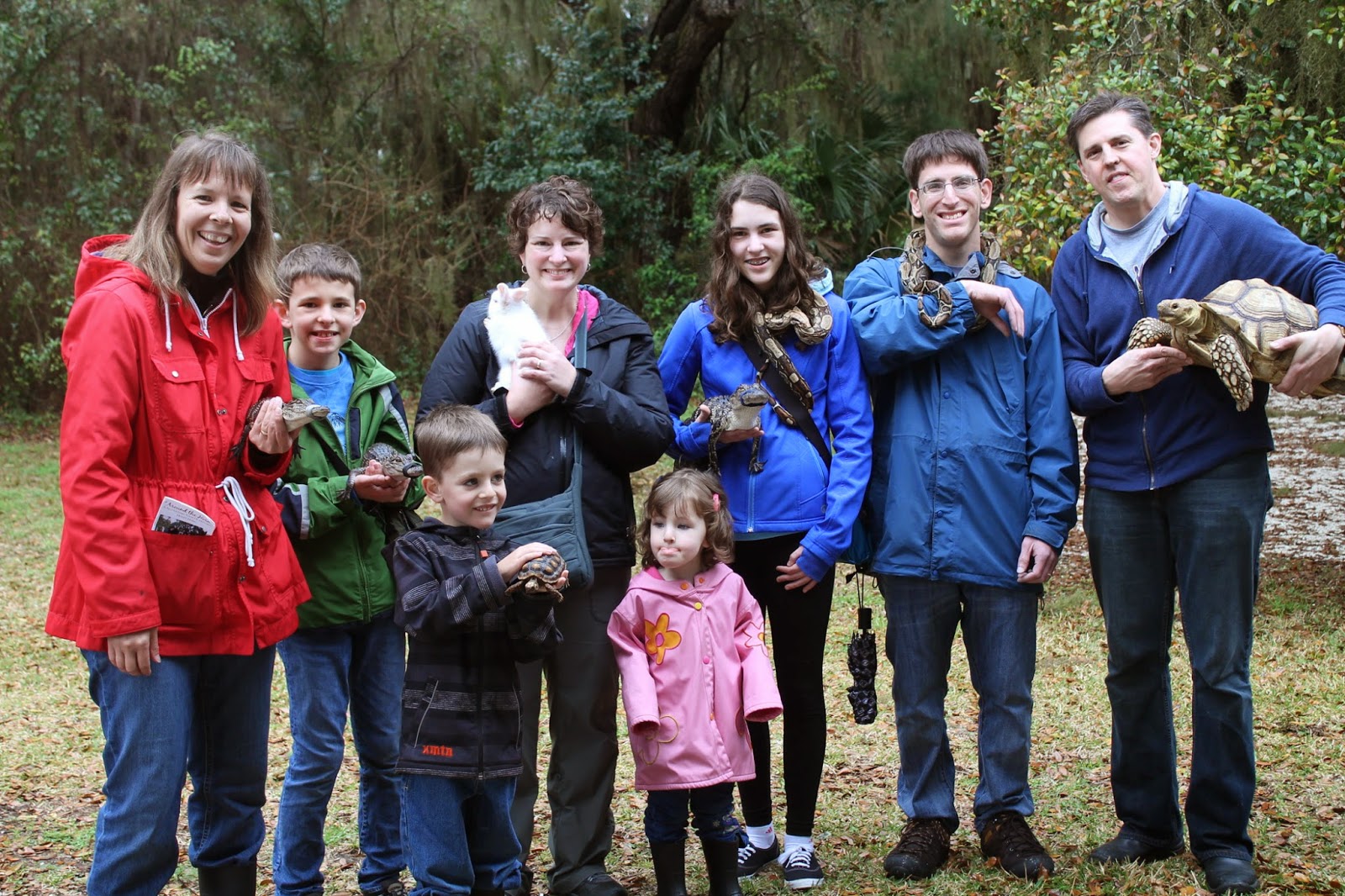 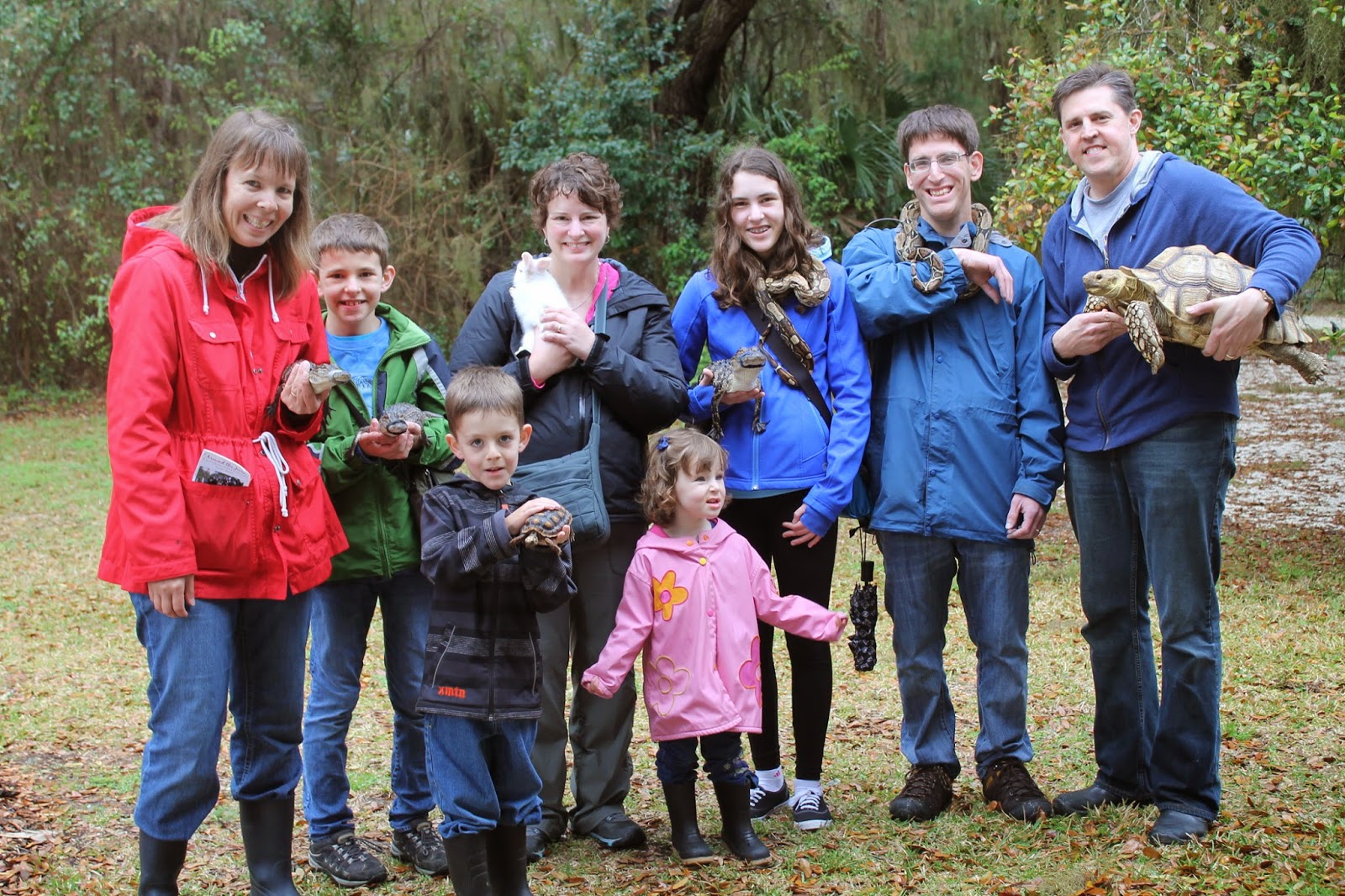 I was laughing because Janice loves animals and was holding a bunny in the picture. But then she held an alligator. 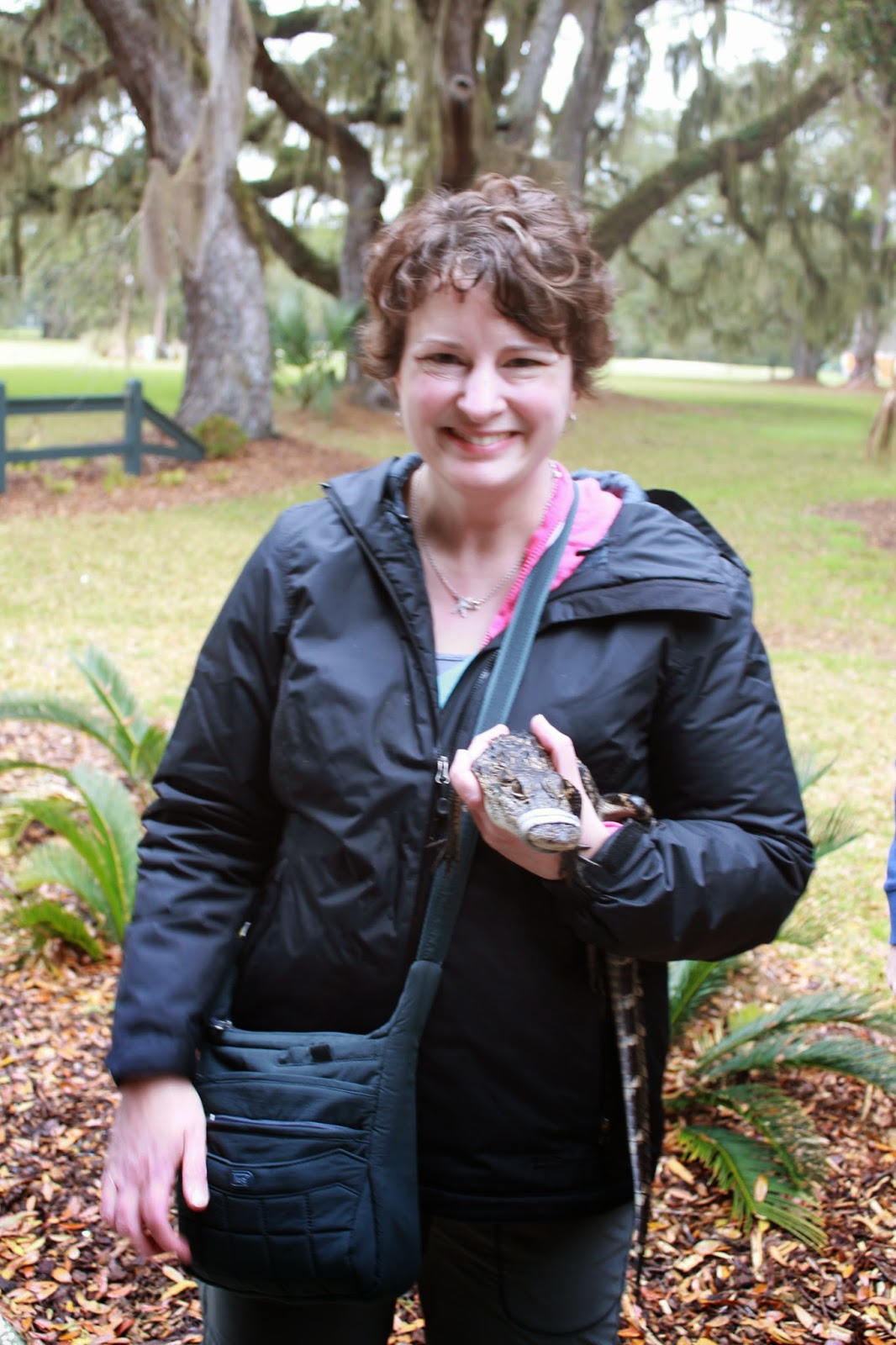 And Sam and Rachel pet the smelly turtle. 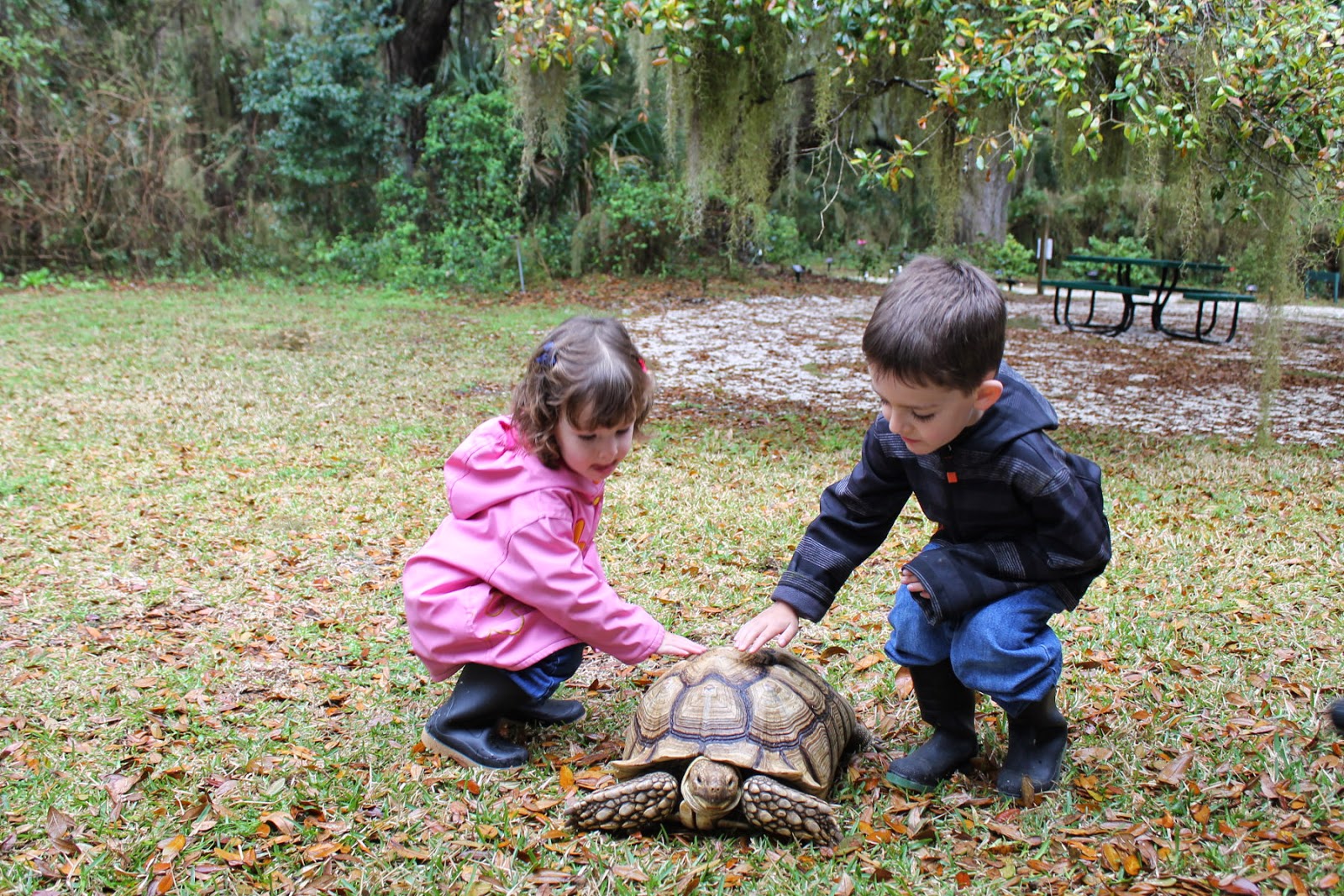 And then Dave and I got a romantic couples picture. 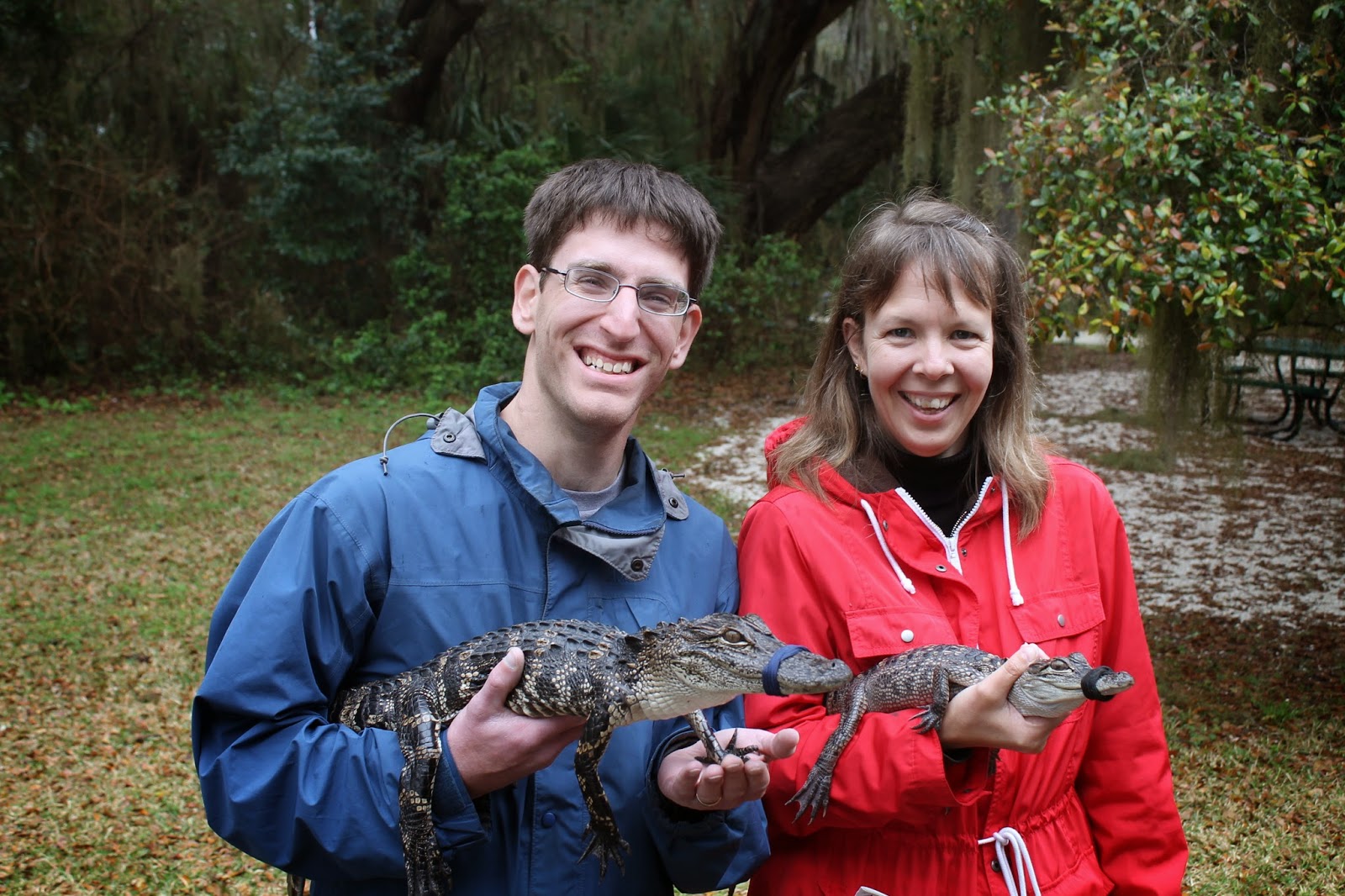 Speaking of romantic couples pictures, supposedly these two turtles I was holding were boyfriend and girlfriend! I tried to let them hold claws but they weren't interested. 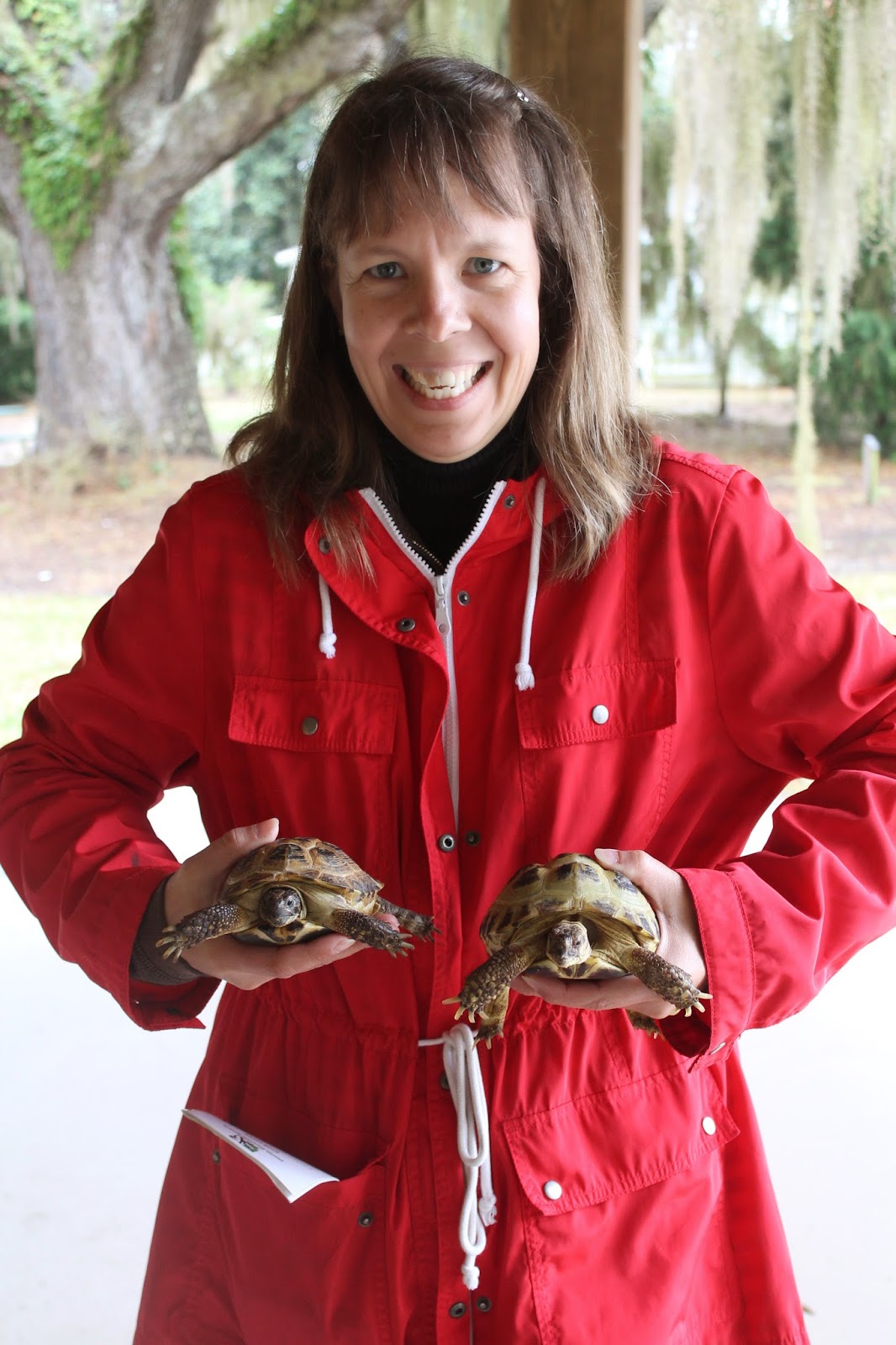 Eventually I consented to hold a snake if a) it was small, and b) I absolutely did NOT have to touch it. Thus, you can't see my hand in this picture because it was hiding inside my sleeve. 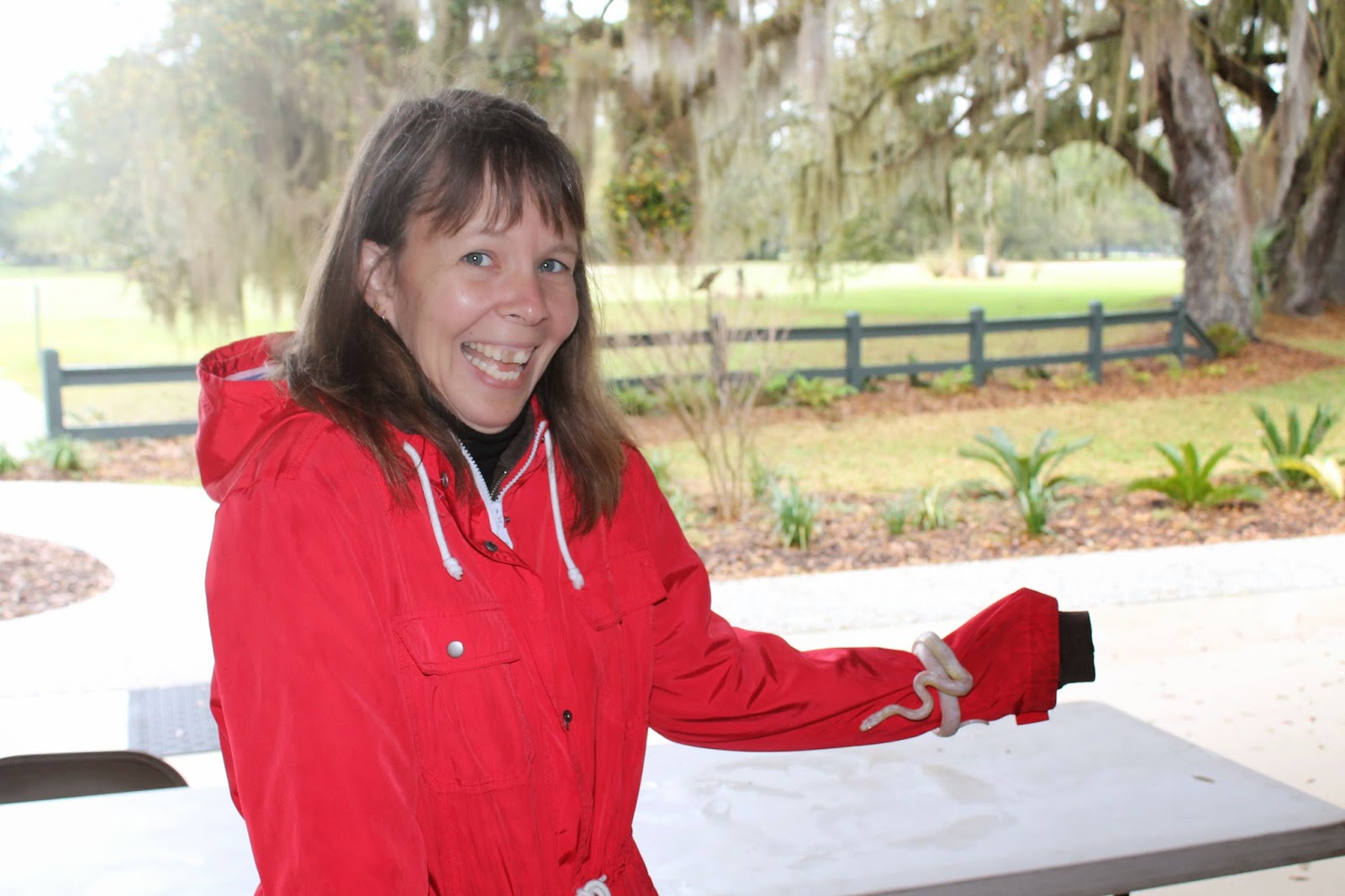 Well, that just opened the door for an alligator, a turtle, a lizard, and a snake. It was wild and crazy times, I tell you. Which you probably surmised from the look on my face. 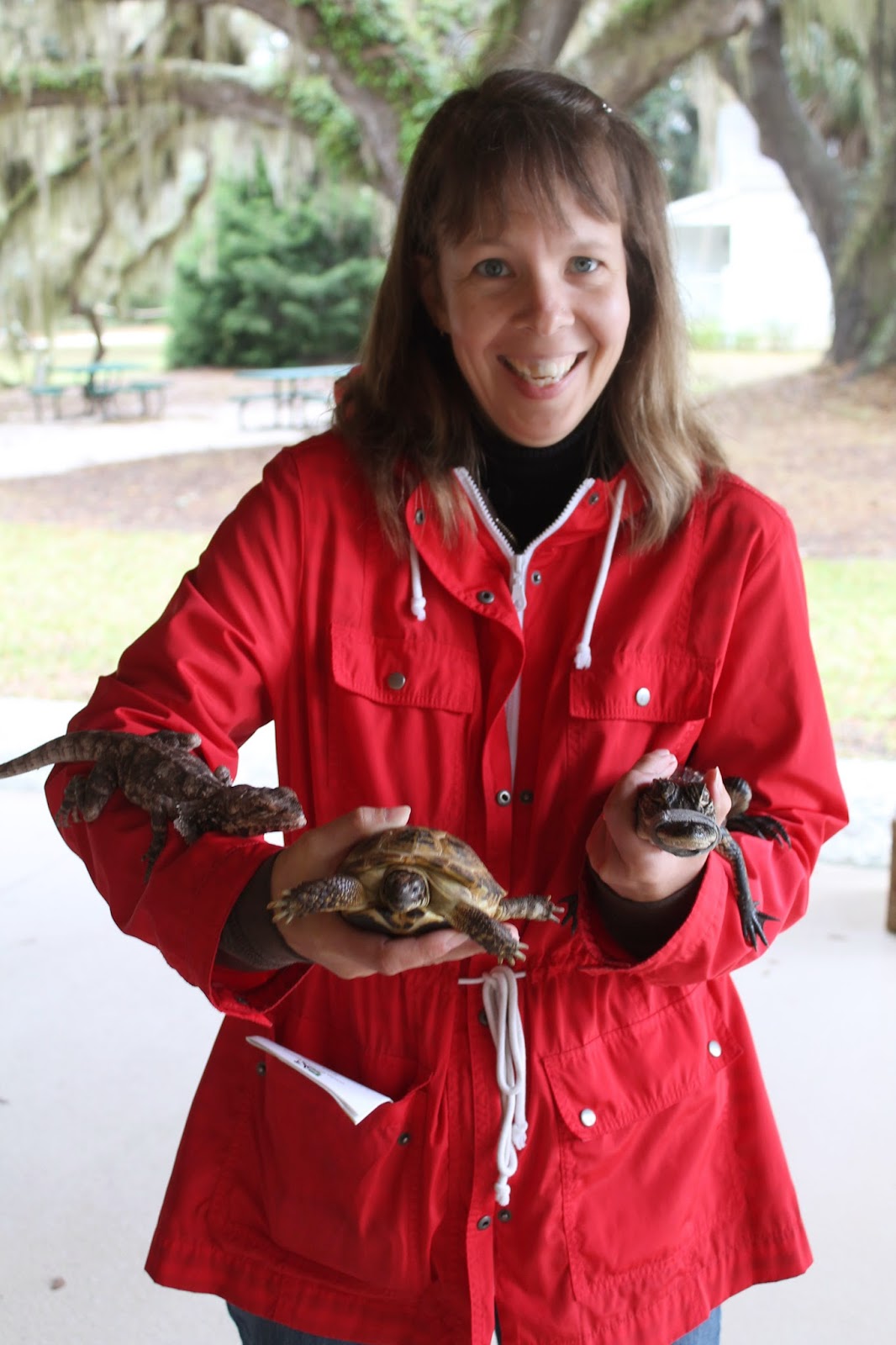 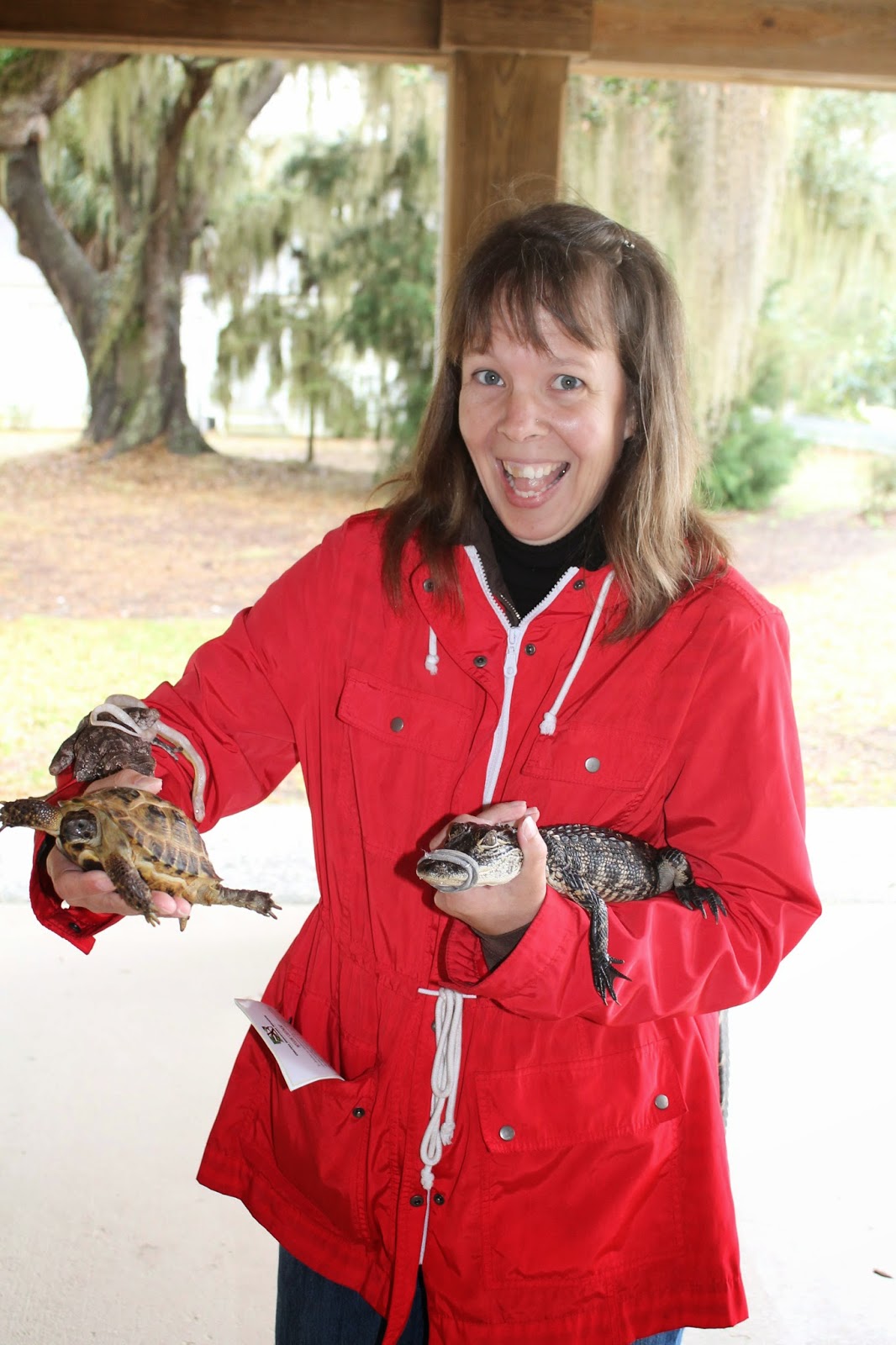 Dave went so far as to hold a BIG snake and an alligator. 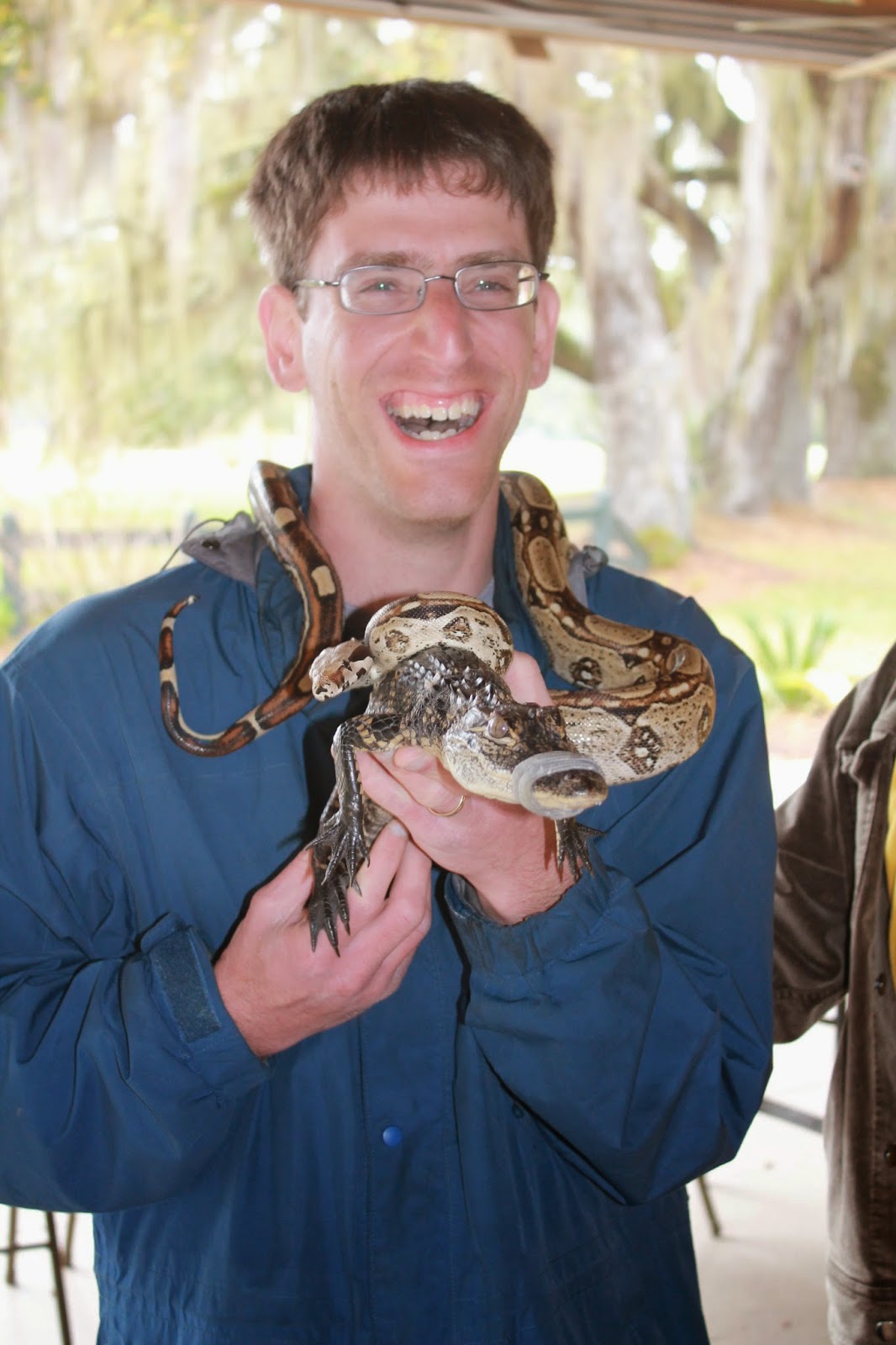 And Sam consented to (sort of) stand next to an alligator. This guy was running all over the pavilion so it was a little unnerving. 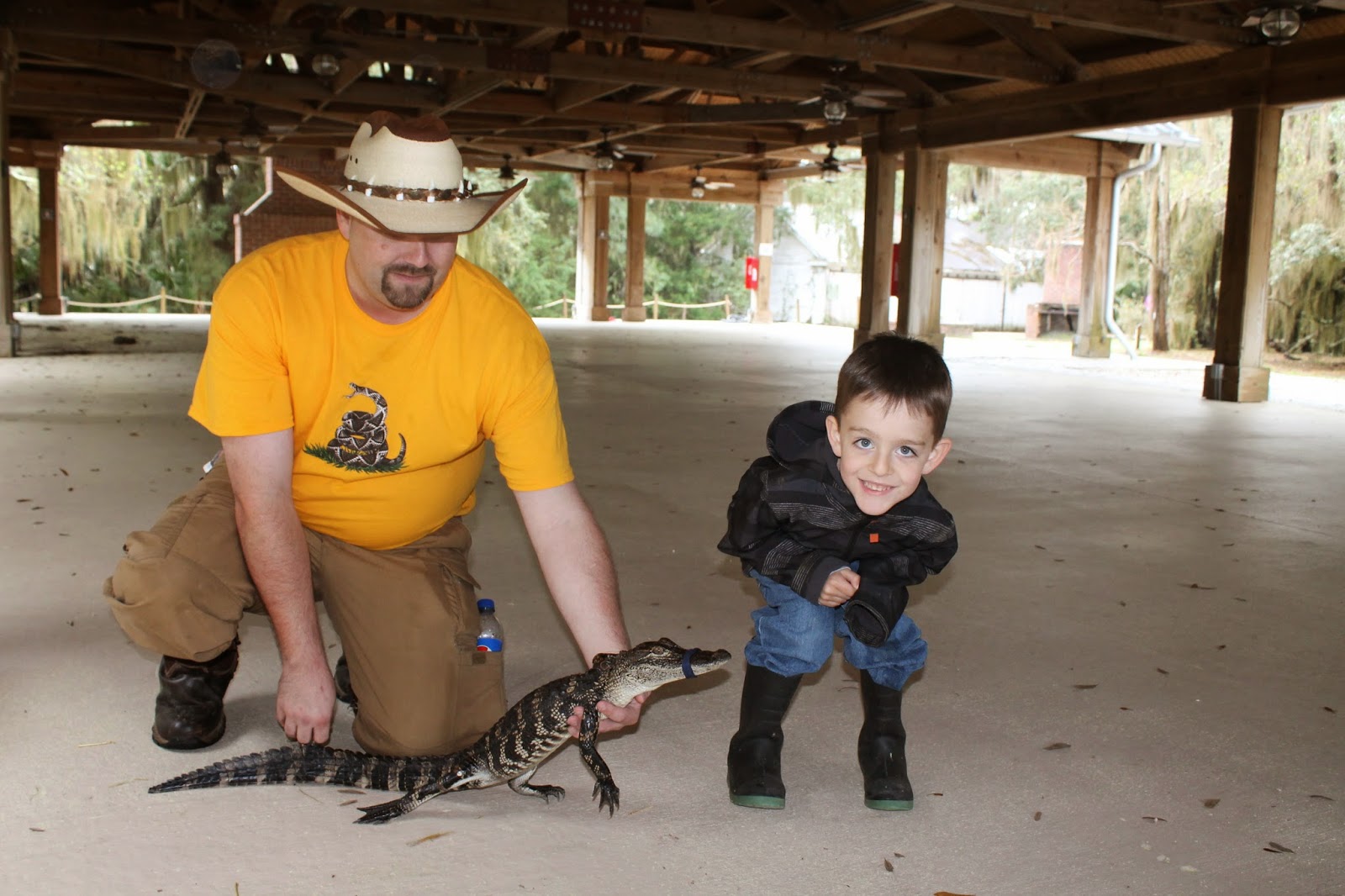 Tim walked around with this snake curled against his neck for about an hour. He was ready to take it home. And then Janice was convinced to hold TWO snakes. Which I thought was really brave of her because I would not have done it. 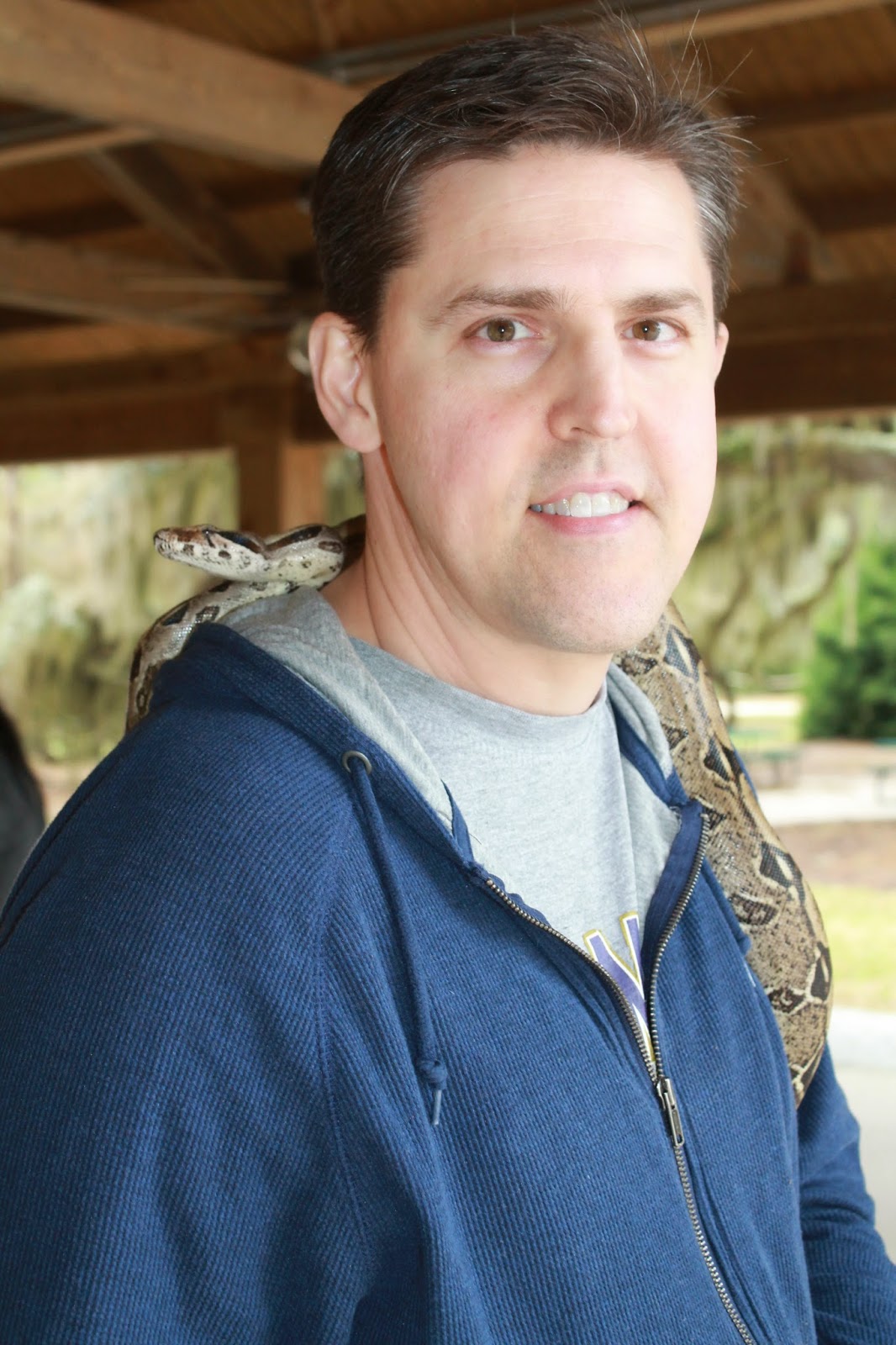 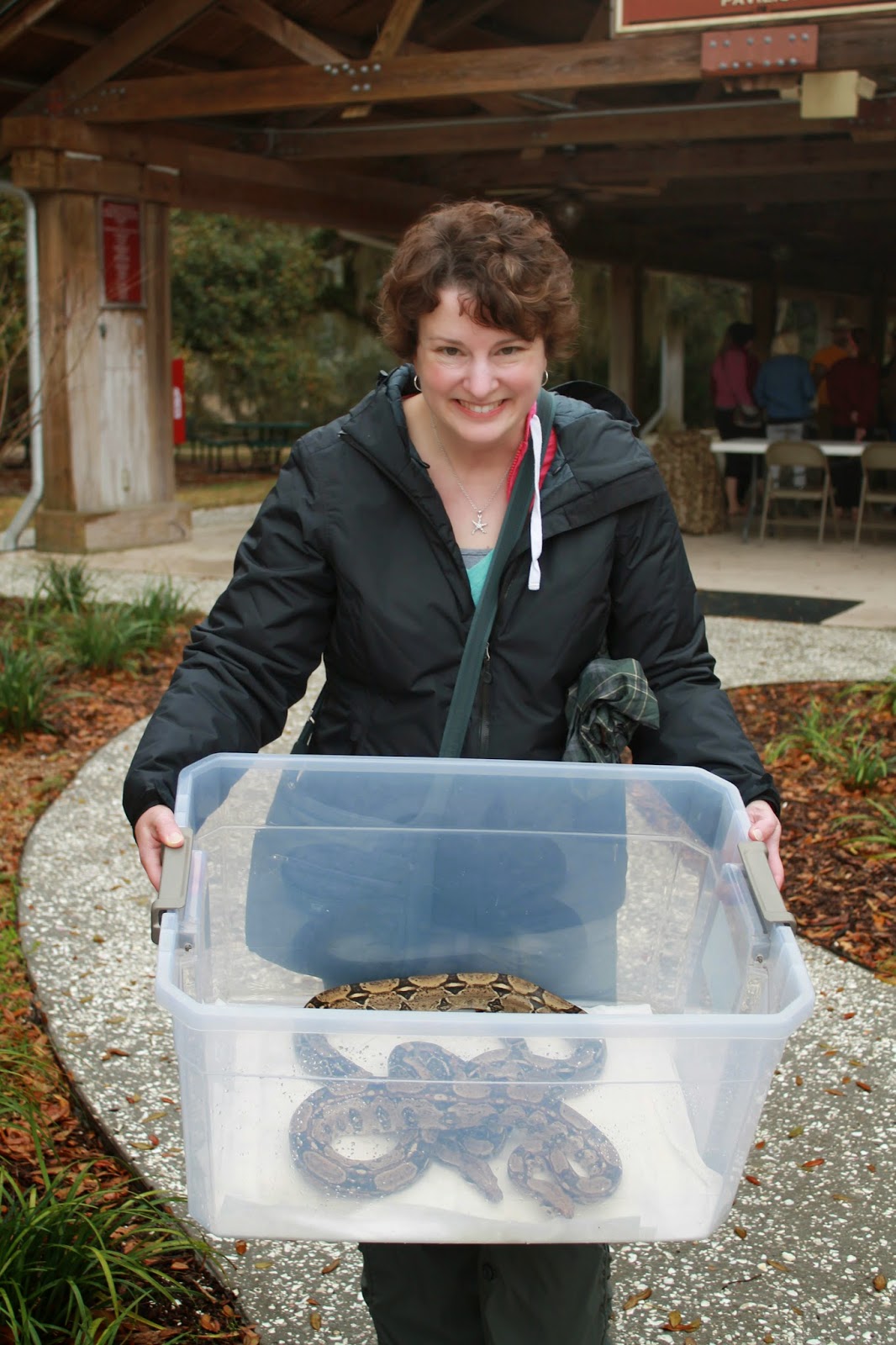 All in all, we had a great afternoon getting up and close and personal with these low country critters. And I am still not a snake person, but after this you could call me a Gator Girl!