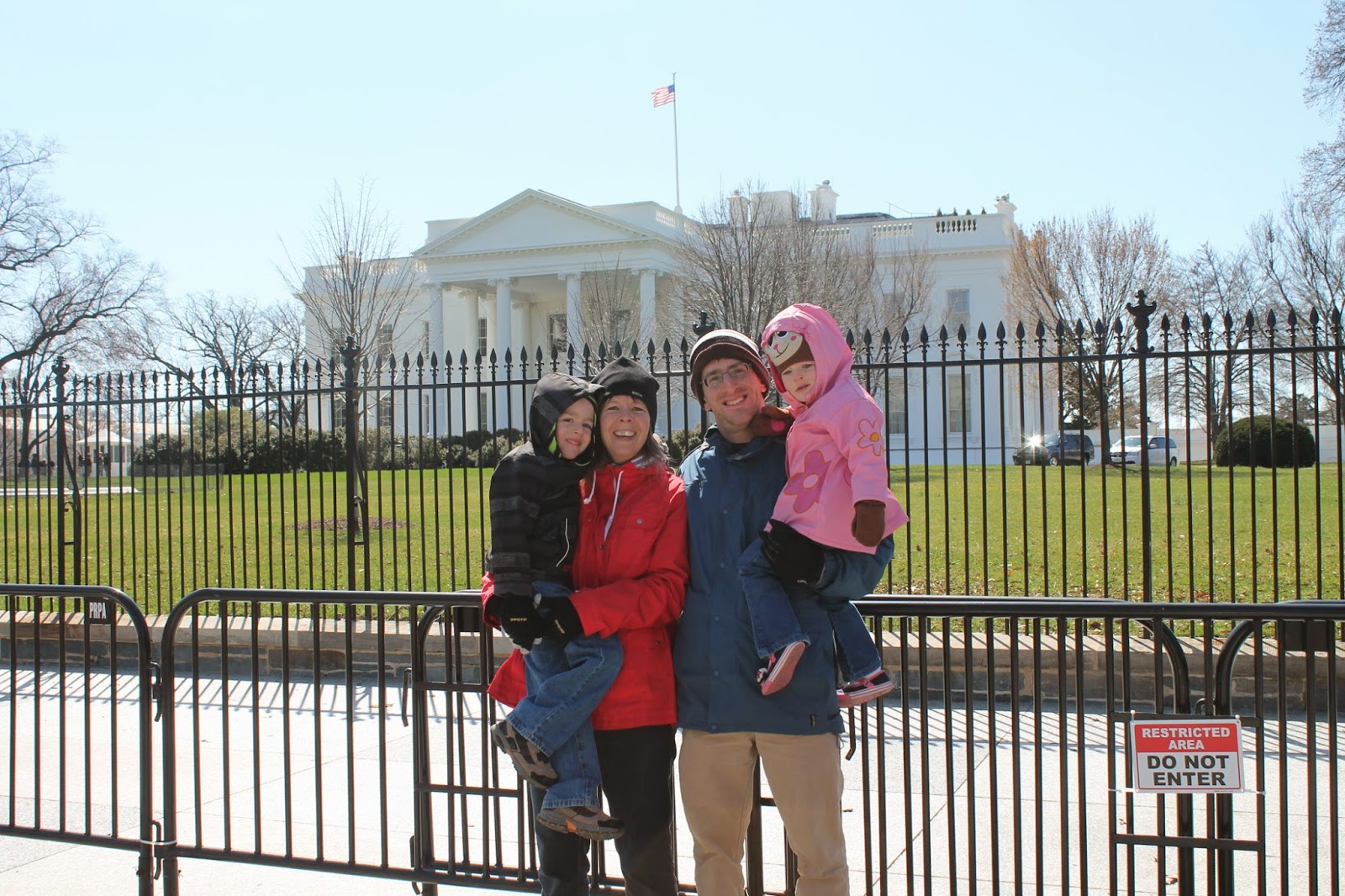 After we left Sherry and her family in North Carolina, we drove to just outside of Washington, DC to stay with Dave's uncle and aunt. His cousin was visiting from Chicago, so it was nice to see her briefly. We hadn't seen her since our wedding and she had never met Sam and Rachel.

We were originally going to take a city tour of DC but they were pretty expensive, and we didn't want to spend that much time there, so we took the metro in and did a brief walking tour instead. Our first stop was The White House. I asked Sam if he knew who lived there and he said, "George Washington!" I explained that while Washington had been the president at one point, he was not currently in power :) 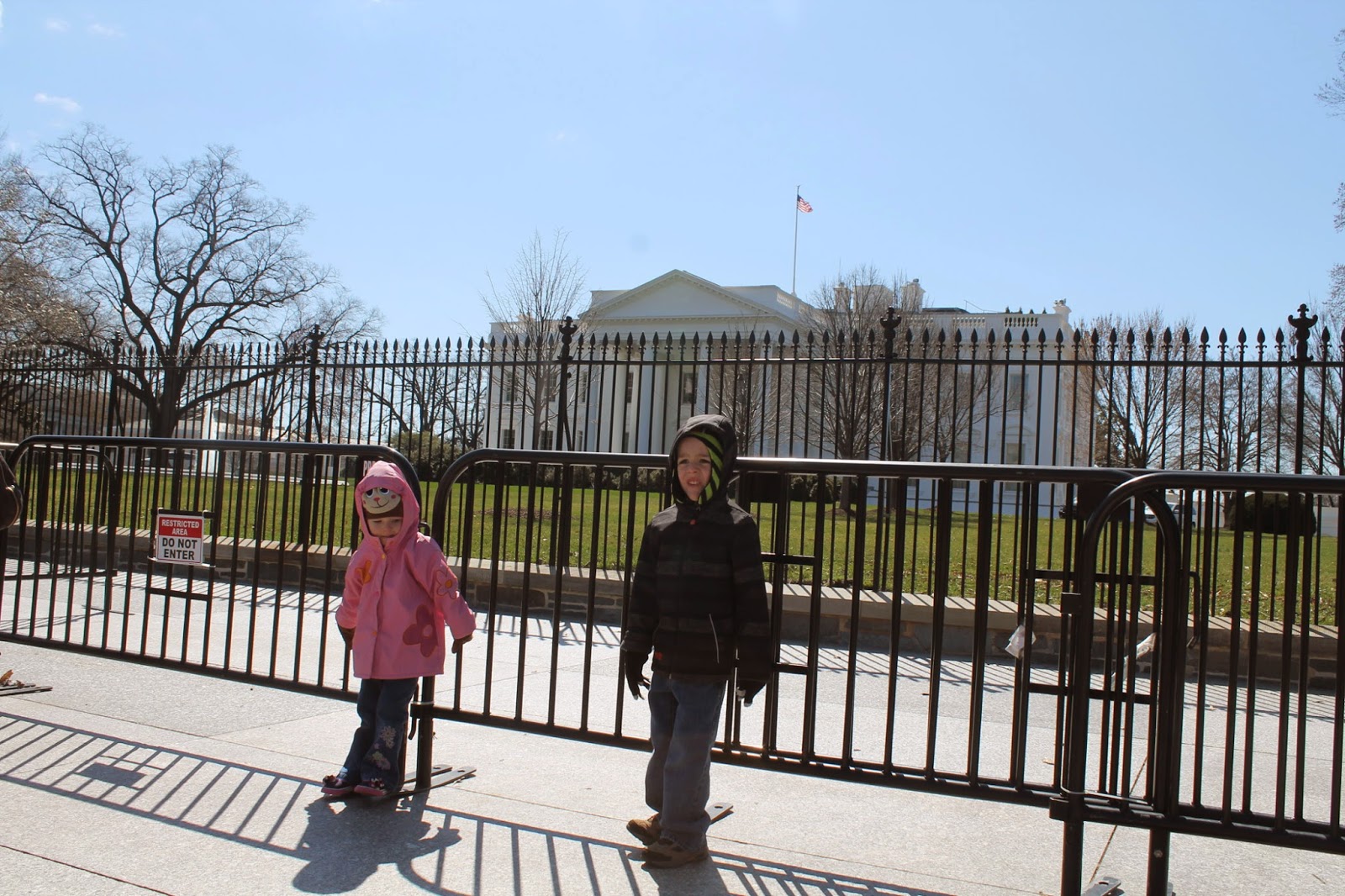 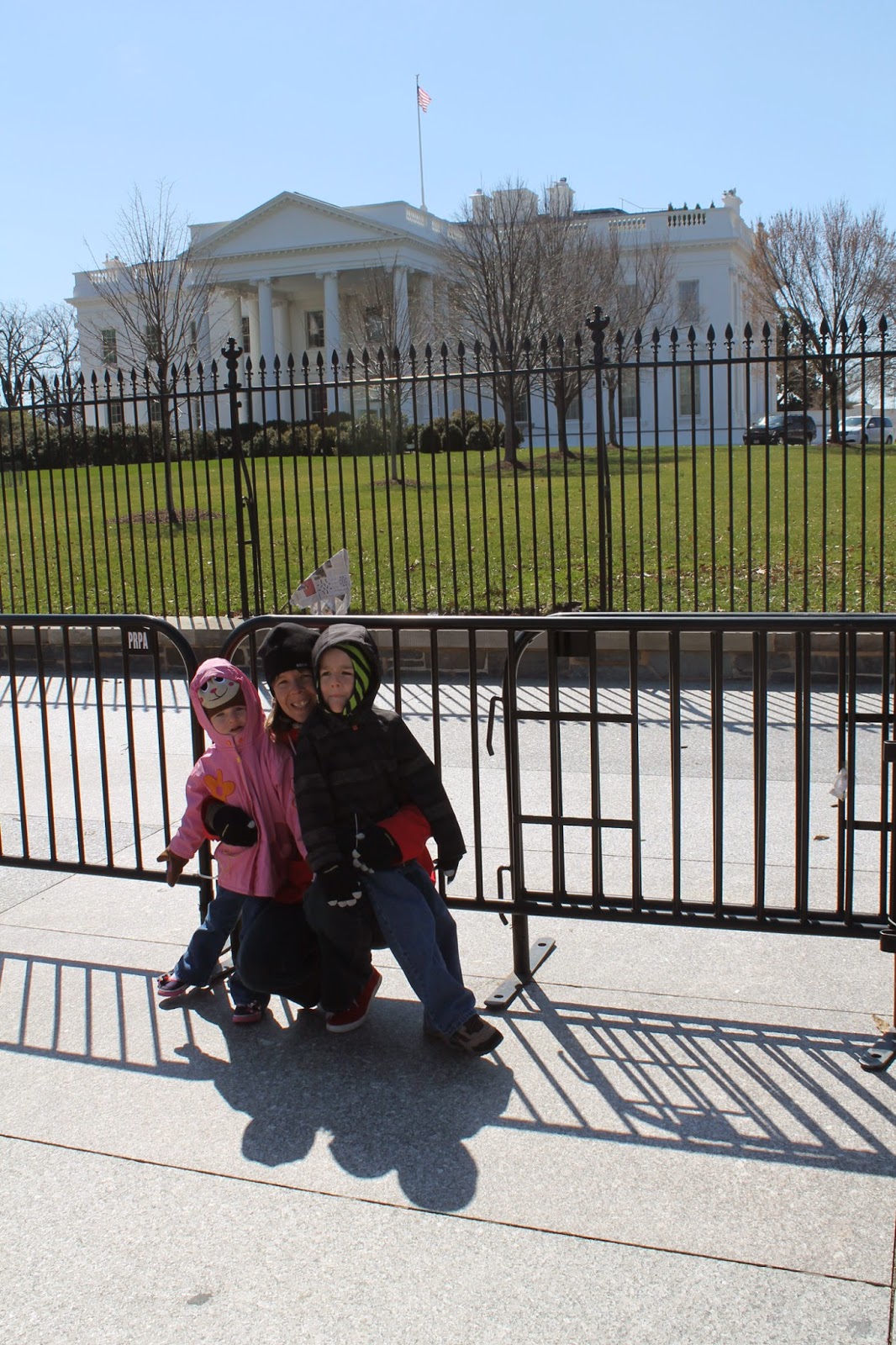 After we left the White House we walked towards the Washington Monument. We were thrilled that there was a kite flying festival going on underneath it. While we weren't prepared with a kite, there was an option to make one so that's what we did. It was a super cold day but windy so it was good kite flying weather. 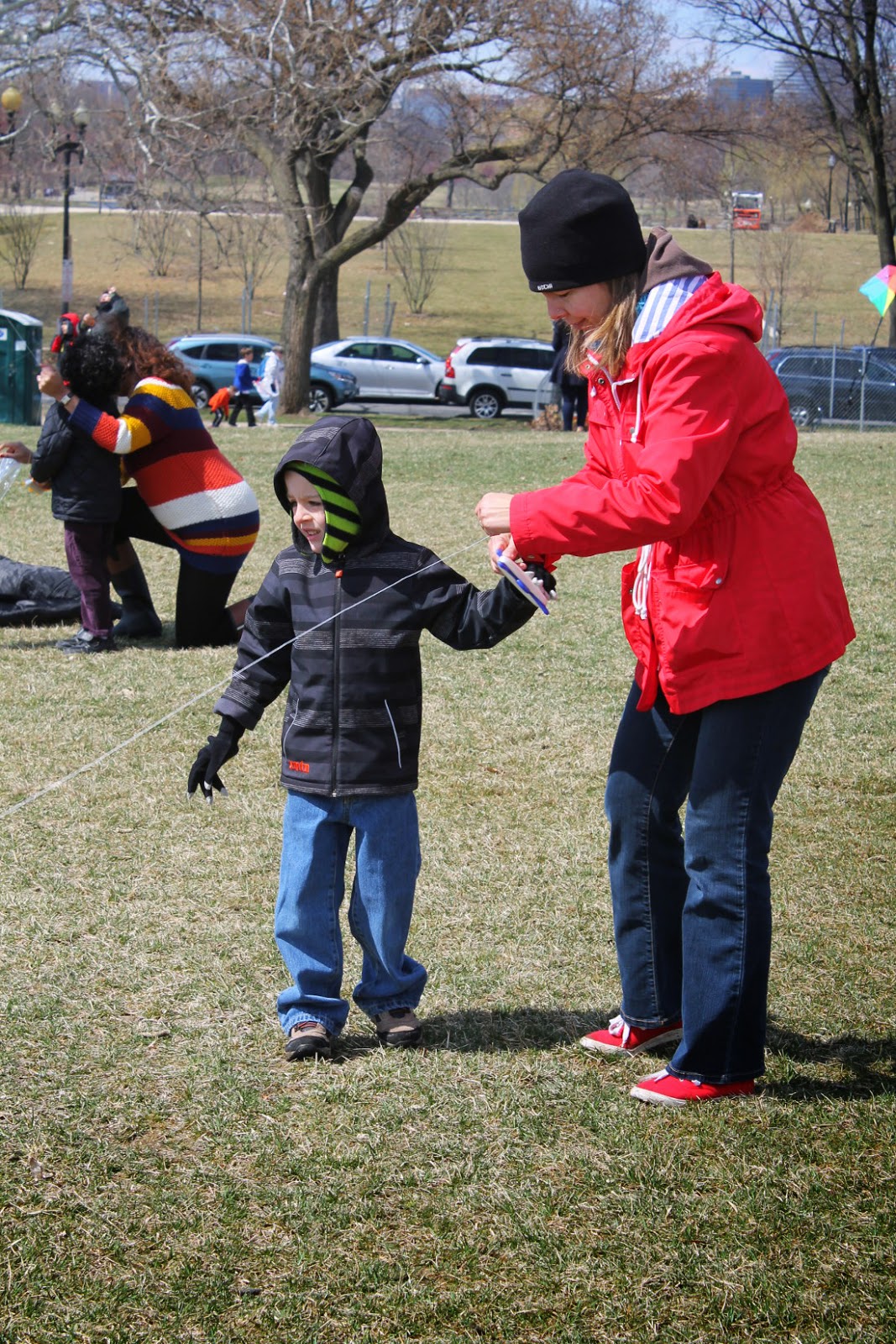 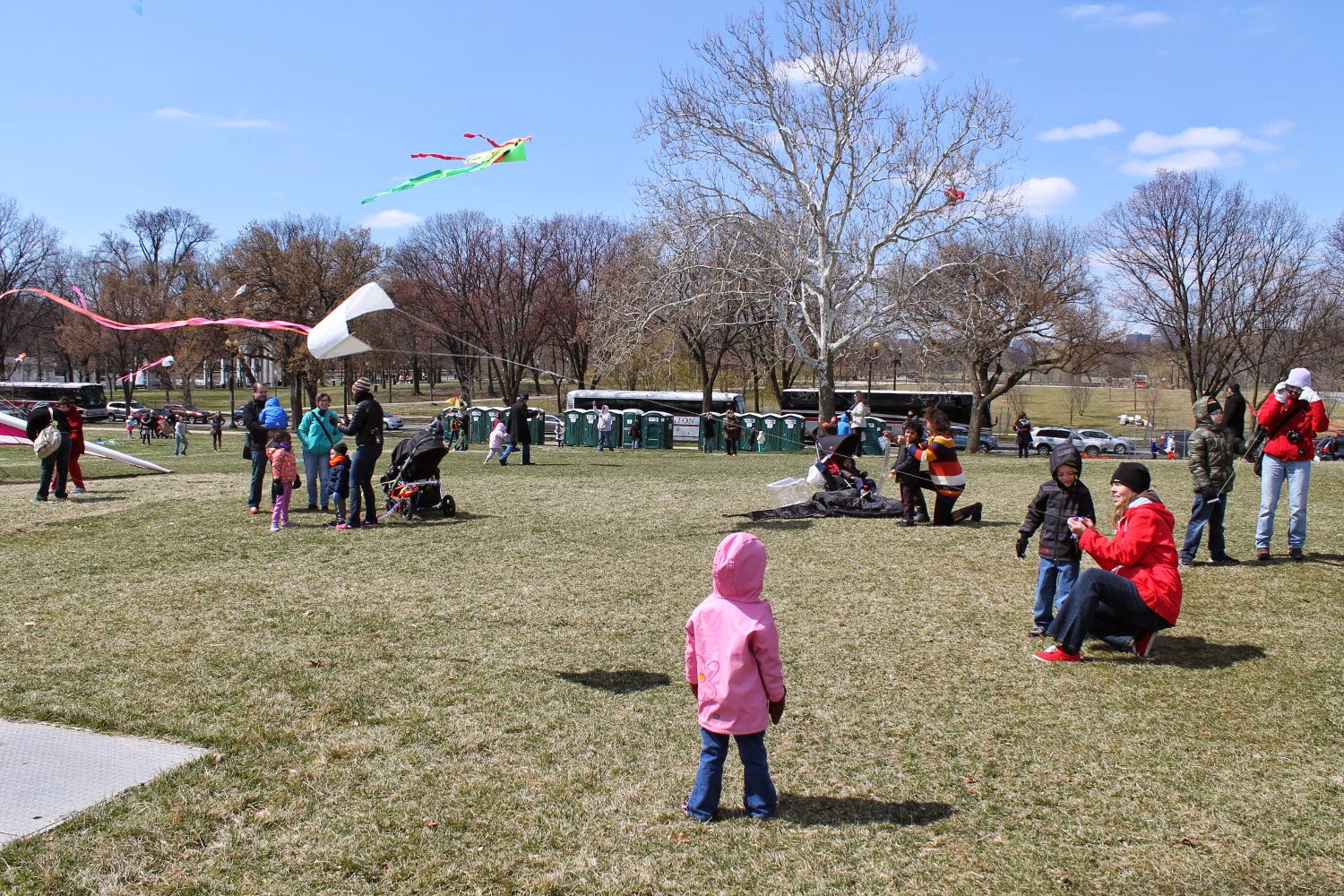 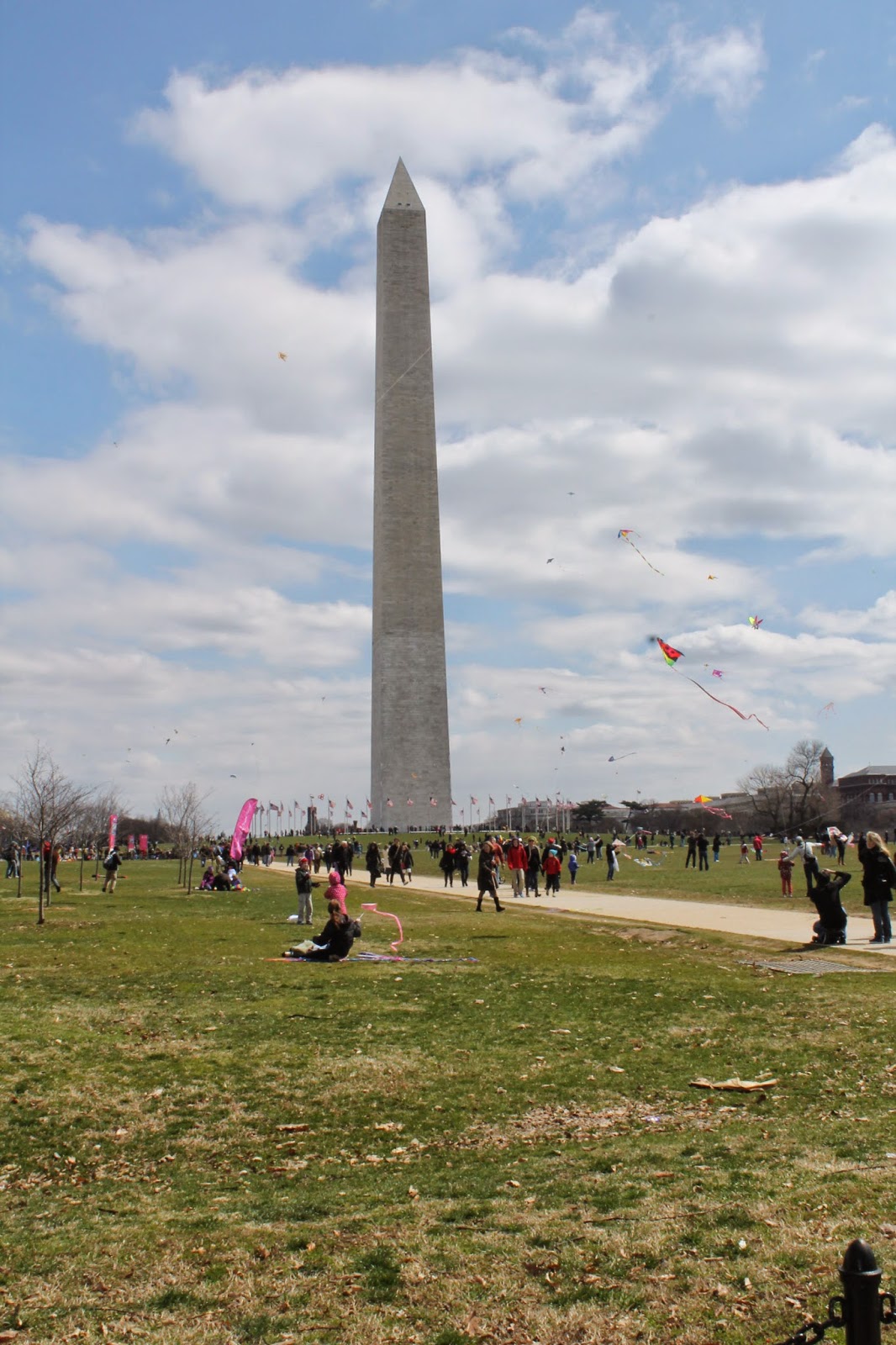 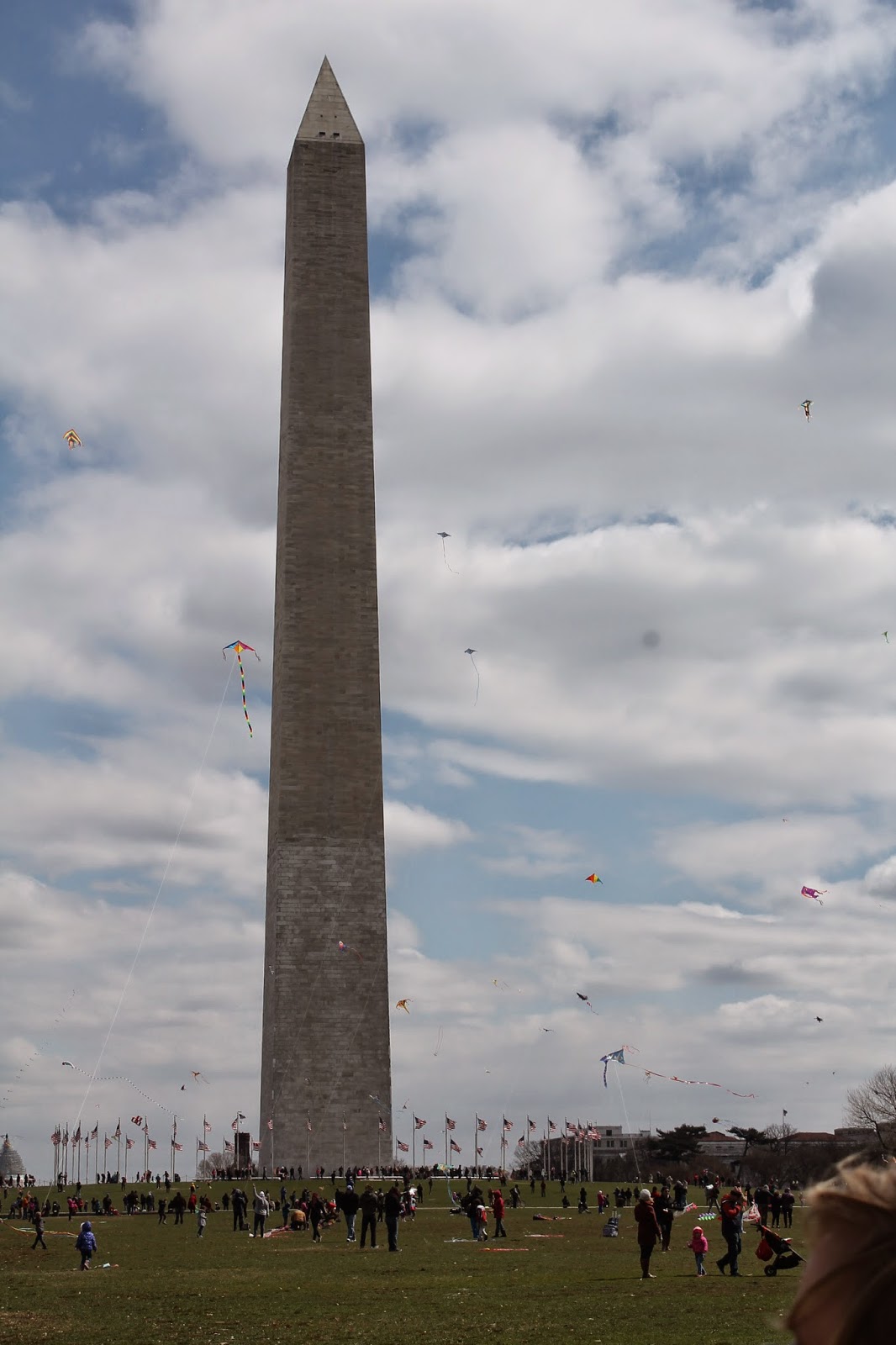 After we left the kite festival, we walked down the National Mall to the Lincoln Memorial. 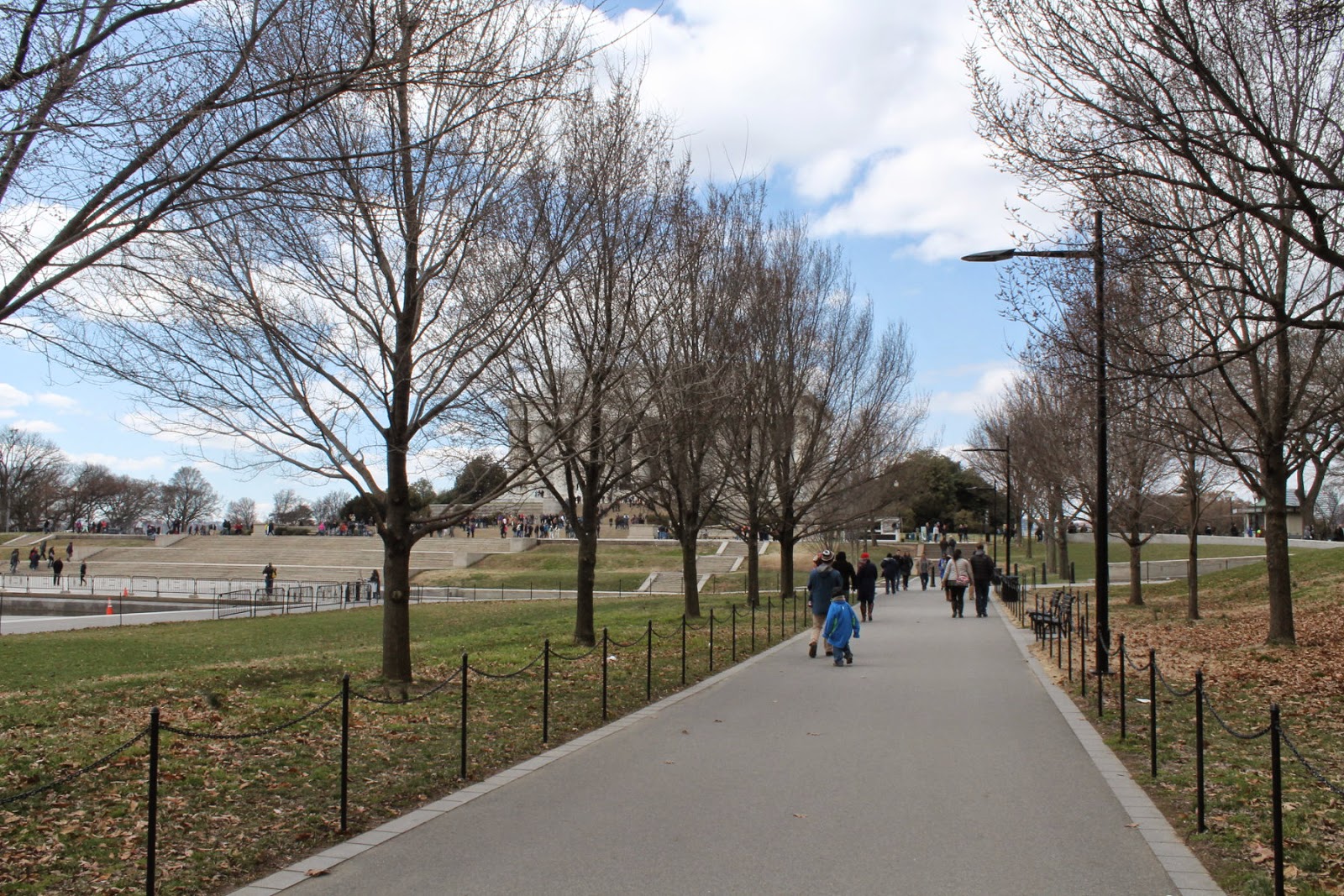 We laughed at the fact that the Reflecting Pool was more of a Reflecting Puddle, and didn't reflect much of anything :) 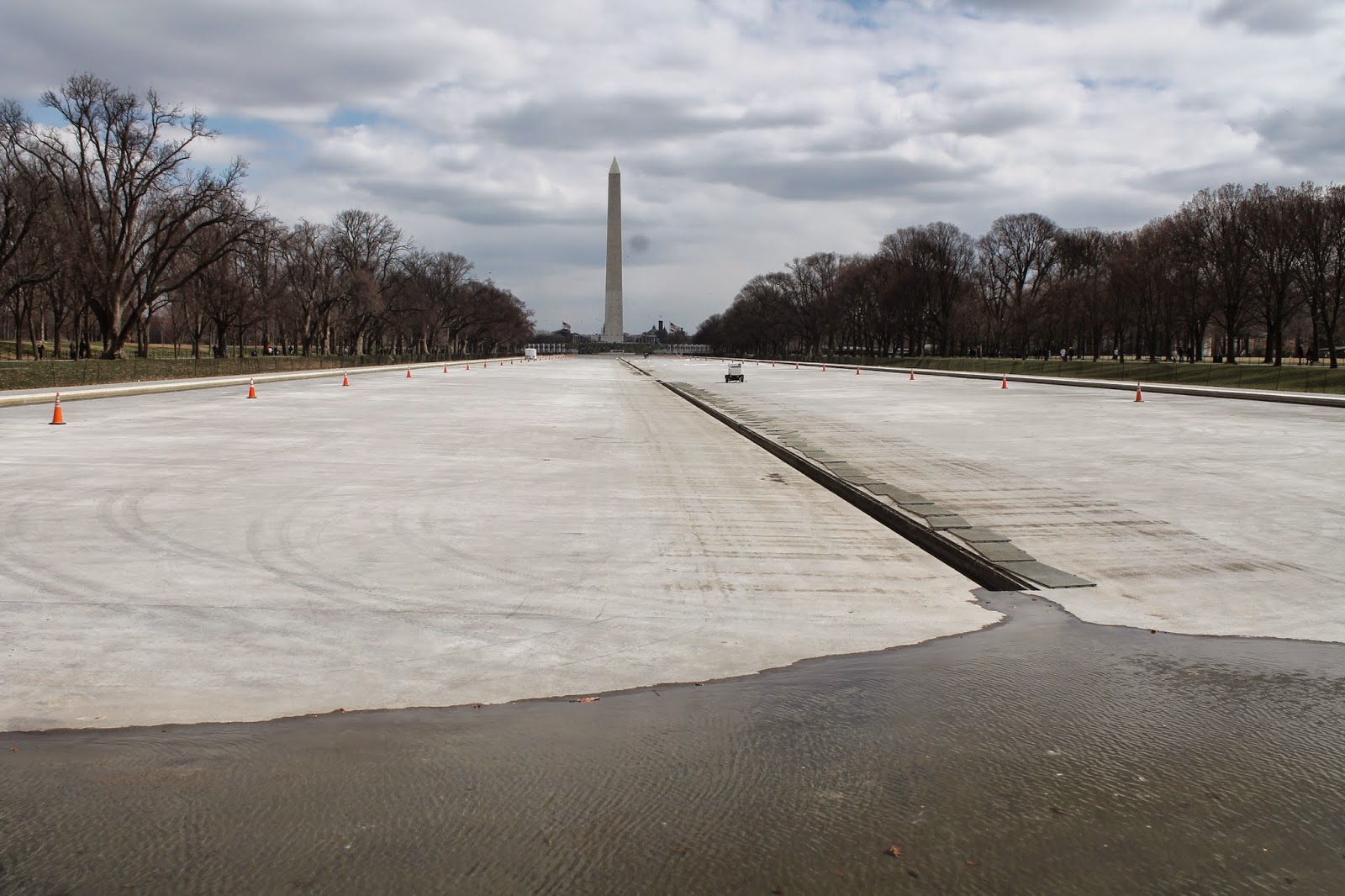 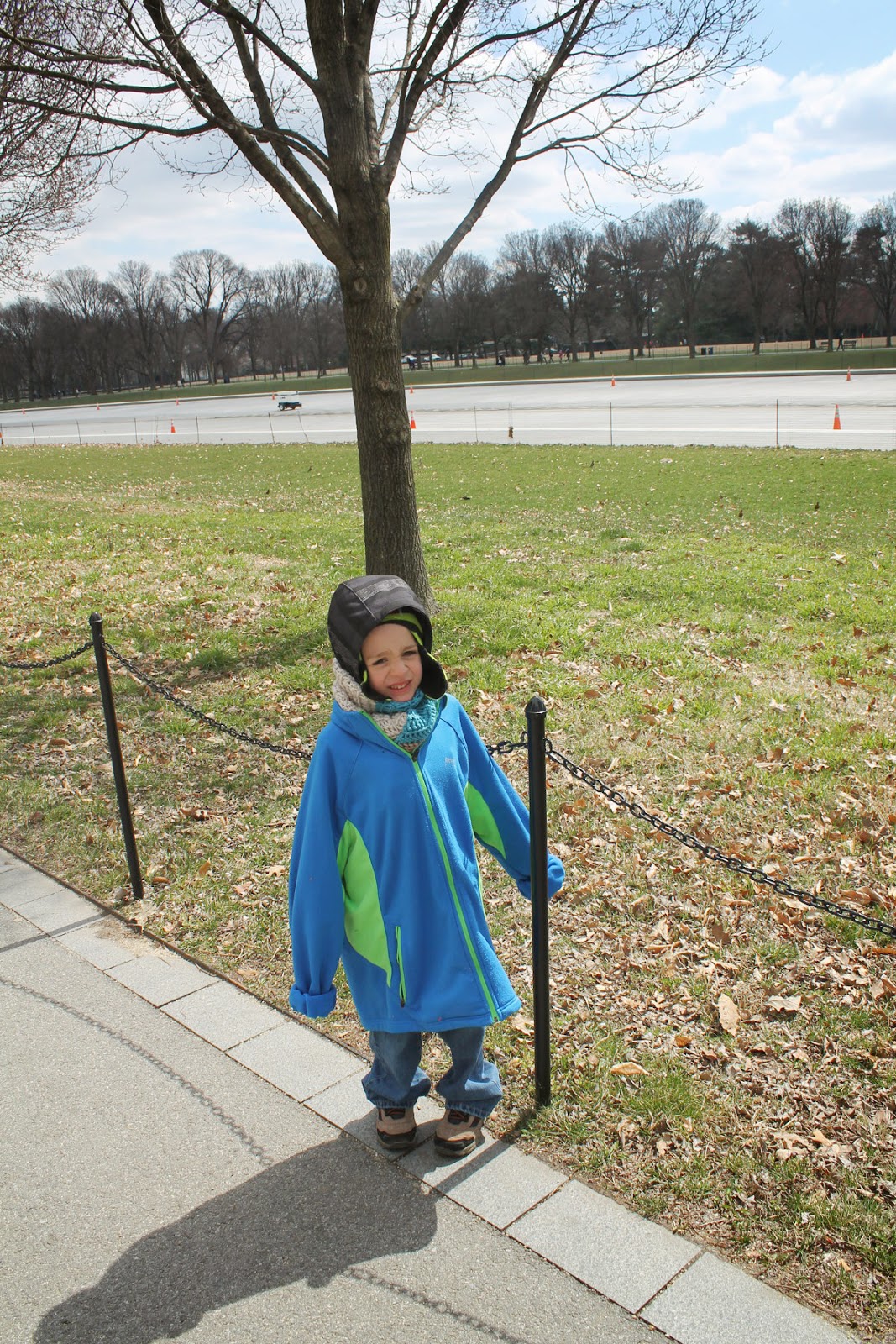 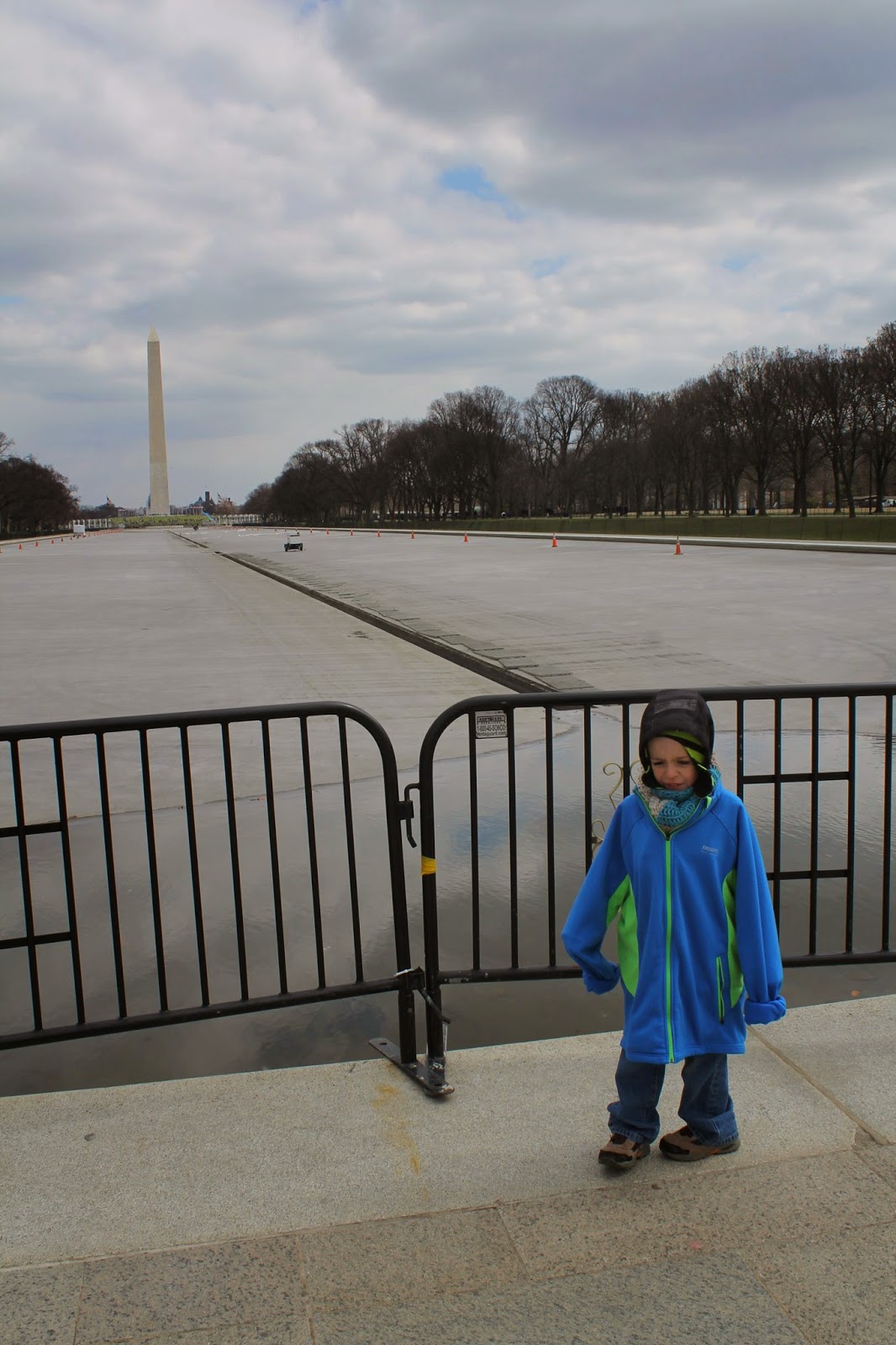 And then, because the kids were tired and cold, this was as close as we got to the Lincoln Memorial. 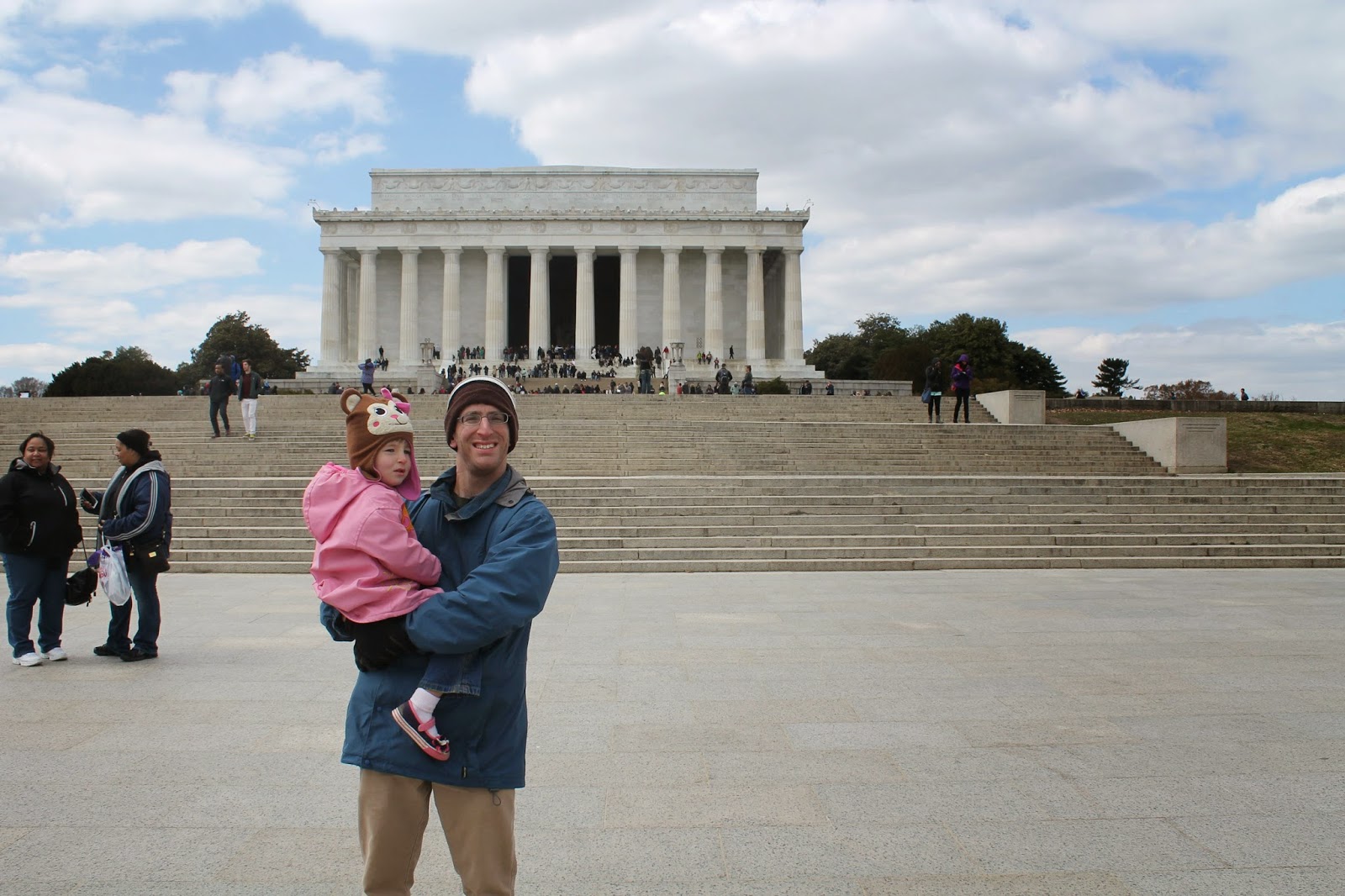 This short walk through a small piece of DC just whet our appetites for a return trip sometime. Preferably in the summer, and preferably for a longer stretch of time.

And then we left Dave's aunt and uncle's around 3pm and drove straight through, arriving home just after 1am. We were tired, travel weary, and extremely glad to be home again. And thus, our road trip was over.
Posted by Natasha at 08:13