#tbt: Still On The Road

This is another #tbt to our road trip this past summer. I'm going to take the next three Thursdays (or so), to write about our trip home. This post takes us from Saskatoon to Sault Ste Marie, ON (minus our stop in Terrace Bay, ON which gets its own post). This is a distance of about 2,200km (1,400 miles) so the fact that this post only has sixteen pictures is pretty good :) 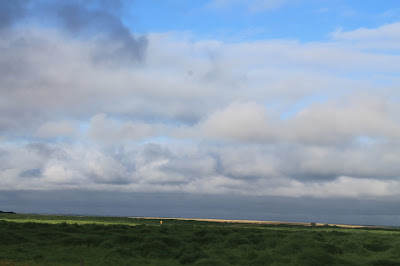 First of all, we said good-bye to the beautiful flatness of Saskatchewan. The sky is so amazing when you can see such a huge expanse of it. 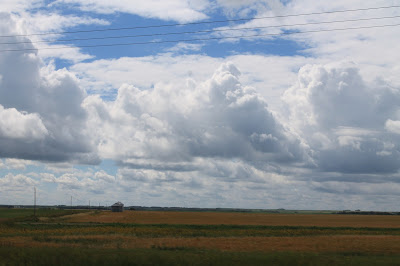 You know that I couldn't not stop at the World's Largest Coke Can. After a nine hour driving day, I was wishing it was real. Ha! This is in Portage La Prairie, Manitoba. (If you want to follow our route, check out the map here.) 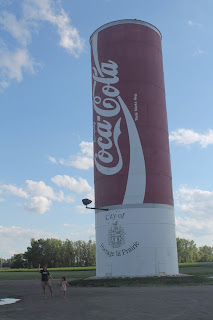 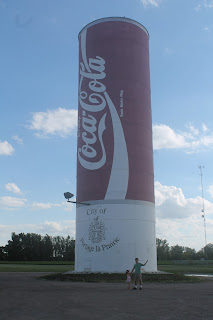 We stopped for the night in Winnipeg, Manitoba and I was really excited to meet my friend, Jodi, the next day. She and her wife, Alicia, invited us for brunch. We also got to meet their adorable son, Felix. Jodi was one of the people I hoped to meet someday in this post, and I'm so thankful it worked out. 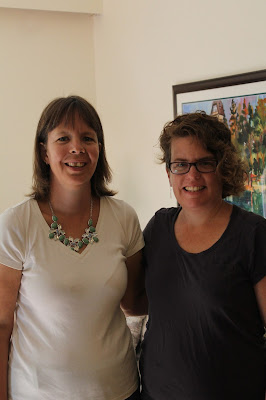 After we left Winnipeg, we basically spent two days driving around the perimeter of Lake Superior. Northern Ontario is a lot of trees and rocks and lakes and rocks and trees. 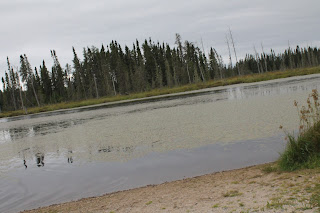 Rachel took this picture at one our rest stops. 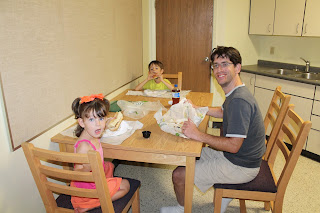 There was a big exhibition (a fair type thing) in Thunder Bay, which we didn't know about, and all the hotel rooms were booked. We ended up getting the last suite at Lakehead University. The kids LOVED it. Dave and I were just thankful we didn't have to drive any further. 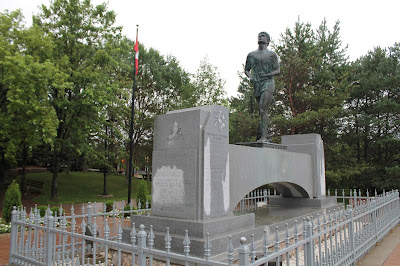 I've written before about Terry Fox. This monument, just outside of Thunder Bay, commemorates where he had to end his Marathon of Hope. 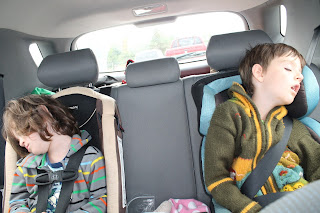 Some of my favourite parts of the trip were when the kids did this! Hahahaha! 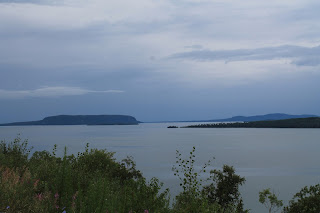 Since we spent so much time driving around Lake Superior, you get lots of different views of it. 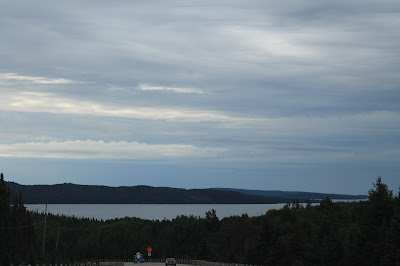 You may have heard of a somewhat famous bear named Winnie-The-Pooh?!? Well, Lt Harry Colebourn bought him on the way to fight in World War 1. He bought him in White River, Ontario which was on our way. All these pictures were taken by Rachel :) 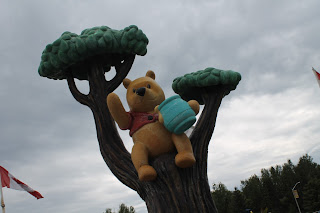 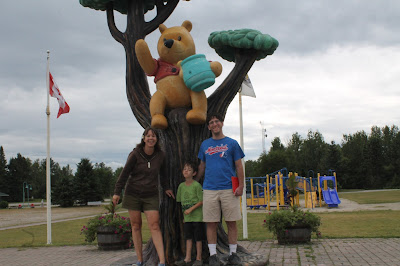 And this is one last view of Lake Superior, as we were driving into Sault Ste Marie, Ontario. We had just finished two hours of driving with "no services." Yes, there was absolutely nothing for two straight hours. Except for rocks, trees, and lakes, of course. 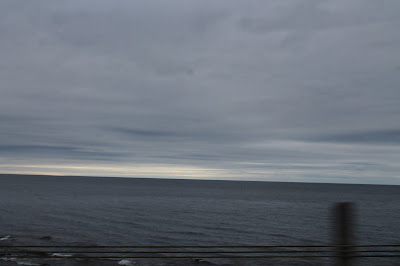 You don't realize how large your country is until you spend three days driving and make it across about one third of it. I'm so thankful the kids were excellent travelers, even if we did end up sleeping in university dorms :)