Adventures In The Big City 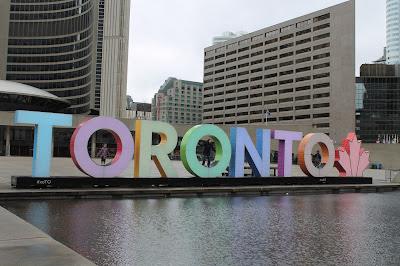 A few years ago a friend of mine posted about a trip they did to Toronto using only public transit. Ever since then, I have been dreaming about doing the same thing. We were originally planning on doing this over March Break but then I got sick so we put it off until a couple of weekends ago. 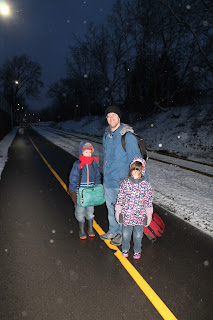 We had to wake up at 5:30 to leave our house by 6:15. We walked to the train station and caught the GO Train into the city. The kids were total troopers this whole trip, especially on the early morning walk in the snow flurries (in April, thank you very much). 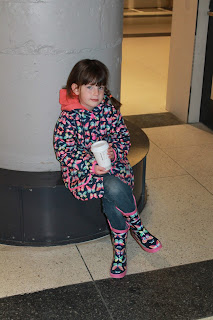 Once we got to Union Station, we needed Starbucks to recuperate. Rachel cracked me up with this very grown up pose. 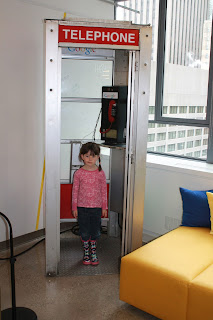 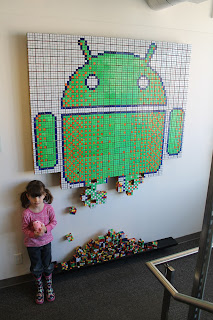 Our friend works at Google so he let us store our luggage at his office for the day, and he invited us for lunch. It was really fun! 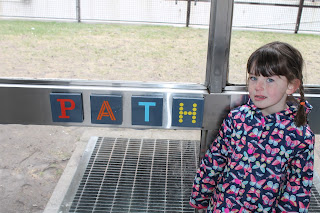 There is an indoor PATH which allows you to walk all over downtown Toronto while staying inside. We got lost a few times but it was much warmer than being outside so we didn't mind. 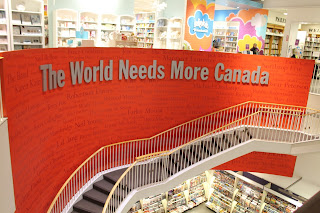 Sam wanted to spend his birthday money so we headed to the Eaton's Centre, a big shopping centre in downtown Toronto. I loved this "Canada" wall at Indigo. We also checked out the famous geese! 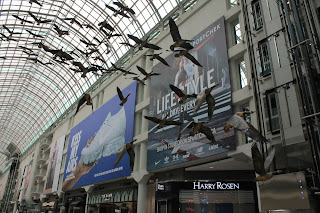 After lunch we walked to TIFF (Toronto International Film Festival) to check out the digiPlaySpace. Our friends told us about this and we enjoyed it so much. It it twenty-three digital installations which we got to interact with. Sam, especially LOVED it. 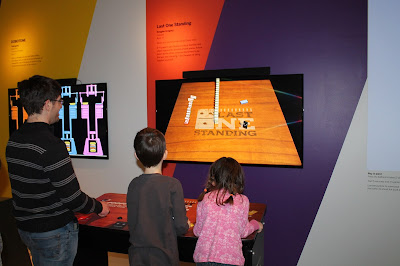 This domino game was a lot of fun to play. 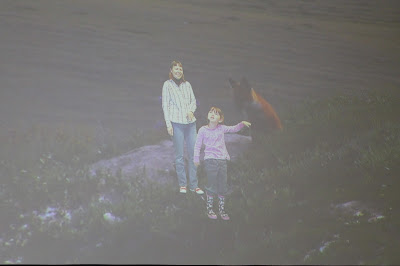 Rachel and I enjoyed petting a fox, as just one of the things we could "do" in this installation featuring some of Canada's National Parks. 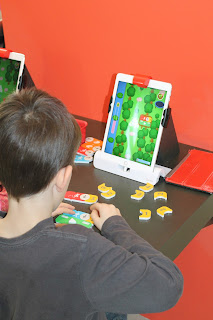 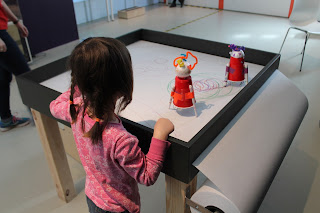 ... and we want to make drawbots (a wireless drawing robot) for the school science fair. 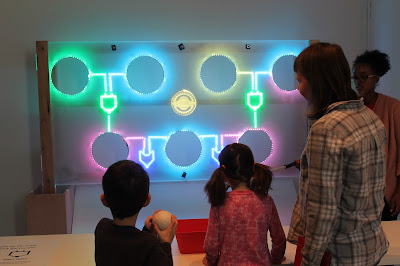 We all enjoyed trying to figure out this logic light board. 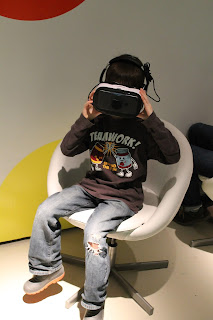 Sam really liked this interactive story.
And to be honest, so did I! 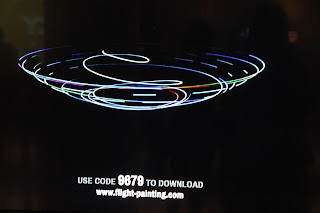 And we had (too much) fun flight painting with a flying ball of light. 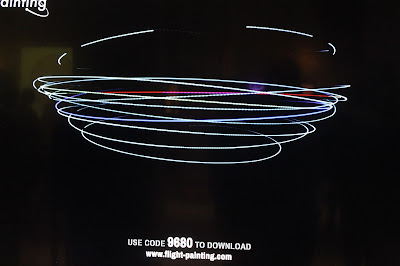 Finally, Rachel and I had a lot of fun walking the red blue carpet in advance of the Smurfs premiere which was happening that night! 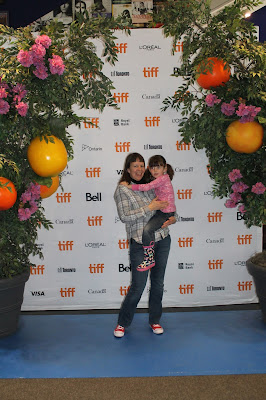 To end off our exciting day, we took the subway to our friends' house and got caught in the stink bomb attack. Thankfully, we were two stations away when it occurred, and so we ended up getting off the subway and walking for a bit to avoid the station where it actually happened (which was on our original route).

I will never forget being so crowded on the subway that all I could see of Rachel was her face looking up at me. The kids thought it was a great adventure, and Sam commented quite loudly, to the amusement of many around us, "I've never been on the subway when there's been a stink bomb before!" I hope it's an experience we never repeat.

So that was the exciting beginning to our adventures on public transit.
Posted by Natasha at 11:56