Going Around The World (In Half An Hour)

Our symphony has a concert series geared especially towards young children. They are called Kinderconcerts and I've written about them before. Dave's parents have started giving us a family subscription to all three for Channukah (How do we spell that again, Dave?!?!), and we love it.

Our first one of the season was called "Music From Around The World" and it was so creatively done. I was so impressed. 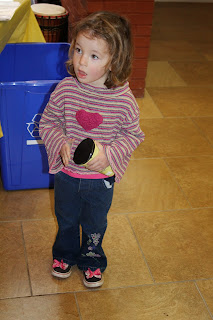 Music For Young Children is always there ahead of time with pre-concert activities for the kids. This time it was making their own drums and then learning rhythms. 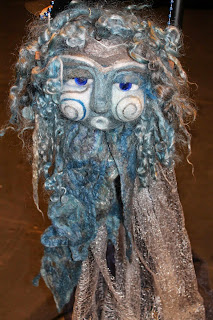 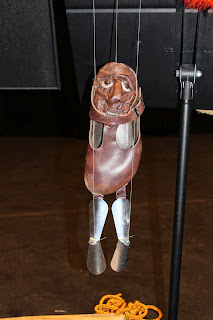 The violinist (who also played a million other instruments) made all the props for the concert including The North Wind and the shoemaker's elves, which she made out of old shoes. The props were amazing and this woman is so creative!

We visited Finland, Sweden, Tibet, Northern Canada, somewhere in Africa (sorry, I don't remember the specific country), and a few other places I can't remember. It was so neat to hear music from all those different places. 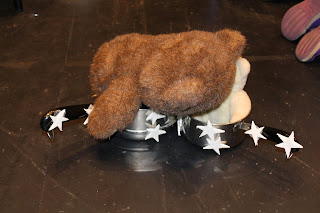 The bears and pots represent The Big and Little Dippers. I thought this was a great visual. 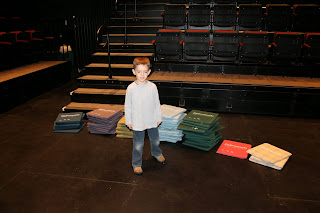 Sam's favourite part of the concert is stacking the cushions afterwards. These concerts are so casual that the kids are invited to sit on the cushions in front of the performers, rather than sitting in the chairs. After this concert, Sam immediately started stacking the pillows and then some other kids joined in to help him. Ha ha ha!!! 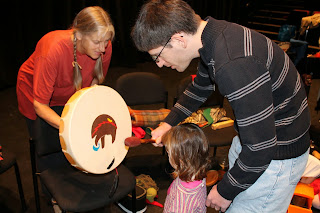 Rachel, meanwhile, was exploring the instruments further which is a more... expected... thing to do post-concert!

I love these concerts and think they are an excellent way to introduce kids to the symphony. Starting next year we will likely go to the Family Concerts, which are geared towards slightly older kids, so I'm excited to explore those as well.
Posted by Natasha at 10:09