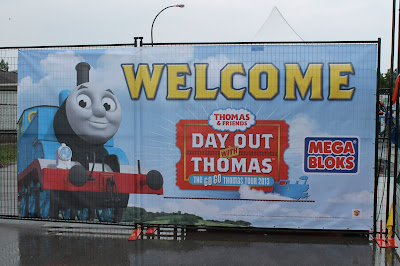 So you may have heard of a little something called "Day Out With Thomas." It's kind of a big deal around here. It is planned by HIT Entertainment which has something major to do with the TV show. It only comes to four places in Canada and one of those places is about an hour and a half away from here. The main thrill is that you get to ride a train which Thomas is pulling. We figured this would be a day all about Sam and we were right. So this past Saturday we headed out of town and did we have fun! Sit back and get ready for picture overload. 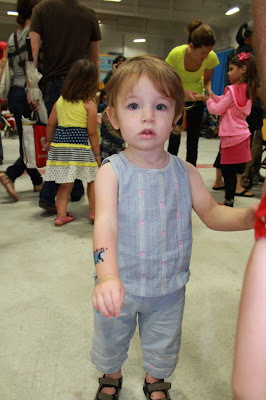 Rachel got in on the action with her own Thomas tattoo. 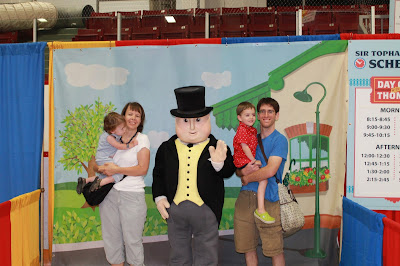 We got to meet Sir Topham Hatt. Rachel was completely freaked out by him (I'm surprised she is checking him out in this picture because I still have the marks from where she was digging her nails into me from fear.) There was a photographer to take an official picture but this one comes from where I gave some stranger my camera because I wasn't planning on spending Sam's university tuition on the professional picture. 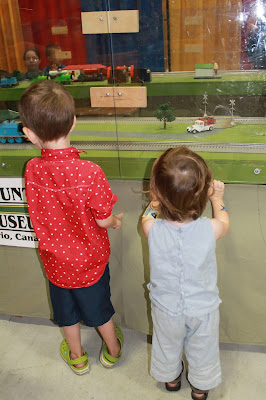 Sam and Rachel liked watching this model train of Thomas and one of his friends.

One of the things I really liked is that they provided a whole bunch of Thomas related crafts. Sam made an engineer's hat, puppets and a hanger for his doorknob. The day before we went, I was telling one of my friends about it and she said, "Oh, maybe we'll come too!" And then they showed up and surprised us. It was great to spend lots of time with them and it made it even more fun for us :) 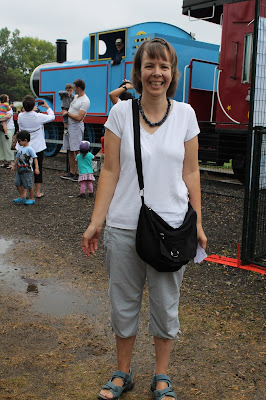 I have to admit, even I was excited about riding on Thomas!

Sam had a minor meltdown about where he was sitting on the train and I think the excitement was overwhelming for him. As we were walking towards our train he commented, "This is GREAT!!!" and the look on his face made the whole rest of the day totally worth it. Thankfully, his meltdown was short-lived as the thrill of riding Thomas the Train overtook him. 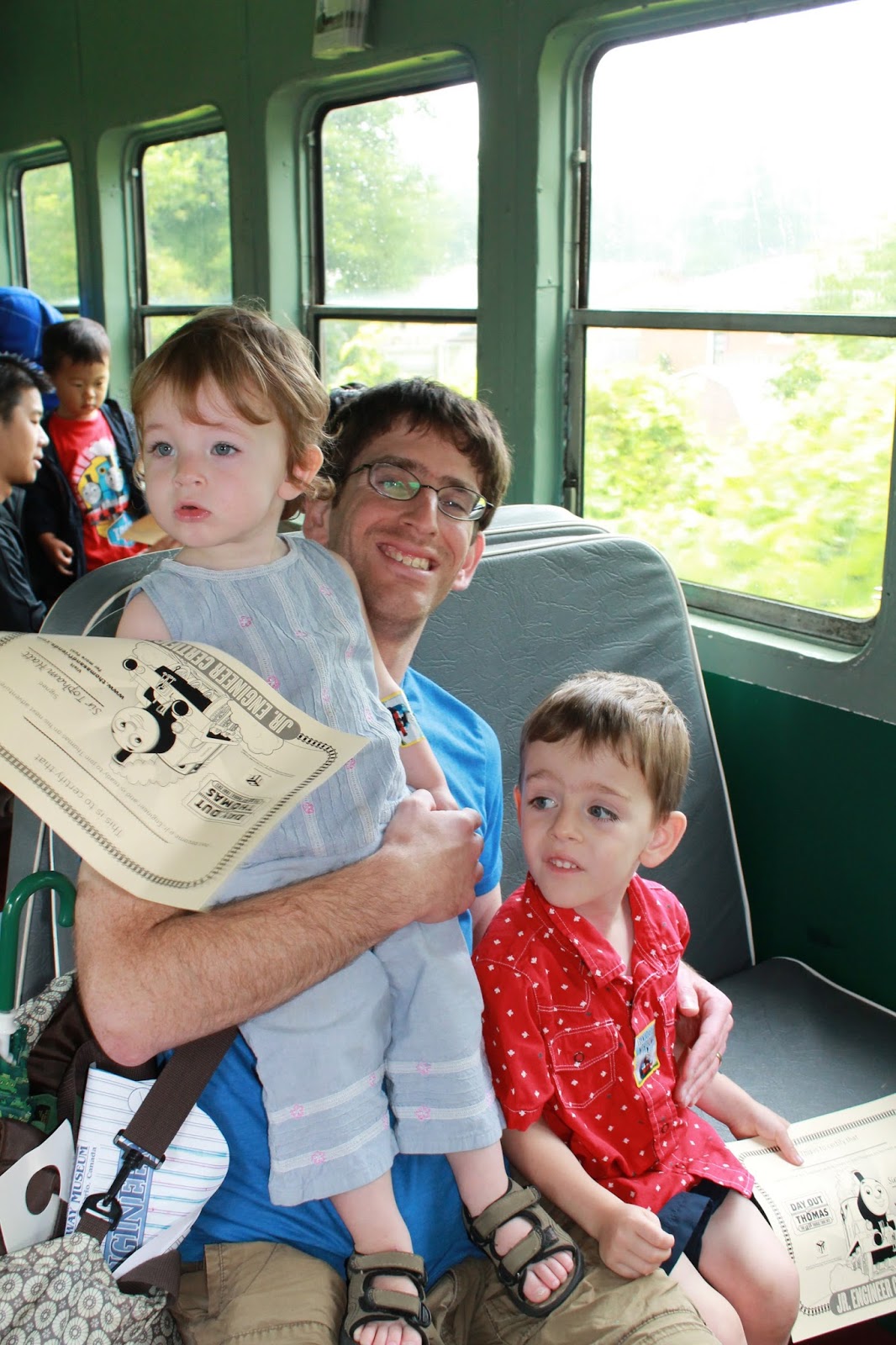 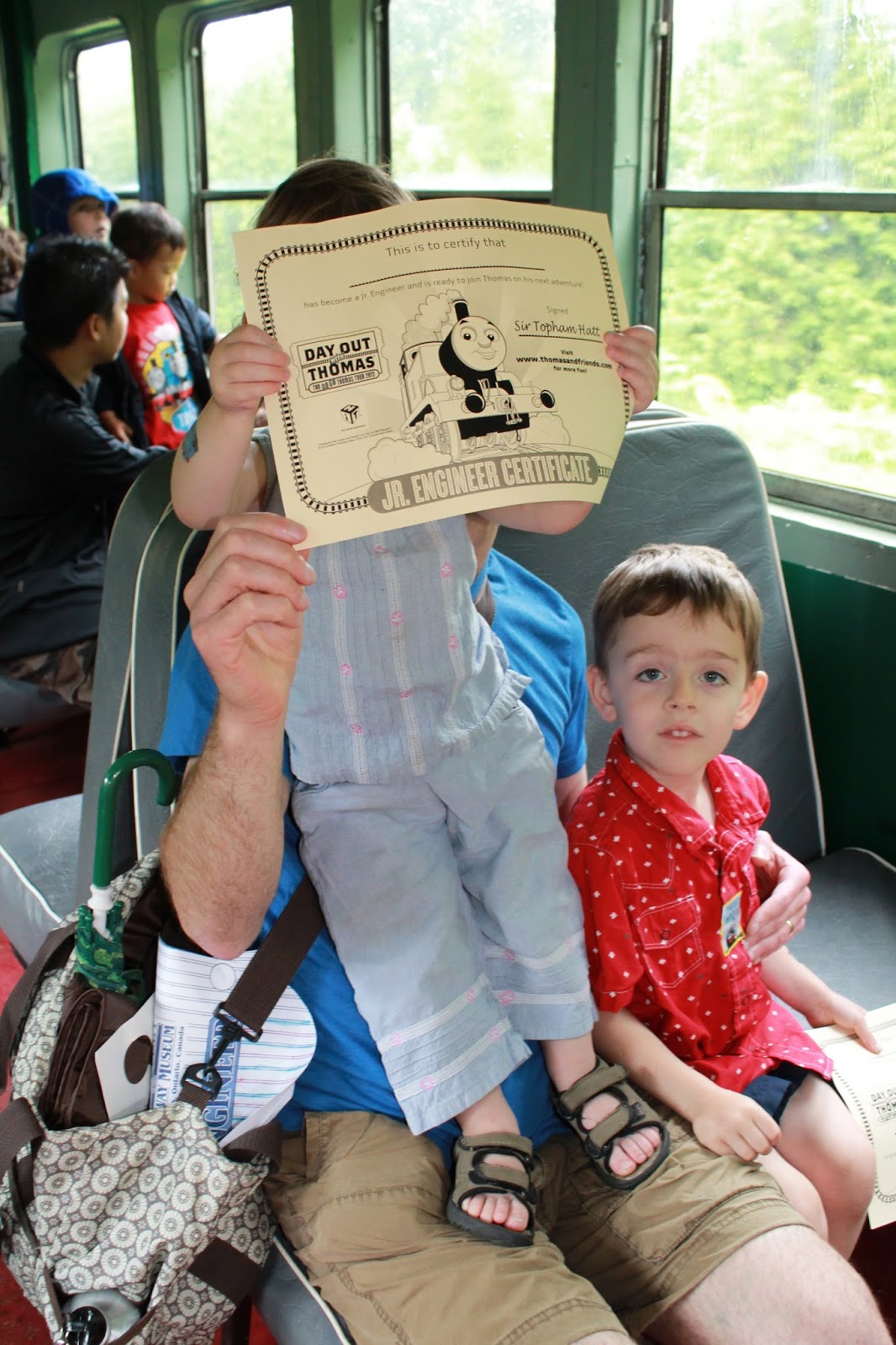 After our train ride we met up with our friends for lunch (they had a different time for their ride) and then we watched some Thomas videos and heard some stories. Then we hung out at the train tables for awhile. 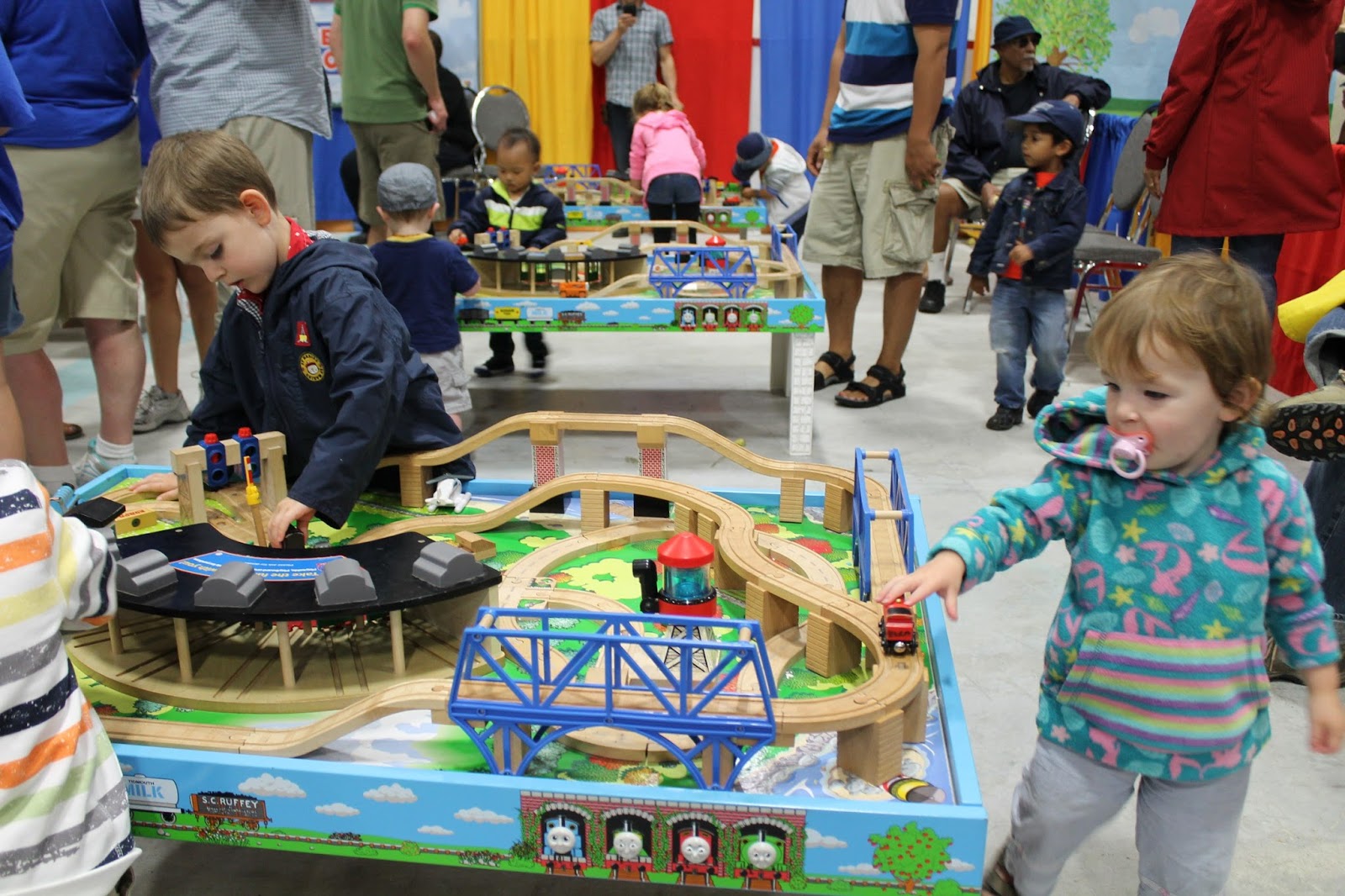 I also took a moment to take pictures of this "Thomas The Train" themed bike! I think it would be a little hard to ride :) 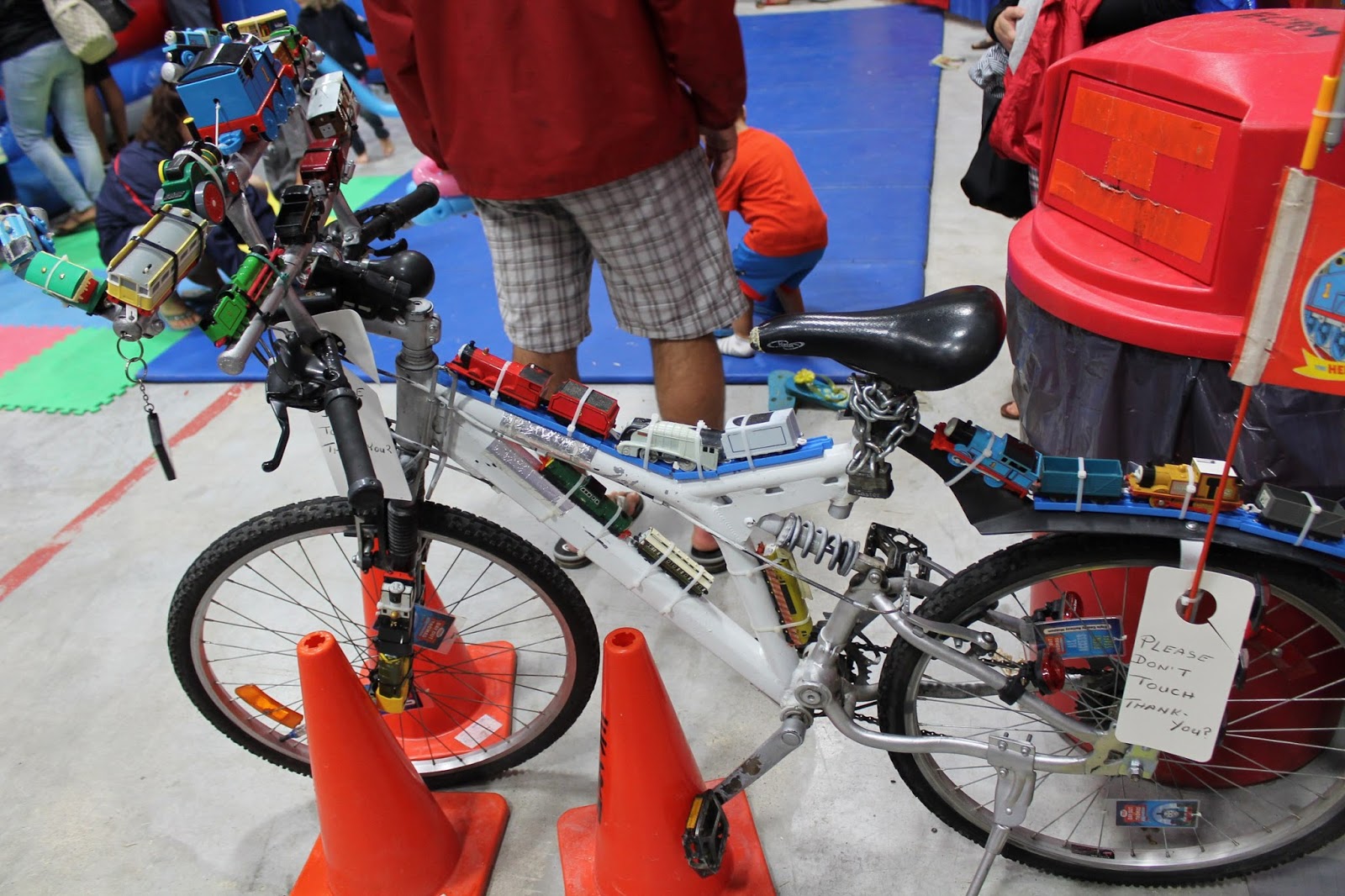 Because we were running a little late for our train trip, when our friends had to head out for theirs, we took advantage of the extra time and got some pictures in front of Thomas The Tank Engine. Sam, as you can tell, was too distracted and enthralled by Thomas to actually look at the camera. Such is real-life with a four year old! 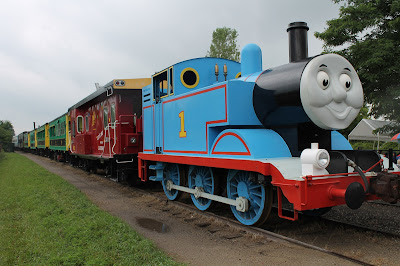 Then we spent some time at the petting zoo where Sam looked and Rachel actually pet a chicken and a bunny. She was super-tentative about it but she did it. 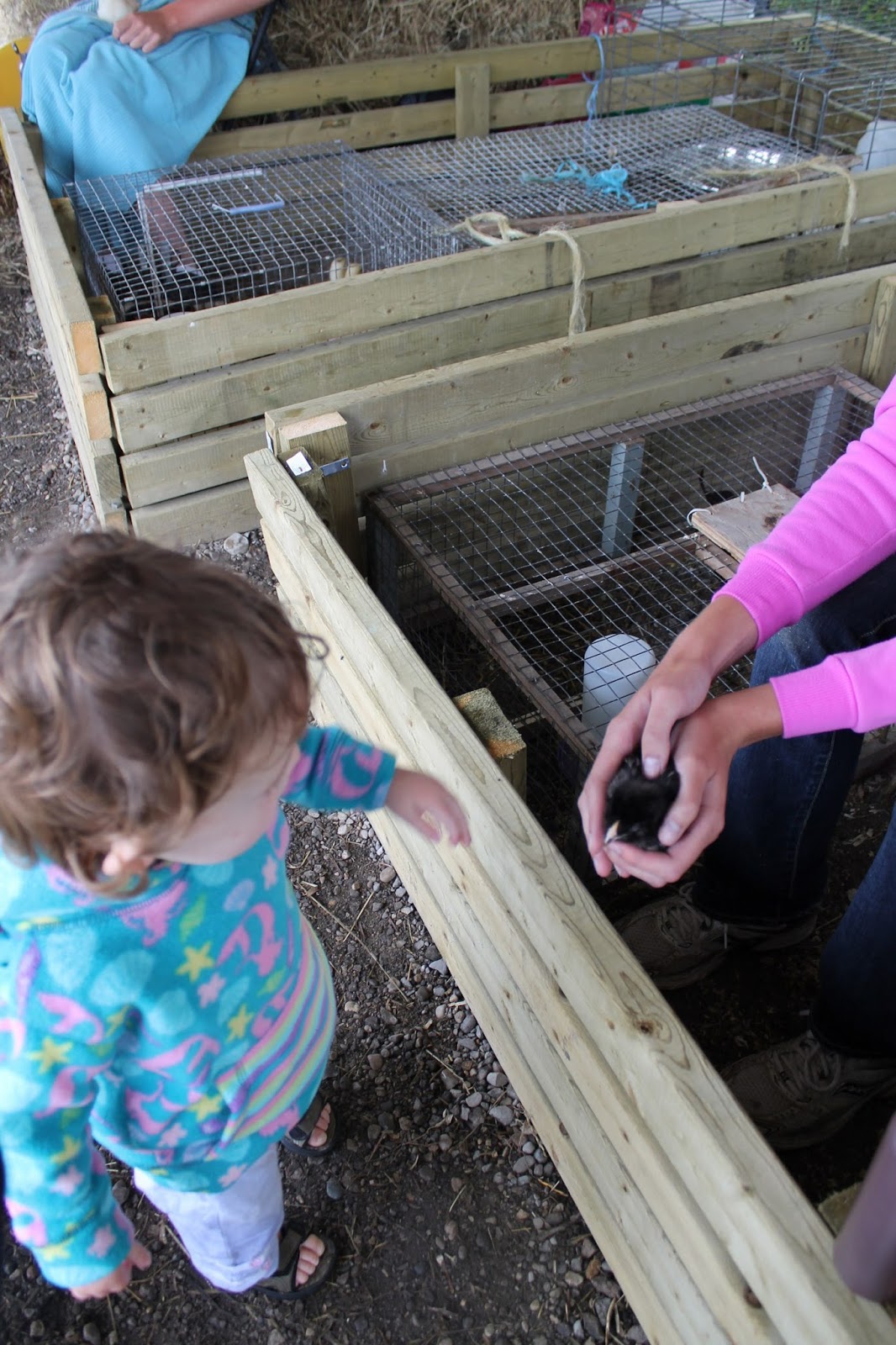 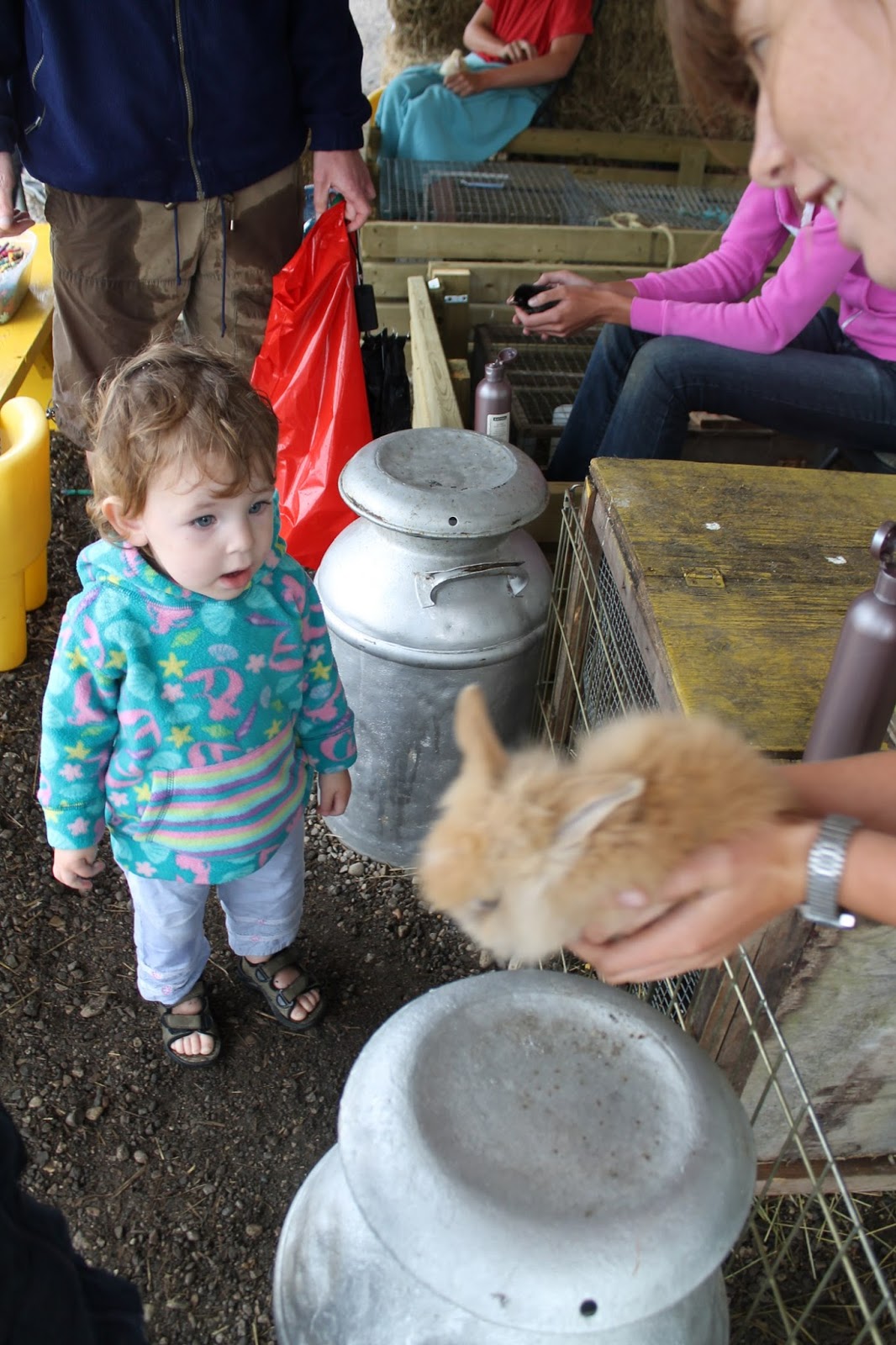 Sam had been waiting all day to do the Hay Bale Maze but it was raining off and on so we were waiting until the weather was a little nicer not raining. Finally we gave up and let Sam at it. I thought the maze was kind of gross because it was so wet. You can see the puddles of water and straw we stepped in, in the picture of my shoes. Ewwww. And you can see how wet Dave's shorts got in one of the downpours too. You might have to click to enlarge on those pictures. 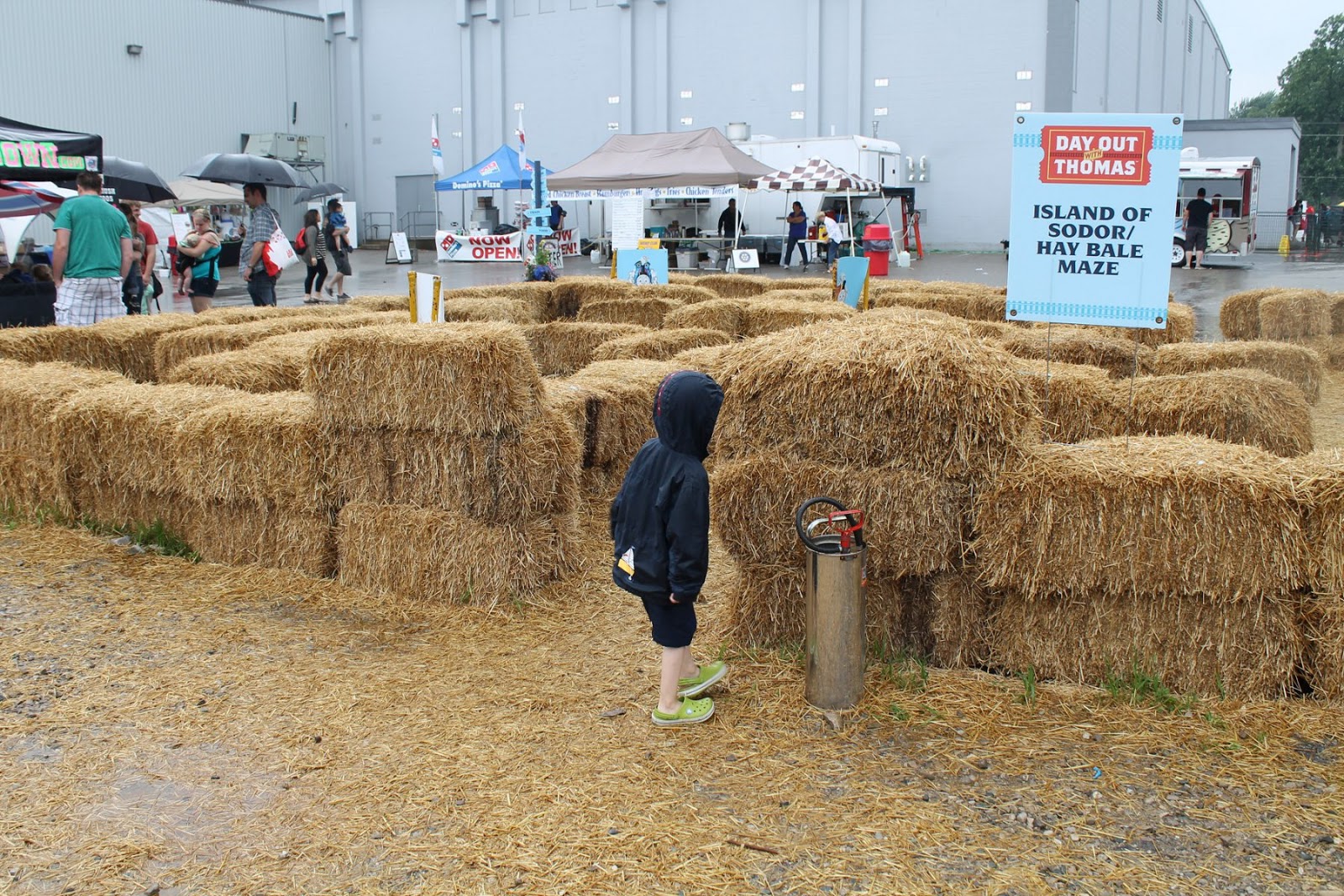 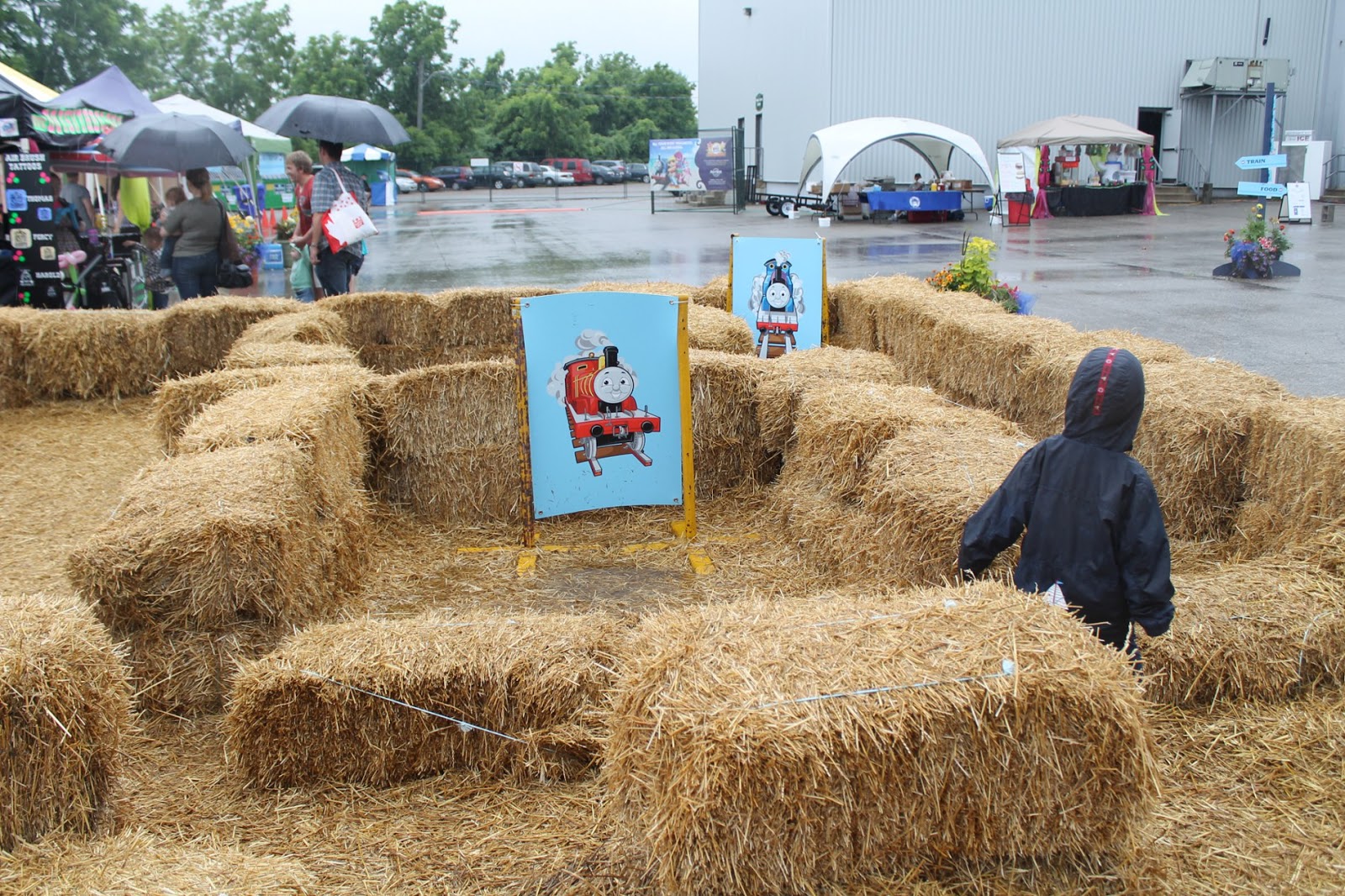 And that was the end of Thomas' Day Out. However, it was not the end of our day because we were only a twenty minute drive away from...
Posted by Natasha at 13:30