Disney Cruise: From KW to KW

Hey look at me -- this is my third blog post this week :) I'm still talking about the cruise but hopefully this post will be shorter than yesterday's. 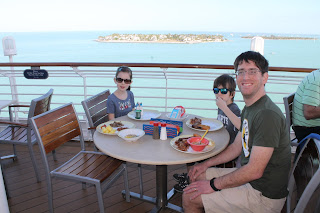 On our first full day of the cruise we docked at Key West and had the option to explore a little bit. After a great breakfast, and after Sam watched a bit of the Cars movie on the Funnelvision, we headed out for the morning. When we booked the cruise I looked at the ports of call and then did some research as to what we might want to check out. We didn't book any port adventures because they are really expensive and we'd rather save our money to do other traveling - ha! 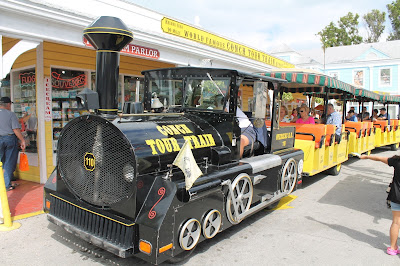 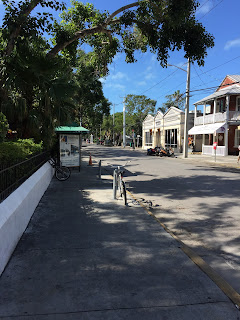 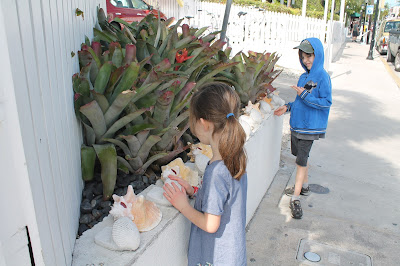 When we got to Key West we landed on a naval base and there were mini trains to take us into downtown Key West. We visited the closest Starbucks and then walked straight down the street for about half an hour and arrived at the Southernmost Point in the Continental US. 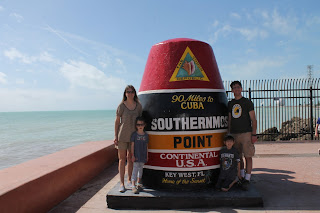 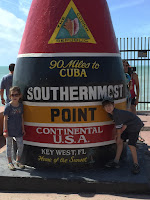 We had to wait in a line which was about twenty minutes long (I'd heard it could be up to an hour wait) to take a picture. I loved watching the kids watch the ocean. 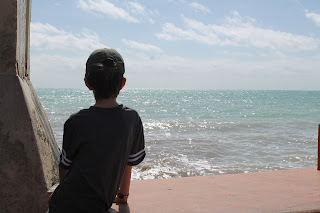 We also met the "Southernmost Artist" as he called himself. Key West is known for its random rambling chickens and roosters, so we bought a piece of rooster art from him to hang on our travel wall. 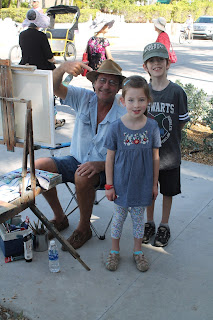 After we saw the Southernmost Point, we found a rooster just hanging out. 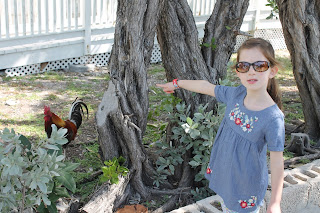 While we were walking, Dave kept noticing all these signs, magnets, etc with "KW" on them. We're from a twin city called, "KW" for short, and it took us about an hour and a half to realize that "KW" stood for "Key West." We're quick that way :) 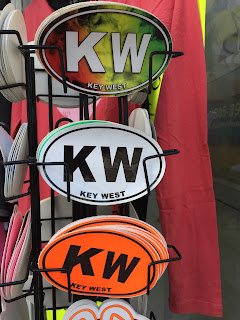 We had all day in port but rather than buying lunch on the shore, since we were done sightseeing, we caught a free trolley back to where we needed to catch the train to the ship. And then we had lunch on board. There was a restaurant called "Cabanas" which basically had a continuous buffet set up for breakfast, lunch, and, supposedly, supper as well. The food was really good and the selection was almost overwhelming. 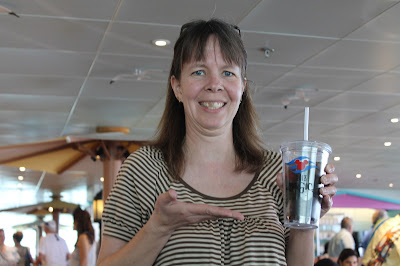 This is a really bad picture of me taken by Rachel but it shows the personalized cup I got as one of my Fish Extender gifts. 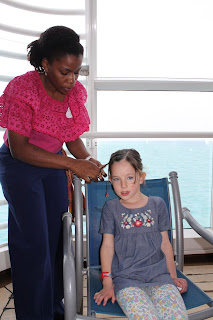 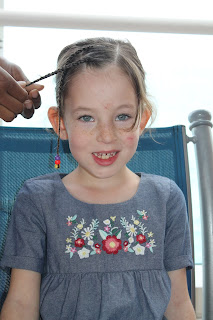 One of Rachel's school friends had done a Disney cruise and came back with her hair braided. This was the main thing Rachel wanted to do on our cruise so I'm glad we could take advantage of it. She got two braids which she kept in for a week and a half.

It was only the second night but our kids were already experienced cruisers. Ha! 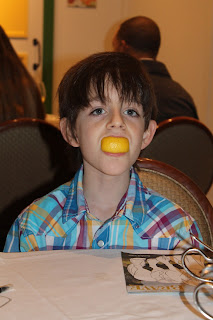 Our restaurant on the second night was called Carioca's and it was South American inspired food. I think I was still recovering from the flu in terms of my appetite because I didn't really enjoy this meal. Sam however loved his lemon and another Mickey ice cream bar!

The highlight of Carioca's was when they made napkin hats or bows for everyone in the restaurant. That was hysterical! Some of the hats were amazing! 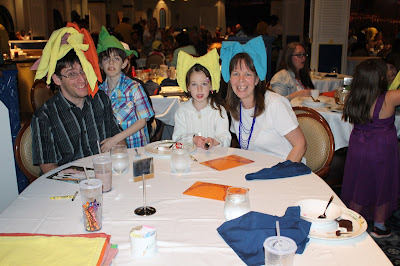 Our musical that night was Tangled, based on the Rapunzel story. I think it was probably my favourite show of all the ones we saw. And now I really want to see the movie.

PS. While I was looking for something else, I found this article which talks about how Carioca's will be renovated into Rapunzel's Royal Table starting in March of this year. I would have loved that, especially since Carioca's was my least favourite restaurant.

Before we went to bed, we ran into Goofy. 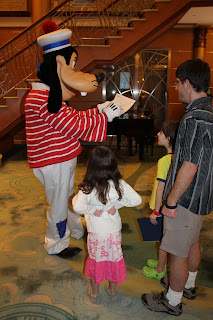 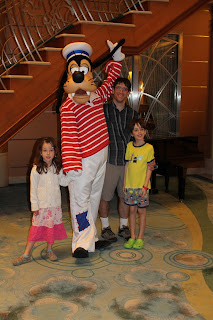 And every night our stateroom host would leave towel animals and chocolate for each of us :) I loved how he incorporated Sam's stuffed animals into the montage this night. 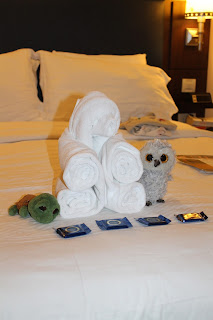