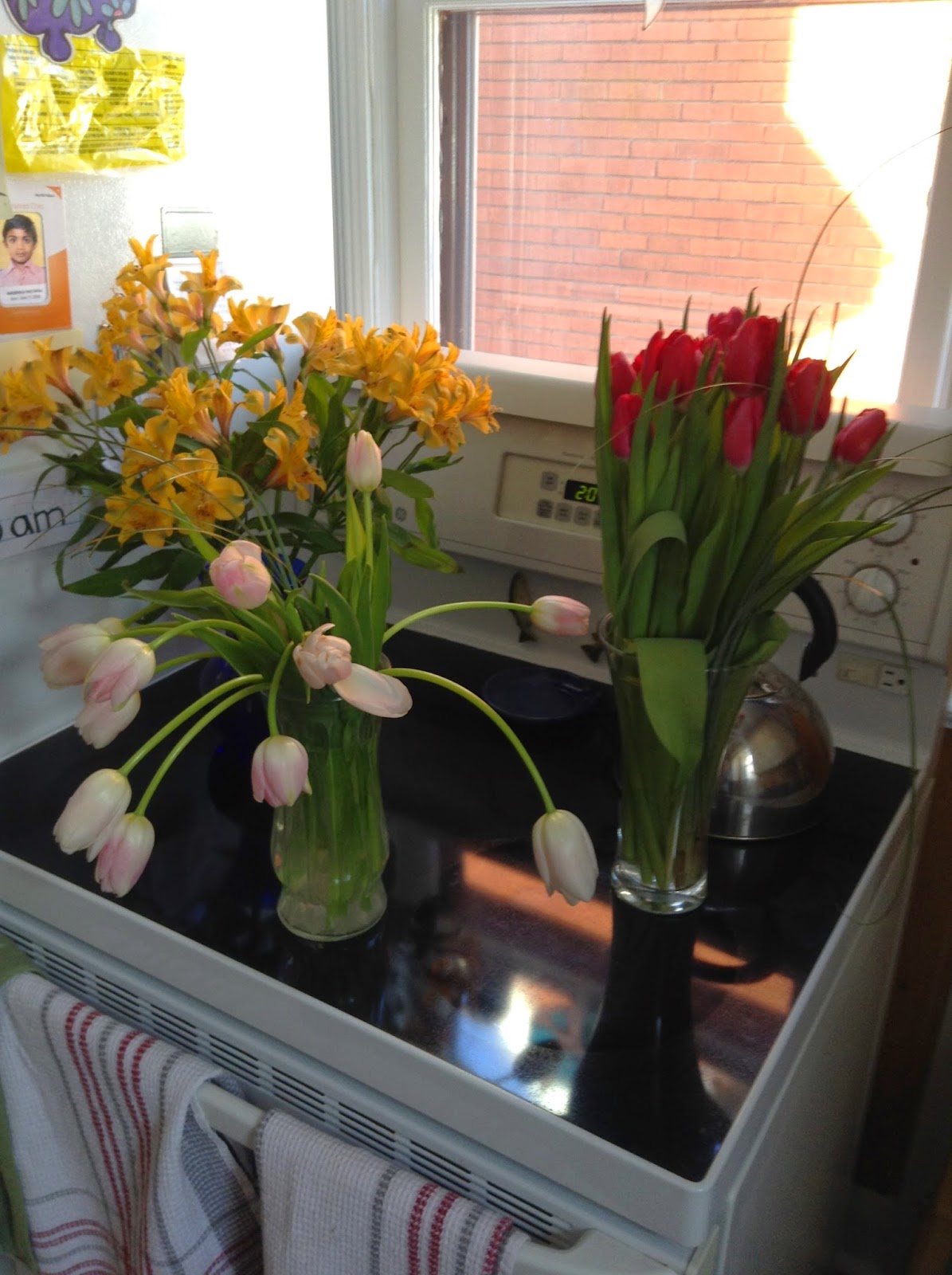 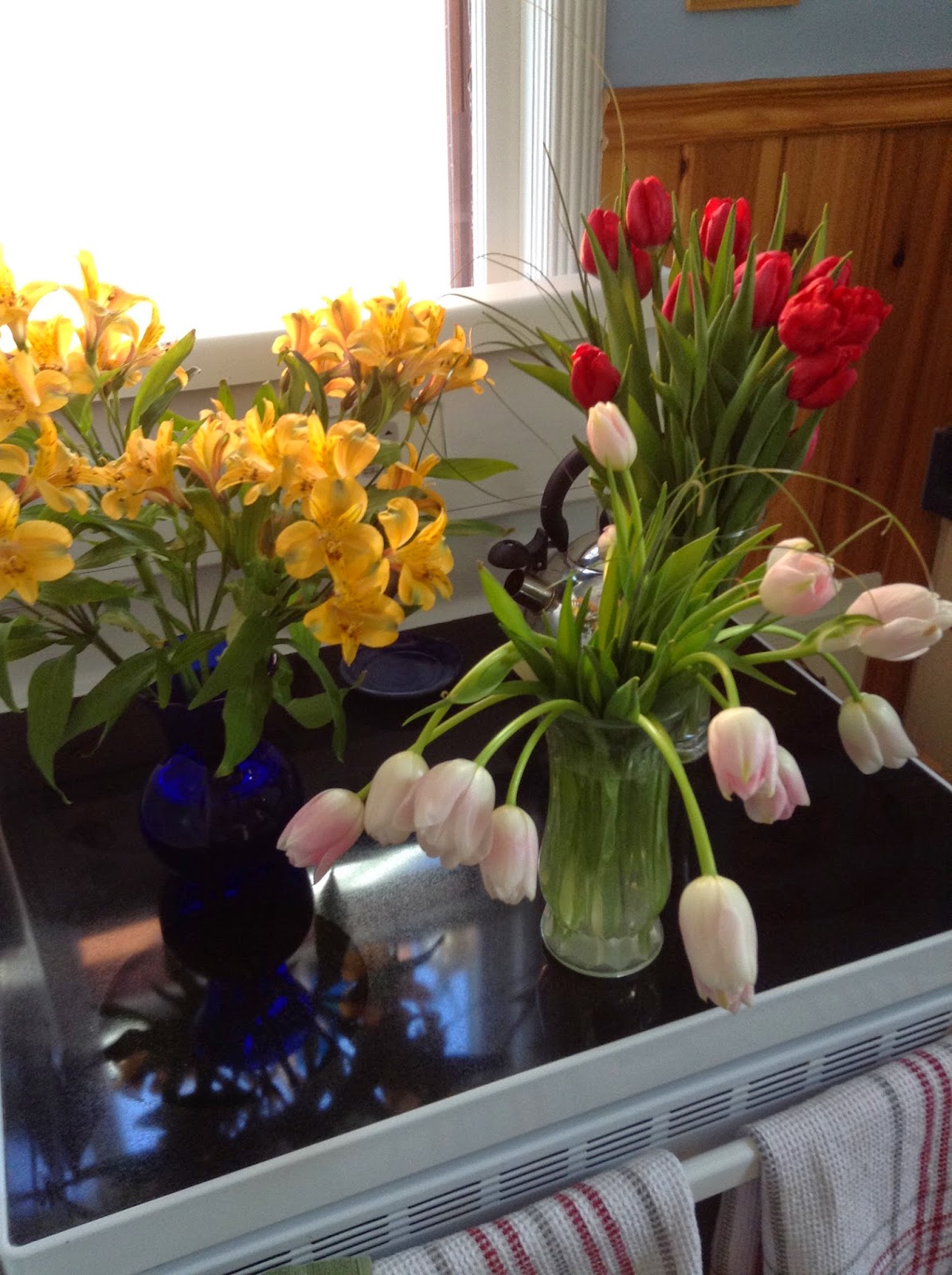 For the past four years in January, I've written a post about my tulips. And even though we're partway through February, I realized that I never did that this past January. But that doesn't mean I didn't have tulips brightening up our house. Somehow the promise of Spring, which tulips in January bring, helps me get through one of the coldest months of the year. The ones pictured above are ones I got before Dave's birthday. 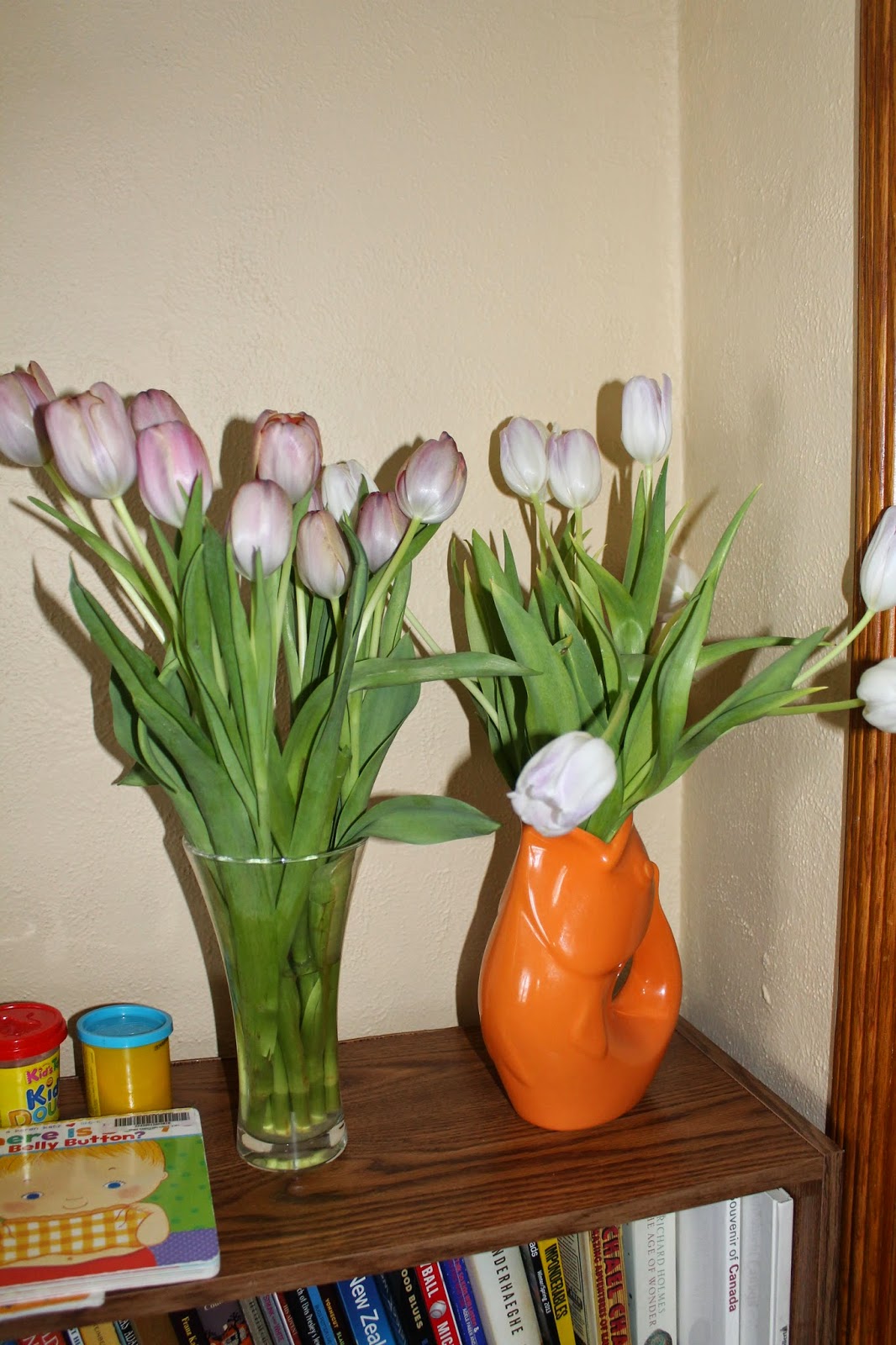 Then a couple of weekends ago I bought these two bouquets. I was going to take pictures of them when they opened up, which they never really did. The ones on the left were originally a red with yellow streaks. They're kind of faded now. 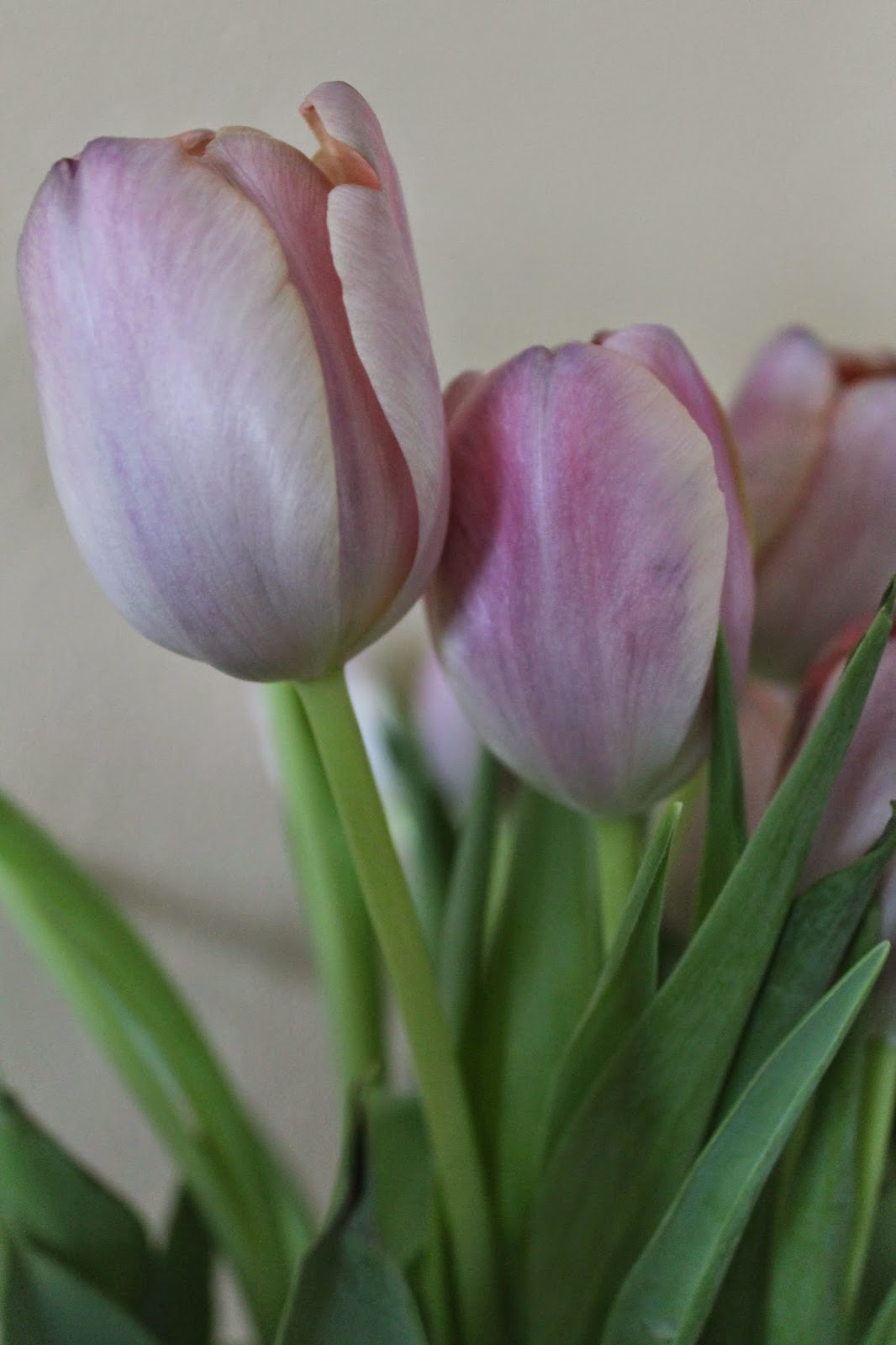 The ones on the right were pure white. Now, however, they've developed purple smudges. My "white" tulips last year did that too, only those ones were red. It's really weird to me. 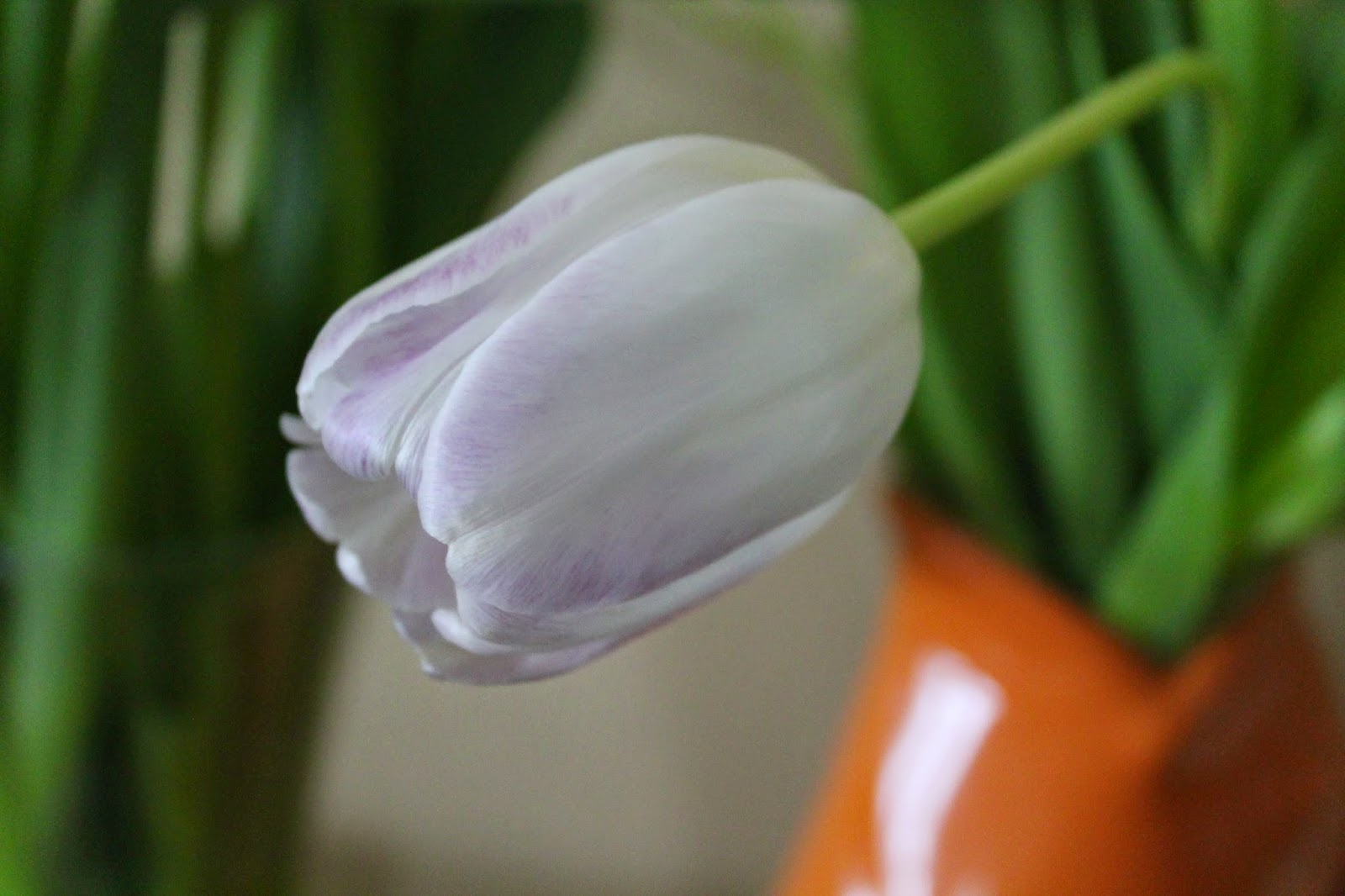 My January tulip tradition is one I really enjoy and look forward to every year, even if I don't manage to document it until February :)

What about you? Do you have any January traditions that help you make it through the winter?
Posted by Natasha at 09:33

Labels: Flowers, Making It Through