Creatures Of The Night

Mexico has sure allowed me to get up close and personal with some creatures I might otherwise have stayed far away from. For those of you who follow me on Instagram, some of these pictures will be familiar, but for others of you, allow me to share.

First of all, on Friday night as were eating supper, some geckos decided to provide us with some... entertainment... shall we say. 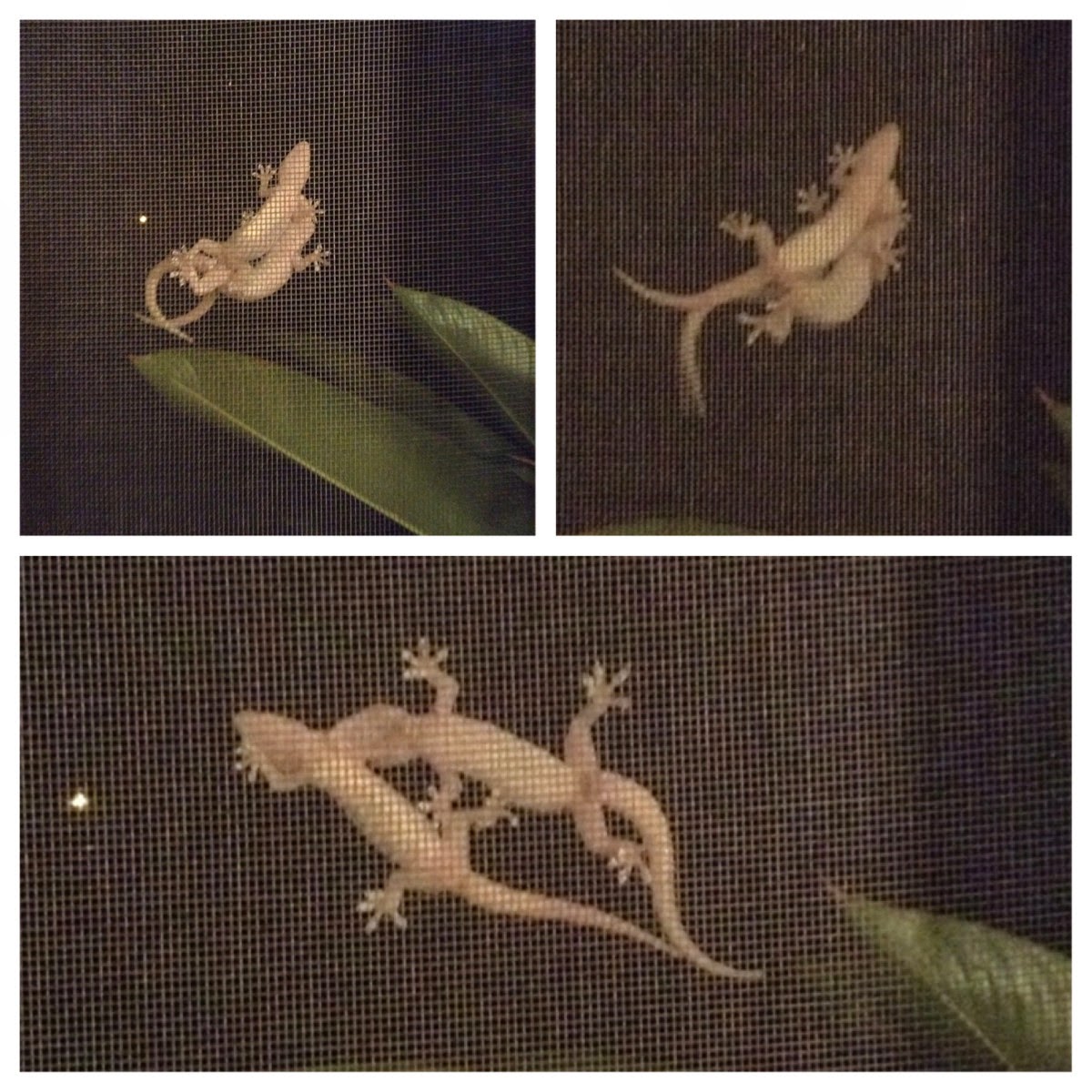 Sam was especially intrigued by the fact that their tails were forming an "O" in the picture on the upper left. I was glad that that was his main takeaway from their antics! 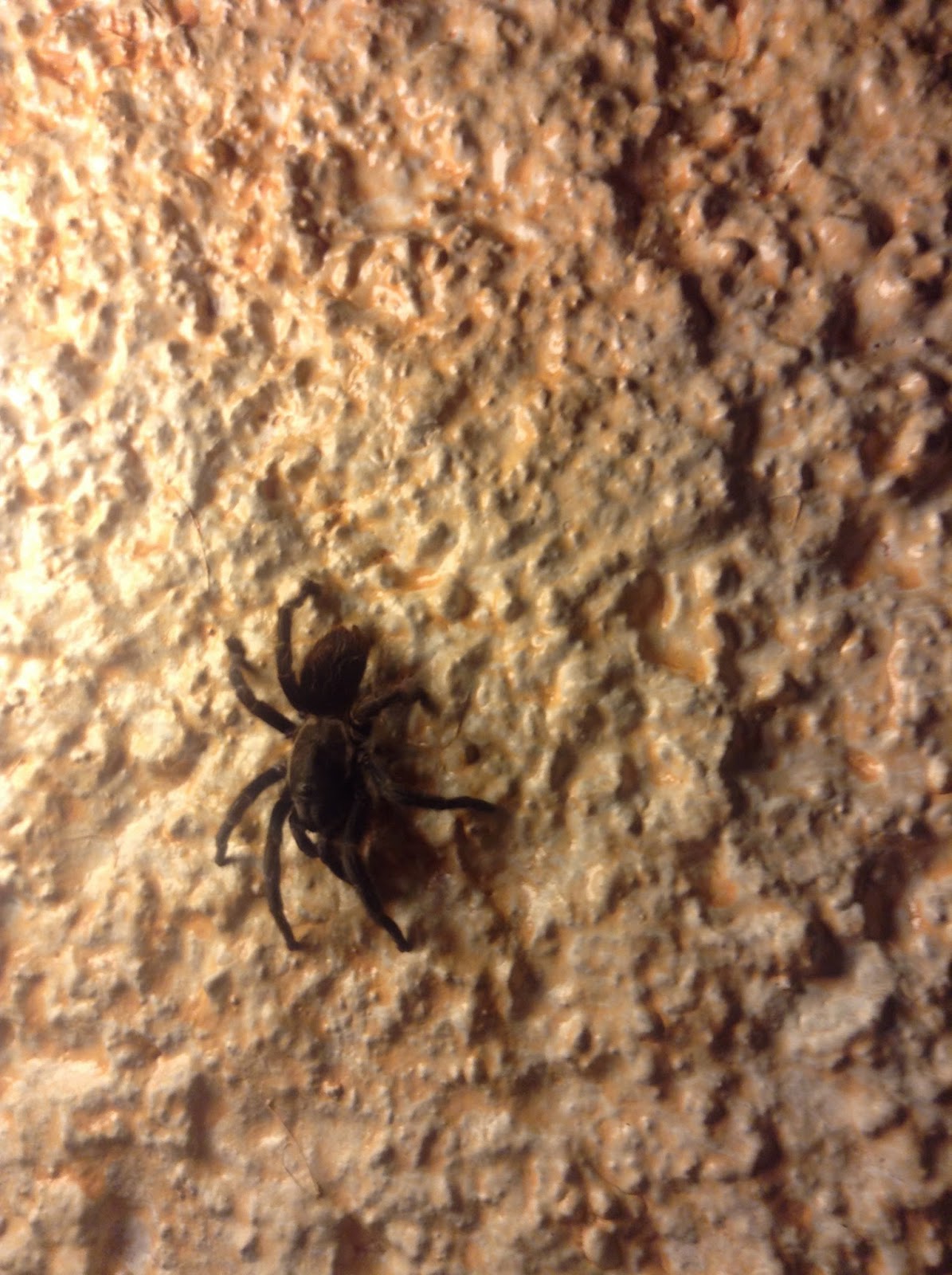 Then as we were sitting outside enjoying some of my dad's storytelling, a friendly tarantula decided to come and listen too. Gah! My dad took this picture (as I mentioned on Instagram) because there was no way I was getting this close and personal with a spider. 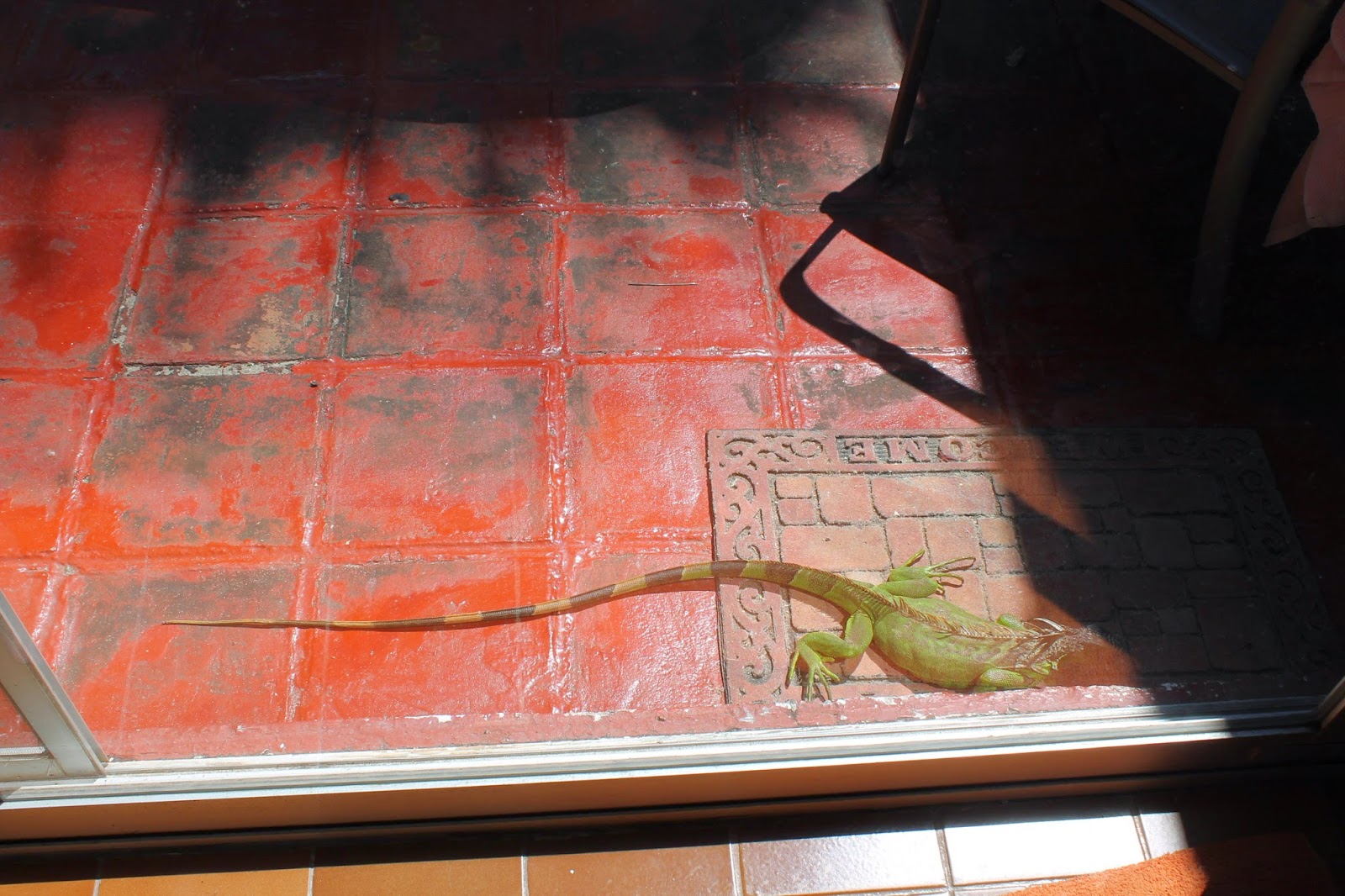 This isn't a creature of the night, per say, but it sure did freak my mom out when she just about stepped on this rather large iguana which decided to sun itself right outside our patio door! She was heading outside with Sam to cut his nails, and was already in the process of stepping out, when she looked down and saw this... 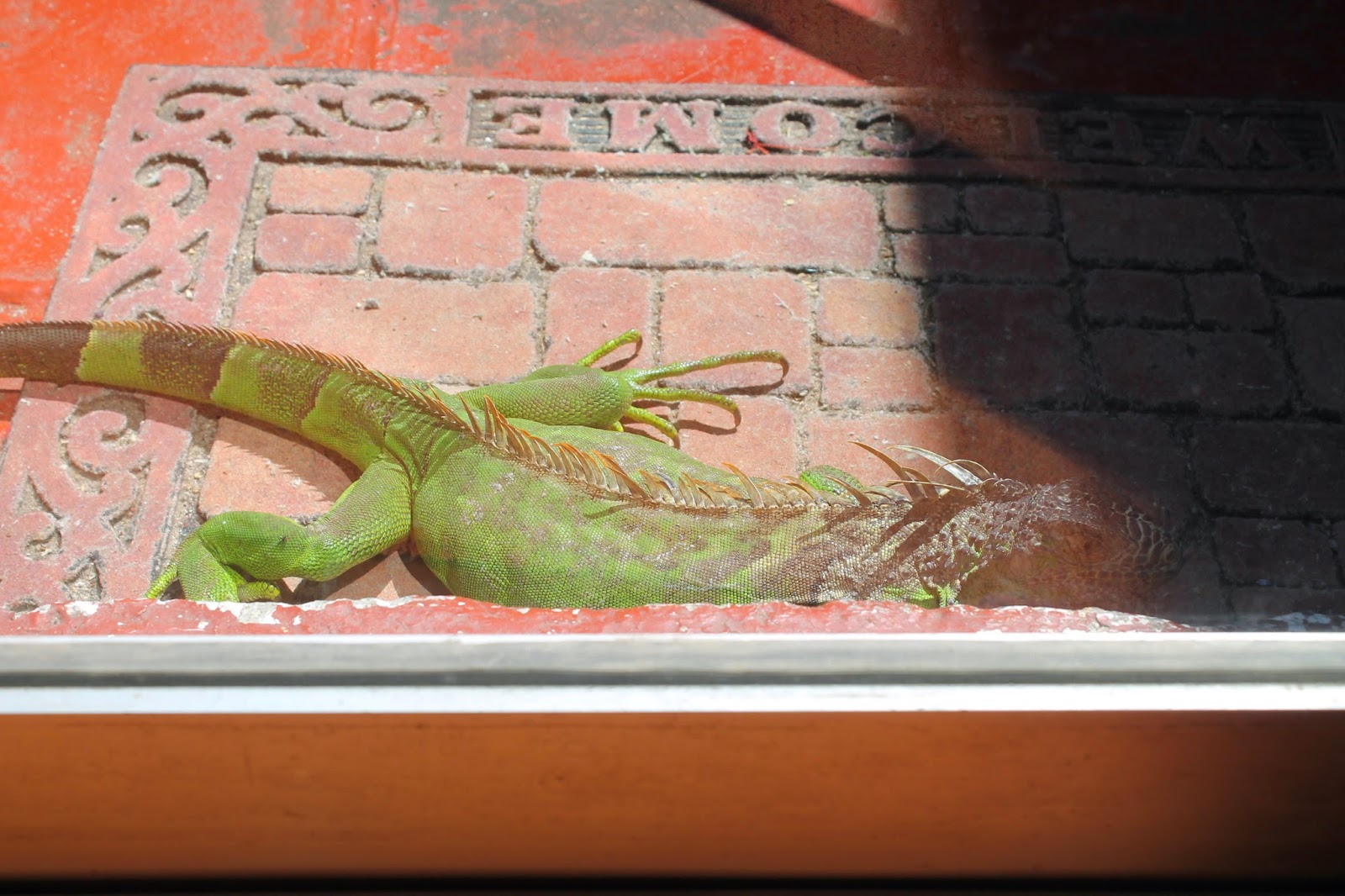 I was playing with the settings on my camera, trying to capture the palm tree in silhouette with the moon when I noticed that I was practically being dive bombed by bats. Fun times! 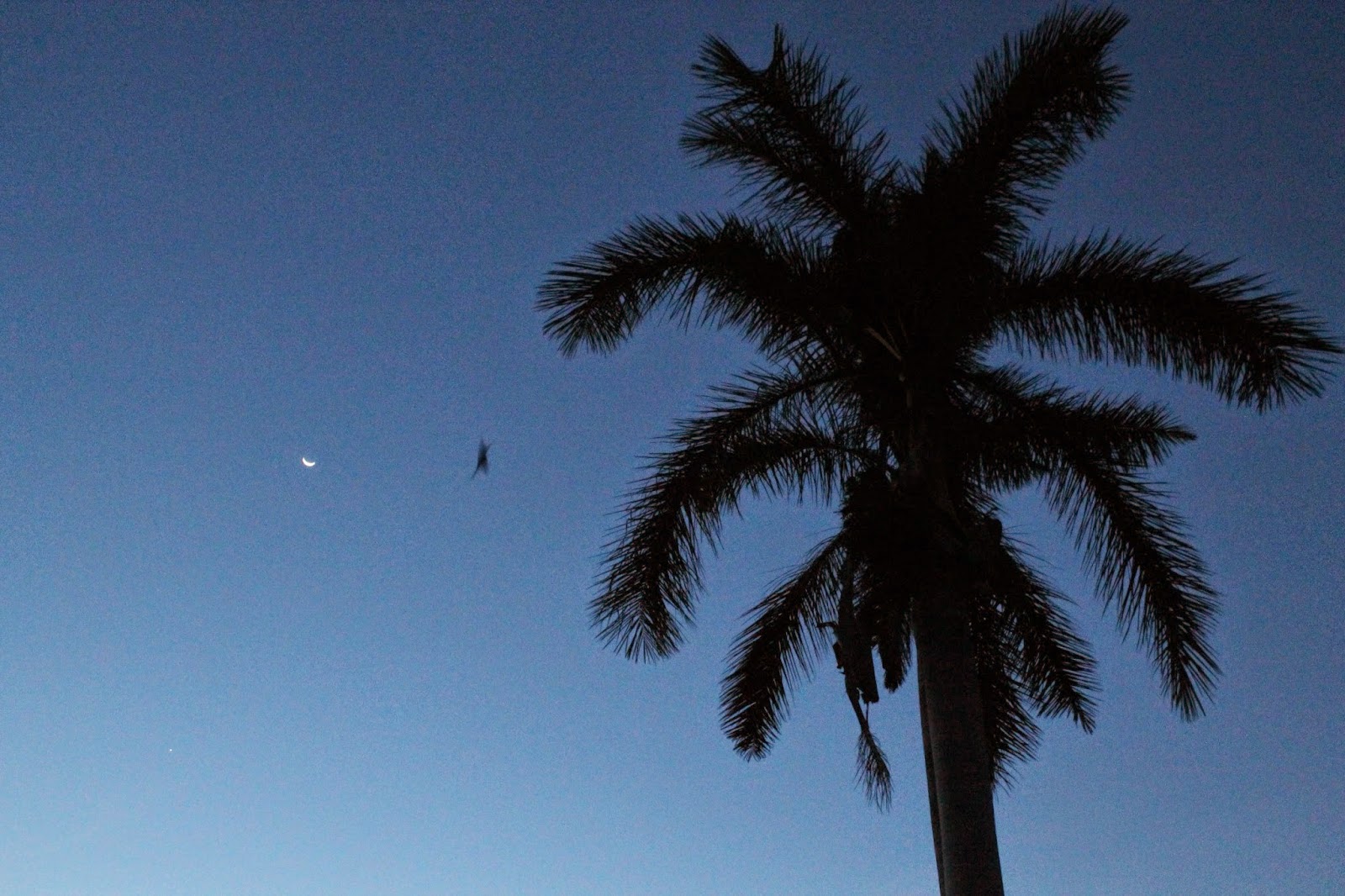 Okay, the bats weren't really dive bombing me, but they weren't that far above my head. Gah.

And then I heard noises coming from the pool and discovered these two munchkins hanging out. 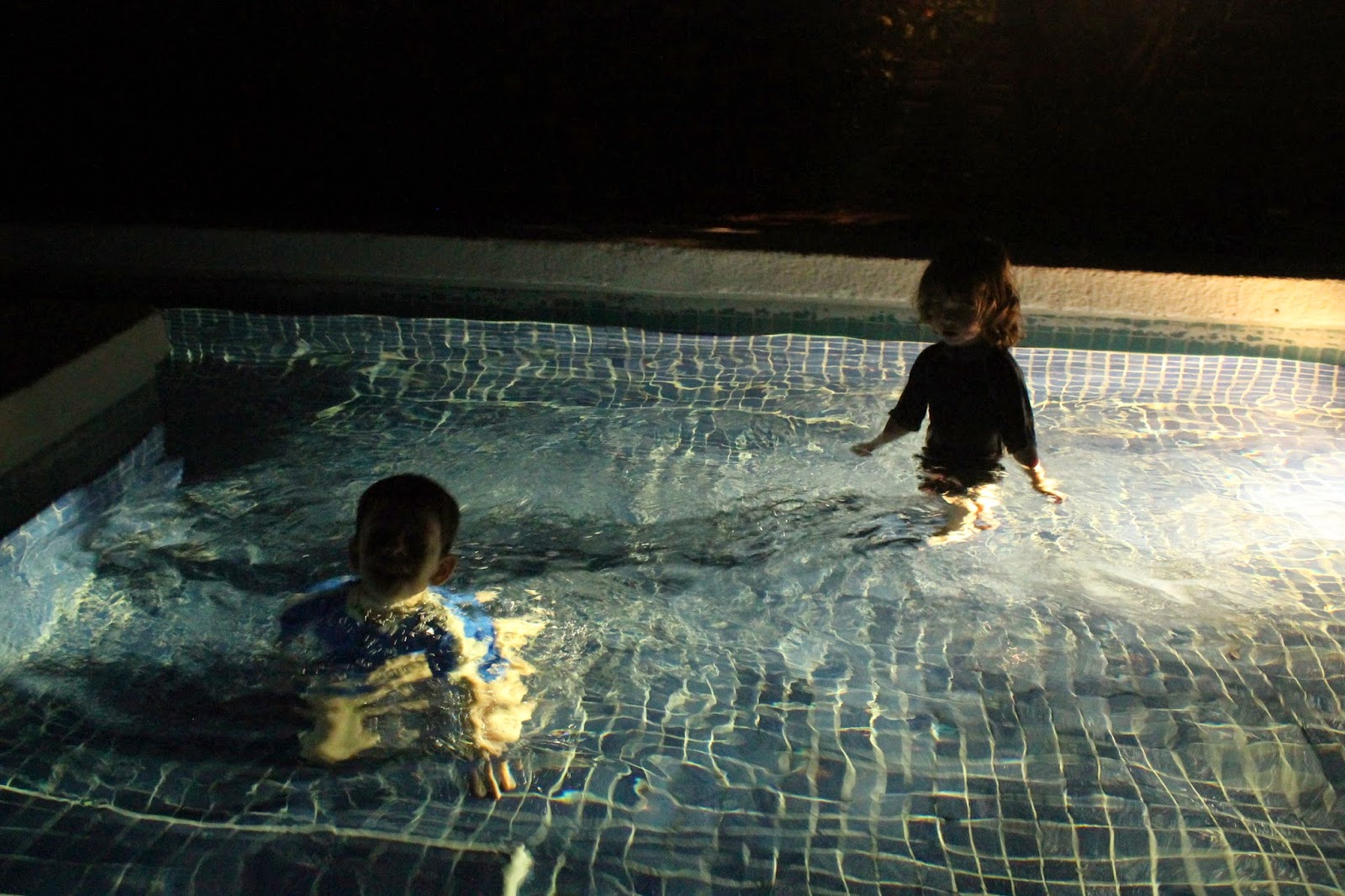 They were splashing and laughing and generally raising a hullabaloo. And they've made noises about returning so I will likely run into them again at some point. 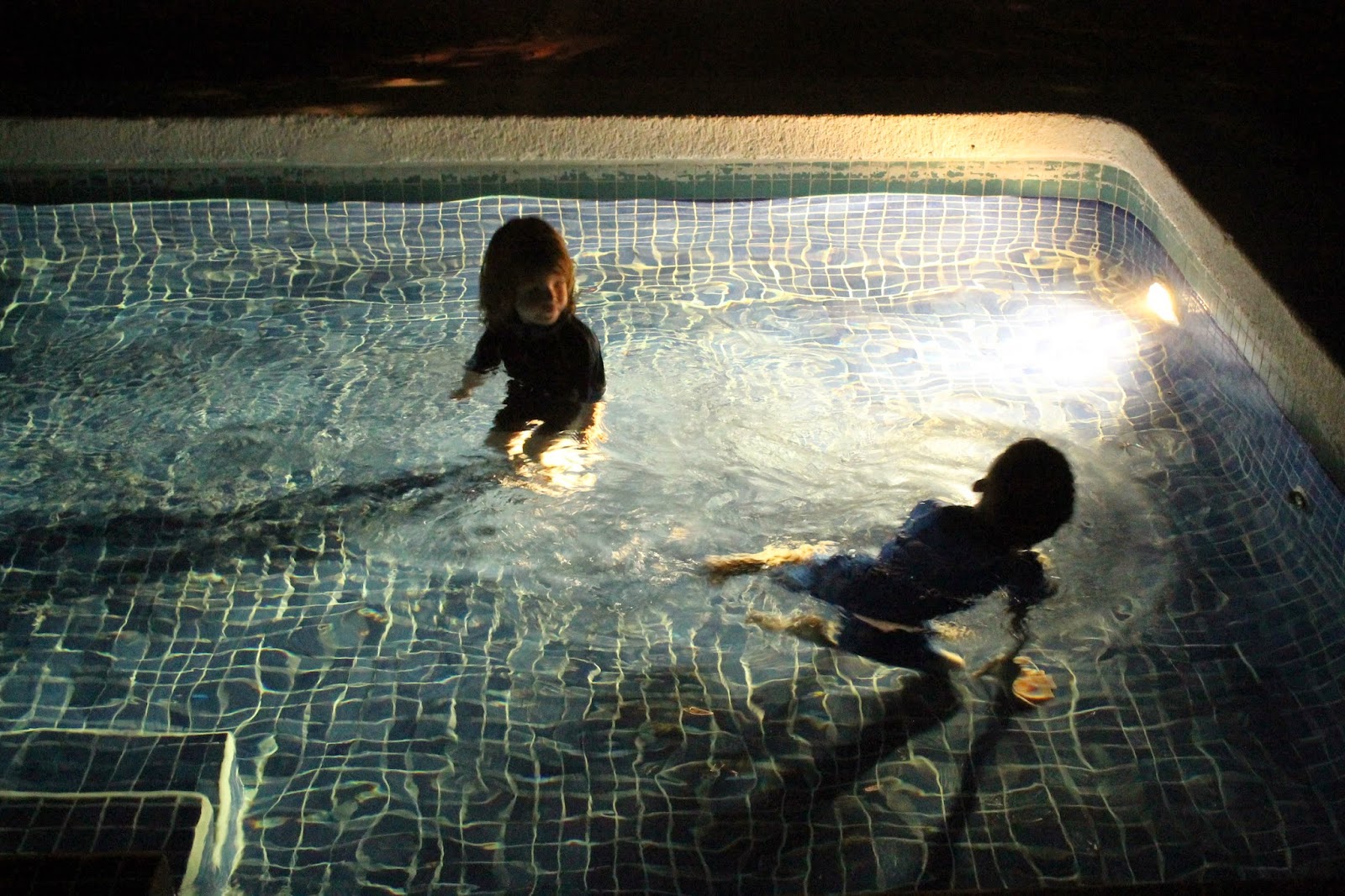 However, I didn't find them near as scary as the tarantula. Or the bats. 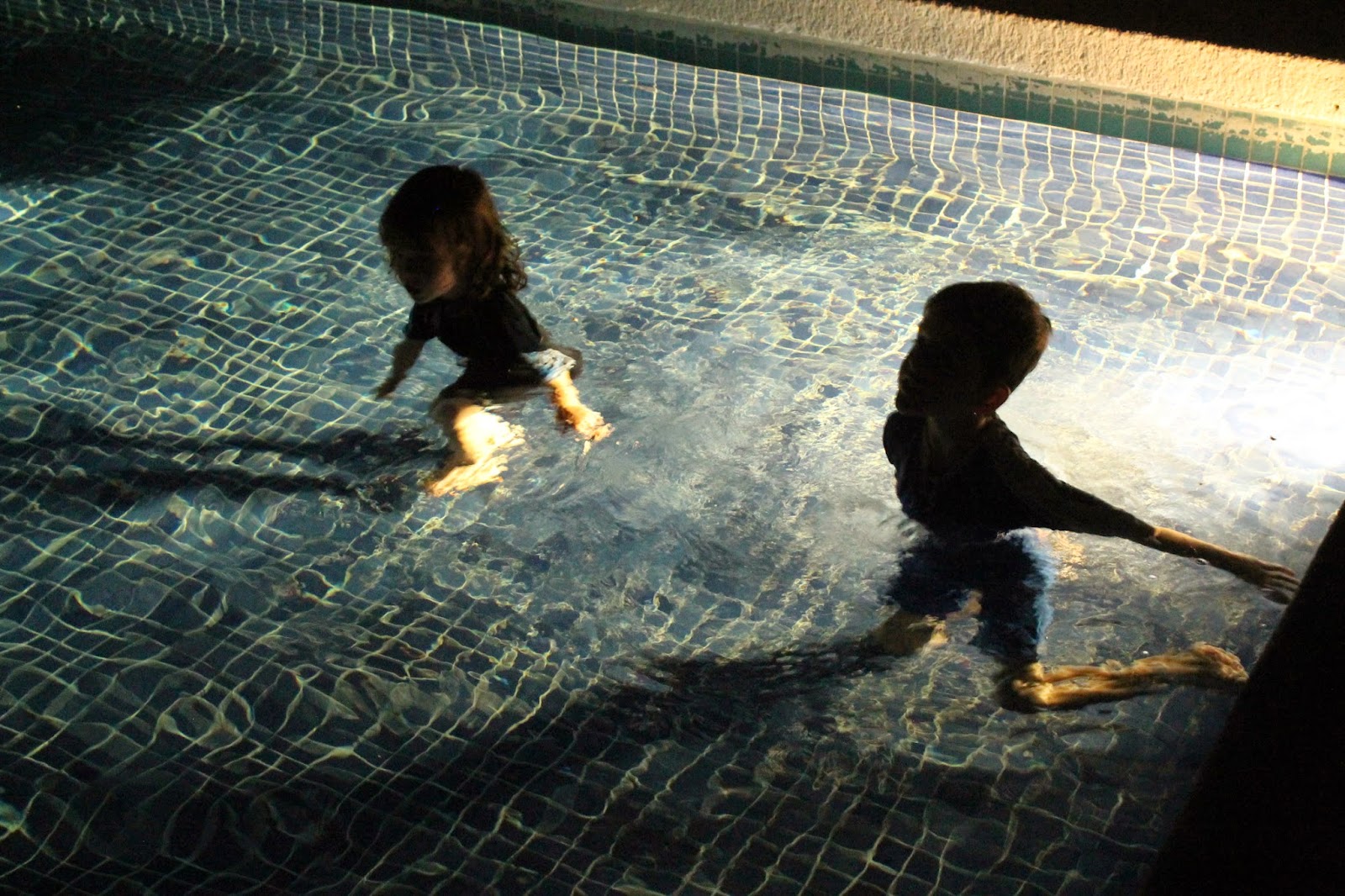 And those are just some of the creatures of the night I've had the unfortunate circumstances pleasure of meeting.

*You can read the last post about this trip here.
Posted by Natasha at 07:43