As I've mentioned before, my mom bakes buns. Really good buns. While she was here over Christmas we just might have gone through two batches of them. (A batch makes about five dozen buns, just lettin' you know!) One day I announced that on Boxing Day I was going to bake buns, with my mom's supervision, so that I would know how to do it.

And so the process began. (And yes, I lazily spent all of Boxing Day in my pjs. But I baked buns so I feel like it's a wash.)

Buns take a lot of work, for short amounts of time, and then a lot of patience, as they rise. My mom said to get really good buns you have to whip the dough "at least 100 times." Forget lifting weights, whipping the dough gave my arm a major workout and I might have had to take a break (or three!).

Then the dough rose for two-ish hours, it got punched down, and rose for another hour-ish. Then it was time to form the buns. That was hard. My mom has baked thousands of buns in her lifetime so of course she made it look easy-peasy. Spoiler: It wasn't.

I think Mom was amused by my efforts, at least. Rachel, on the other hand, was a little more skeptical. Thanks kid. 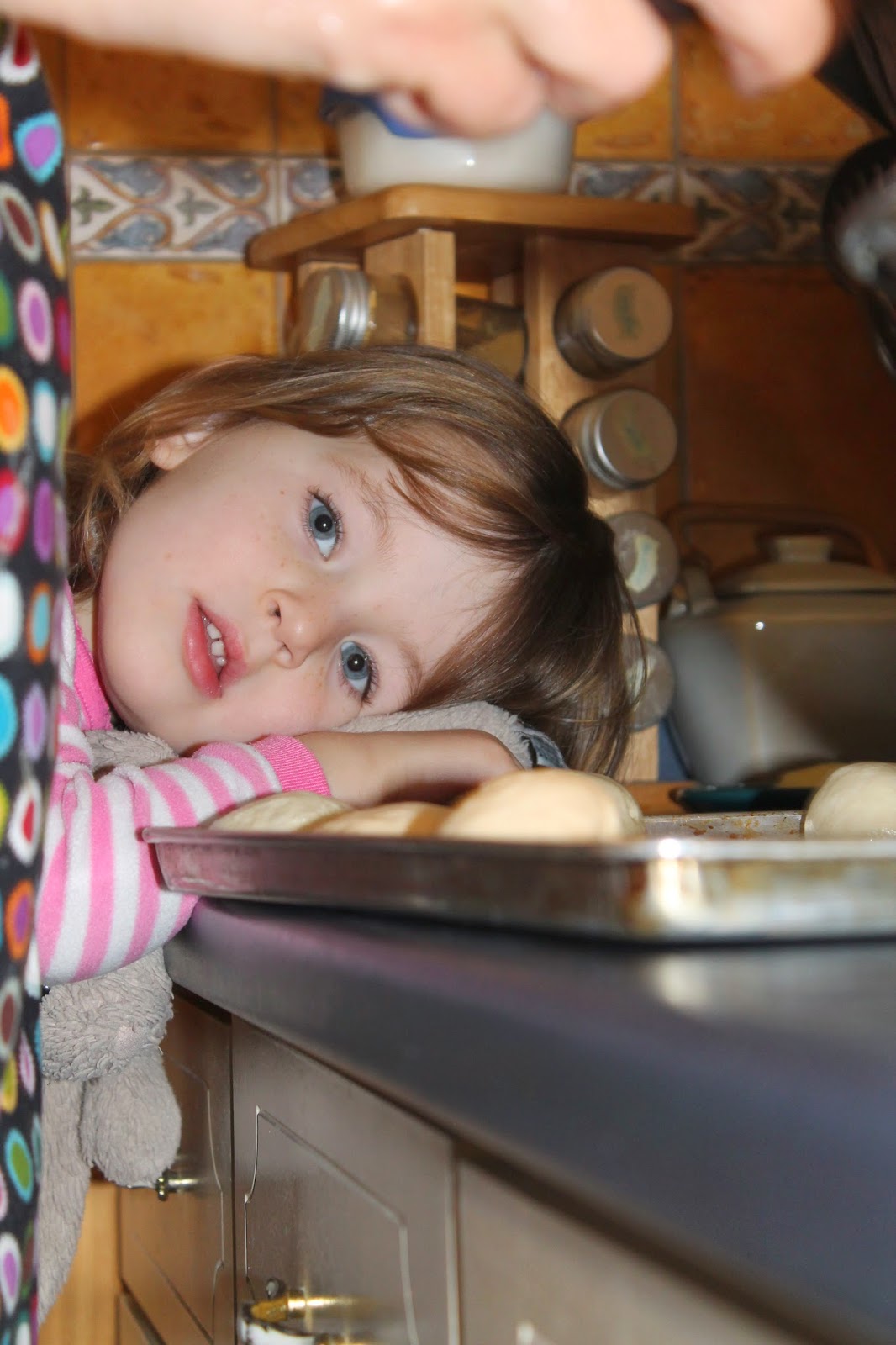 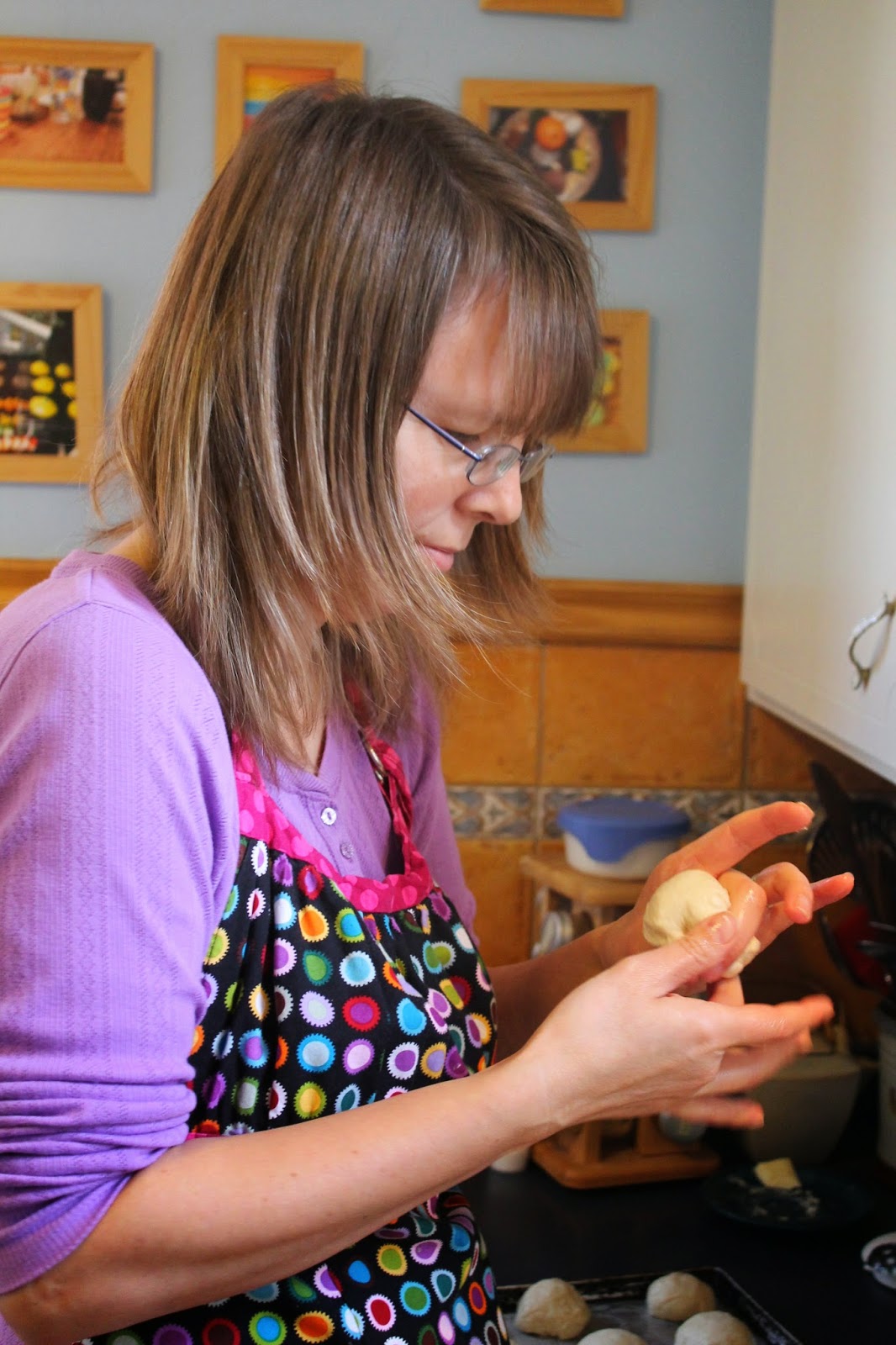 And the results showed up in the final product. While my mom produces pan after pan of uniform, round buns, I produced these flat, abnormal specimens. 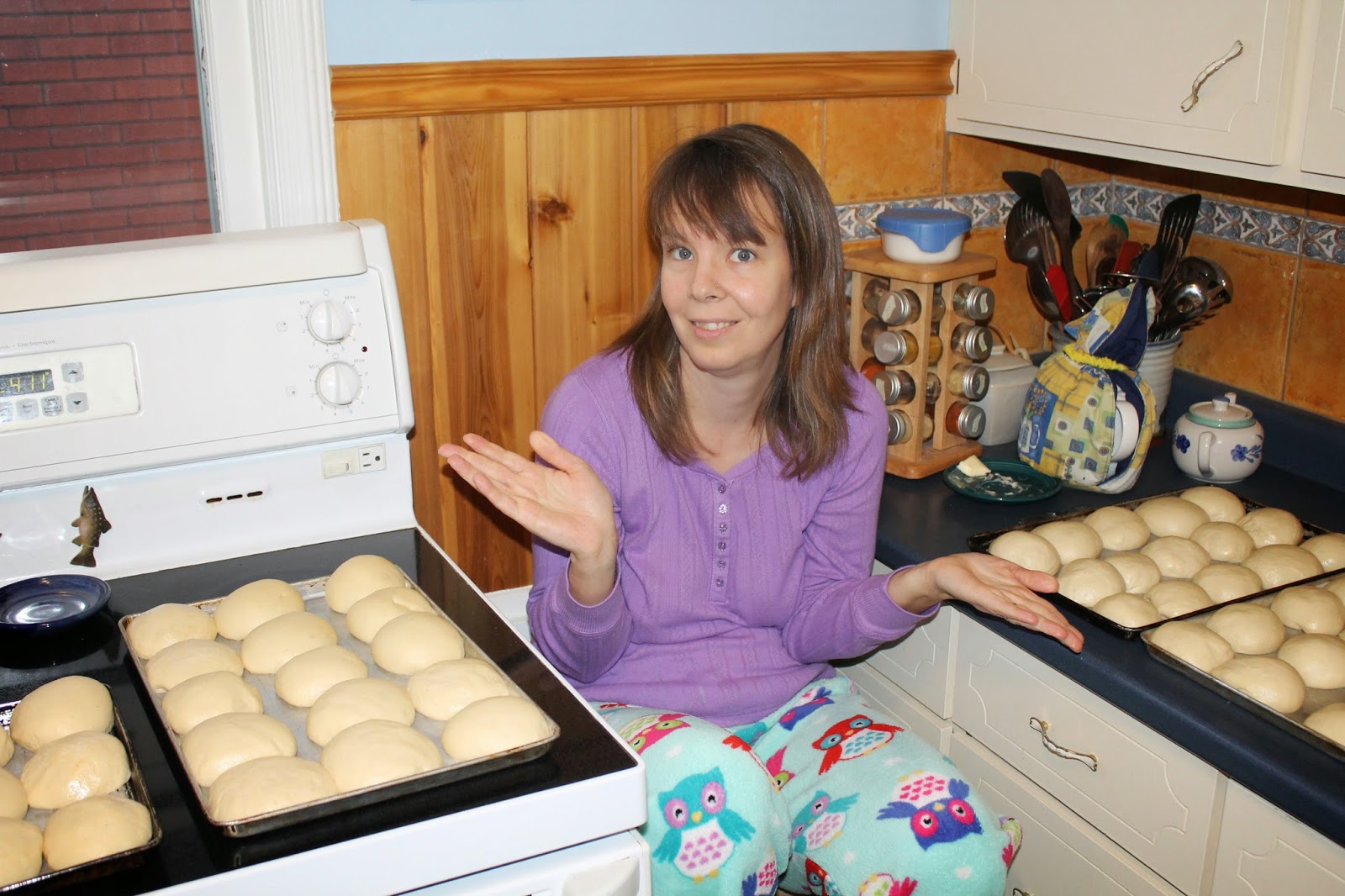 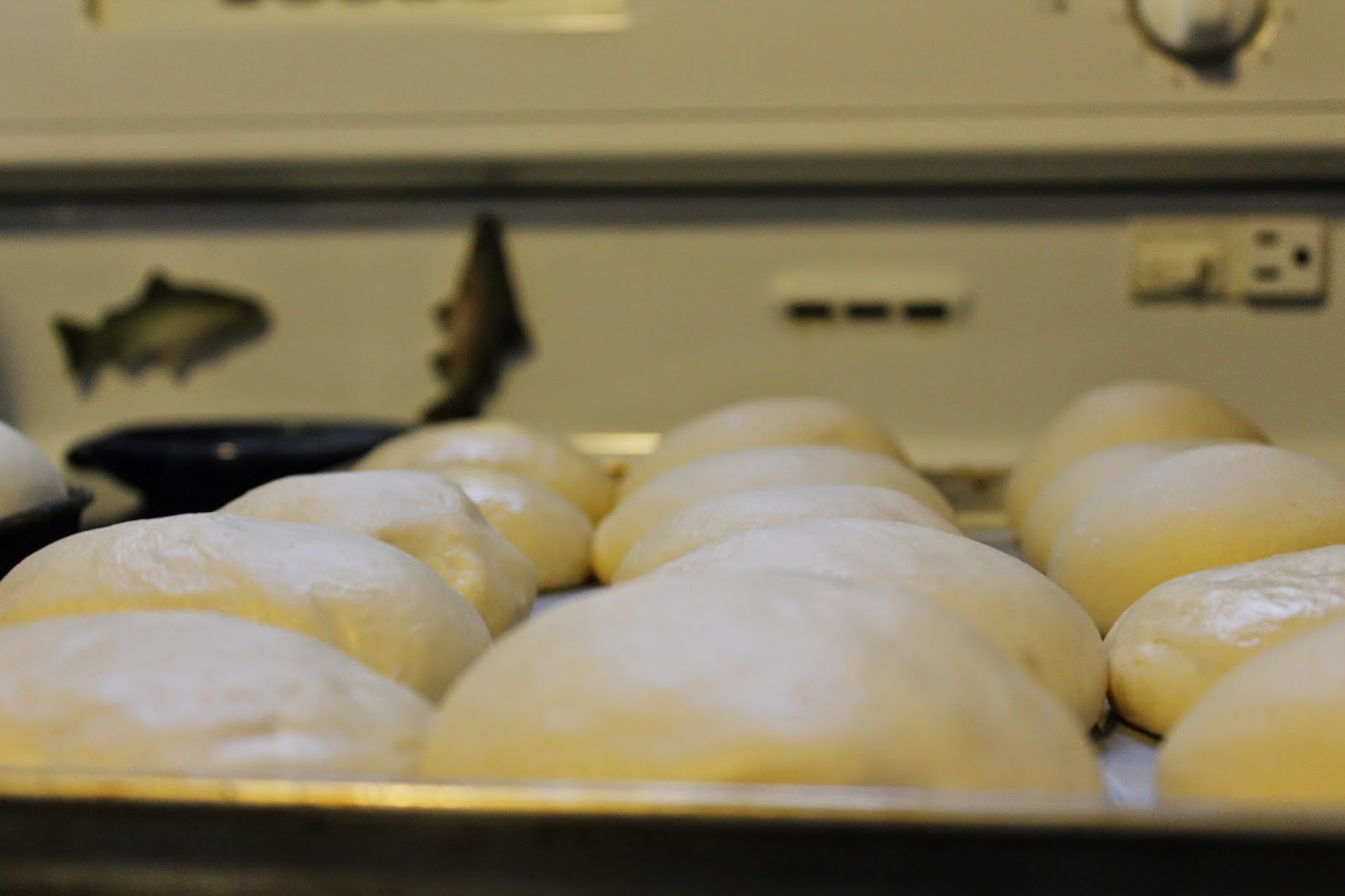 While I baked buns, and waited for them to rise, the rest of the family played games, including Funny Bunny! 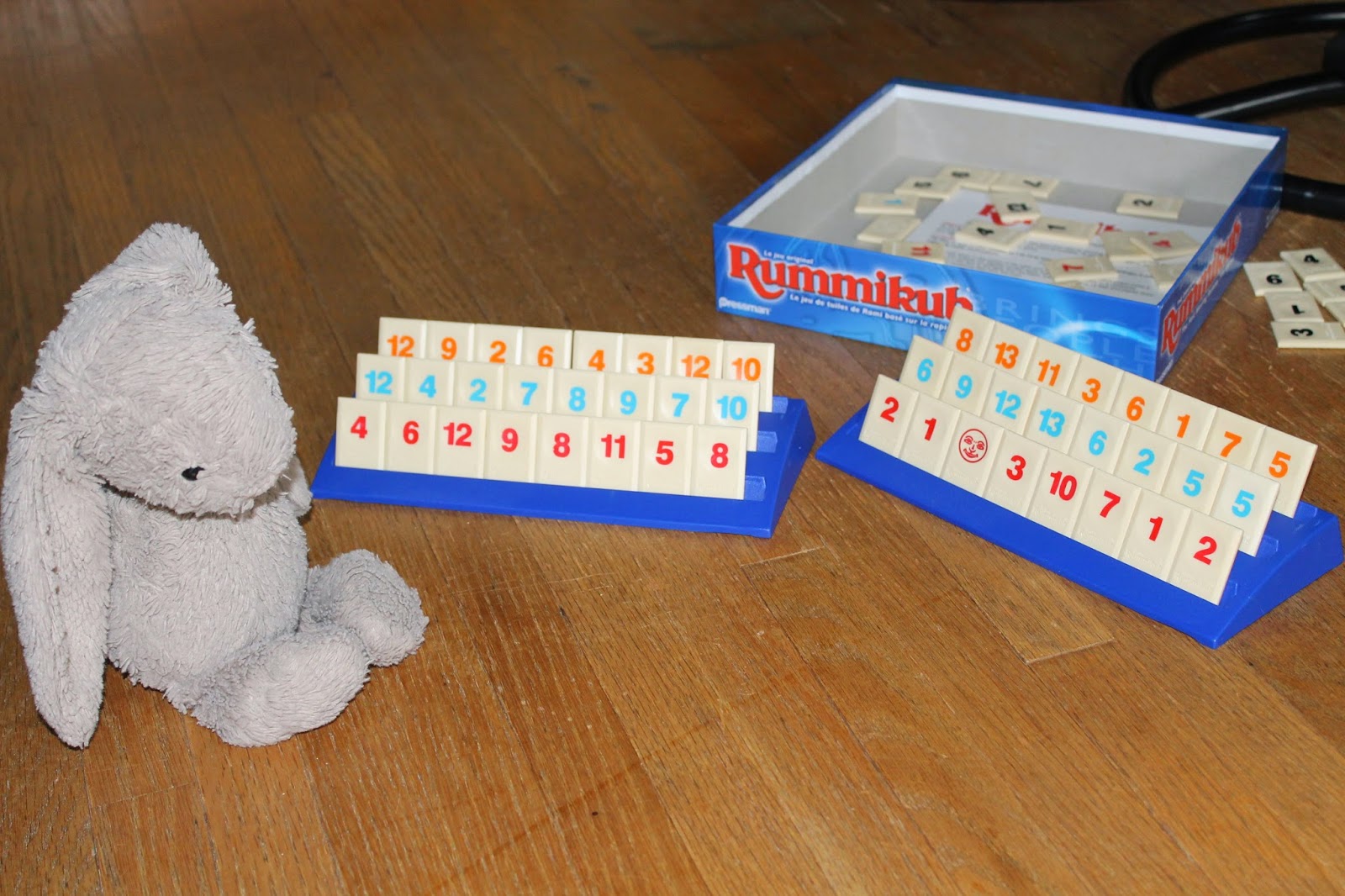 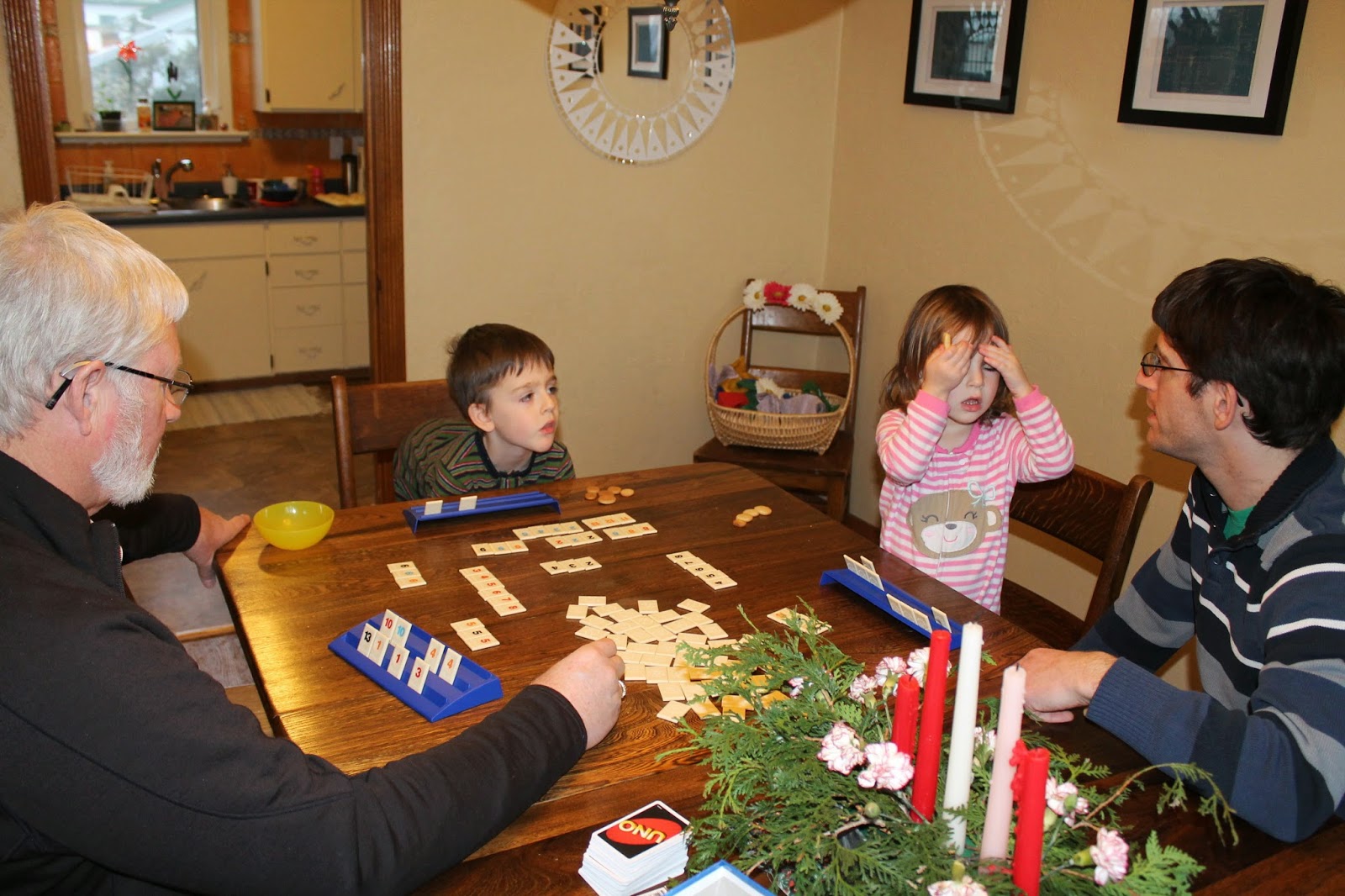 Finally, Mom declared the buns weren't actually going to rise much more, and deemed them ready for the oven. After twenty minutes the first pan came out, steaming hot. Since about half the pan was gone by the time the next pan came out, I will assume, that despite their misshapen forms, they didn't taste that bad. 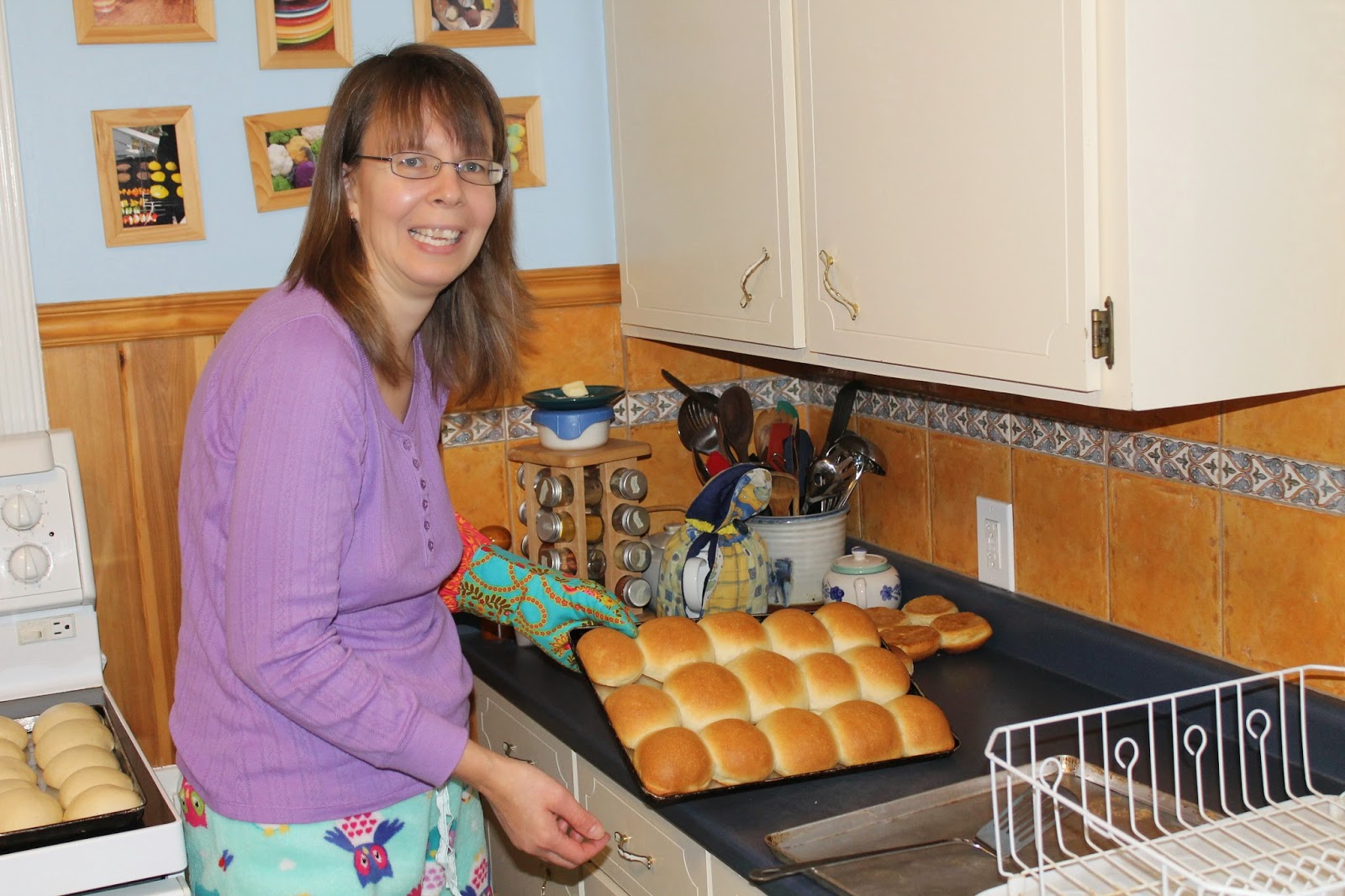 I doubt I will ever match the number of buns my mom has made, but given that I've made a resolution to bake at least a batch a month this year, I will hopefully get around to making about 720 buns this year. I'm guessing by year-end they will look a lot more like Mom's. After all, practice makes perfect. And this will be some yummy practicing :)
Posted by Natasha at 11:39