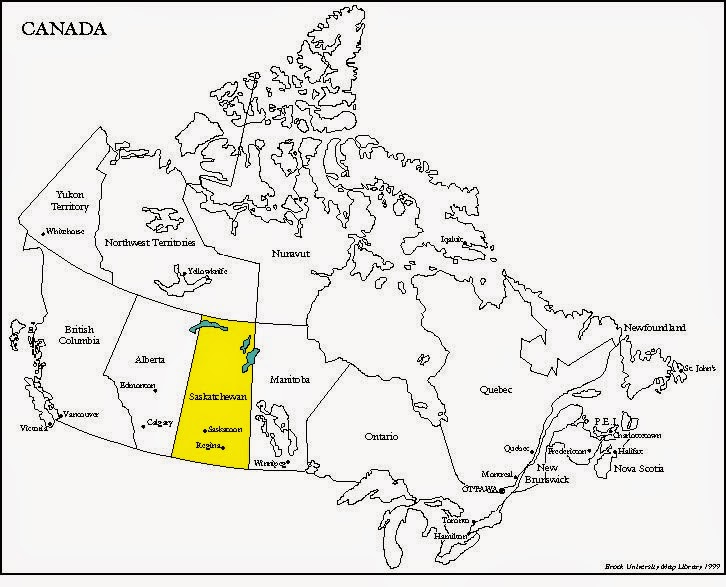 image from here
highlighting added by me
The first province I am going to talk about is Saskatchewan because it is the best province I grew up there. Saskatchewan is one of the three Prairie provinces and most people, many Canadians at least, think it is a flat, wheat filled, wasteland but there is so much more to Saskatchewan than that. 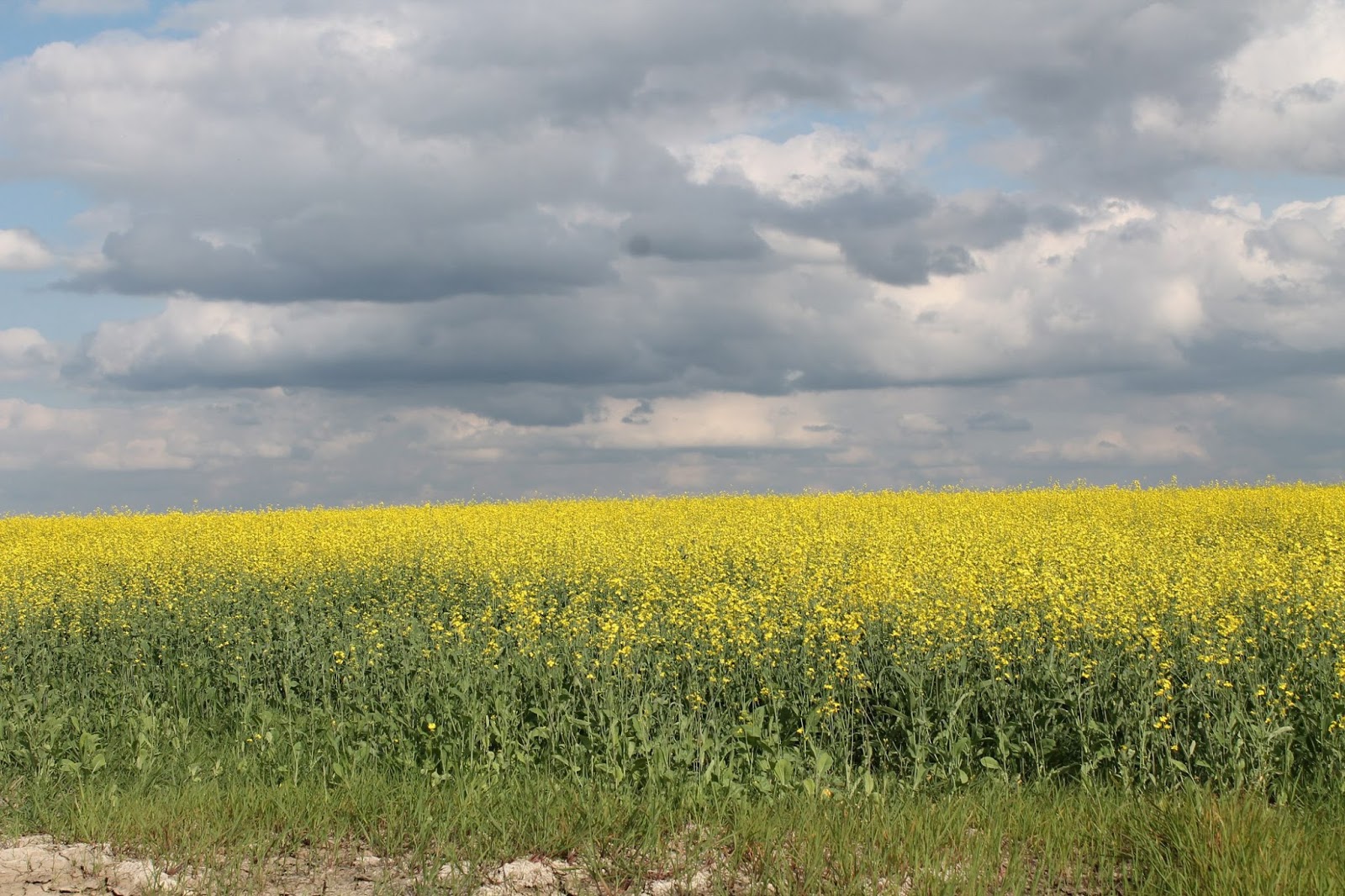 I find a field of canola in bloom against a grey Saskatchewan sky a beautiful sight.

Saskatchewan officially became a part of Canada in 1905, however its history started well before that. In 1690, Henry Kelsey became the first European to reach what is now called Saskatchewan. At that time it was known as Rupert's Land and was controlled by the Hudson's Bay Company. Before Kelsey reached Saskatchewan though, First Nations people had lived there for thousands of years. There was a huge fur trade with beaver pelts being most in demand. The Hudson's Bay Company facilitated getting the beaver pelts from the traders back to Europe.

By the way, the Hudson's Bay Company is still in existence (as a chain of department stores) and is the oldest commercial corporation in North America, and one of the oldest in the world. I thought this fact was really interesting until I checked out the link to the oldest companies and found that Japan and Europe have been doing business a lot longer than we in North America have!) Until 2008, when it was bought by an American firm, it was Canadian owned. (information from Wikipedia)

In 1869, Canada (which had only become a country two years before) gained control of this territory and it was a part of the Northwest Territories. The First Nations people did not want to become a part of Canada and there was a huge rebellion. I grew up about 45 minutes from one of the major sites of this rebellions (Batoche) and we would go on school trips to learn the history and see 100 year old bullet holes, which at the time, was really neat! By the 1880s most of the First Nations people were living on reserves and settlers from Eastern Canada and Europe were invited to Saskatchewan to settle down and farm.

In the 1930s The Great Depression hit Saskatchewan, as well as most of the rest of the western world. In Saskatchewan a prominent feature of this era was a huge drought, as well as dust storms, and so the 30s are known as "The Dirty Thirties." The effects of the 1930s lasted well beyond that decade, and for decades afterward many people were still too poor to see a doctor. In 1962, Saskatchewan became the first province to set up publicly funded medical care, paid for by provincial tax dollars. Within ten years this program had gone national. 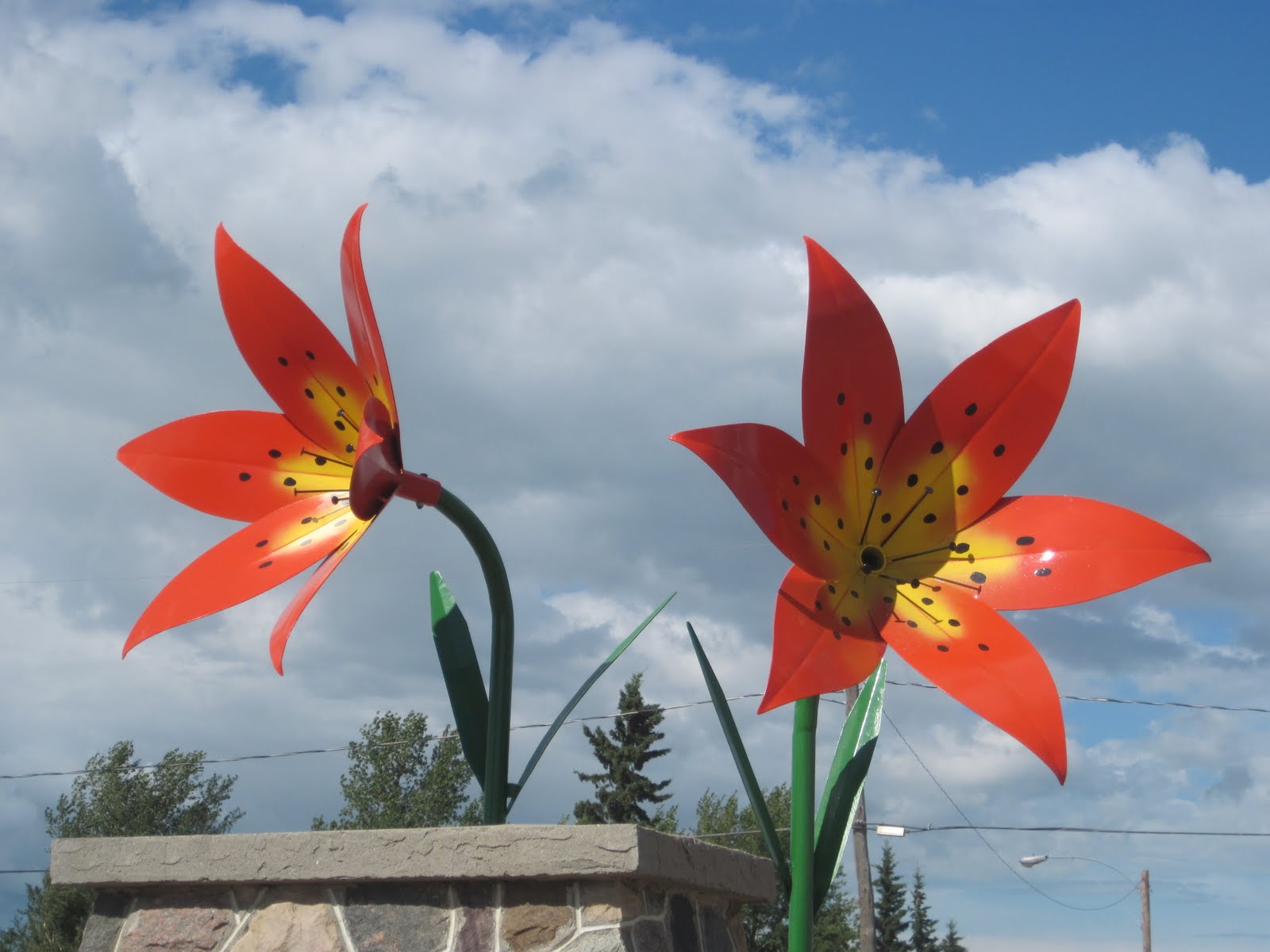 A statue of Prairie lilies.

Saskatchewan, in a good year (not too dry, not too wet), produces more than half of Canada's wheat, as well as most of Canada's wild rice. It is also the world's largest exporter of seeds for making mustard. Not only does Saskatchewan produce things from above ground, but from underground too. Mines produce more uranium than anywhere else in the world, and it is Canada's second largest producer of oil. There is also a lot of potash which is used in making soap and fertilizer. Gold and diamonds have also been found there. 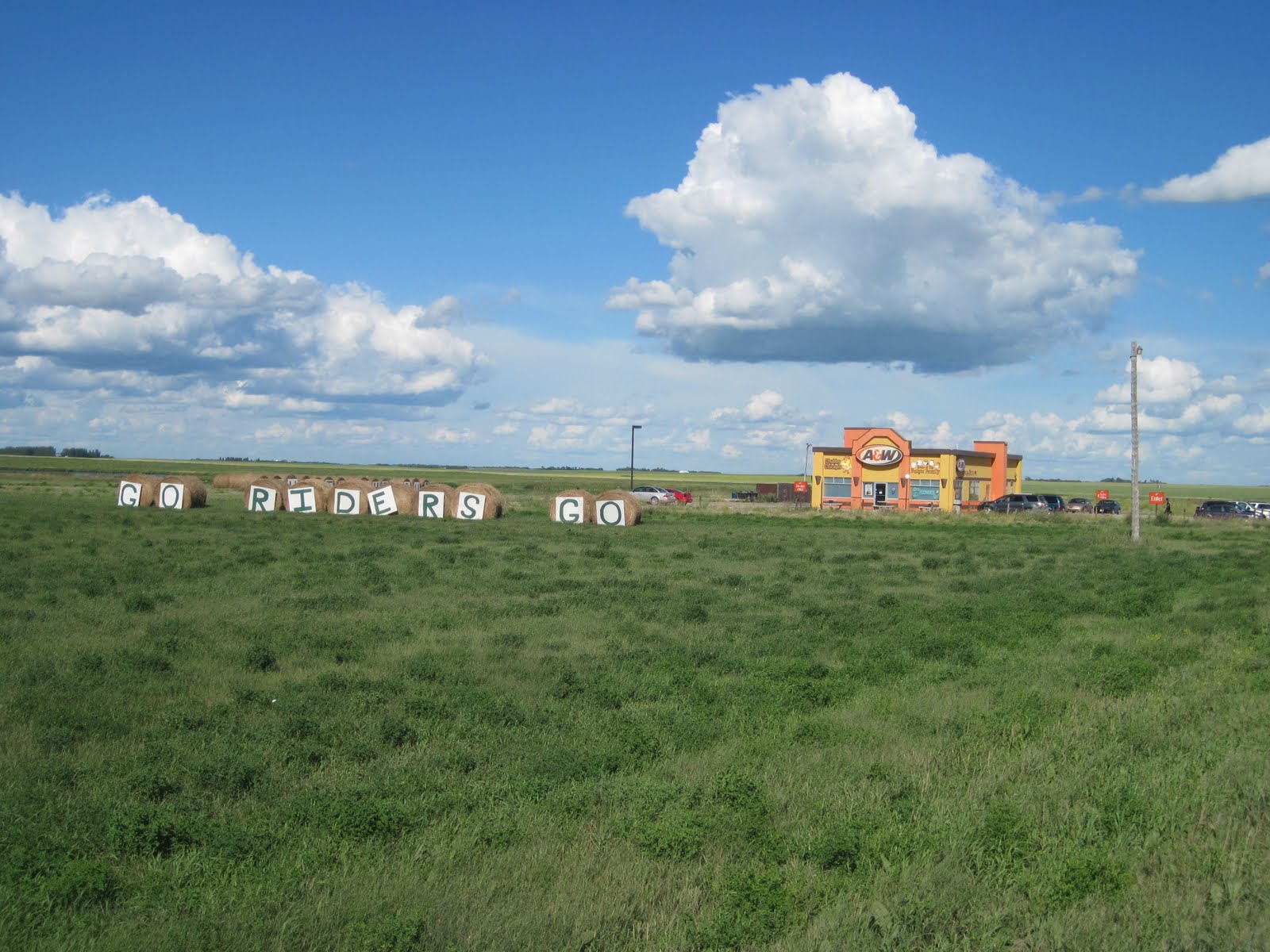 Saskatchewan does have long winters and almost every small town has a ice rink for hockey and curling. It is the centre of town life. We only have one professional sports team, however, and everyone cheers for our Canadian Football League's Saskatchewan Roughriders!!! You may have heard me mention them a time (or twenty!) before :) You can read about a trip we made to watch a Riders' practice here. 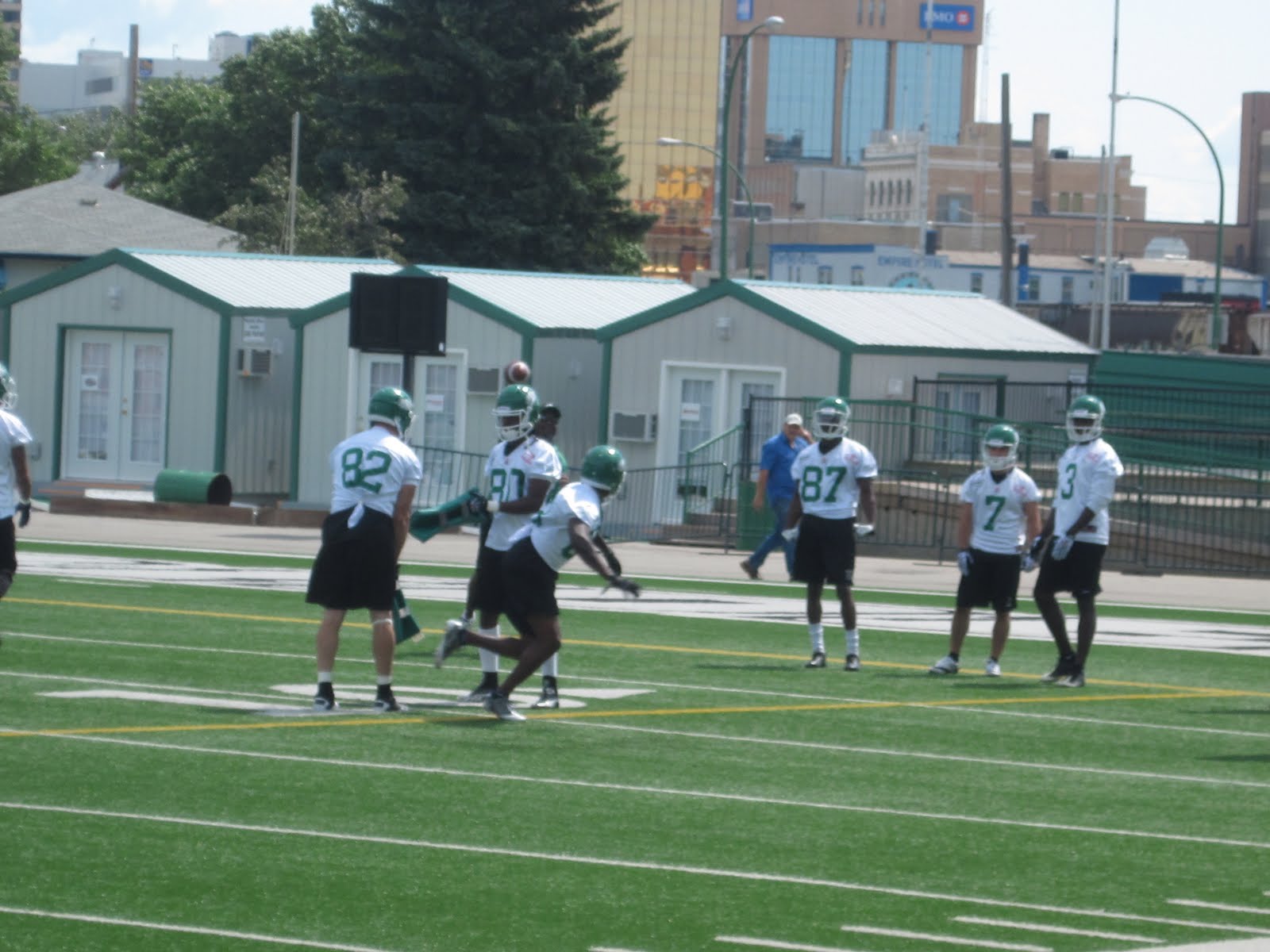 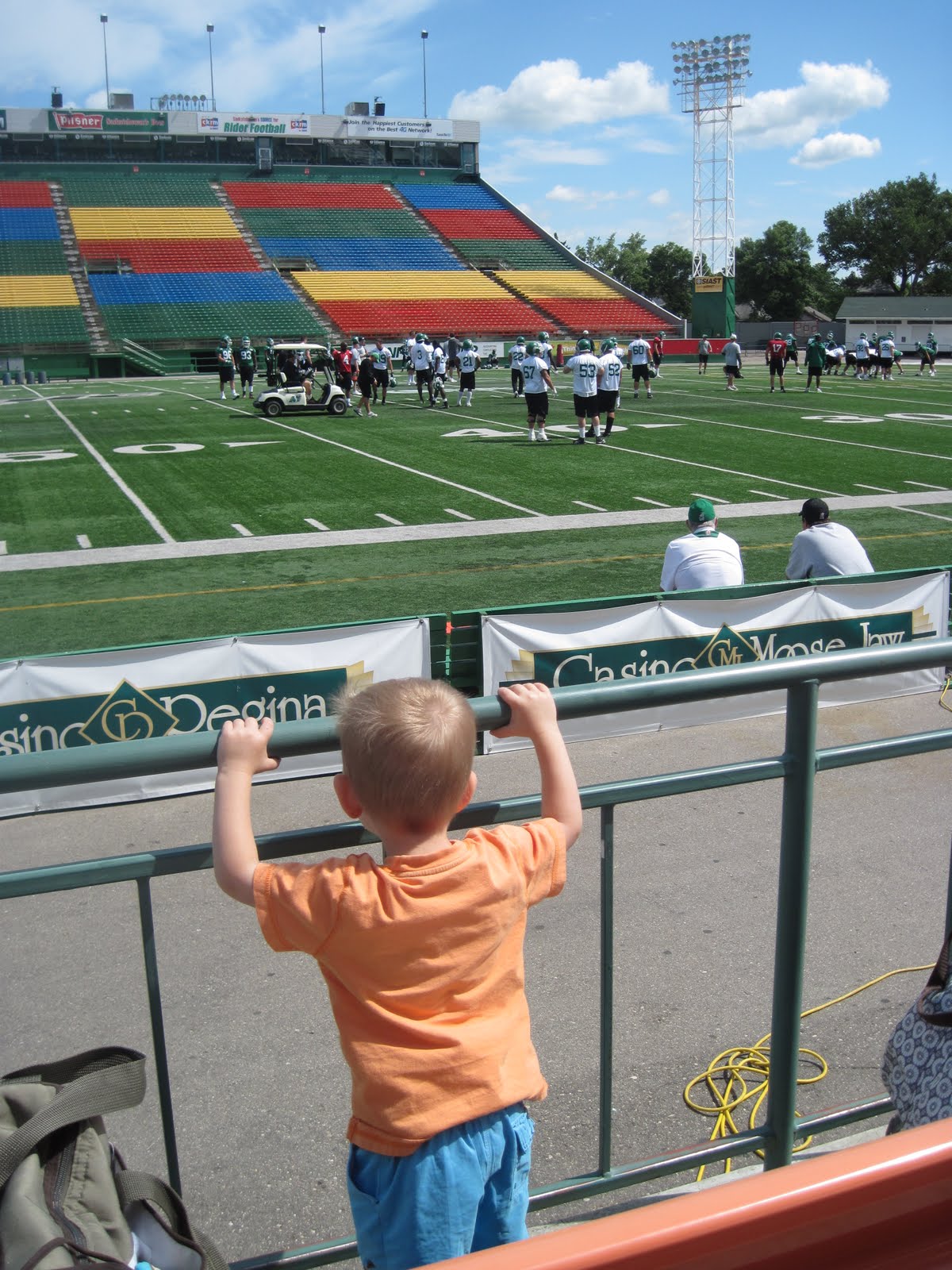 The Northwest Mounted Police (NWMP) were formed in 1874 in Saskatchewan as a result of a rampage in which American whisky traders, who were drunk, killed twenty Assiniboine people in their camp. When news of the massacre reached the Canadian government, they formed the NWMP to bring order to the west and force the Americans out. In 1920 the NWMP became the Royal Canadian Mounted Police, a national police force with a presence in every province and territory. They enforce laws and guard important members of the government, including the Prime Minister. And their training centre is in Regina, Saskatchewan's capital. I have some family members who served with the RCMP. You can read about our visit to the RCMP training centre here. 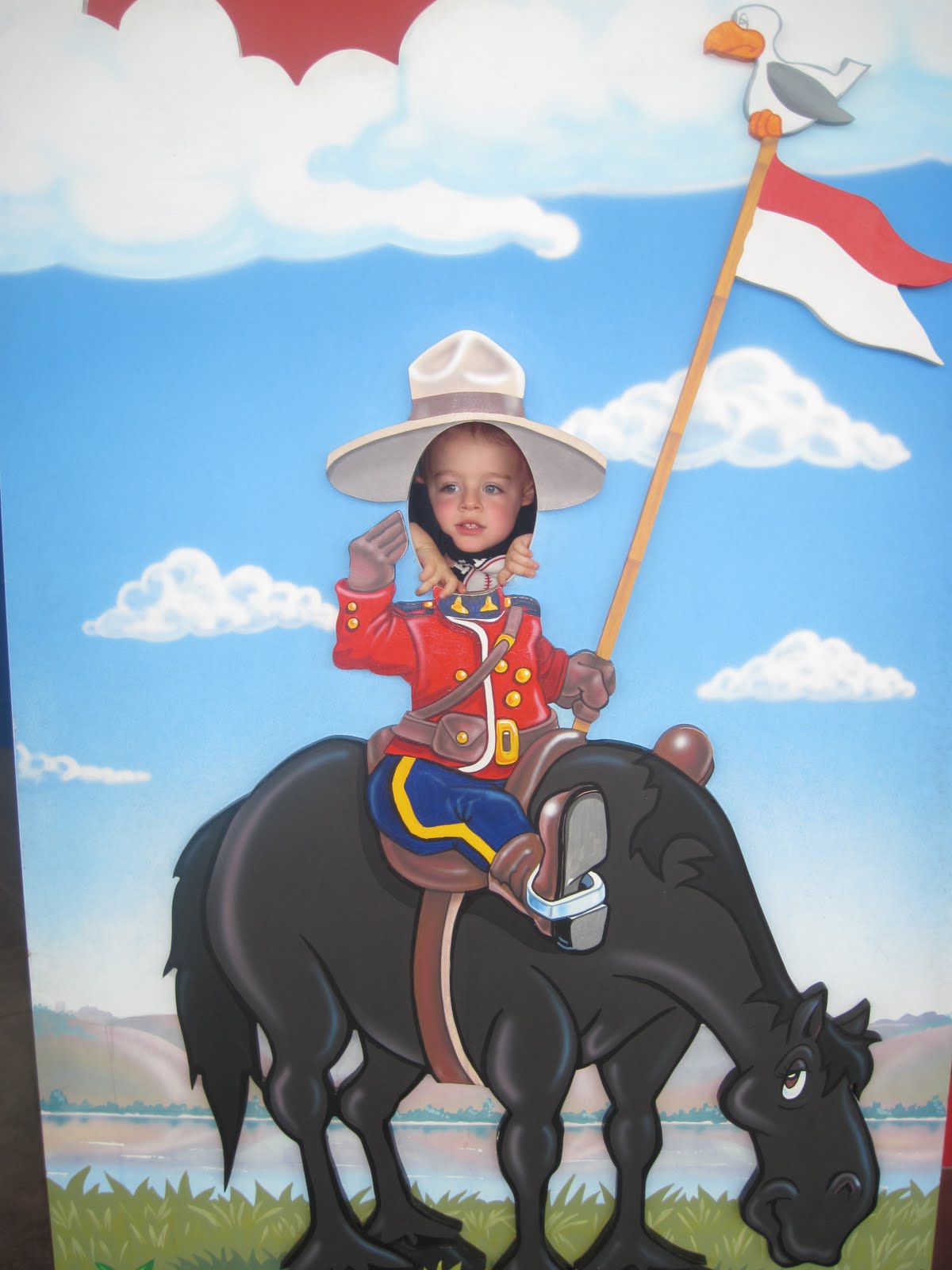 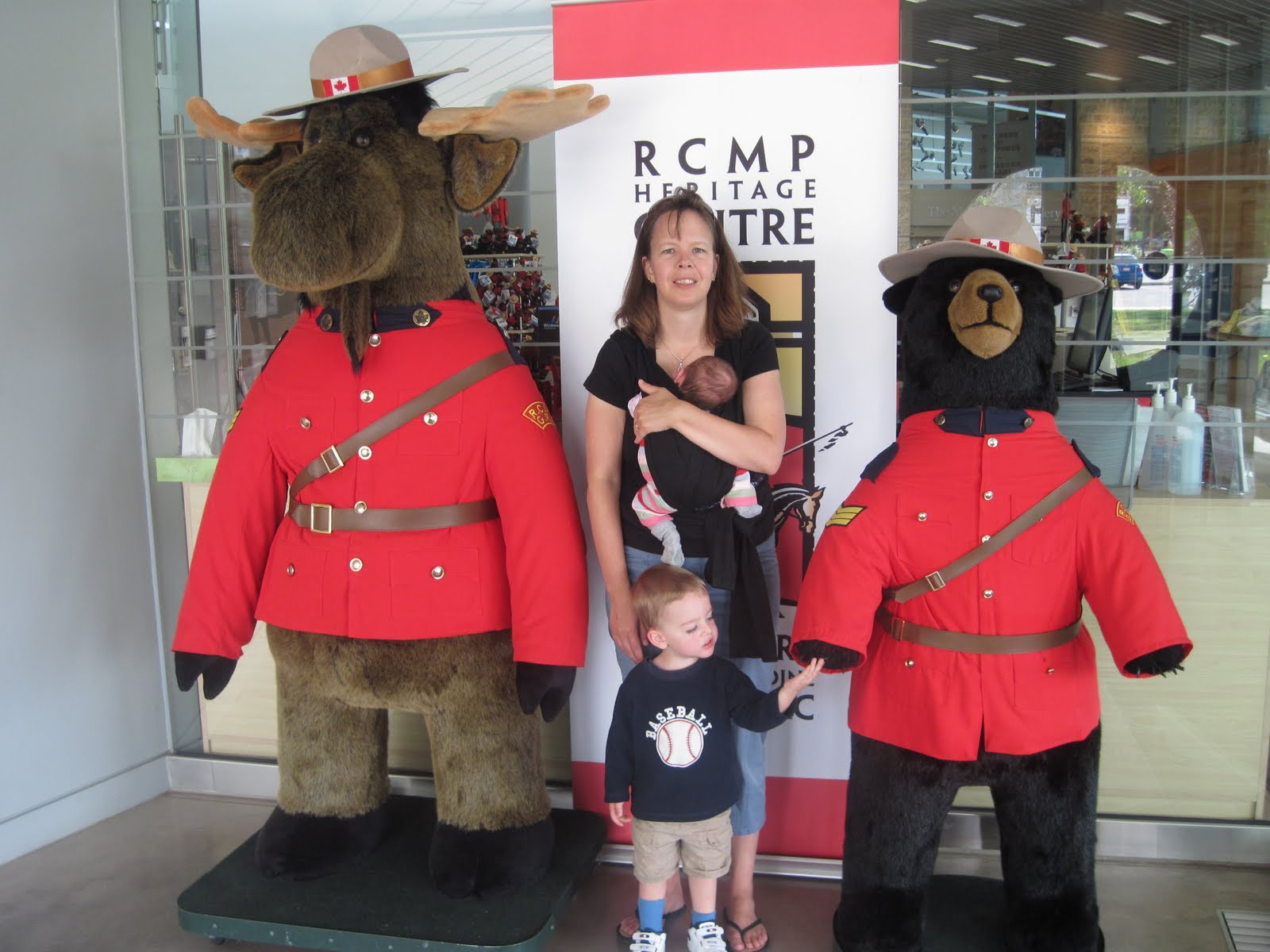 To end I will leave you with a few random facts about Saskatchewan:

Saskatchewan is the only province in Canada which does not observe Daylight Savings Time. I never ever changed my clock until I moved to Ontario when I was 18 and I thought this "playing with time concept -- add an hour, lose an hour" was the most bizarre thing ever.