As my friend, Amy, says, "Good thing I am not paid to do national news or anything. Wednesday's kind of late for breaking weekend news." Well Amy, I've got you beat because it's technically this weekend, and I'm still talking about last weekend. Ha! 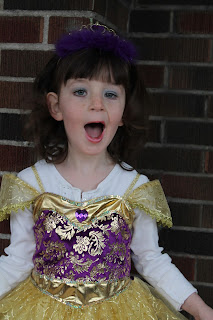 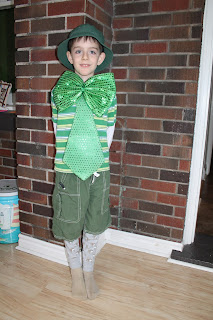 There are two reasons this post is late(r than I had intended):

1) I've been fighting a nasty, horrible cold all week. In fact, it started in earnest last Thursday, and we ended up throwing out our plans for a mini weekend getaway and staying home. And figuring out how to come up with a fun weekend to make it up to the kids.

2) It has been March Break this past week so I've either been a) working, b) sleeping, or c) watching four kids. And since it's been so cold outside I will declare that it has neither been "March" nor a "break," at least not for me.

So what did we end up doing last weekend? On Friday night Dave took the kids to the Purim party at the synagogue. You can read more about Purim here, but basically it's like Hallowe'en in March. Rachel dressed up as a princess (in case you couldn't guess) and Sam took inspiration from a musical we saw a few weekends ago and went as the Guard from Emerald City from The Wizard of Oz.

I stayed home and acted like someone who has a horrible, nasty cold.

Saturday was one of our favourite days of the year in our city. It was CANstruction! We went to the mall to check out all the structures. As Canada is celebrating its 150th Birthday this year, there were many Canadiana themes, like the beaver dam below, which I LOVED! 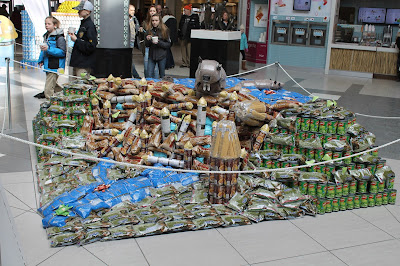 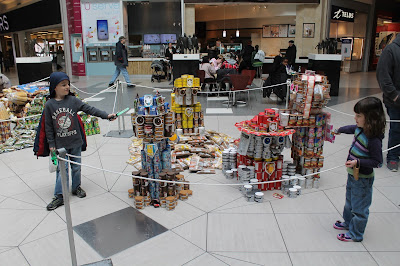 The drawbridge and the dragon on this castle actually moved. It was super-cool! 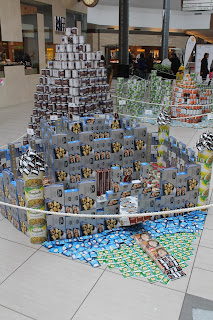 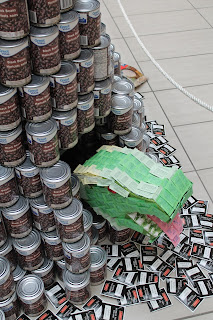 This voyageur was another piece of Canadiana which I loved! 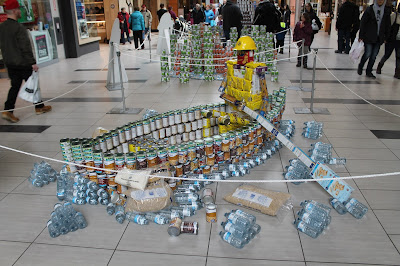 I also liked the train and the scene of Niagara Falls. It just amazes me what (imaginative) people can build out of cans and boxes of food! 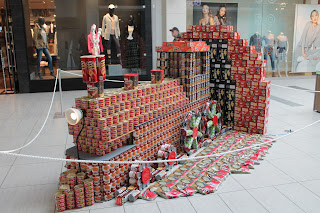 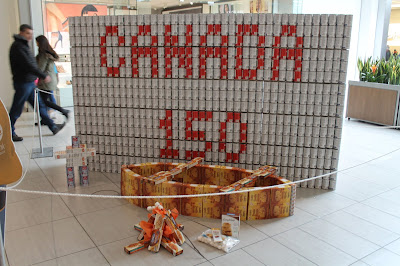 But I think the winner for my absolute favourite structure this year was the one below: 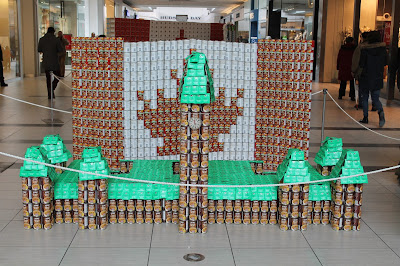 I think they did a pretty good job of re-creating our Parliament Buildings, don't you? 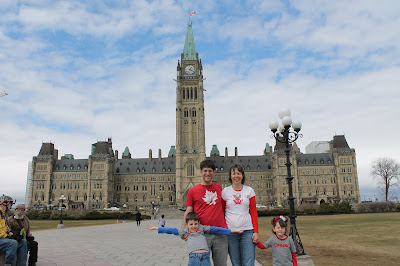 us in front of the (non-canned food) Parliament Buildings, April 2016

On Saturday night, Dave took the kids bowling. They LOVED it! And they've been asking to go again ever since. 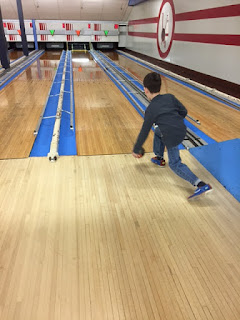 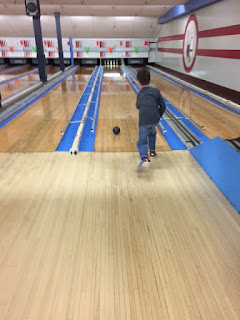 And on Sunday, while I once again, stayed home and rested (and finished our road trip book from this past summer -- yay!), Dave took the kids to a board games cafe. While our weekend didn't look like what we thought it would, the kids ended up having a blast! And we still have our mini getaway to look forward to. We just postponed it by a few weeks.

And now, after all that excitement, it's the weekend again. Yay!
Posted by Natasha at 08:40

Labels: Celebrating Holidays, Judaism, Kruisin' KW, We Are Healthy (Or Not)