The Weekend What: Part Two

So here it is, Thursday already, and I am just finishing telling you about our weekend. On the bright side, at least I'm finishing it up before the coming weekend starts.

Sunday started with me worship leading at church. It was a crazy service to put together because it involved a bunch of musicians (who I didn't have to organize, thankfully!) and I wanted to get different ages involved. Sam and his two friends lit the Advent candles and some of the teens I am close to read scripture. It was nice to feel a little more connected to the worship service as Sam and Rachel actually paid more attention than normal.

Then we came home and got ready to celebrate Chanukah with Dave's family. 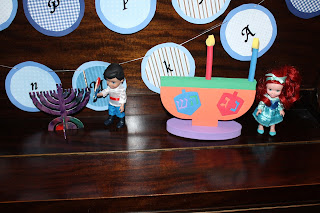 Dave's parents gave Rachel a trunk of princess dresses and she immediately put one on. Then she gave Dave's parents accessories so they were appropriately attired for the picture! 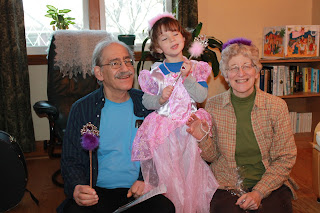 They gave Sam a book abut baseball through the years and he's read a bunch of it already. It's baseball! It's facts! It's reading! It's all Sam's favourite things in one tidy package. Auntie Bobbi also sent along some presents for the kids and Sam got a 3-in-1 Lego set.

I had made a casserole for supper and Dave fried latkes. Unfortunately, the traditional "fire alarm going off during the latke frying" this year lasted for a good ten minutes while Dave and I tried, unsuccessfully, to figure out how to turn it off and everyone else tried to hold open doors and windows to air out the house. Let's just say, it did not make for a celebratory supper :)

After supper, we headed to our city square for the lighting of the region's biggest menorah. It was nice to experience that with Dave's family. 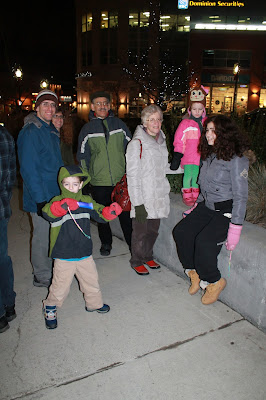 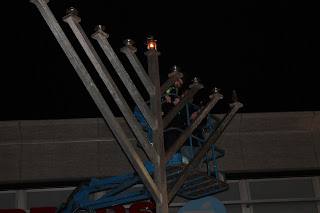 When we got home, Sam continued to work on his Lego and Rachel did some modeling of her new dress. 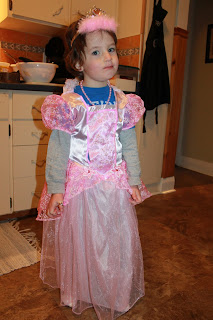 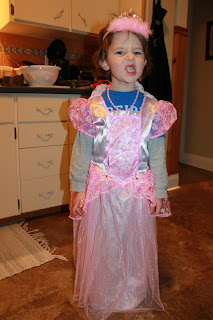 And that was the rest of our weekend. It was celebratory, fun, exhausting, loud, and a little crazy. I'm telling myself that things will slow down in January and I should enjoy this while I can.

Please tell me things will slow down in January, even if it's a lie. Or at least let me hold on to the illusion just a little longer :)

Sam did have his appointment yesterday and it turns out he does need some minor surgery in the spring. It will be day surgery and then he will be off school for a week recovering. Thanks for your thoughts and prayers.
Posted by Natasha at 08:06