41 Before 41: Another One Bites The Dust

So seeing Cars was not the original plan for today, but the original plan for today fell through due to me overlooking a small, minor, detail and not realizing that the Kinderconcert we were taking Sam to today (his first "symphony" concert) was at the Waterloo Region Museum (formerly named Doon Heritage Crossroads) and not at The Museum (formerly named The Children's Museum). Nor was it at the City of Waterloo Museum. Okay, KW, we only have three museums and you basically name them all the same thing?!?! I don't think the fact I screwed up was entirely my fault. sigh. And I did feel better that I wasn't the only person who seemed to have made this mistake. Anyways, that's not the point of this post...

The point of this post is that I was bummed and Sam was disappointed and we needed cheering up. So I hyped up the fact that we could watch Cars! And eat nachos! And have fun! And I bribed him by letting him pick out a treat at Shopper's. He chose Smarties. Again, not the point of this post... 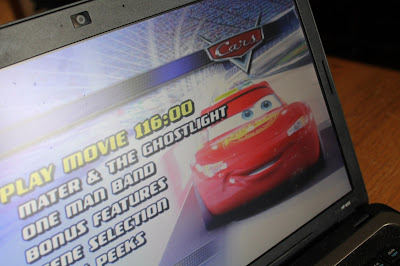 And we had nachos!
(Dave and I have had nachos and DVD nights (or afternoons)
since... forever! It's definitely one of our traditions.) 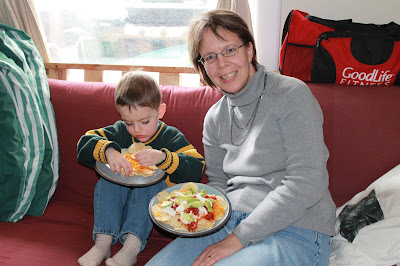 We did "Cheers!" with our nachos. 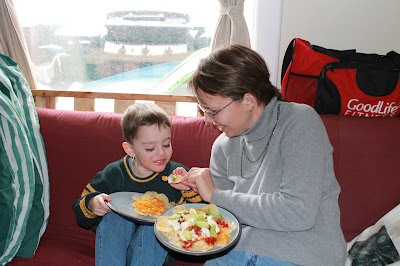 Then we ate our nachos. 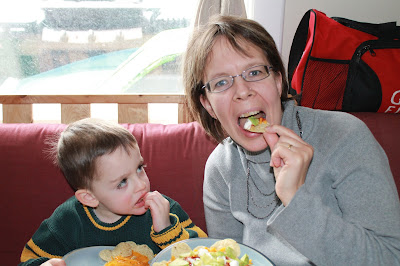 And we got very into the movie. 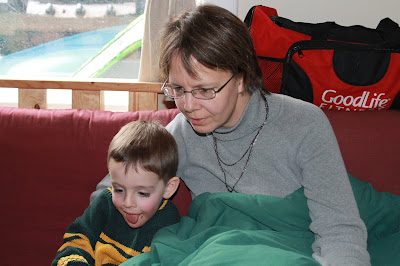 And I can't believe it's been around for almost seven years and I'd never seen it before. It was well worth it. And now I want to travel Route 66. Another thing to add to my list of "Places I Want To Go To!"
Posted by Natasha at 22:38