Show Us Your Life: Traditions

Kelly is doing a special SUYL today about holiday traditions. We are still figuring ours out but here are some things we have done over the past few years to celebrate both Chanukah and Christmas.

For Chanukah Dave always makes latkes (and wears the same sweater and apron apparently, even though he is in a different province in each picture!). In order the pictures are from 2008 in Saskatchewan at my parents', 2010 in Edmonton and 2012 in Kitchener! 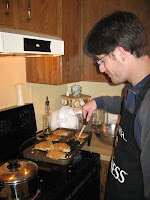 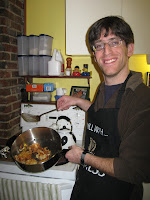 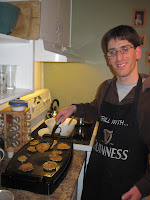 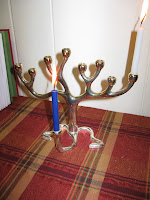 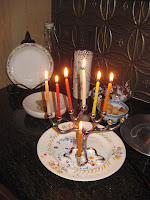 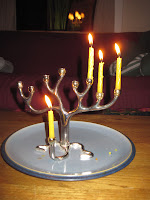 For the past three years we've had a Christmas party with my New Mom's group in Edmonton. These pictures are the original kids in 2009 and 2011. I don't have a picture from 2010 :( And then the siblings are also pictured in 2011. We really miss this group of friends now that we've moved. 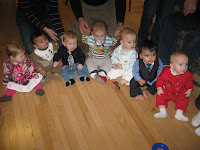 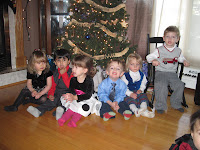 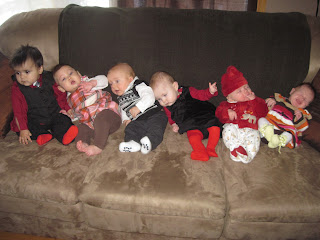 Christmas morning we always take a picture in front of the tree in our pjs. And apparently I have a  tradition of wearing the same pajama top! Ha ha ha! The pictures are from 2009, 2010 and 2011. 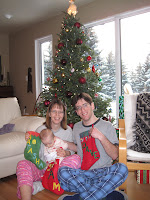 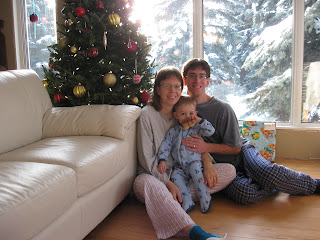 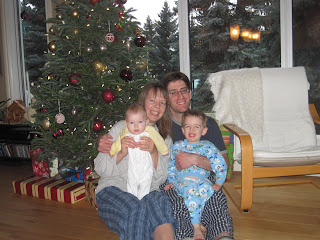 And then Christmas evening we always take a picture of us all dressed up for Christmas dinner. I love that last year Sam was totally uncooperative both for dressing up for dinner and for being in the picture! 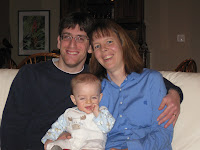 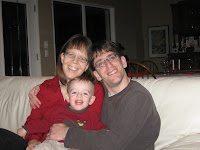 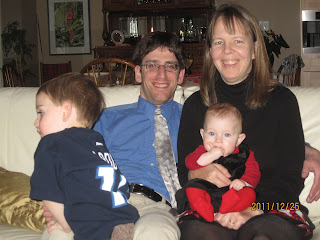 A couple of other things we do is that we always find a way to give back, either by donating to the food bank or to a toy drive. We've gotten Sam as involved as possible in shopping for hats, socks and mittens, picking out baby food or putting together school kits.

And this year we are (retroactively) giving our kids a special ornament commemorating something from that year. This is something my parents did and I loved it. And I love all my yearly ornaments too! At some point post-Christmas I will post pictures of Sam and Rachel's ornaments.

Another thing my family did as a kid was having a Christmas Eve party where we got to pig out on junk food and drink pop. I remember it as a special bonding time. Since our church has an early Christmas Eve service (which I hope will become another tradition!), I am hoping to implement the Christmas Eve party with our kids too, although they are still a little young for it.

And we are still figuring out some of our other holiday traditions so I'm looking forward to reading about yours.
Posted by Natasha at 15:47