I Loved It So Much I'm Doing It Again

A few weeks ago I wrote a blog post about the books I'd been reading, rather than just documenting them on Instagram. You can see that post here. I really enjoyed having a bigger space to talk about the books I'd read rather than limiting myself to an Instagram post. So I'm doing it again. I read these book from April 21 - May 4 which is only two weeks but a) I read quickly and b) there was a readathon in there :) 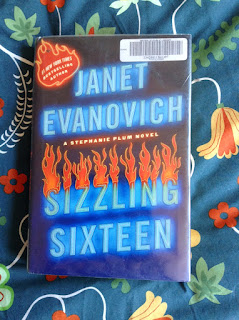 I got into the Stephanie Plum series by Janet Evanovich last summer. She is my go-to light read. These books are what I turn to when I'm too exhausted to read anything and are a nice "palate cleanse," as it were, between some of the heavier reads below. We all need books like these. 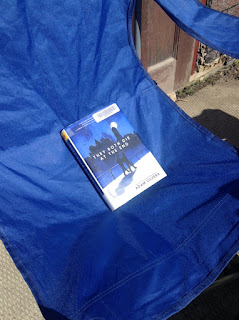 This is not the greatest picture but I really wanted to document that I was READING OUTSIDE!!! Whoo hooo! This book is called They Both Die at the End and the premise is that we now know the day we are going to die. So on your day, you get a phone call and you get to choose how to spend your last day. This book was surprisingly good, knowing that the title was coming true. It also made me really glad that we don't yet have foreknowledge of death because I really just want to spend my last day living life, not dreading death. 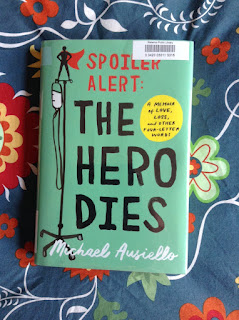 I followed that up with this book. I think Emily recommended it. This is a true story and a love story. It was beautiful and made me cry. It's also pretty liberally sprinkled with swear words which I was able to move beyond but that's a warning for any of you who might be sensitive to that kind of thing. 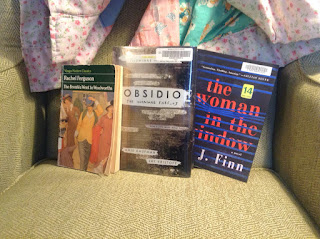 These three books are grouped together because I read them all during the readathon. Obsidio is the third in a science fiction trilogy. It's written in many different formats and I really enjoyed both the way the story was presented as well as the whole trilogy. I loved how this one told a new part of the story and still included characters from the original two books.

My Instagram friend Meg has been recommending The Brontes Went to Woolworths for a few years now. It was a cute novel about a family. If you like Jane Austen, you should read this book.

The Woman in the Window is in the same vein as The Girl on the Train and many books like that. I feel like it is its own genre now, do you know what I mean? Unreliable narrator, bit of a mystery going on, big twist near the end... I feel like these are becoming a bit like WWII novels to me -- each one has just a slightly different perspective which introduces me to something new. This one ventured into the realm of agoraphobia which really opened my eyes to the way in which some people suffer. 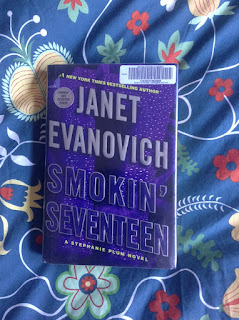 After an intense weekend of reading. I needed a "palate cleanse" again! 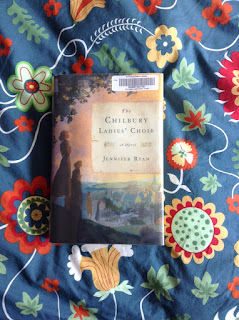 These next two recommendations came from Allena. You should read them too! The Chilbury Ladies' Choir is one of those WWII novels which introduced me to a whole new aspect of the war -- living on the English coast and fearing an imminent Nazi invasion. I guess because we know it didn't happen, I haven't thought a lot about what it was like to have lived with that hanging over your head. I also enjoyed reading about the different women in the village, all with different stories. 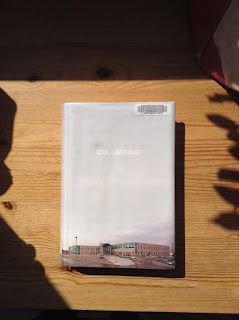 This book is Columbine by Dave Cullen. It is one journalist's well written book about the events leading up to the shooting at Columbine High School in 1999, the shooting itself, and some of the aftermath. I learned a lot reading this book. The main points which stuck with me were 1) the negative role the media played in the telling of the story (and how much of that narrative is what the public remembers today) and 2) how much worse the killers planned for the whole incident it to be. While they ended up killing thirteen people, their plan was to murder thousands.

So whether it's a book to make you think, a book to cleanse your palate, or a book which gives you a new perspective, I think I've read something for everyone these past two weeks!
Posted by Natasha at 13:11