To The Hedge Of Insanity: Part 2

This past weekend was a long weekend in Canada, celebrating the birthday of Queen Victoria who died 116 years ago. It basically kicks off summer in Canada. We decided to spend all day Saturday doing some major yard work.

Last year, we got this hedge removed, professionally. We'd tried to tackle it ourselves and hadn't gotten very far. 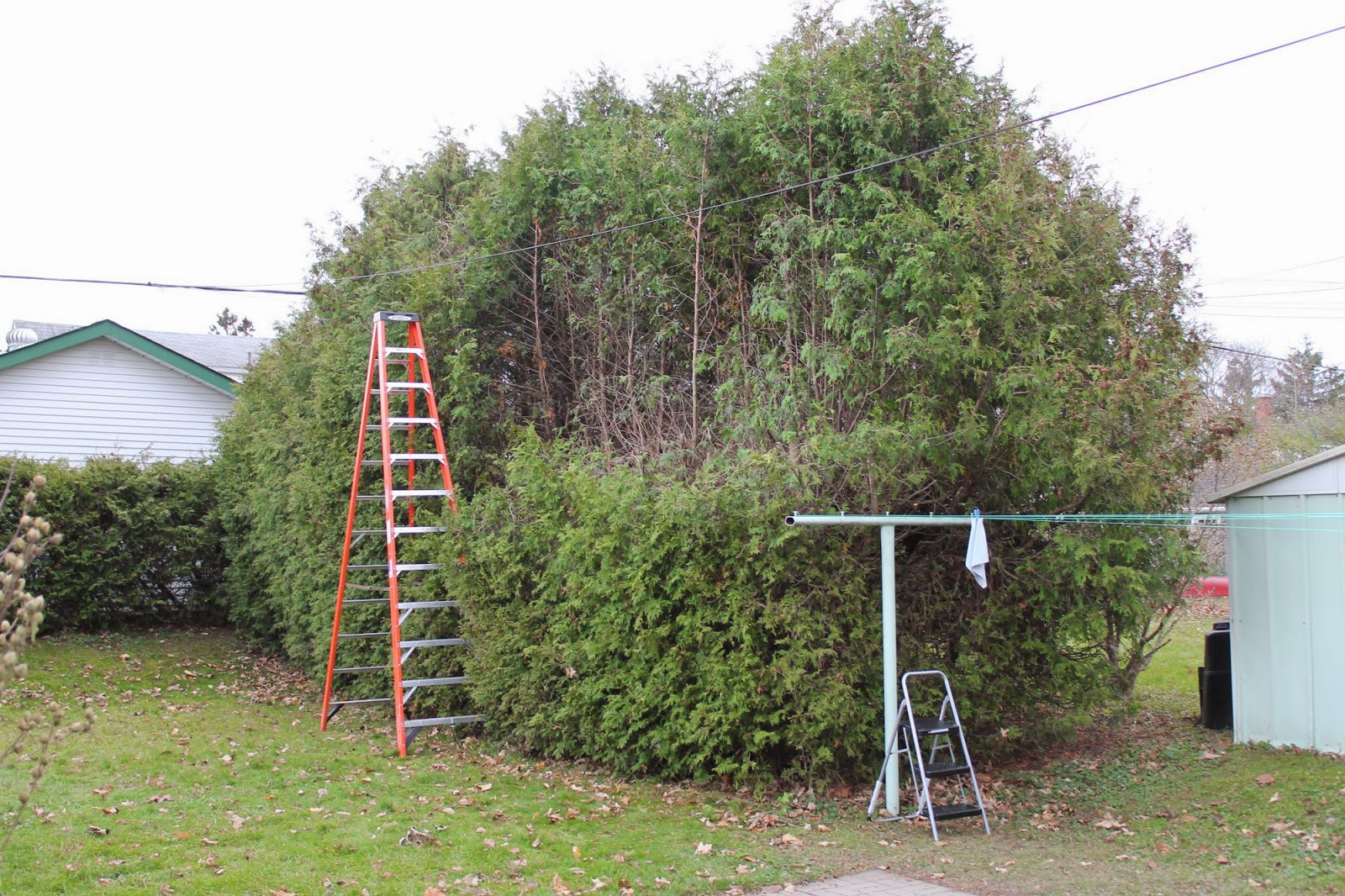 Dave made a valiant attempt at weeding it last year, but honestly, it was just a mess. Our plan had always been to replace it and Saturday was the day. Unfortunately, Dave woke up with a bad back on Saturday (and we have no idea why), but since it was supposed to rain for the rest of the weekend, we tackled it anyways. 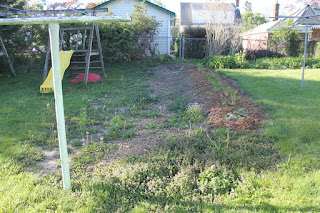 My first priority was to get to Home Depot by 7am to rent a rototiller. I was the second person in line and by the time I left there were fifteen people lined up to rent tools. The early bird gets the worm, or the rototiller, in this case! Ha! 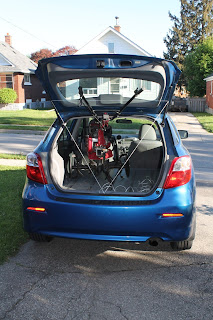 The early bird also has a small car so had to drive home with the trunk open and the four way flashers going. I didn't go any faster than 30km/hr (18mph) which was probably annoying as I was driving in a 60km/hr (38mph) zone.

Dave thought he could rototill but it turned out you need a good back to steer this awkward thing. It was a feat of insanity, but I put my back into it. 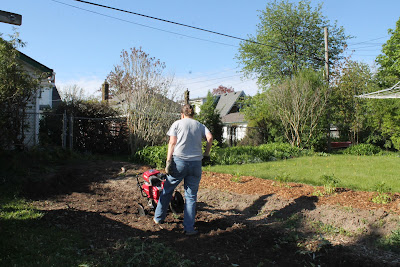 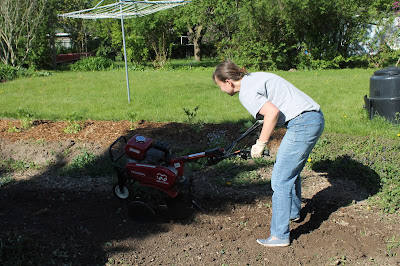 After about an hour and a half, the weed patch was more of a churned up dirt patch. Oh, funny story -- Dave couldn't help me lift the rototiller out of the car so I called our friend who lives around the corner to help. He was heading out of town, so when it came time to lift the rototiller back into the car, I walked halfway down the block to where two of our neighbours were talking. I explained the situation and one of them came to help. I can't remember if his name was Dean or Brian but it turned out he was killing time until he had to leave to catch an airplane to France to get married. Thanks Dean (or Brian) for helping us out on practically your international wedding day. 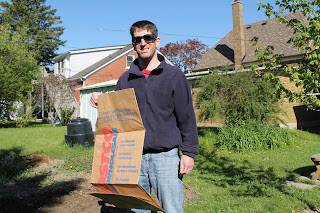 Rachel picked up weed piles and Sam took pictures of Dave holding the yard waste bag. This was about all Dave could do. Ha! 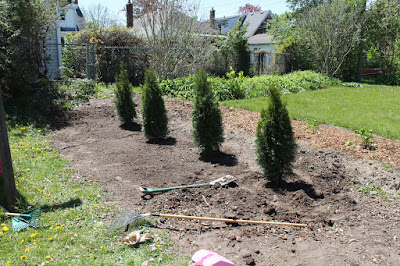 I returned the rototiller back to Home Depot. Unfortunately, we were not professional loaders of the rototiller and it was sliding out the back a bit so I ended up driving with one hand holding the rototiller in the car and the other steering -- still going quite slowly with the four way flashers on. It was a bit of a disaster but everyone (and everything) survived. Yergks.

Then I picked up eight cedars to plant a new hedge. Dave provided moral support (and went to pick up three of the cedars, a sprinkler, and more yard waste bags) while I dug holes. He also took pictures. And made lunch. And fixed the hose. And cleaned out the back of the car.

But I dug eight holes.

Finally the cedars were all planted and it was time to fling the grass seed. We all got in on the act.

Then we set up the sprinkler to water our newly planted trees. 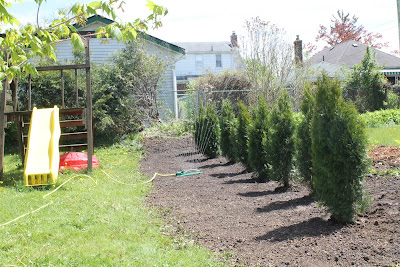 And that is the story of how we went from a weed patch to a hedge, with hopes for grass eventually, in about nine hours. It's also why I spent most of Sunday on the couch. I was sore in places I didn't know I could be sore. But every time I managed to get off the couch, I looked out (through the rain) at the newly planted hedge and told myself it was worth it.

Next time I might wait until Dave can help. Ha!
Posted by Natasha at 07:59

Labels: Things That Grow In My Garden, We Are Healthy (Or Not)