The Target Mothership And A Giant Ball Of Twine

Our trip continued through Wisconsin, where we stopped for lunch at Culver's... 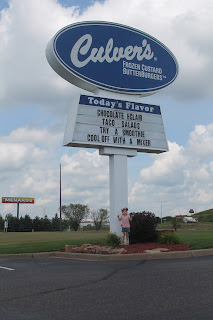 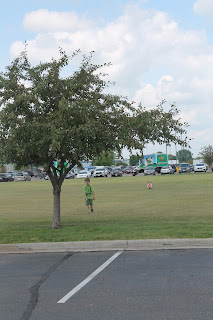 ...and Sam and Rachel had some much-needed run around time.

Our next stop was a Target just outside Minneapolis, which Natasha has been sorely missing since they closed all of their Canadian locations two years ago. Not only was this a chance for her to stop at a Target, but this was the site of the very first Target -- and a Super Target, to boot! 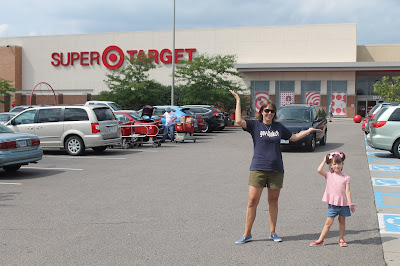 She and Rachel were very excited to check out the "mothership" (as I called it)... 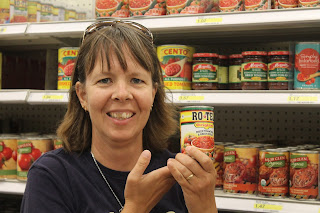 ...and we got to stock up on Ro-Tel -- South Georgia caviar, here we come!

But the highlight of our day (for me, anyway) was still to come. A while back, as Natasha was finding road trip ideas on Pinterest, she happened across a list of unusual tourist attractions in each state. As she looked through the list, she jokingly suggested we check out the "biggest ball of twine in Minnesota." I reacted with shock and enthusiasm -- as a kid, I remember listening to a Weird Al Yankovic song all about said twine ball, and always assumed it something he made up. When I found out that there was a real Biggest Ball of Twine, and it was only 45 minutes out of our way, I knew we had to go there.

So, we turned off the interstate just west of Minneapolis, and headed through small towns and farmland towards Darwin, MN. We finally got there late in the afternoon, and quickly found our way to the Ball of Twine. It was everything I hoped it would be, and more (if that's possible...). 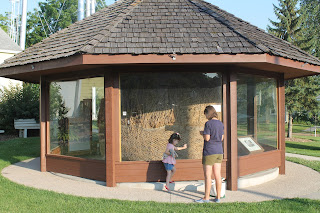 Those of you interested in the competitive world of giant twine balls will be fascinated to learn that this is not actually the biggest ball of twine -- there is a larger one in Cawker City, KS. 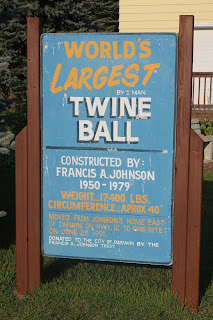 However, this is the biggest one made by one man (Francis Johnson), as the fine print on this sign points out. He created the ball of twine slowly and steadily over the course of 29 years. 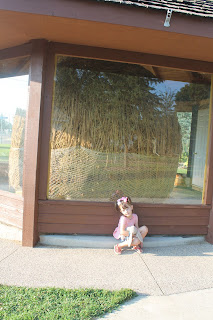 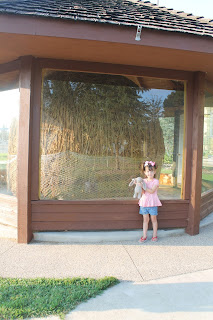 We all had fun checking out the ball, including Funny Bunny!

We were initially disappointed that the gift shop/museum was closed. However, there was a small sign that said we could call Marilyn on evenings or weekends. So, we called her up and within a few minutes she arrived and not only let us in, but gave us a tour of the museum, which included... 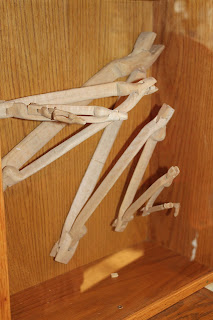 ...very intricate carved pliers that Francis made in his "spare" time, 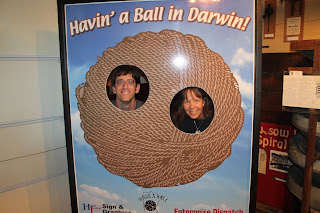 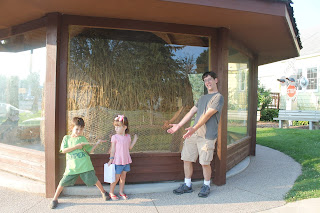 We took a few last pictures at the twine ball... 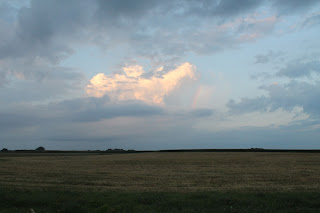 ...and then it was time to head off into the sunset towards North Dakota.