On Saturday was the New Mom's Hallowe'en party where people who can't normally make it to our Tuesday gatherings were invited. Ruth, Erin, Anneke and Aven it was so good to see you guys! And Dads -- it was good to see you too :) 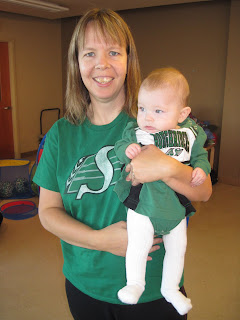 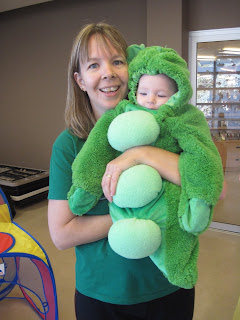 Rachel kind of had two costumes. Our whole family, except for Sam, was dressed in their Roughriders gear! And Rachel was just going to be a Roughriders Cheerleader for Hallowe'en but then I found this pod of peas costume on a great deal at Once Upon A Child and it was so cute I couldn't resist. I mean, come on! Have you EVER seen a cuter pod of peas?!?! 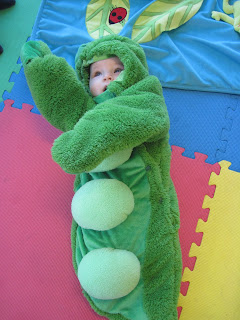 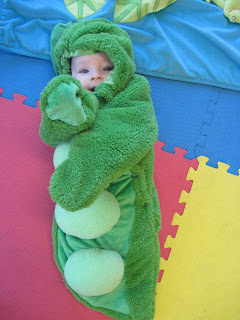 Sam was not as thrilled about his costume. It was very sad since I brought it all the way from Ontario last week. sigh. I realize the picture below isn't the best but it's the best we could get. 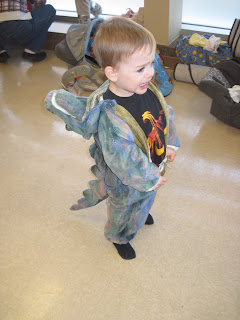 Otherwise, Sam was doing this -- protesting the wearing of his costume. I really don't know what he is so opposed to. 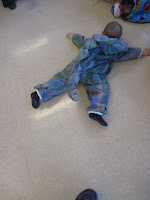 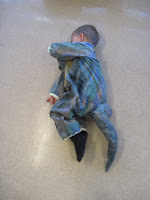 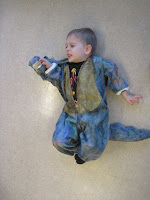 Almost as hard as getting Sam to wear his costume is trying to get to get eight toddlers to wear their costumes and simultaneously pose for a picture. Yeah, it really didn't happen :) 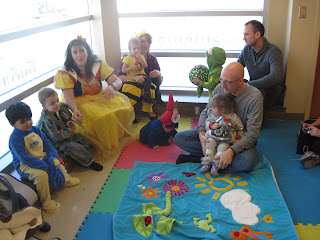 It was much easier to get the babies to pose, although not necessarily to get them happy. And Jenelle got the best costume for Baby Megan -- a pet costume. Otherwise she wouldn't have been able to find one small enough :) Ha ha ha!!! 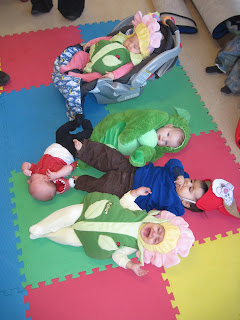 And here's one more picture of Rachel, just because she was 1) so very cute and 2) cooperative! 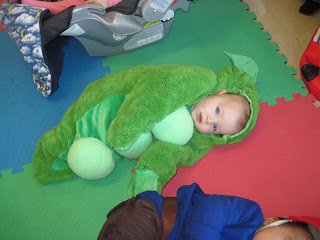 We met at the community room at the Bonnie Doon library and it was so great. A library helper even came in and did a short story time for the toddlers. As you can see, Sam was front and centre for the story time although by the time it came around he was not only costume-less but pants-less as well. That's our son! 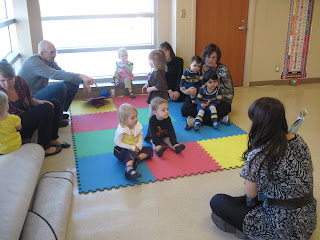 Stay tuned for even more Hallowe'en fun. Next up: Does Sam wear his costume to go trick-or-treating? Only time will tell...
Posted by Natasha at 09:35