So way back in July, we road tripped with some friends to a Jays game in Detroit. We left on Saturday morning and got home late Sunday night. We had no idea what we were going to do in Detroit, but after we got to our hotel, we realized we were a hop, skip, and a jump away from the Detroit river front. And that there was an amazing riverfront walk. 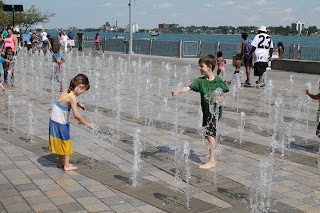 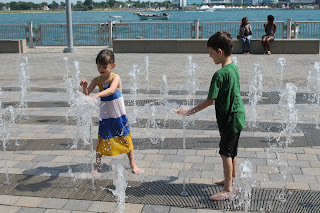 If we had known the river walk had built in fountains, we would have brought bathing suits. However it was hot enough that we dried off fairly quickly and the cold water felt soooo good! 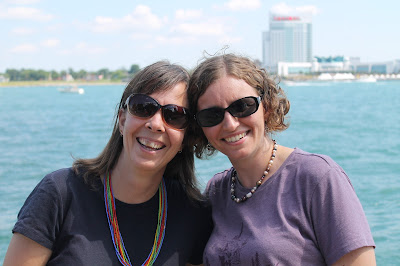 It was fun to do this trip with Jen and Will. Two other friends joined us but they were shopping while the rest of us explored the riverfront. 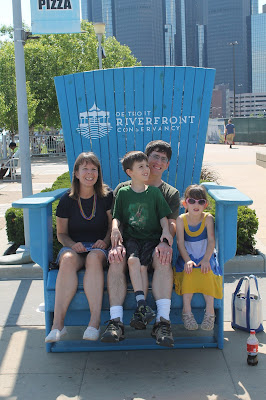 I love posing with all of us on oversized chairs! Although I really need to learn how to sit on these things in a skirt :) 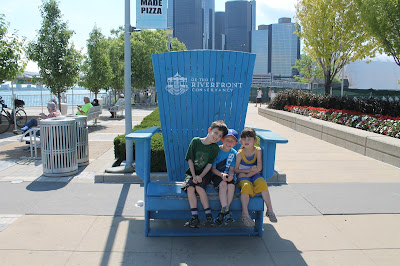 Sam, Will, and Rachel on the big chair. 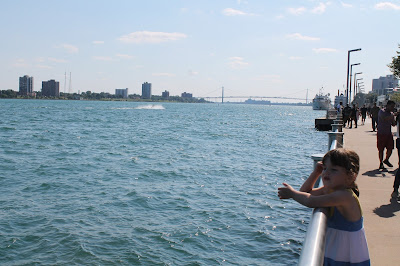 It was so fun to look across the Detroit River and see Canada, Windsor, specifically. Can you tell Rachel was hot?! 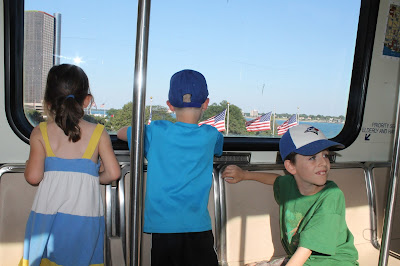 I wish we had had more time to explore Detroit. They have a cool transit system called The People Mover which ran a circuit of Downtown Detroit. We rode it once for fun as there was a stop near our hotel. 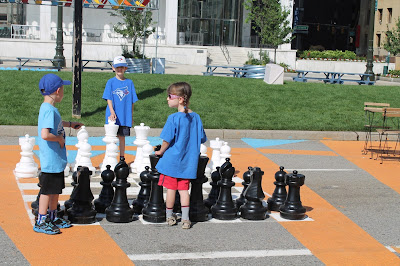 The next morning we had breakfast at a local Starbucks and then meandered slowly over to the stadium. We found some neat places to get pictures. 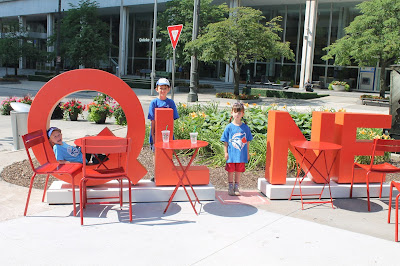 The QLine is another of Detroit's transit systems. 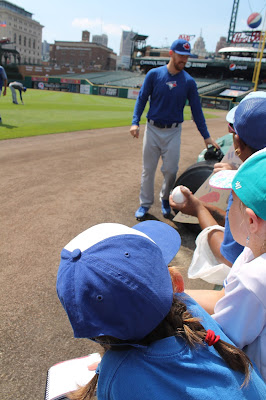 We entered the stadium quite early and Rachel and I rushed to the field to get autographs. Rachel was right in front and Danny Barnes patiently signed all the things our group handed over -- three hats, my autograph book, and a baseball card. 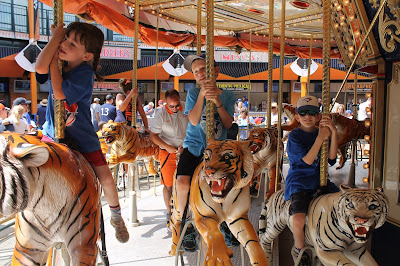 We enjoyed riding the Tiger Carousel. 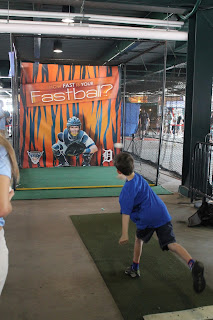 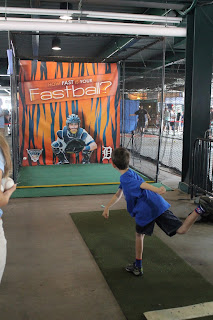 And Sam showed off his pitching skills. 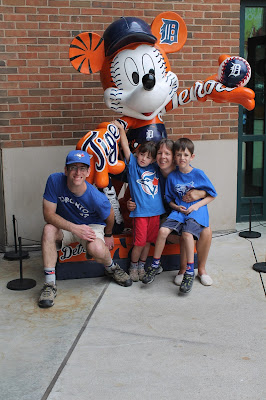 We got a family picture with this tiger.

The game was good but it went into extra innings which sadly, the Jays lost in the 11th. Sigh. However we had a really good time and would love to head to Detroit again. With all the Jays fans coming across the border, it was hard to tell if we were playing at the Skydome or in Detroit -- the cheering was just as loud for both teams!
Posted by Natasha at 07:29

Labels: All About That Base(Ball), Good friends, Traveling