This was the day we visited Disney's private island in The Bahamas. Sadly, it was cool and windy so we didn't go swimming at all. However, we found lots of other things to do and, thanks to lunch being provided, we spent the longest time off the ship this day.

One thing I want to remember for next time is the Castaway Cay 5K. You have to get off the ship first thing to be able to participate but you get a medal. Sadly, I didn't know about this until it was too late and we'd already booked our Frozen gathering for that morning. Next time however I will be out there jogging (Ha! Okay, walking) the 5K. 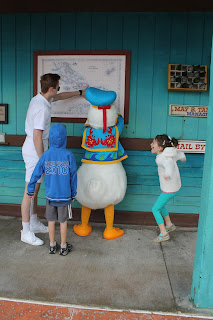 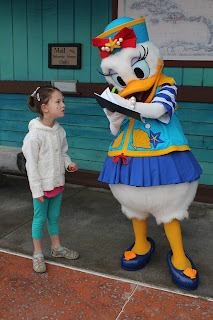 We got off the ship and got to see Donald right away. Rachel was so excited she was jumping! And right after he'd signed the kids' autograph books and posed for pictures, Daisy showed up and we got to see her too.

I was really sad because Donald and Daisy did a quick kiss as they changed places but some other kids were in the way so I didn't want to take pictures. But then they wouldn't do it again. I learned that the Disney couples aren't supposed to pose together and we were really fortunate to witness a cute interaction. I was still bummed about the lack of the picture though :( 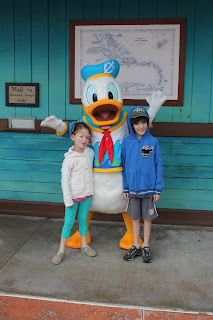 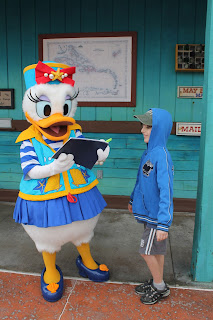 Dave didn't pose with a lot of the characters but for some reason he wanted his own picture with Daisy. And then she started flirting with him and Dave and I were completely laughing. Daisy was pretending to be abashed and it was really funny! 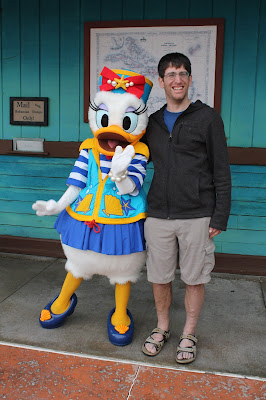 Now we're officially on Castaway Cay! I have to give Disney props for doing such a great job with... well, props! Ha! But they really set a fun scene. 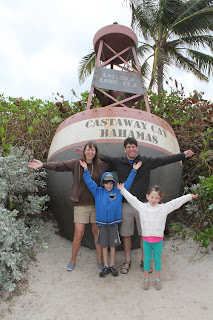 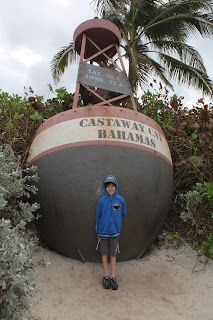 Everything on the island, except excursions, alcoholic drinks, and souvenirs, is free. We opted to walk instead of taking the trolley though. 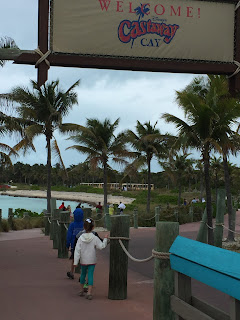 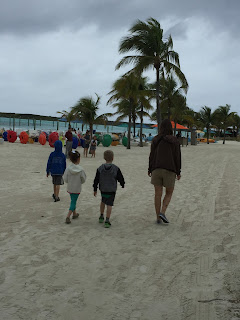 I'm half tempted to do another Bahamian Disney Cruise just to have another chance at Castaway Cay. I'd hope for warmer weather and plan to do the 5K. See, I have my itinerary set -- I just need to get there! 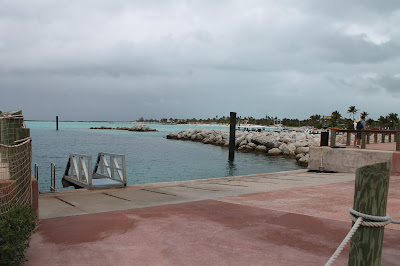 Such a tropical looking paradise. 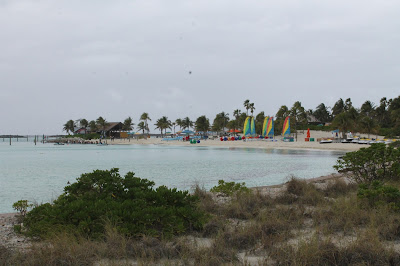 And I can't go too long without taking pictures of flowers! Ha! 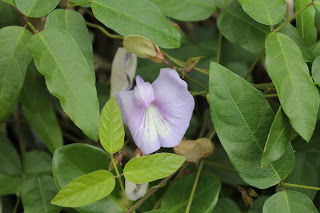 It was always fun to get pictures of us with the ship. It's still kind of hard to believe we actually got to do this. 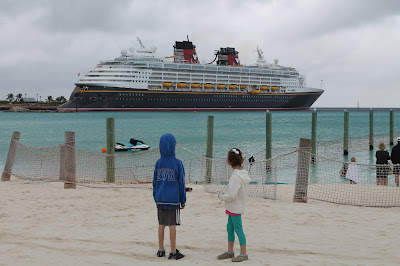 It's a long standing joke in our relationship that Dave hates couple selfies so I know he's in a GREAT mood when he lets me take one of us. And the ship! Ha! 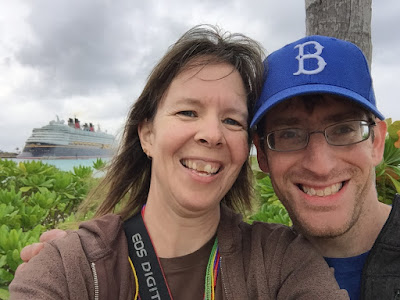 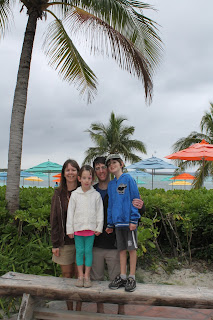 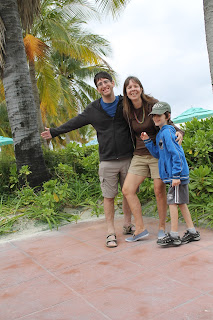 Our whole family on Castaway Cay


The picture on the right was taken by Rachel, in case you couldn't tell. I'm sad we forgot the kids' cameras because they loved taking pictures and always wanted to use the big camera. 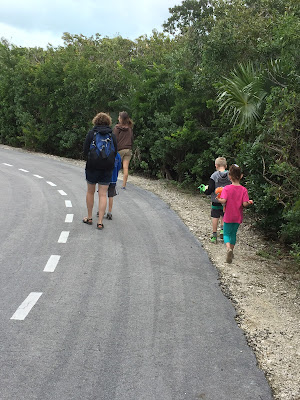 We walked out to the Observation Deck which I think was also the route of the 5K. It was a lovely walk. And from the deck we had amazing views over the island. 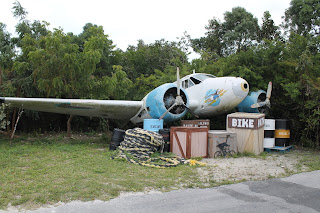 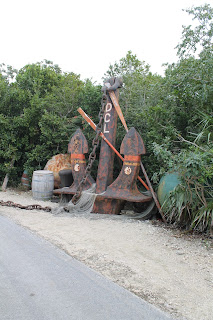 Did I mention Disney does a good job of setting a fun scene? 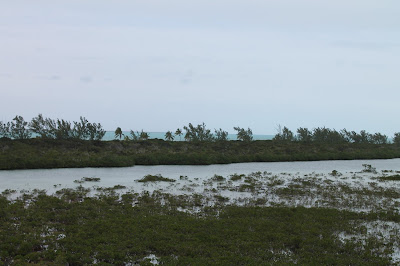 Views of the island, and below, our ship, from the Observation Deck. 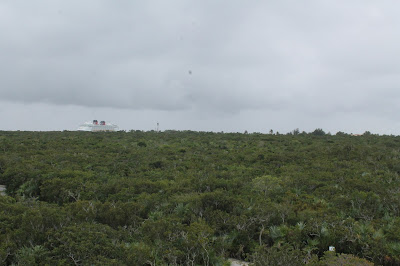 After lunch, the kids wanted to spend some time in the kids' club on the island, and on the way we found Mount Rust-More! 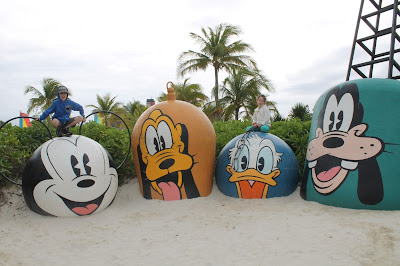 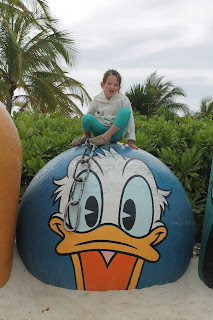 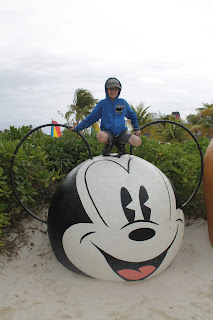 We dropped the kids off at the kids' club and headed out for some adult exploring which I'll tell you about tomorrow because this post is already pretty long!

*You can read about the rest of Day 4 and the end of our cruise here.
Posted by Natasha at 07:12