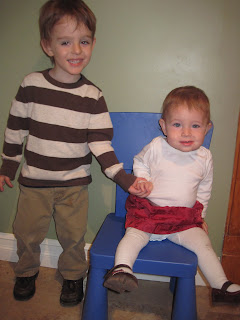 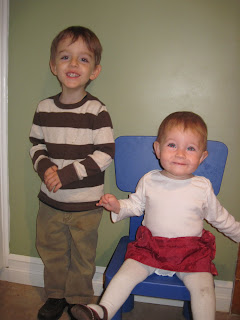 So in December 2011 my 104 years and nine months old grandma died. Grandma Ewert had a strong faith and among her books was one called "Then Sings My Soul: 150 of the World's Greatest Hymn Stories" by Robert J Morgan. It was a perfect book for Grandma as she sang in her church choir until she was about 90 or 95 when she decided "to make room for other people to sing." I have decided that for the foreseeable future, on Sundays, I will pick one of the hymns which we sing in church that day and post the story behind it. I won't write everything which is in the book but just share a couple of key thoughts.

Also, since I haven't been able to regularly attend my church for the past five years (due to the whole living in Alberta thing), I am going to share pictures of Sam and Rachel dressed for church. For years I dreamed of being able to go to church with my own family and now, it is finally happening. (For various reasons, we never found a church to attend in Edmonton and so focused more on life at the synagogue knowing that Waterloo North was waiting for us here.) Today Dave played guitar for the Children's Assembly, Sam attended Sunday School, and I taught Sunday School. Rachel hung out with Janice and Elinor because the rest of us were too busy to be with her :)

Today's song is "Praise to the Lord, the Almighty." (Words can be found here. (One thing I didn't realize until searching for lyrics is that there are up to seven verses for this hymn. I am only familiar with the four I found on the website I linked to.))

Joachim Neander wrote this hymn when he was 30 years old and battling tuberculosis. He died that same year. He loved to walk in a particular valley and when he died the valley was named after him -- Neander Valley. The Old German word for valley was "thal" with a silent "h." In 1856 extremely old bones were discovered in this valley and eventually named "Neanderthals." Sadly, for most of, we associate Joachim Neander's name with the bones discovered in his valley and not with the beautiful, likely familiar hymn he wrote.
Posted by Unknown at 19:03