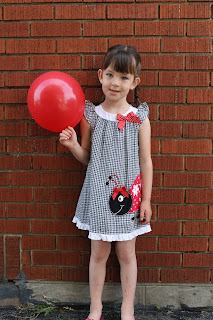 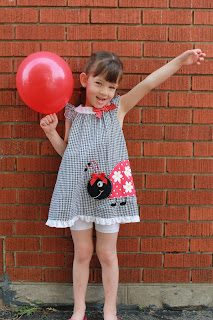 So in case you missed it, Rachel turned six on Saturday! And unlike last year, when I wrote about her birthday party nine months later (you can read about it here), I thought I'd attempt to document this one in a more timely fashion. Ha! (PS. I bought her dress at Cracker Barrel on our Southern Road Trip two years ago. I think this might be the last time she wears it.)

I've received more than one comment about what "cute" or "fun" parties we throw and I have to say, it's all Pinterest. I really can't take any credit for a lot of it, other than finding and implementing other people's ideas! One of our favourite traditions is the age of the birthday child done in pictures from the last year. This was definitely a Pinterest find and one we've done ever since Sam turned four. 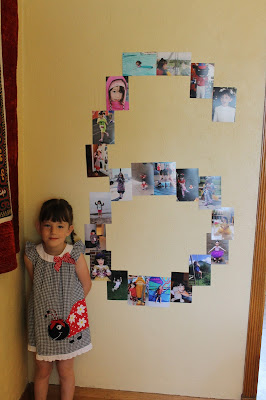 Rachel with her birthday 6!
Dave always does these, and does such a good job of them. 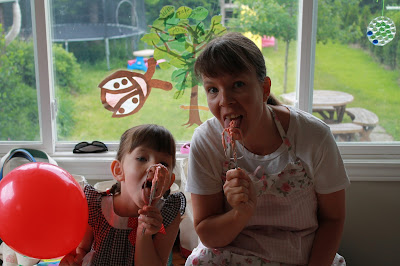 Rachel and I LOVE licking beaters, especially when they're covered with cupcake batter! 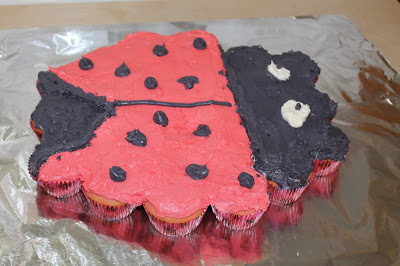 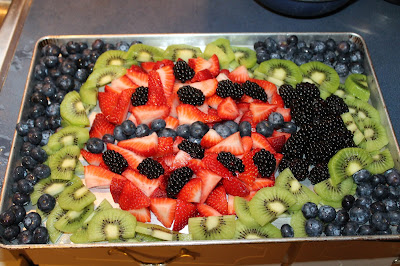 As is also tradition, I found a ladybug fruit tray on Pinterest, and Dave went to work and recreated it. The kids DEVOURED this tray, and since we had leftover fruit, Dave made another fruit ladybug for our evening party. 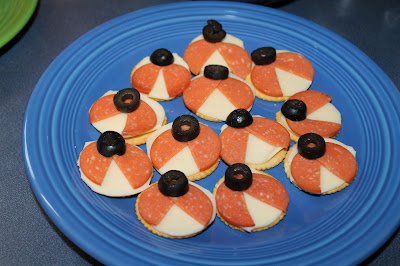 Since her party was in the middle of the afternoon, we didn't serve a meal, but these cute ladybug cheese, crackers, and meat went over pretty well. Although I think only one kid (of six) ate the olives! 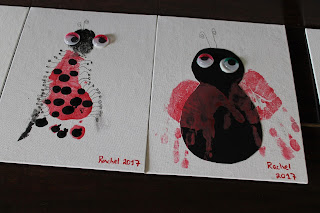 It was hot and threatening to rain for most of the party, so we had the crafts indoors. I found these cute hand print and foot print ladybugs and most of the kids enjoyed making them. Maybe next time though, I will warn the parents that painting may be involved. Ooops :) 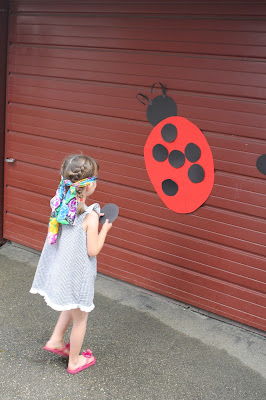 The girls enjoyed playing "Pin Tape The Spot On The Ladybug." We did send them outside for a few minutes so I could clean up the crafts and turn it into the picnic table. 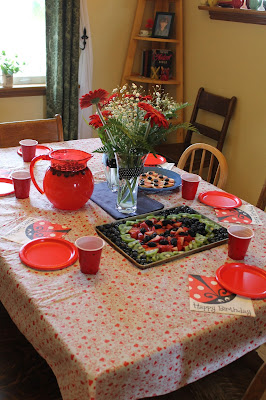 And this was the end result of the indoor picnic. I even "made" Ladybug lemonade by buying some strawberry lemonade and putting blueberries in it.

In the evening we had some good friends and Dave's parents over for a BBQ and more cupcakes. It was such a fun, full, day of celebrating Miss Rachel, our newly turned 6 year old.
Posted by Natasha at 07:34